Things we want to see introduced with PlayStation 5 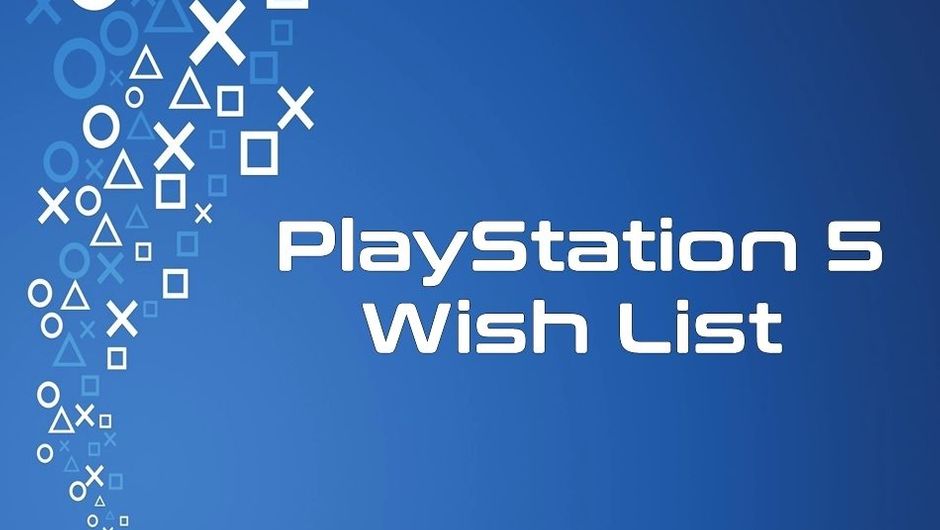 These are the things we'd like to see with the PS5.

There is no doubt that PlayStation 5 will be one seriously powerful device and so we have come up with a list of things that we hope to see introduced with the new console. Backwards compatibility is the one we're hoping for the most.

Many analysts have that PlayStation 5 will at least be announced in 2019, with the likes of Michael Pachter who believes that the console will even be fully released by 2020. However, the only thing that's certain about the PS5 so far is that the console is definitely coming, as was confirmed by Sony's CEO Shawn Layden.

So because we know that a new machine is very much on the way, we've decided to put together a list of some things that we deem to be vital for PlayStation 5. It is of course a given that Sony's new flagship will boast very impressive hardware under its hood, but there are some things that we would like to have with the PS5, other than sheer power.

Sony's most powerful console at the moment is the PS4 Pro. This machine was touted as the first 4K gaming console in the world, but it was later on determined that the Pro uses the so called "checkerboard technique" where it takes one pixel and renders it four times to achieve the . This means that this resolution is in fact not native 4K, and so the Pro does not offer a true 4K gaming experience.

This is the first thing that we want to see introduced with PlayStation 5 - a genuine 4K gaming experience. Sony's rival, Microsoft, have already put out a console capable of native 4K gaming, and so expecting to see at least the same thing with the PS5 is really not out of question. No more checkerboarding, no fake 4K, we want the real deal.

One of the biggest mistakes that Sony made with PlayStation 4 was not allowing the console to be backwards compatible. In other words, you can only play PlayStation 4 games on the system, whereas Microsoft have very much introduced this feature to their Xbox One X which led many players towards buying their console, simply because they want a device that plays all Xbox games, regardless of their generation.

Microsoft Xbox One X is one mighty beast.

This feature is absolutely essential for PlayStation 5 because the library of PlayStation 4 is so great and vast that it should by no means be forgotten when the new console comes out. We've seen this feature in action on the brilliant Xbox One X, and we want to see at least the same thing on PlayStation 5.

Sony's take on VR gaming was quite a success thanks to their PSVR system. It was already quite an impressive device on the base PS4, and with the introduction of the PS4 Pro, the VR library of games was not only increased - its titles were also significantly improved in terms of in-game stability, immersion and FPS.

We expect PlayStation 5 to be a major upgrade to the PS4 Pro, so dishing out a brand new PSVR headset for the new flagship sounds only natural to us.

has two storage options players can choose from, the 500GB version and 1TB. The operating system of the PS4 takes up 93GB of space, leaving only 407GB for games and apps, or about 930GB if you bought the newer version of the console. In the age of digital gaming, this amount of storage can fill up very fast, and while the PS4 does allow users to install an external hard drive with relative ease, we would still like to have more storage options with PlayStation 5.

Year 2018 has seen the release of some mammoth-sized games, like 2 for example, the digital version of which required an astonishing 149GB of hard drive space. Add to this the fact that modern-day games are constantly updated through gigantic patches, and you'll understand what we mean when we say that we would like to have at least a 2TB version of PlayStation 5.

We like our games in digital form for the most part as we find the PS Store to be the most convenient way to purchase our games, and so having as much hard drive space as possible is of utmost importance.

According to various reports, Sony are removing PlayStation Now retail cards from stores in the UK, which suggests that the announcement of Spartacus service could be imminent.

According to the latest rumours, Sony's could host a PlayStation event next month featuring a new look at Hogwarts Legacy.

Guerrilla Games have dropped a brand new trailer which gives us a closer look at the game's tribes.

During CES 2022, Sony have officially revealed a ton of details about their upcoming PlayStation VR 2 and announced a brand new VR game from Guerrilla - Horizon Call of the Mountain.

God of War: Ragnarok has reportedly been rated in Saudi Arabia

God of War: Ragnarok has reportedly been rated in Saudi Arabia

Rumour has it that God of War: Ragnarok has received 18+ rating in Saudi Arabia which suggests the game's development is entering final stages.

God of War: Ragnarok has a placeholder release date set for September 2022

God of War: Ragnarok has a placeholder release date set for September 2022

Sony's big exclusive God of War: Ragnarok is seemingly set for a release in the second part of 2022.

List of PlayStation exclusives confirmed and rumoured for 2022 release

List of PlayStation exclusives confirmed and rumoured for 2022 release

Sony will have a big 2022 thanks to several blockbuster releases and exclusives. Here's the full list of every major confirmed and rumoured PlayStation exclusive for 2022.

Guerrilla Games have shared another trailer for their upcoming action-adventure Horizon: Forbidden West, showcasing the machines that players will meet in the game.