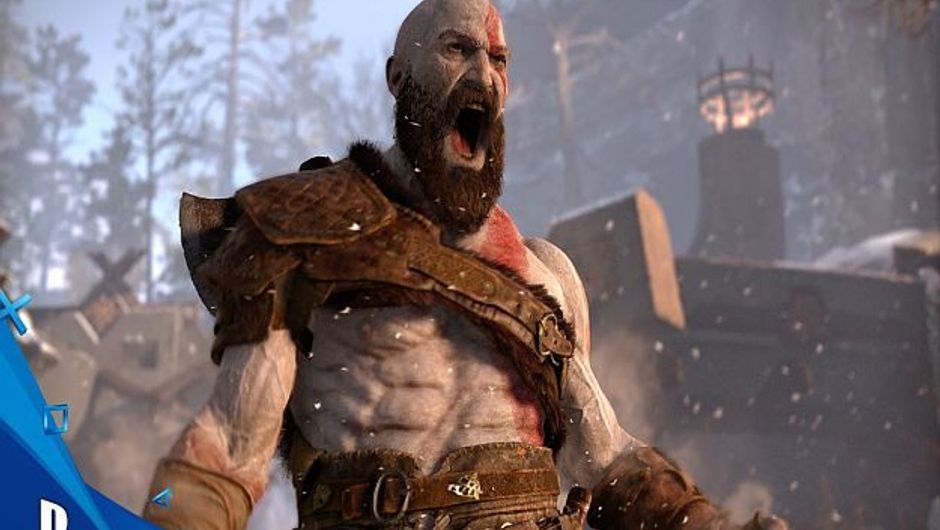 God of War, Spider-Man, Red Dead Redemption 2 - these are only some of the games that are coming out this year, which leads us to believe that 2018 will be one hell of a sweet time for gaming. Here are our top five games that we're looking forward to the most in 2018

With 2018 having only just begun, we decided to make a list of top five games that we are most excited about in this year, not necessarily in any order - except for the last one. That's the one we want the most.

So, let’s get the big one out of the way. Red Dead Redemption 2 is the game we have been salivating for since this generation began. It’s strange to realise that GTA 5 is not an exclusive game for this generation having previously started life on the PS3 and Xbox 360.

One of the main reasons we are so excited for the game is because it’s a new game from Rockstar. GTA 5 was released five years ago, and the release of Red Dead Redemption 2 in 2018 is the longest drought we have had for a Rockstar game by far. They had previously published a new game every year since 1997. 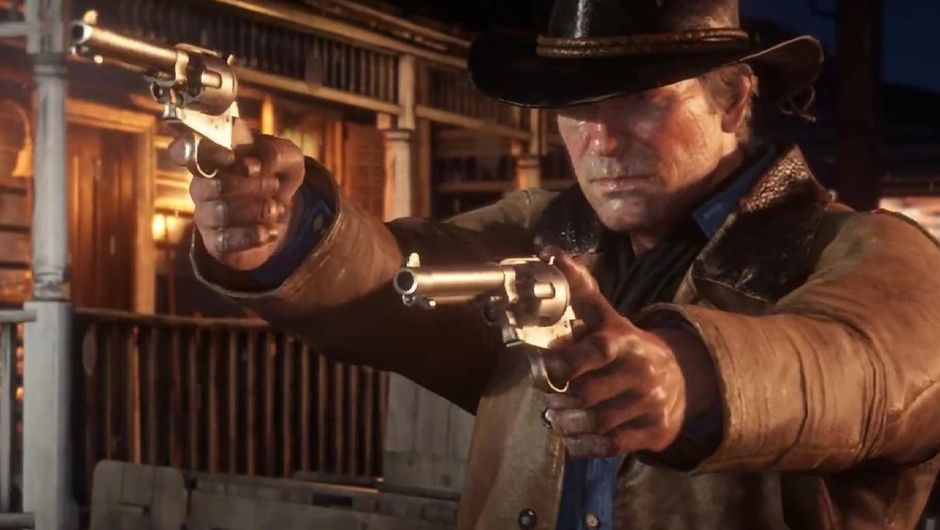 However, a lot has changed since then, with the establishment of lootboxes and in-game currency becoming a mainstay of AAA titles. We would rather Rockstar put a high price tag on the game and not have these cash grab shenanigans in it. 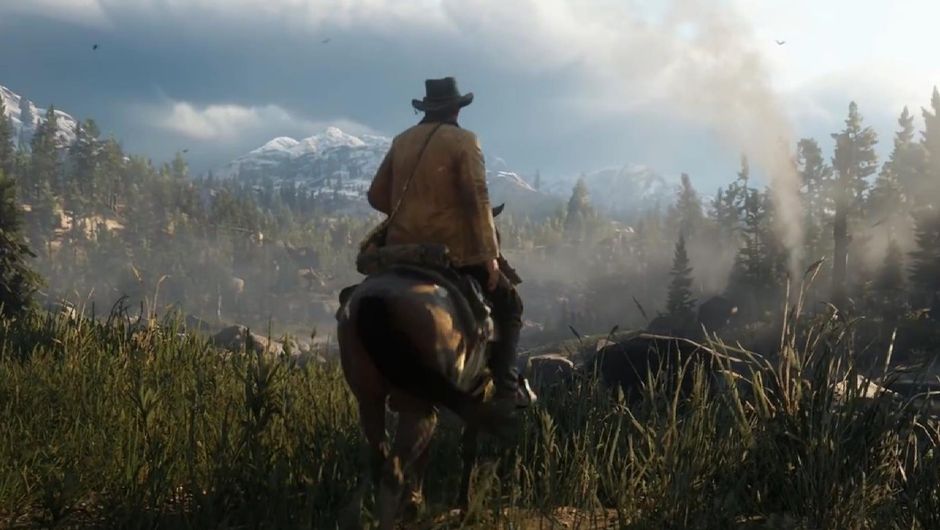 The screenshots and trailer footage looks luscious and vibrant and if the gameplay is just an extension of the first game - we have no problem with this. However, if we don’t get a PC release in 2018, we may add this to the biggest disappointment list at the end of the year.

This one could be a bit of a wild card, but we are looking forward to the new Spider-Man game. The reason why we are excited is that from what we have seen, Spider-Man reminds us faintly of Spider-Man 2 on PS2, Xbox and Gamecube.

Developed by Treyarch, the game loosely followed the film's plot with a few added baddies on the way. Regardless of the groundbreaking physics engine of the time giving us swinging like we have never seen before, the sandbox environment of New York was actually fun and doing side quests and missions felt rewarding as opposed to a checklist for trophies like modern games. 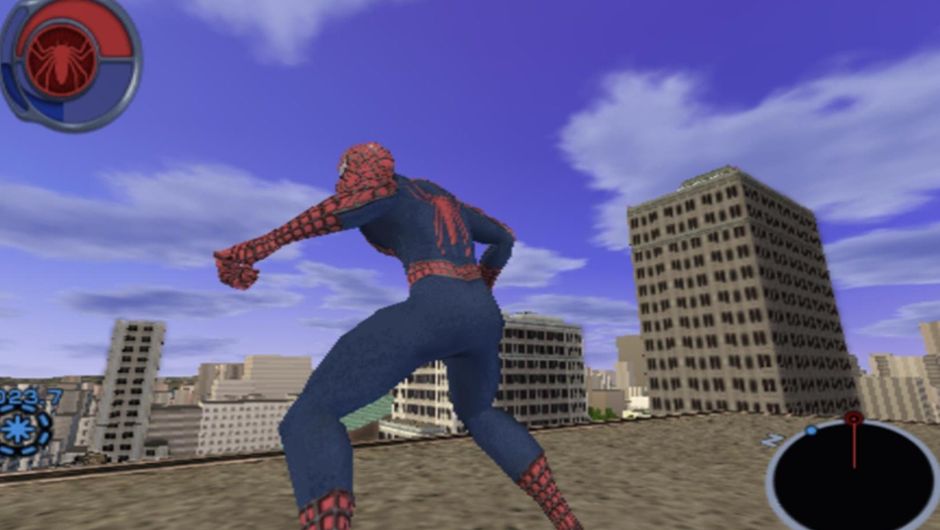 Unfortunately, Spidey never got better with future games. Sure the graphics and physics got better but it just never had that je ne sais quoi. The game's development backstory feels like this could have been a launch title, and is looking to be a traditional killer app in the console wars.

The new Spider-Man is exclusively for PS4, published by Sony and developed by PlayStation’s darling Insomniac games, best known for Spyro and Ratchet and Clank. If anyone knows how to make a third person game - it's them. 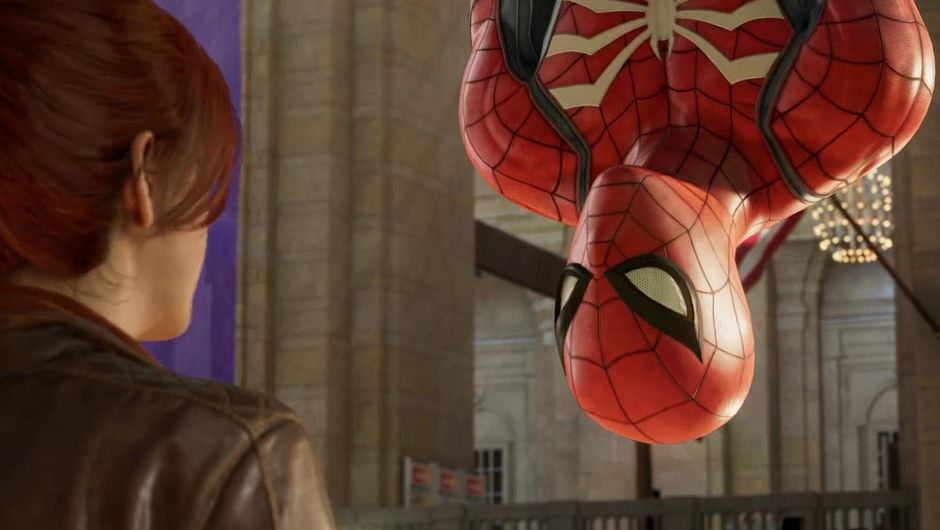 Finally, the main antagonist is going to be Mister Negative, who is a very complex character, and it might be best not to read up on his backstory. Let’s just say that if the game executes the plot well, this could be a game changer for narratively focused games.

It's funny how the synonym for difficult games has changed over the years from Silver Surfer to Dark Souls. These games have broken many a controller. But one of the last generation kings is aiming to take back its mantle from the usurper that is Cuphead - Super Meat Boy Forever.

Originally starting as a mobile port, the game has expanded to become a full fleshed out sequel featuring roguelike levels based on the player’s skill level. We are doubtful that this means the game is going to be easier in the world of stiff competition to be the hardest game, it’s probably going to be a house burner. 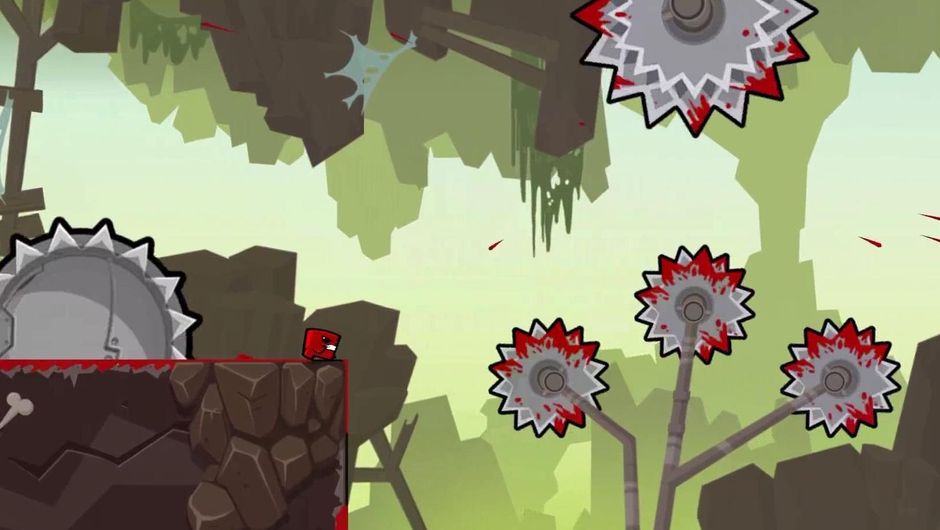 From what we are seeing, it could be decried as merely extra levels as the aesthetics and core gameplay don’t seem to be changing but, really, do you care? Mario did it for his first two Japanese games and no one complained about that.

Santa Monica Studio is coming back with a new God of War game, simply called God Of War. The series is moving from Greek Mythology to Norse Mythology - or Spartans to Vikings. From statements by the devs and published material, the game is looking to be a completely new type of God Of War. However, based on details from the plot, it is a sequel to the original games and will follow a more mature Kratos learning to deal with the rage and teaching his son. 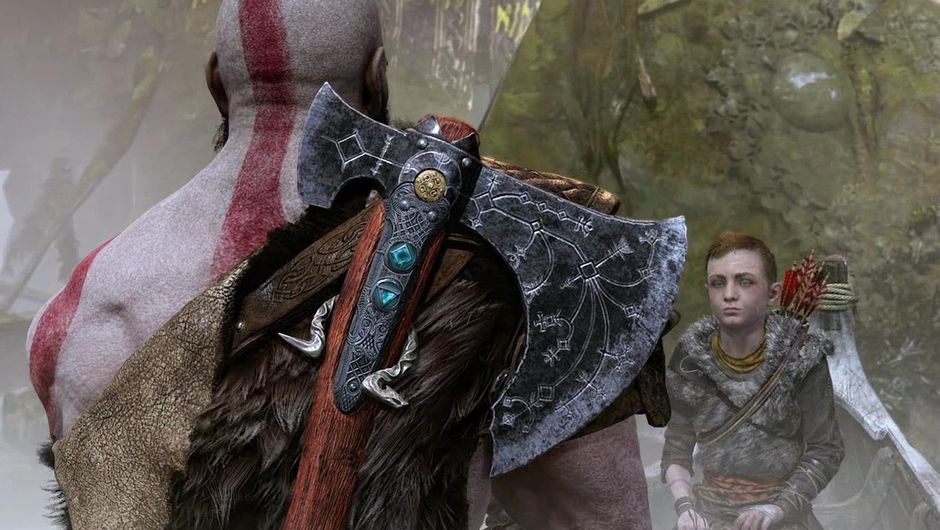 The narrative and changes to the gameplay appear to be working in harmony together. Just as Kratos has learned to control his rage, there will be less of a focus on the hack-and-slash kill everything approach.

Gone are Kratos’ iconic double chained blades, with the weapon of choice now being a battle axe. No more fixed camera angles, with a third person over the shoulder throughout, and, most interestingly, RPG elements with points to improve skills. 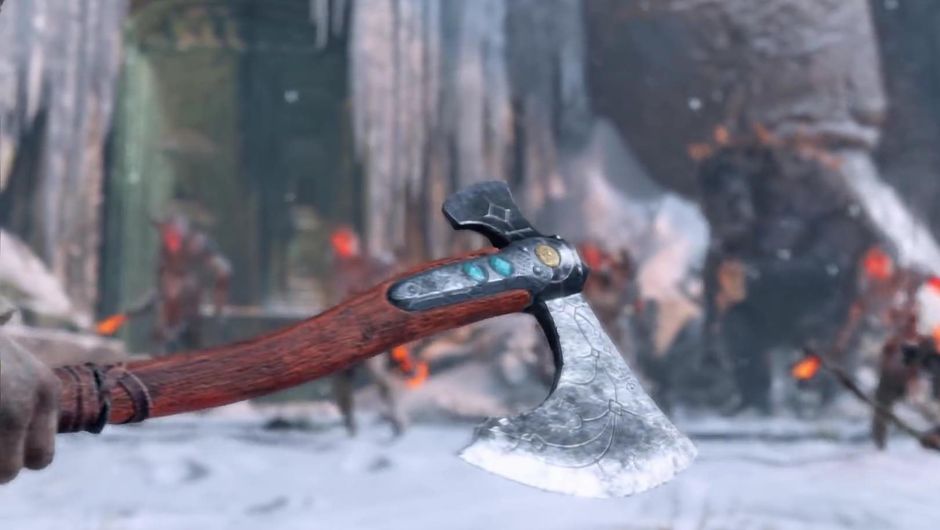 Santa Monica made a big change to the industry with the violently cinematic God of War. We are relatively confident that they can take the franchise to a more mature tone but still be fun.

It’s been over 17 years since the last true HP Lovecraft game, cult favourite Call of Cthulhu: Dark Corners of the Earth based on the Escape From Innsmouth module from the Call of Cthulhu RPG game.

Call of Cthulhu: The Official Video Game is the game we are most excited for in 2018. Like most fans of horror, we are massive Lovecraft fans. The psychological dread that is weaved into At The Mountains of Madness, Shadow over Innsmouth and The Dunwich horror has influenced creatives across films, musics and books for decades now. 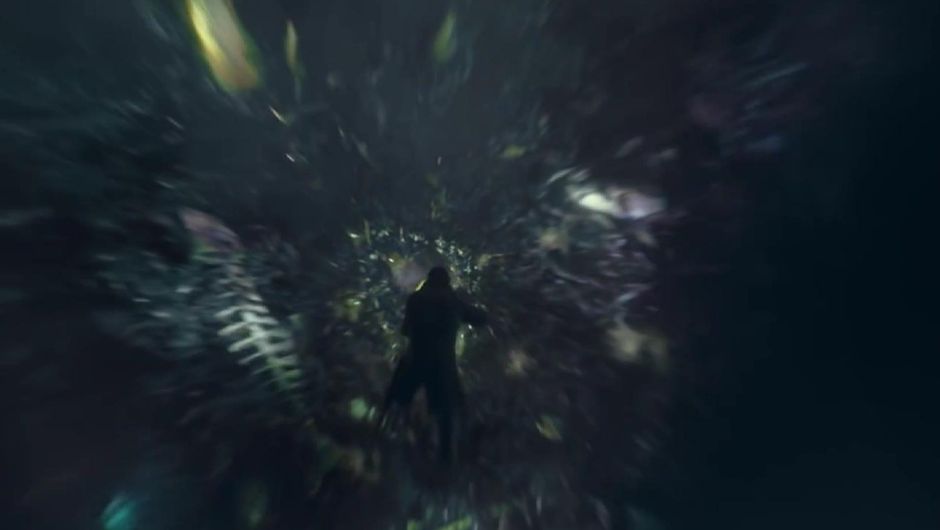 This new game is going to be a slight adaptation of the famous short story The Call of Cthulhu, but more importantly based on the Call of Cthulhu RPG, which we absolutely love. Unlike traditional pen and paper RPGs like Dungeons and Dragons, it’s not about winning or being a hero in this game - it’s about surviving.

Developers Cyanide may seem like an odd pick if you just judge them on the pro cycling games, but they have had moments of brilliance with adapting Blood Bowl and slight disappointment in Game of Thrones. 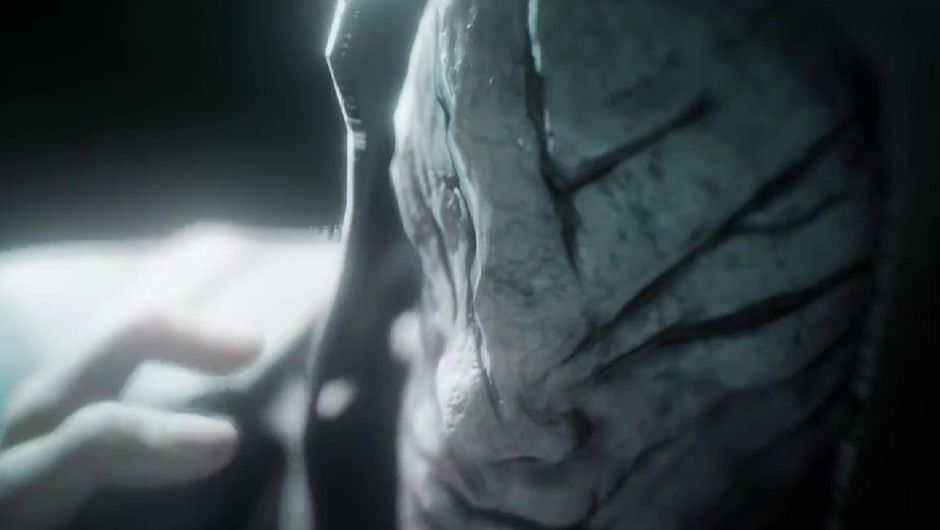 From the screenshots and trailers, it’s clear that they have a full understanding of how to effectively adapt the source material with the game being a detective/stealth/psychological horror. We are hoping this is going to be the game that contributes to the rising horror genre in video games.

Crystal Dynamics are coming out of that whole Square Enix and Embracer trade with a pretty sweet deal.

Rockstar updated the weekly discounts and bonuses in GTA Online but they appear to have derped out with drip feed.

GTA Online has mostly released The Criminal Enterprises drip feed but there are still a few exciting additions we can look forward to.

Rockstar Games made Vigero ZX available in the latest update as new discounts and bonuses popped up in GTA Online.

This week's GTA Online rotation finally brings the weapon drip-feed we've all been waiting for and a vehicle that may not end up all that popular.