Review: Jump Force - the greatest anime game of all time? 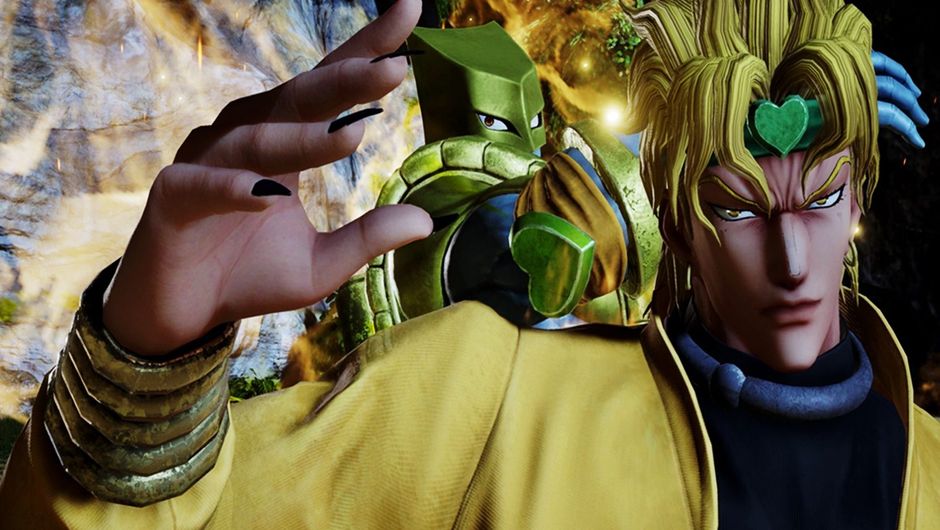 Jump Force is an anime crossover game that features an impressively large roster of characters from different Weekly Shonen Jump series. The game ticks all the right boxes with ease, but is it the greatest anime title of all time?

After a number of closed and open beta sessions, character teasers, reveals and introductions - the full version of Jump Force is finally here. But before we start with our review, let's make a short recap of what this game is actually about.

It is a 3v3 arena fighting game published by Bandai Namco. Being an anime crossover title, the game is absolutely massive as it features an impressive roster of over forty playable characters from the Weekly Shonen Jump universe. Nine more fighters will be joining the game's lineup as DLC content in the future.

In case you don't know, Weekly Shonen Jump is a best-selling anime and manga magazine in Japan. Owned by Shueisha, it belongs to a line of magazines called Jump, and it features all the popular anime and manga characters that are well-known in the West as well. Dragon Ball Z, Naruto, One Piece, Bleach are only some of the series that belong to this magazine.

So Jump Force is essentially a game that will give an answer to a myriad of discussions that we're sure you've had if you're an anime fan. Are Naruto and his Kyuubi powers enough to take on Goku in his Super Saiyan form? Could Luffy fight his way around the mighty Susanoo of Sasuke? All of these questions, as well as any others you can think of, can be answered in this very game, so it's safe to say that Jump Force is pretty much a dream come true title for all fans of the genre.

We've been playing the game non-stop ever since we got our hands on it, and we've been loving the experience for the most part. There are a couple of things that we'd love to see fixed, but we'll get to that in a minute. We want to start this review off by giving praise where it is due, and the first thing that simply has to be brought up are of course the graphics. 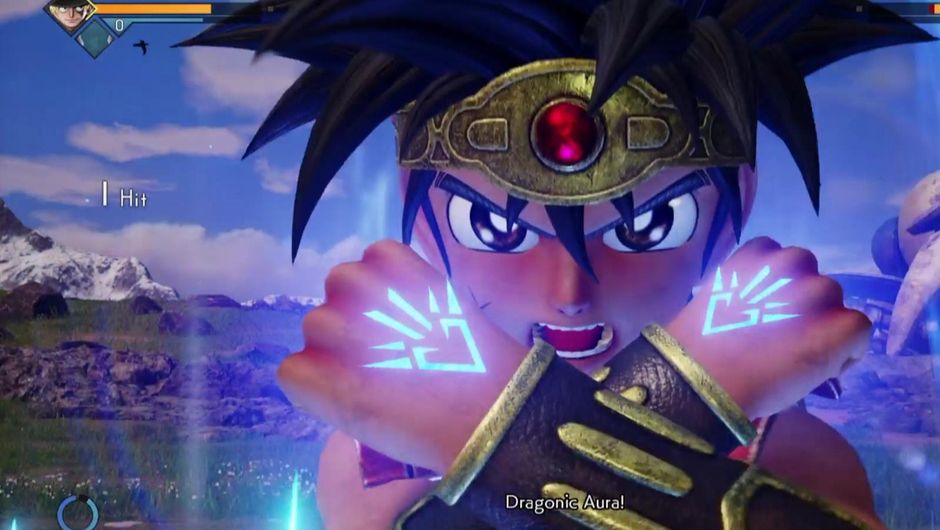 Yes, we are aware that there's an insane amount of proper eye-candies out there, but Jump Force is truly something else, especially for an anime title. The art style is nothing short of perfect - it is just flashy and colourful enough to do the anime style justice, but there's also a certain hint of realism thanks to Unreal Engine 4 which adds a whole new dimension that not many anime games normally go for.

For example, the arenas look gorgeous - from the vivid green blades of grass to the chillingly beautiful snowy mountain terrains. Another impressive touch is the way the fighters look after a battle with their clothes completely destroyed and their bodies visibly damaged from all the intense fighting. If there's one area where Jump Force absolutely shines, it is surely the graphics department.

Bandai Namco Entertainment The attention to detail in Jump Force is top notch. 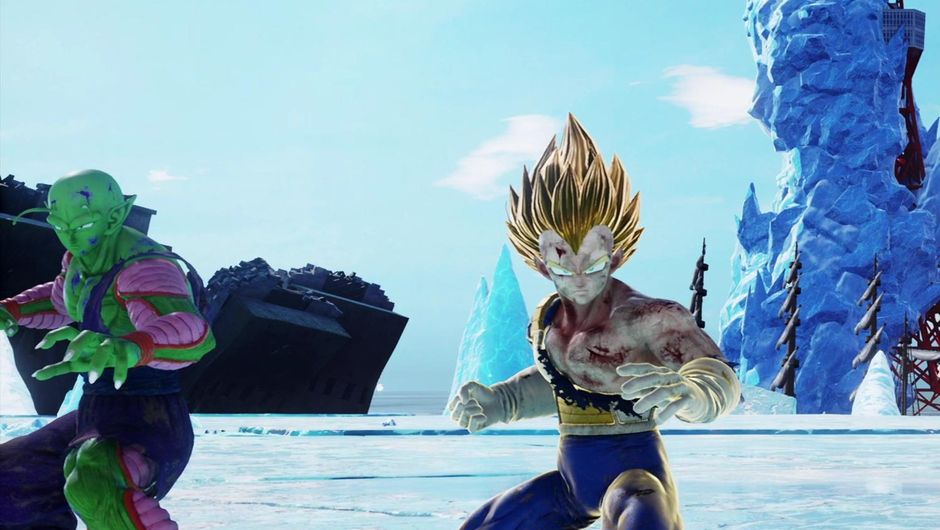 The story of the game is interesting and neatly explains the reasoning behind the realistic looking visuals in an anime game. For the sake of keeping this review spoiler free, we will just say that a certain villain has managed to merge the two worlds together - the real world and the world of Jump.

By using the evil, black cubes he is able to control all the popular heroes and have them do his bidding. Your mission is to break these heroes free from his control and to recruit them to join the J-Force so you can restore things to how they once were.

The start of the game takes you to a character creation screen, where you get to create your own custom fighter. Apart from editing your character's looks, you can also choose between three unique styles of fighting: ninja, pirate and DBZ-like warrior.

Bandai Namco Entertainment You can fully customize your own fighter. 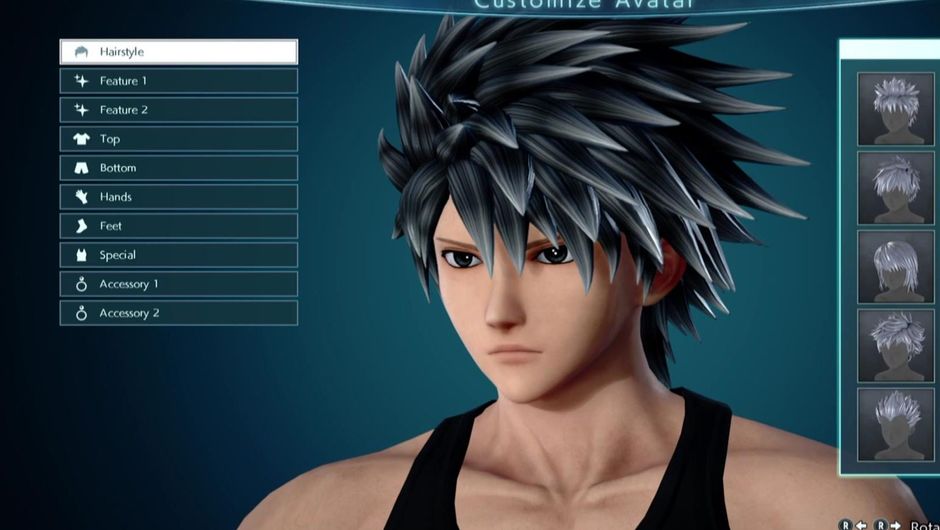 You will then need to choose which of the three teams you want to belong to. There's Team Alpha led by Goku, Team Beta led by Luffy, and Team Gamma led by Naruto. After choosing your team, you will become an official member of Jump Force and you will start going on missions. And herein lies one of the problems we have with the game.

Namely, some of the missions can get a bit too repetitive. Without going into too much detail, we'll just say that certain missions have you do the same thing over and over again. For a crossover anime game that's absolutely filled with series with fantastic stories and characters, we find this lack of imagination to be downright disappointing.

Now, when it comes to gameplay itself, the game plays blazing fast and feels exceptionally fluid. Our platform of choice for Jump Force is PlayStation 4 Pro and we haven't experienced any frame drops in any of the game modes. A thing that may put certain players off though, is the fact that the game utilises the shared health bar system. 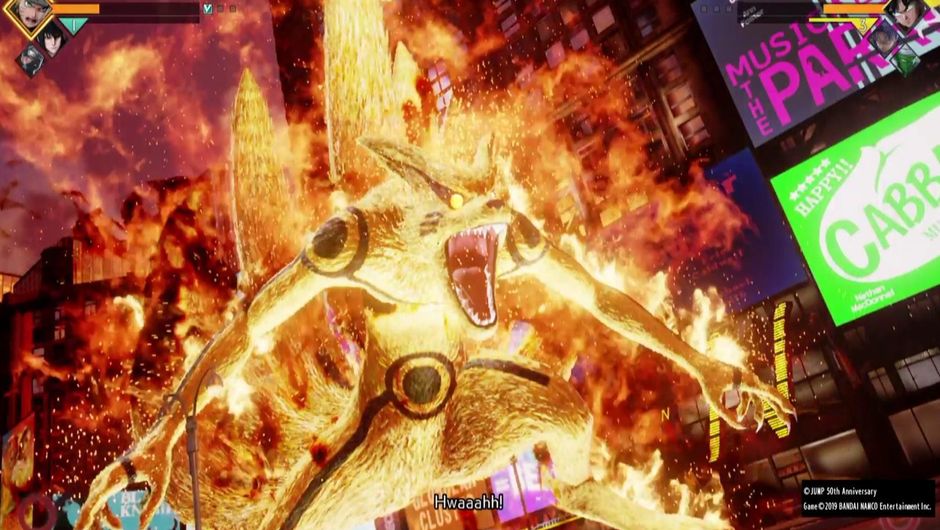 This means that all three characters from your team share the same health bar, so it's not the standard case of team anime fights where players have to beat every character individually. While this implies that players have to strategically choose the members of their teams and switch between the three at the right time, we understand that some players may dislike this system.

The switching of the characters mid-battle is very smooth and, if executed at precisely the right moment, can serve as a perfect counter or even as a combo attack. Although Jump Force can be classified as a button-masher from the first glance, nothing could, in fact, be further from the truth.

The game is all about correct planning and execution. And of course, hyper fast reflexes - due do the fast-paced style of the game, you cannot afford to let your guard down, otherwise you will be blown to dust. 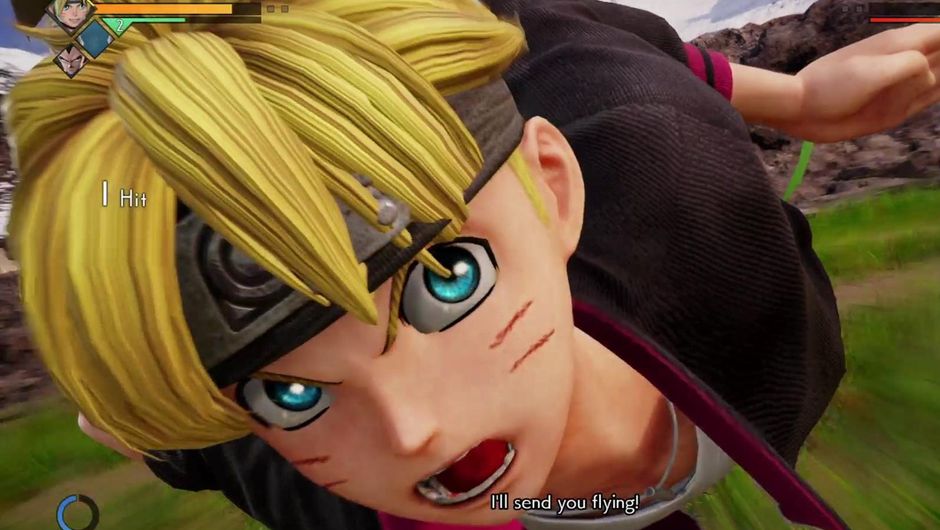 Another feature that we like is how true the game's characters are to their actual selves in their respective shows. Right before the match starts, while the fighters are still sizing each other up, the main member of your team will say something that he normally would in the actual anime he or she belongs to.

One thing we should note is that the game features Japanese voices only, as there is no English dub. The reason for this is the licensing nightmare Bandai Namco would have to go through given the fact that the game's characters come from a variety of different anime and manga series. So players who grew up watching their favorite shows in English, might find this fact to be a bit of a letdown.

The matchmaking works very well in both Ranked and Friendly matches, and we have not experienced any lag or connection issues during our online battles. An interesting feature of the game is that, while matchmaking is taking place, you can practice fighting with your team against the CPU.

These fights go down in a custom arena, and it's truly a great way of drawing your attention away from waiting for an opponent to be found, which, in itself, is reasonably fast as well. 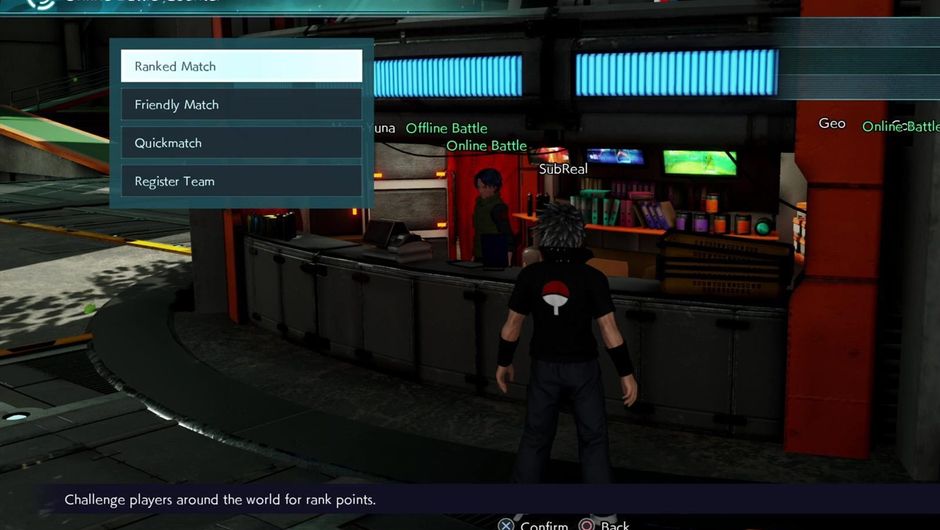 The controls of the game are a pretty simple and straightforward affair - square and triangle for light and heavy attacks if you're on the PS4, or X and Y buttons if you're on the Xbox One. To perform a special move, such as the Rasengan for example, you simply hold the R2 or the RT button - depending on your platform, and press the corresponding button from the menu that pops up in the lower left corner.

This is all pretty standard stuff and is the way controls usually work in anime games. By keeping it simple like this, connecting combos and performing special and ultimate attacks is a breeze, which is very welcome indeed given how amazing these flashy moves look.

Our biggest problem with Jump Force however, are the game's painfully long loading times. The fact that we stare at the loading screen far more often and much longer than we'd like has managed to break our immersion way too many times for comfort.

This waiting period is especially emphasized right when you finish a match, because you go from hyper fast action to a dull looking screen that takes ages to go away. We sincerely hope that this issue gets fixed in the upcoming patches. 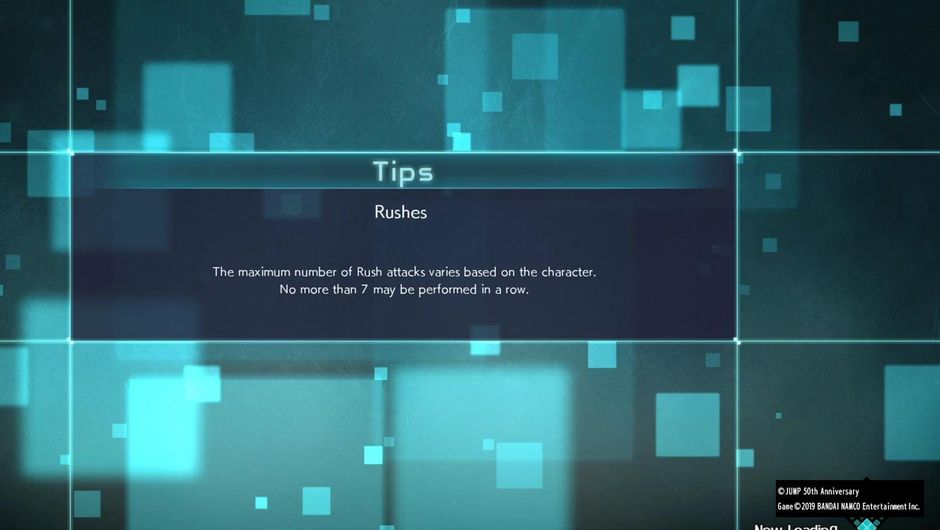 In conclusion, Jump Force is an absolute must-play for every anime and manga fan in the world. And even if you're not a fan of anime but you like fighting games, we still recommend that you give Jump Force a shot.

Despite the game's terrible loading times and an arguably lackluster story, its awesome fighting and breathtaking visuals are very much worthy of all the praise. And with more characters joining the roster in the future, the experience will only keep getting better and better, and we strongly suggest you join on the fun.

We at AltChar give Jump Force a well-deserving 8/10.