Another original fighter to join Jump Force's ever growing roster 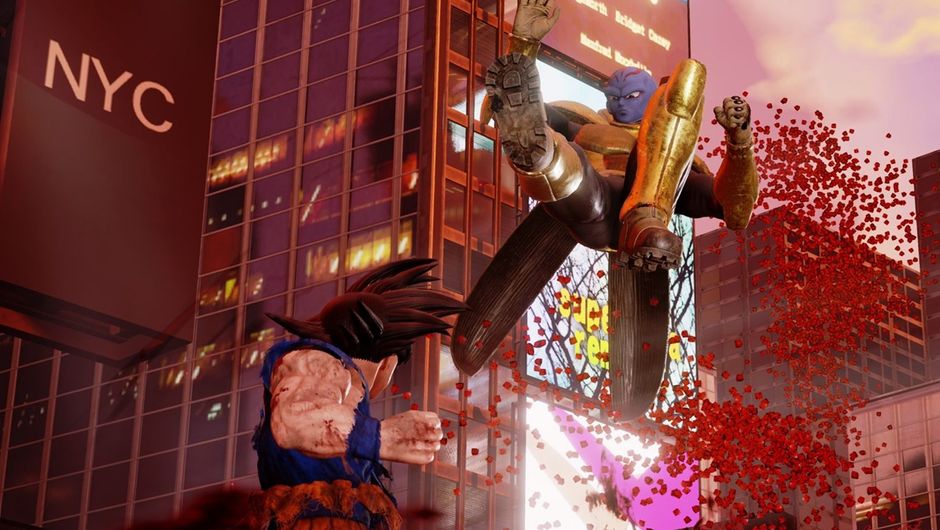 Bandai Namco will reportedly be adding a new original fighter to Jump Force's lineup very soon. Joining Kane and Galena, the game's true antagonist and final boss, Prometheus, will be added to the roster as part of a free update this fall.

Jump Force's roster has seen a pretty decent growth since the game's release date in February. With a variety of Weekly Shonen Jump characters players can choose from, the game offers a thrilling experience thanks to its exhilarating style of gameplay.

Fighting as some of the most iconic characters from the anime world, such as Goku, Naruto and Ichigo, is a blast in every sense of the word. But this experience gets even better thanks to some newly added DLC characters, like Seto Kaiba, All Might and Biscuit, with loads more fighters on the way.

Challenging Yugi to battle with Seto Kaiba is far from your regular Yu-Gi-Oh duel. Forget your cards and duel disks - in Jump Force, Obelisk the Tormentor and Slifer the Sky Dragon throw down for real.

Apart from the manga characters we all know and love, Jump Force features some original fighters that were designed exclusively for the game. Two of these warriors have already been added to the game - Kane and Galena. This villainous duo was part of a free update so their addition was very welcome news for all fans of the game. And now it looks like another original fighter will soon be joining the game's roster.

Namely, the game's main antagonist and final boss, Prometheus, will reportedly be added to Jump Force this fall. The news comes from , who is a well-known source of information in the anime gaming world.

However, since Bandai Namco themselves haven't made any official announcements thus far, we suggest you take this information with a grain of salt, but, in all honesty, with ryokutya2089 behind the leak - it is as good as confirmed.

With the addition of Prometheus and the remaining six DLC fighters, Jump Force will boast as many as 52 characters in its roster. Having so many different heroes and villains to choose from makes one thing absolutely clear - Jump Force is nothing less than a must-play for all fans of the anime fighting genre.