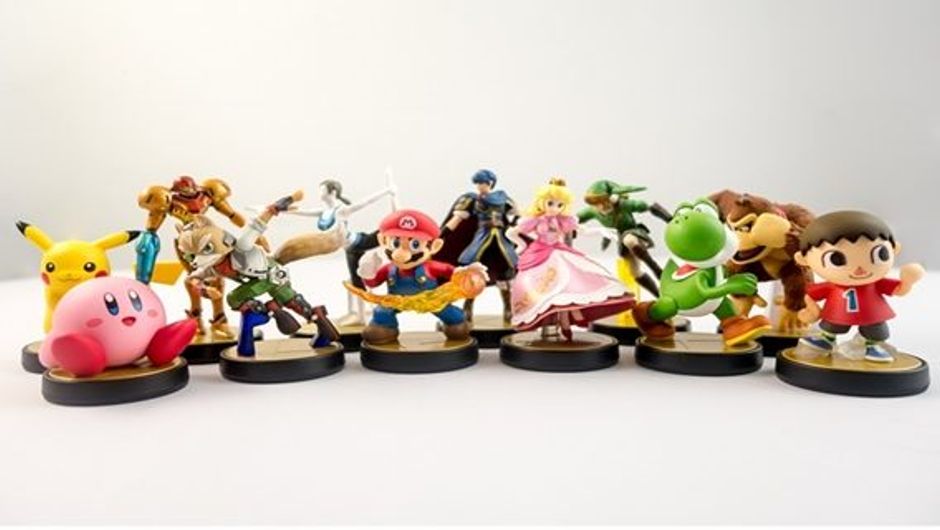 We want much better amiibo support on the new Switch.

Here's a list of things we'd like to see introduced with Nintendo Switch 2.0, which is bound to come at some point, given Nintendo's usual console production cycle.

Okay, so, first things first - a Nintendo Switch version 2.0 has not been announced. Nothing is official. Do not rise to the speculation. That being said however, Nintendo do have a tendency to release new versions of their consoles as time progresses. Especially when it comes to their hand-held devices.

For Gameboy we had the original, the Pocket & the Light.

For Gameboy advance we had the original, the Advance SP & the Micro.

For Nintendo DS we had the DS, the Lite, the i & the iXL.

So it’s safe to assume that a Switch 2.0 is coming at some point. And personally, we think it needs to come. We do love the Switch and if you are a subscriber to our , you will see all the reviews we have done.

But we have some major grips with the system that need addressing, so let’s get into it.

The Nintendo Switch dock is a complete design failure. It feels so flimsy and having to assemble the thing by putting in the wires inside the cheap plastic frame makes you realise how low quality it is. We would have expected quality like this from a bad third party but not from Nintendo themselves.

Nintendo The dock is a massive design failure.

We would like to see a better quality dock that has the wires already inside it. And, like many people, one that does not run the risk of scratching your screen.

The audio options on the Nintendo Switch in both docked and portable mode cause serious issues for us personally in capturing footage of games. But for us as regular users it gives a lack of potential for any improvements in the sound quality. The console only has two audio options, linear PCM 5.1ch only via HDMI when in docked mode, and a stereo headphone jack.

In docked mode, it’s not easy to get a full surround sound experience as you have to convert the PCM 5.1 audio into Dolby Digital 5.1 to get a full experience. There are many forum posts of users complaining about this and trying to figure out a solution.

The lack of optical audio out, USB, bluetooth or any other method restricts the sound quality you can get out of the machine in portable mode and docked mode. Although a game can look pretty, it’s the sound that is going to help in immersing you, and the Nintendo Switch in its current form is failing at that.

The Switch is a small console for grown adults or children with oversized hands. I mean look at the size of the Joy Cons: approximately 4.02 inches high, 1.41 inches long, and 1.12 inches deep.

Nintendo The Joy Cons are way too small for players with oversized hands.

They are just too small for many grown players. We want to gorge when gaming and we ignore the warnings to take a break because that’s our right! But Nintendo, you are hurting us with this. Literally, we are getting cramp. We accept the cramp in our bums from sitting on the toilet, but the cramp in our hands when playing is not fun.

Carrying on with the JoyCons and the Pro Controller. Can we please sort out the analogue sticks? They are too stiff and, quite frankly, they feel like a D-Pad with a stick on top. They have not got the fluid motions when compared to the PS4 and Xbox controllers.

At the moment, the Nintendo fanboys are waiting as patiently as they physically can for the virtual store to open, and for Nintendo, Super Nintendo, Nintendo 64, Gamecube and Wii games to be dripped fed to us in the store for over inflated prices. And, like suckers, we are going to buy them. But what we really want is the DS library. Unleash that glorious beast to us.

They could have done that with the Wii U because the potential was there with the dual screen hardware, but we were denied - denied a Professor Layton console version, come on Nintendo!

Nintendo Professor Layton - the Wii U version we never got.

However, to do this, the Nintendo Switch would have to support dual screen. We are not suggesting how to technically do it. USB C to HDMI perhaps? Just please do it! The Wii U had so much potential, it’s insane. Don’t make the same mistake as before.

And finally, more amiibo support. Make every developer that comes near your offices put amiibo support in it. Players need to be able to justify all their purchases. And, so far, the uptake for amiibos on the Switch has been rather poor.

Nintendo We want much better amiibo support on the new Switch.

Dex might get a sequel, according to Steam Award nominations

Dex might get a sequel, according to Steam Award nominations

Dreadlocks Ltd seemed to shelf Dex games for several years but a glimmer of hope appeared for the fans as Steam Award nominations came about.

Arc System Works announced River City Saga: Three Kingdoms in a surprise reveal of the release date which is actually not that far off.

Fall Guys' Blunderdome is about to become home to some special new features. The upcoming season will bring new and improved Rounds, costumes and Rewards.

Motion Twin released the Everyone is Here update for Dead Cells, opening the doors for several protagonists of other fantastic indies.

Innersloth's first-evet Cosmicube partnership is now live in Among Us. The devs have partnered with Riot to bring characters from Arcane to the Cosmicube.

Warner Bros' Suoer Smash Bros-like brawler has previously leaked and now the company seems to be hyping the fans up for a proper reveal.

Brawlhalla is celebrating its sixth anniversary with a log-in bonus, two more Skins, a fresh Podium and a delicious-looking emote.

Rocket League's Season 5 "Blast Off" will kick off by the end of the week. The new season brings rewards, a fresh Rocket Pass, the Starbase Arc and a limited-time mode.

Warframe's Prime Resurgence event coming ahead of the free expansion

Warframe's Prime Resurgence event coming ahead of the free expansion

Digital Extremes is unleashing a limited-time Prime Resurgence event that will give the players a chance to stock up on some exciting items before the new expansion lands.

League of Legends' Ziggs stars in the new rhythm game

League of Legends' Ziggs stars in the new rhythm game

Riot Forge announced a brand new game that features League of Legends' favourite demolition nut, Ziggs, as he dances through the symphony of destruction.