The problem with games being ported to the Nintendo Switch 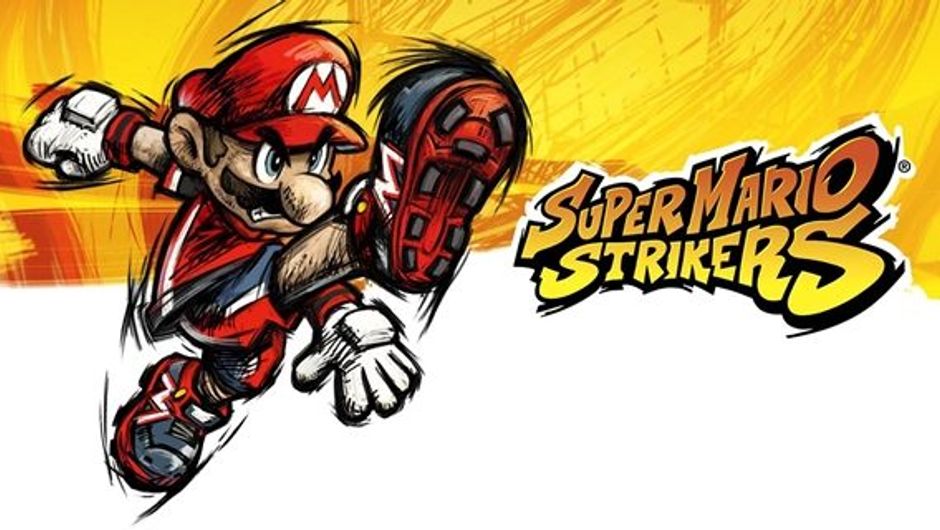 FIFA 18 and Stardew Valley are great examples of Nintendo Switch ports that tell us what this console does bad and good. Read on or watch our video to learn more.

Today we'll do something a bit different - we are going for a bumper review of FIFA 18 and Stardew Valley on Nintendo Switch.

So the FIFA 18 we got on the Nintendo Switch isn't really FIFA 18 like on the PS4, PC or Xbox One. When they were first talking about making the game it was originally announced as FIFA for Nintendo Switch or FIFA Switch - something along those lines. This was an honest move on EA’s part to differentiate it from FIFA 18, to make it clear to consumers that they are not getting the full FIFA 18 experience. But then they had to change it to FIFA 18 to fleece the consumers. We talked about this briefly in our previous video comparing the graphics on the PS4 that you can watch . 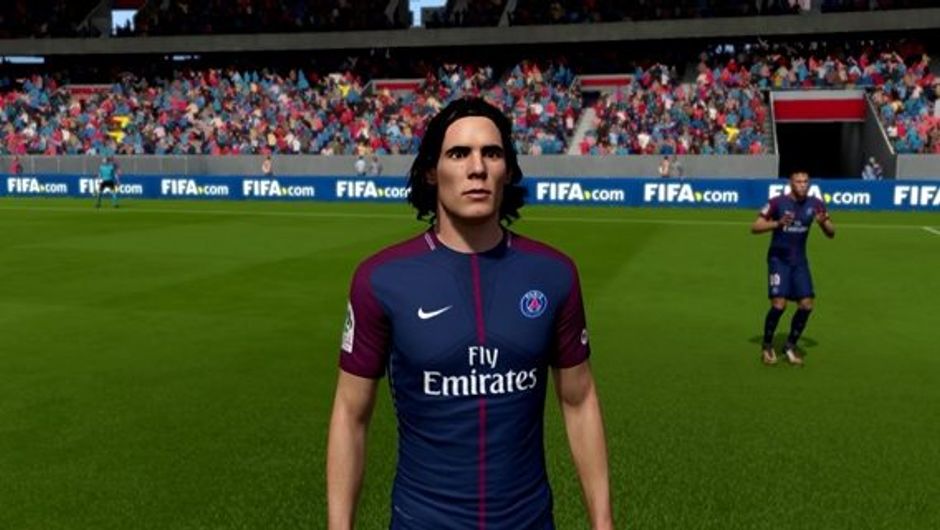 This showed us the limitations in the hardware of the Switch with it being unable to run the Frostbite engine. The Switch is a last generation console. Its hardware is more applicable to the PS3 and Xbox 360. That is why FIFA 18 lacks many features on it. For example the big career mode, The Journey, is gone, which is a shame because it shows a lack of understanding on how to effectively use the Switch. 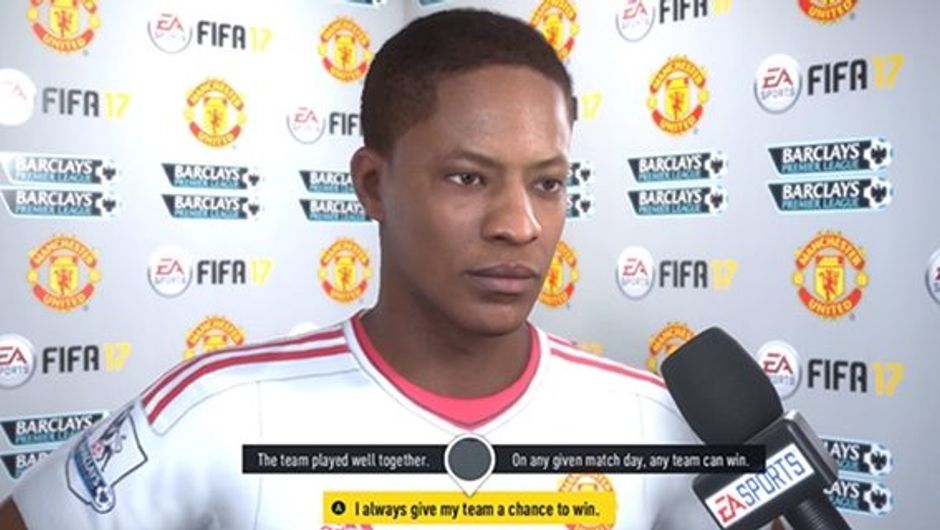 The Switch is an offline console, it is not necessarily a console for online gaming. This is mainly due to the portable nature of it and also Nintendo’s restrictive approach to allowing online player interaction. Portable consoles are offline standalone single player experiences. Online multiplayer has been attempted with the PS Vita, but it never really worked.

EA still has FIFA shackled to online with Ultimate Team, which really gets on my nerves. It would be so much better if the game didn't have that as I would be able to grind the Ultimate Team challenges when I’m commuting or sitting on the toilet at work. Then come home, put it in the dock and play away online. But even with online you are restricted as Squad Battles and Weekend League in Ultimate team are gone from this version as well. 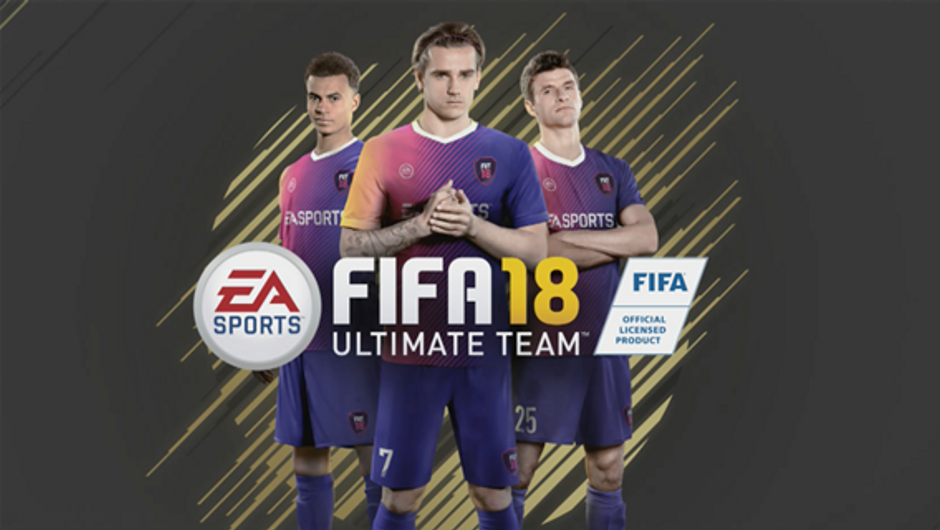 Alas, there is not much here. There is no Journey to operate my time but the standard league, cups and be a pro - which is good, but not really of this generation. It’s a lacklustre game and so far, most probably, the only football game on the Switch. Until Nintendo releases Super Mario Strikers.

At the same time, Stardew Valley has been ported over to the Nintendo Switch, which is the perfect game for the console. If you have not played this game yet and you have a Switch - this is a must-buy. Even if you have played it and own it on another console, it’s still close to being a must-play.

Stardew Valley is referred to being spiritually inspired by Harvest Moon, but it's not. It’s just Harvest Moon shamelessly copied and there's nothing really wrong with that. Give it twenty or so years, then you can call yourself a spiritual successor. I mean, if this game came out in the Super Nintendo era, it would have been called a complete rip-off. 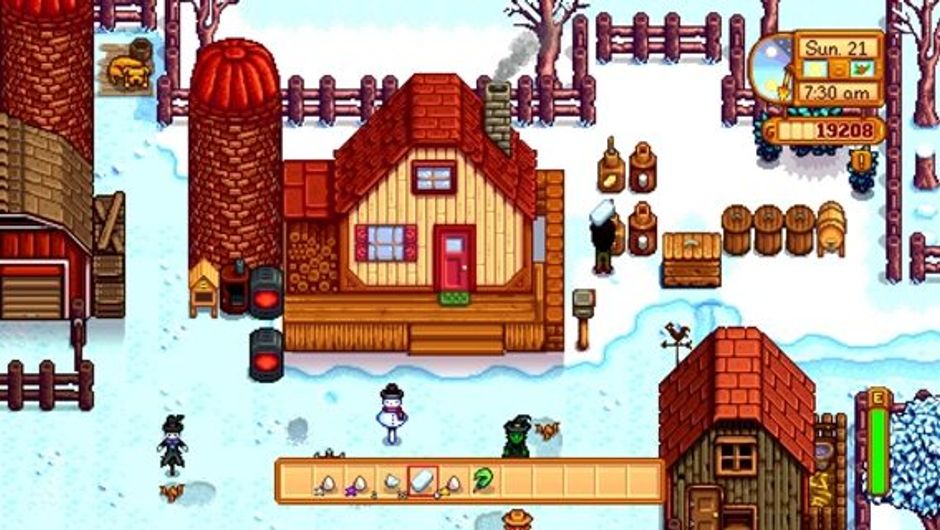 It’s funny how the passage of time changes our opinions with our lack of memory. Everyone's loving that Call of Duty has gone to World War 2 as if it’s a great innovation. Ten years ago we were all moaning about too many WW2 games.

Anyway, Stardew Valley works great for the Switch. I have played Stardew Valley on the PC a few times and it's nice, but the problem is that, although mouse and keyboard controls do work, they don't work as well as a normal controller. As much as Steam is trying it with things like the Steam Link and Steam Controller, for the majority of people, Stardew Valley is played at a desk.

Chucklefish The game is seriously addictive 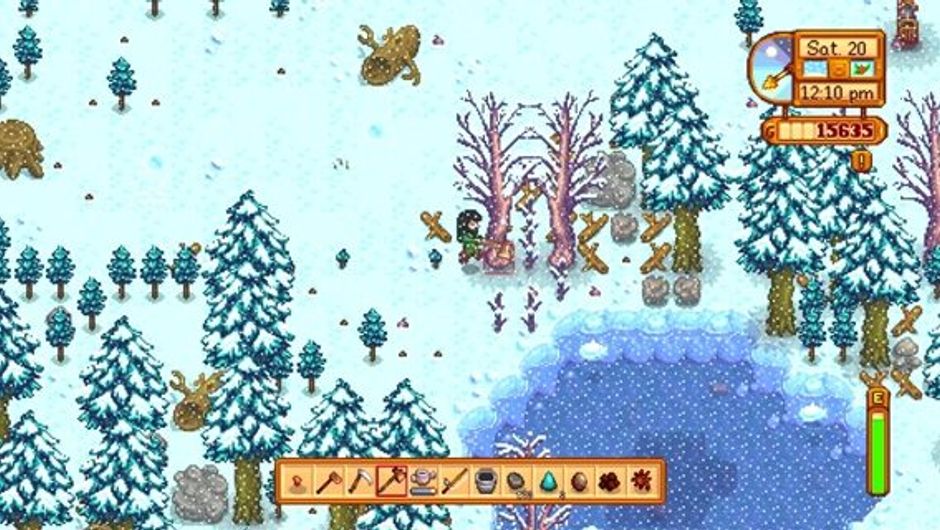 The gameplay is great. We've had the switch since the release of the console and we've reviewed most of the big games, with the exception of Mario Rabbids Kingdom. Well actually we did remove that, it’s at the end of the Pokkén Tournament DX  .

Stardew Valley is the game that I am sinking the most time into and I just cannot stop playing it. The game just effectively works, I've found myself on the couch for two to three hours while the dogs are waiting for the dinner playing Stardew Valley. I've nearly missed my stop a few times playing Stardew Valley because the gameplay of it just makes you want to keep going.

A day lasts roughly about 15 minutes with an hour lasting 45 seconds, so a game that's actually supposed to be quite calm and relaxing about running a nice farm with a Super Nintendo RPG graphical style is actually quite a demanding game to play.

Chucklefish The game is not as relaxing as you would think 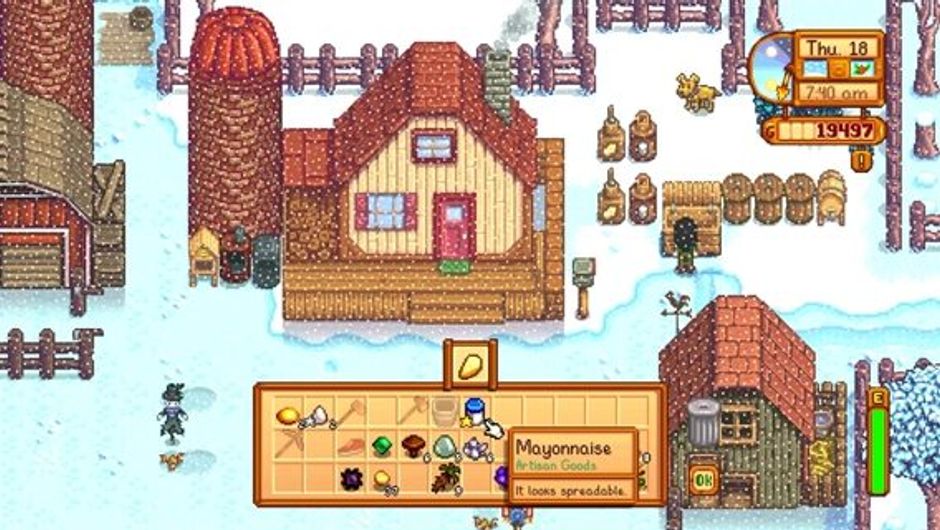 As soon as a day starts you are on the clock you want to get your plants watered, milk your cow and get your chicken eggs right before 9 o'clock. Then you go down to the shop get the stuff that you need. And maybe, just maybe, you've got time to head to the mine and go fishing.

There are issues with Stardew Valley on the Switch that are becoming indicative of games being ported over. No-one is really utilising the other elements of the hardware. There is no touch screen which would have been sweet in this game. No creative use of the rumble and no Amiibo support.

When comparing these two games, I think the main thing that we can say is that the Nintendo Switch is not going to have great ports of current generation games. We're not going to see a Call of Duty, Battlefield, Battlefront, Assassin's Creed or Fallout 4. We're not going to get them because quite simply the console isn't strong enough. L.A. Noire, a great game from 2011, is being ported over to the Switch and they are charging full price for it.

Rockstar Games L.A. Noire to be charged at full price 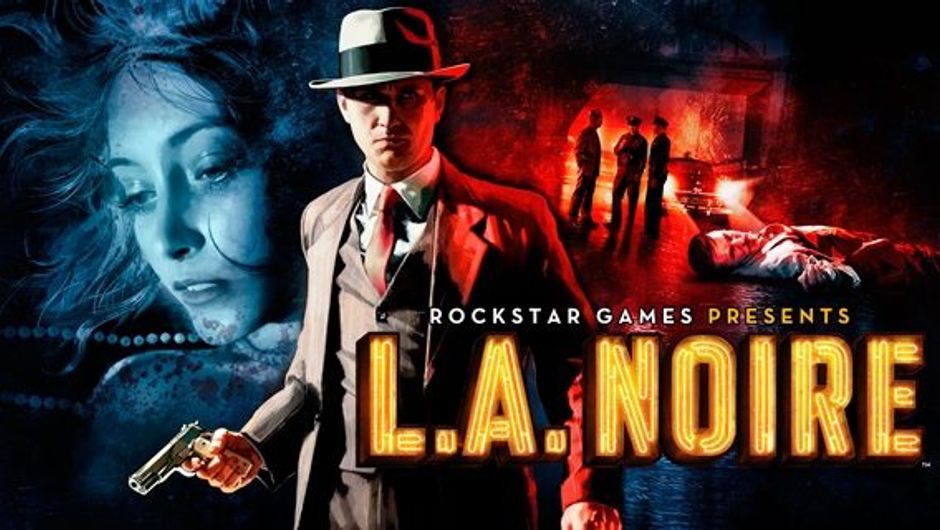 What the Switch could end up being, and we hope it does, is the very best of Steam and indie games. We are already starting to see it with games like, Stardew Valley, Super Meat Boy, Rocket League, The Binding of Isaac Axiom Verge.

The Switch with its Nintendo family friendly image means that the next generation of gamers are not going to be restricted to AAA publishers. They will be liberated by having access to great indie titles. That is why we suggest that you don’t buy any games that are current generation ports on the Switch. Stick to the indie games you haven’t played yet and you will not be disappointed.

A brand new Battlefield 2042 update goes live across all platforms on September 27. It includes a new vehicle, Renewal map rework and much more.

The rumours were once again true. EA Motive studio are indeed working on a brand new Iron Man game, which is confirmed to be a single-player action adventure.

Japanese studio Koei Tecmo and Electronic Arts have announced a partnership to bring a new AAA fantasy IP to life.

EA finally came to some sense as they decided to bring back elements of Battlefield that have been absent from recent entries and appointed a new studio to get it done.