Top 5 games that will most likely get delayed in 2018 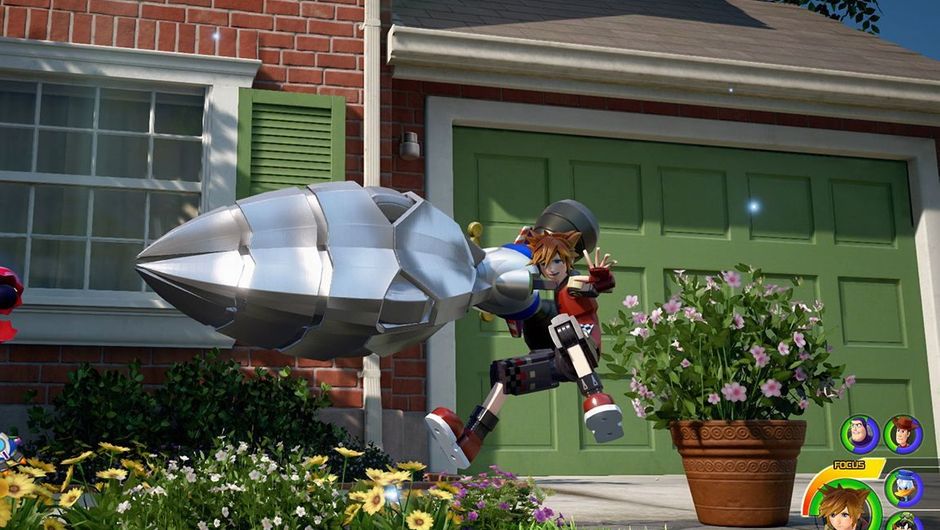 As we move into 2018, we at AltChar have been tracking the stars and gazing into our crystal ball and we are ready to make some predictions for games that will not be coming out in 2018, even though they have publicly stated to come out this year.

There is tremendous pressure at every games conference for developers and publishers to announce that they are making a new game. They have to be seen like they are constantly doing something so that they are perceived as relevant. Throw out some screenshots, a title screen and a few seconds of gameplay to get the fans going. Let the hype wheel move itself down the hill.

But for all of these announcements, there are some companies that you can trust for their release dates and some you cannot. Mainly do not trust Square Enix. To quote Jim Sterling, they are “addicted to announcing things”. Here are five games that we think will most likely be delayed in 2018, even though they've already been announced to come out this year.

So, right off the bat, let’s get the Square Enix game out of the way. Kingdom Hearts 3 has been baiting the hearts of Disney and Anime fans alike. The game has united them into an unholy alliance around a great core game series, but it has been in development for so long. It was formally announced at E3 2013 but had supposedly been in production since 2006.

There have been vague mutters and mentions of the game throughout the years to keep the fire burning. Hell, in June 2014, a short teaser was released. But soon after, a faint smell of Duke Nukem Forever began to appear. In October 2014, Tetsuya Nomura worryingly declared that the development team had switched to Unreal 4. Any student of gaming history would clearly know that change in game engines means development hell.

If Square Enix had a definitive date for Kingdom Hearts 3 they would be shouting it from the rooftops - not giving a vague 2018 date.

Shenmue was the game that was going to make the Dreamcast. Production and marketing for the console cost over £34 million. At the time, it was the most expensive game ever made. Sega was clearly committed to this franchise before the first game was even released as some of the costs covered Shenmue 2 and the unreleased Shenmue 3.

It was originally planned to be developed for the Dreamcast but due to the dwindling sales of the console, its games and the huge losses Sega incurred between 1998 and 2000, it did not seem financially viable for Sega to develop this game.

At E3 2015 during Sony's press conference, series creator Yu Suzuki announced that Shenmue III will be crowdfunded. Strangely, it didn’t seem like Sony was going to be funding this game. Instead trying to get the fans to do it. Did they not believe in the game? Well the fans certainly wanted and believed in the project. They hit their goal of £1,5 million in 8 hours with 69,320 backers. For a brief one month period Shenmue 3 was the fastest-funded game in the history of Kickstarter.

Its release date was set for December 2017, although this was delayed to the second half of 2018. So we have a legendary unfinished franchise for a game that is over 10 years old and relying on Kickstarter to get finished. This doesn’t even need to check a star sign for. This ain’t coming out in 2018.

Our prediction: an announcement for PS5 in 2020, with the game finally coming out in 2022.

Bloodstained: Ritual of the Night

Before Shenmue was the biggest Kickstarter game we had Bloodstained: Ritual of the Night by Koji Igarashi. Bloodstained is to be a spiritual successor to Castlevania, which Koji Igarashi had been the series producer from 2001 to 2010.

Before Hideo Kojima’s dramatic exit from Konami, Igarashi got out first in March 2014. He made a public statement expressing concern for differences in the directions the company was going: "For the longest time, when I was working at Konami, I was protected by my company. They took care of me. Now I'm kind of anxious."

Now out of a job, news of the success of the Kickstarter for Mighty No. 9, a Mega Man-inspired game produced by the former series producer and artist Keiji Inafune, inspired Igarashi that this could be a similar route to obtain funding for a new game. And we all know how Mighty No. 9 turned out. If you don’t, the game was panned and went through development hell.

505 Games Bloodstained: Ritual of the Night

By July 2016, the game was in production with an anticipated release for 2017. But three months later, they brought in a second studio to help with a release planned for 2018. Not surprising, during this time, the Wii U version was dropped in favour of development on Nintendo’s blossoming Switch.

Like most Kickstarters, the delay was to match the campaign stretch goals, which, in hindsight, could have been a bit too much. Backers are not going to be happy about this, and very few auteurs actually produce the good when they have unlimited time and resource.

Currently, the release date stands at March 2018. With no definitive date and with March only two months away at the time of writing, we don’t think we are going to be seeing the game this year.

If any game was worthy of the crown of the next Duke Nukem Forever, Beyond Good & Evil 2 is it. The original Beyond Good & Evil game, released in 2003, was critically praised and gained a cult following, but was considered a commercial failure.

The game's creator, Michel Ancel, said in a May 2008 interview with a French magazine that the Beyond Good & Evil sequel had been in pre-production for a year, but was yet to be approved by Ubisoft. In 2008 and 2009 we had some trailers. But nothing else. Year after year went by, and if you searched any list for most anticipated games of the coming year, Beyond Good & Evil 2 was on it.

However, during E3 2017, a trailer was released confirming that the game would be a prequel. So, as opposed to changing the games engine, they have decided to change the whole narrative. I’m gonna go on a limb here and say that changing a whole plot and narrative is more work than changing an engine.

Rumours stoked by fans are saying the game is going to be released on Christmas, 2018.

Square Enix announced they would be releasing Final Fantasy XVI a little later than fans may have expected.

Ubisoft enraged The Division 2 player base as they announced a delay for the next title update that was supposed to refresh the stale game.