Review: Mortal Kombat 11 - The most brutal entry of the series 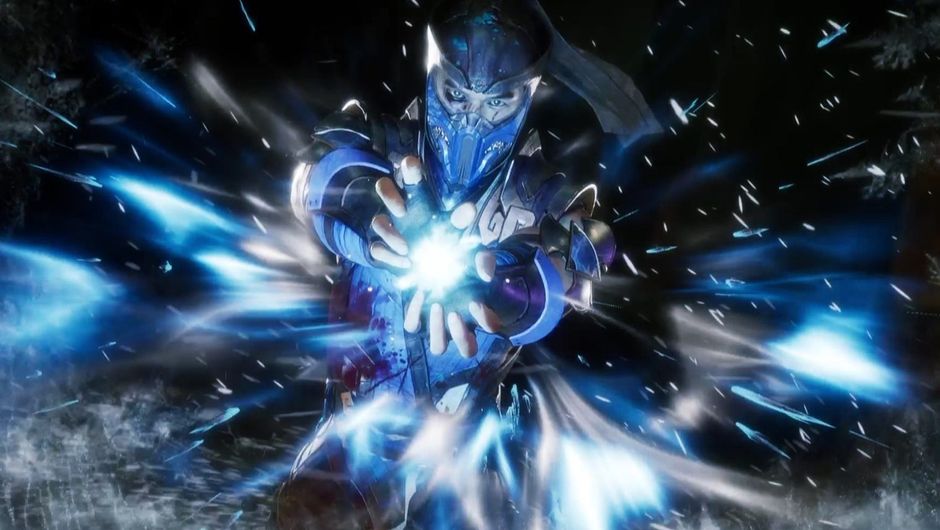 Mortal Kombat 11 is by far the most satisfying entry of the series. Filled with gory violence that makes Mortal Kombat so wickedly lovable, the game is an absolute masterpiece, despite some downright shady micro-transactions practices.

Every iteration of Mortal Kombat has presented us with some phenomenal yet extremely violent fights, and Mortal Kombat 11 is no exception to this. Building on the success of Mortal Kombat X, the new edition of this popular fighter by NetherRealm Studios deals with the events that took place back in 2011, in Mortal Kombat 9.

Mortal Kombat 11 has once again managed to prove that fighting games can have a good story. In fact, the story of this game is nothing short of superb. From top notch voice acting to strikingly good looking cutscenes, every chapter of Mortal Kombat 11's story takes players on a nail-biting journey.

In order to keep this review spoiler-free, we will just say that Raiden has finally managed to overdo it with messing with the timelines of the universe. Being hell-bent on protecting the Earthrealm at any cost, his ambition turned him into a dark version of himself who will stop at nothing to achieve his goals.

As noble as his intentions may be, Raiden's cruel torment and decapitation of Shinnok awakens Kronika, the Keeper of Time, who decides to completely wipe the current timeline and start anew, but without Raiden. Re-writing history and removing the immortal Raiden completely out of existence is the sole goal of this powerful new antagonist and her subordinates.

The story is captivatingly interesting, so much so that we could not wait to beat the enemy we were facing just to see what was going to happen next. A lot of fan-favorite characters make a comeback too, thanks to Kronika's powers, and seeing them remade with the current-gen technology was some seriously delicious icing on the cake.

The fighting in Mortal Kombat 11 is as excellent as it has always been. Fans of the series will instantly recognize and be very much accustomed to the way the gameplay feels, as its basics have essentially remained the same with some interesting new changes and additions here and there.

For example, the X-Ray moves of Mortal Kombat X are no longer present as they have been replaced by Fatal Blows. This move can be used when a player's health bar gets depleted to and below 30 per cent, and should it be blocked or dodged, it can be used again after a short period of time. It does a great deal of damage and is definitely a handy skill for clutch situations.

Warner Bros. Fatal Blows have a very fitting name, if you ask us.

All the gruesome fatalities are still very much present, and they are more brutal than they have ever been thanks to the game's fantastic visuals. Those who like Mortal Kombat for its exceptionally violent tone will be more than satisfied with what Mortal Kombat 11 has to offer.

We've played the game on PlayStation 4 Pro, and we have experienced zero performance issues. It runs buttery smooth at 60FPS and the loading times are fairly quick as well. We are also glad to report that, unlike a good number of modern-day titles, Mortal Kombat 11 does not make our PS4 Pro sound like a jet engine, even after hours of constant play.

Mortal Kombat 11 offers a variety of game modes players can choose from. There's the standard versus mode where players can take on other players in a couch co-op setting or online, the iconic Towers mode, the Krypt and an amazingly extensive practice mode that is guaranteed to turn even the biggest of newcomers into highly skilled players if they decide to invest time into what this mode has to offer.

The Towers are iconic to the Mortal Kombat series, and this iteration of the game brings two different approaches to this mode. The Klassic Towers offers everything fans know and love, including the endless mode known as Survivor.

Towers of Time on the other hand, have fallen into a bit of a controversial zone as their difficulty is frustratingly hard at times, and it is this mode that introduces players to the game's virtual currency system.

Each stage in Towers of Time has modifiers that affect every match differently and in order to beat a certain stage, players are often forced to use a consumable item that will help them reduce or negate the effects of the modifier and thus increase their odds of successfully winning the match.

The reason why this mode is sure to divide the game's audience is because the consumable items that are sometimes an absolute must if a certain stage is to be cleared, are unlocked via lootboxes which are scattered throughout the immensely large Krypt.

Opening these lootboxes costs Koins, which is a variety of the game's virtual currency, and more often than not - the loot will not be something that can be used in the Towers of Time, rather, it will be something that's essentially useless for gameplay, such as concept art for the game's characters and stages.

Warner Bros. Opening a lootbox in the Krypt costs quite a few Koins.

While earning Koins is not exactly the most difficult of tasks, it does present players with a tedious grind, all at the mercy of lootboxes that may or may not make said grind worthwhile.

Skipping the grind will, as you can imagine, cost real life money through micro-transactions known as Time Krystals, and given the fact that the sole presence of the questionable grind is likely to coerce some players to reach for their wallets really casts an ugly shadow over an otherwise brilliant game.

Fortunately though, the consumable items are only good for the Towers of Time mode and cannot be used elsewhere, but it is still an ugly practice in our eyes nonetheless. Other in-game currencies include Hearts and Soul Fragments, all of which can be earned by grinding through the game's modes, so those who care about fancy cosmetics will have to sit down and truly earn the look they want to go for.

The visuals of Mortal Kombat 11 are seriously impressive, with character models looking downright fantastic. Featuring the retro skins of some fan-favorite fighters, Mortal Kombat 11 ticks all the right boxes for newcomers and long time fans of the series alike.

Add to this the amazing soundtrack that makes you very much pumped for some gory action of beating your enemies to much more than a mere bloody pump, and the sensational voice acting that brings every cutscene to life, and you've got yourself one absolutely immersive experience with Mortal Kombat 11.

With everything said, Mortal Kombat 11 is an absolute must-play for every fan of the genre. Whether you're a hardcore fanatic of Mortal Kombat or just a casual player who likes dynamic fights that can sometimes be a bit out there, Mortal Kombat 11 will more than satisfy your needs.

The grind and the ugly paywall behind it do take away from the overall experience, but the numerous game modes, the stunning visuals and the fighting - the very core of the game - more than make up for the shady micro-transactions practices.

We at AltChar give Mortal Kombat 11 a well-deserving 8/10.

Xbox Game Pass is getting enriched with another batch of games soon, with one of the best fighting titles of the modern-day numbering among them.