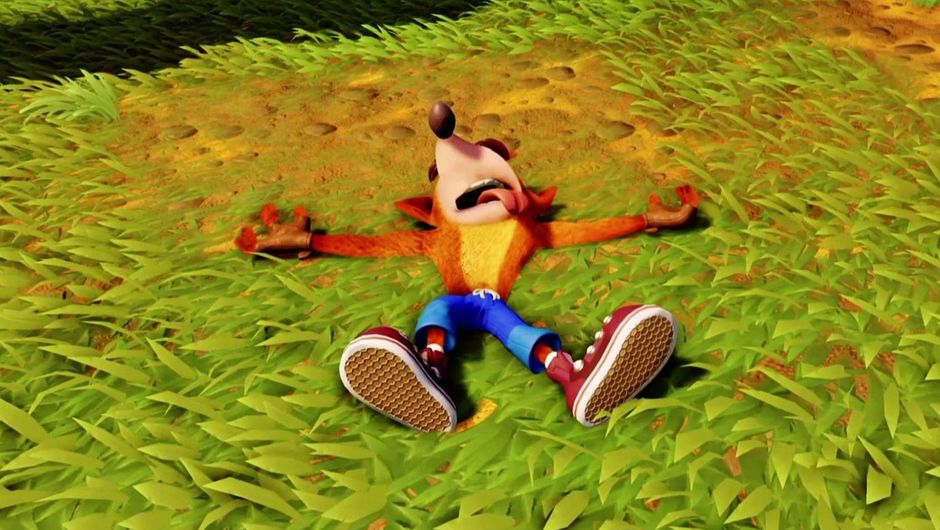 Crash Team Racing Nitro-Fueled is a phenomenal remake of an absolute classic. Developed by Beenox and published by Activision, the game plays and feels brilliant, although some may find its overall difficulty to be a bit off-putting.

With the enormous success of Crash Bandicoot N. Sane Trilogy, it was only a matter of time before fans of this iconic marsupial got their remake of Crash Team Racing from 1999.

The team over at Beenox had the honour of bringing one of Naughty Dog's most beloved titles back to life with modern-day visuals, all the while staying true to the original formula. And the result is Crash Team Racing Nitro-Fueled: a thrilling kart racer that's every bit as fun and challenging as we remember it from back in the day.

One of the most memorable modes of Crash Team Racing was undoubtedly its Adventure mode - you know, the one where you get to race against bosses who like to spam TNT crates and/or bombs like there's no freaking tomorrow.

Activision Boss characters are unlocked as soon as you beat them. 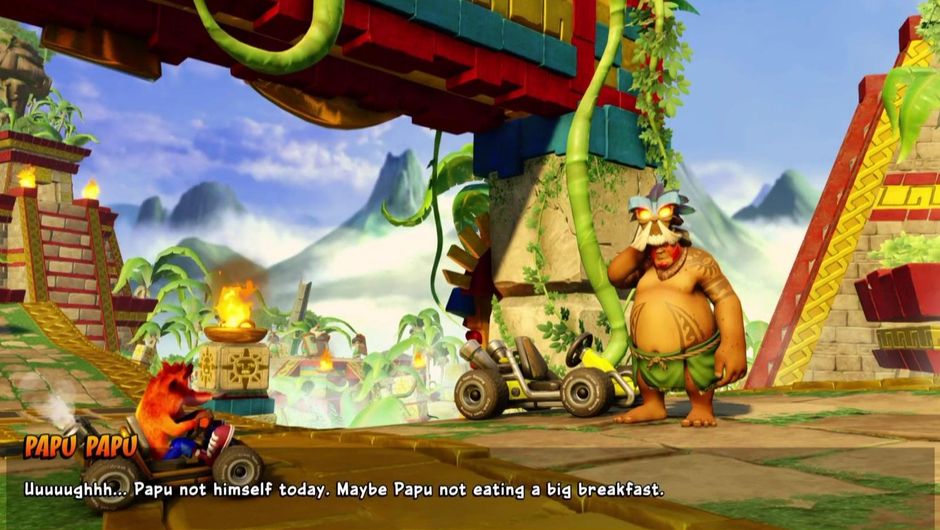 A welcome addition to this mode in Crash Team Racing Nitro-Fueled is the option to choose between the Classic adventure style and Nitro-Fueled.

The former plays just like how you remember it 20 years ago, whereas the latter offers a variety of options to choose from, such as different difficulty levels, impressive customization options for your karts and the option to change your character on the fly.

After you come in first in a race and lift your hard-earned trophy, Aku Aku shows up and gives you a hint or two in order to make your racing efforts more successful. The point of the Adventure mode is to collect all the trophies and race against the notorious Nitros Oxide to save the planet.

This little narrative behind Adventure mode is nothing to write home about, mind you. It's only there to take you through the original list of tracks and, with Aku Aku's help, teach you a little bit about some of the advanced moves that will surely come in handy later down the line.

Activision Aku Aku is always to there to help. 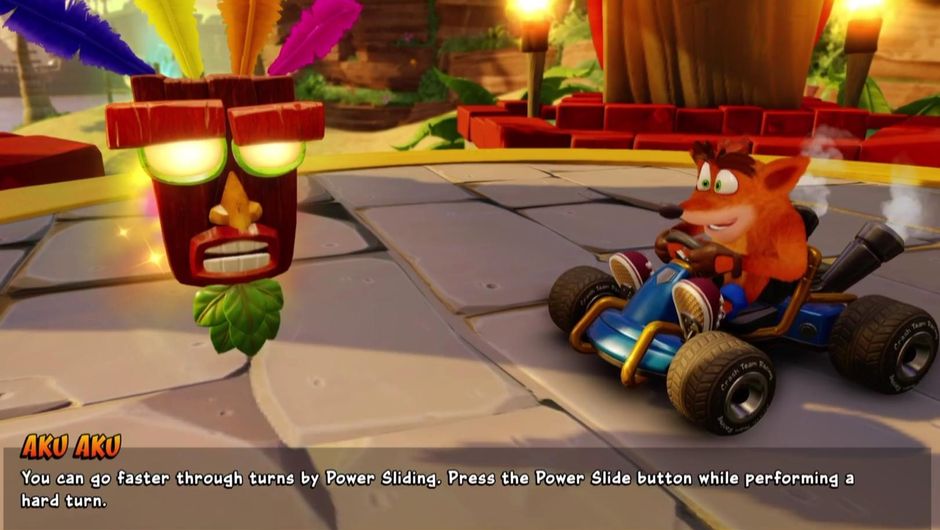 Aside from the Adventure mode, CTR Nitro-Fueled offers a variety of other modes to choose from. There's the standard Local Arcade mode that allows the good old split screen multiplayer racing with up to four players.

Here, you can choose from as many as 31 tracks right from the get-go, as Nitro-Fueled consists of tracks from both the original Crash Team Racing game and its PlayStation 2 sequel, Crash Nitro Kart.

Then there's time trials and all the Crash takes on kart racing you can think of with CTR tokens and relics. Thankfully, battle mode and arenas are back in all their glory as well, so those who'd rather blow stuff up instead of racing all the time can let loose to their heart's content. 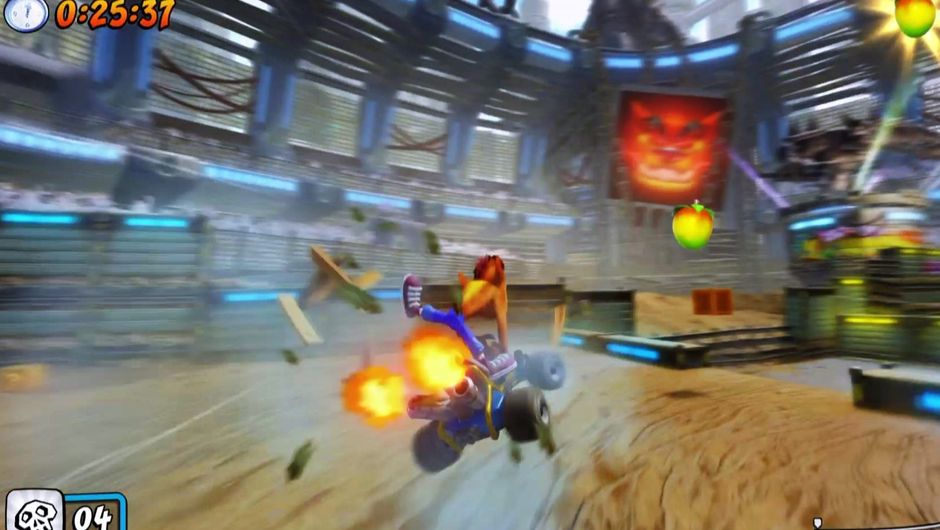 Online is where the real fun is at of course, and while the game did suffer from certain connection and lag issues at launch, the Beenox team were quick to put out a patch that managed to fully rectify the situation, providing players with a stable online experience.

The one thing we'd like to see added to this mode though, are Cups - CTR Nitro-Fueled variants of tournaments. These would surely make the online experience more entertaining and engaging, as going from one race to the other gets a bit tedious fairly quickly, especially when you consider the game's loading times which are a tad too long for our liking.

However, the actual gameplay is where Crash Team Racing Nitro-Fueled truly shines. Much like Crash Bandicoot N. Sane Trilogy, this remake plays almost identical to its original PlayStation version.

If you still remember how to hop and powerslide correctly in order to achieve that third boost which makes both your kart and your character go absolutely crazy, then you'll master this remake in a flash.

Activision Powersliding is an absolute must in Crash Team Racing Nitro-Fueled. 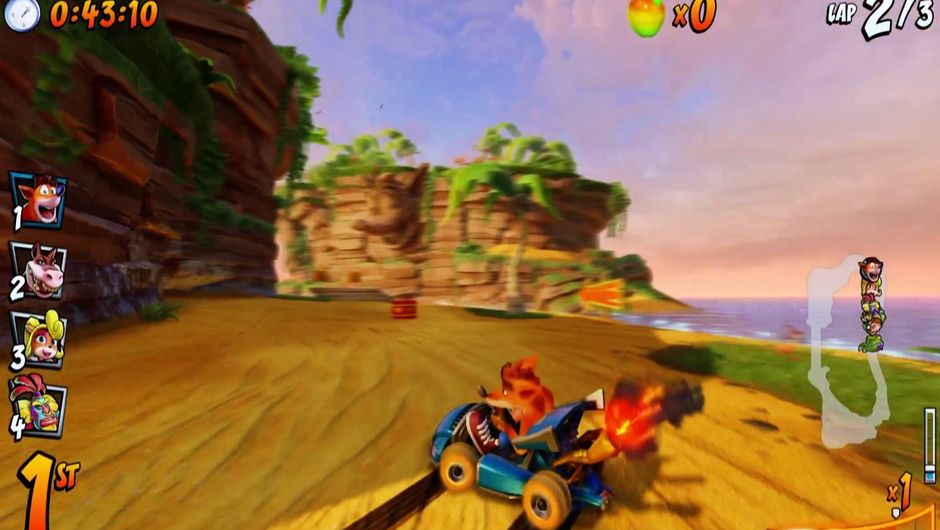 But, if you're not familiar with the game's mechanics and are just now trying out the game for the first time - we suggest you arm yourself with patience, and you sit down and learn. Really, there's genuinely no other way of going about it. While it's not exactly the Dark Souls of kart racing - CTR Nitro-Fueled is far from an easy game.

Try driving without the turbo boosts and you will see just how merciless your opponents can be. TNT crates, rockets and an occasional chasing thunder will be the least of your worries if you don't master the powerslide mechanics.

And it is exactly this very difficulty that makes Nitro-Fueled such a great game. Winning a race - by a mere margin, more often than not - feels extremely satisfying, especially on advanced tracks like Electron Avenue and Hot Air Skyway.

Activision Hot Air Skyway has certainly made many a player rage quit the game. 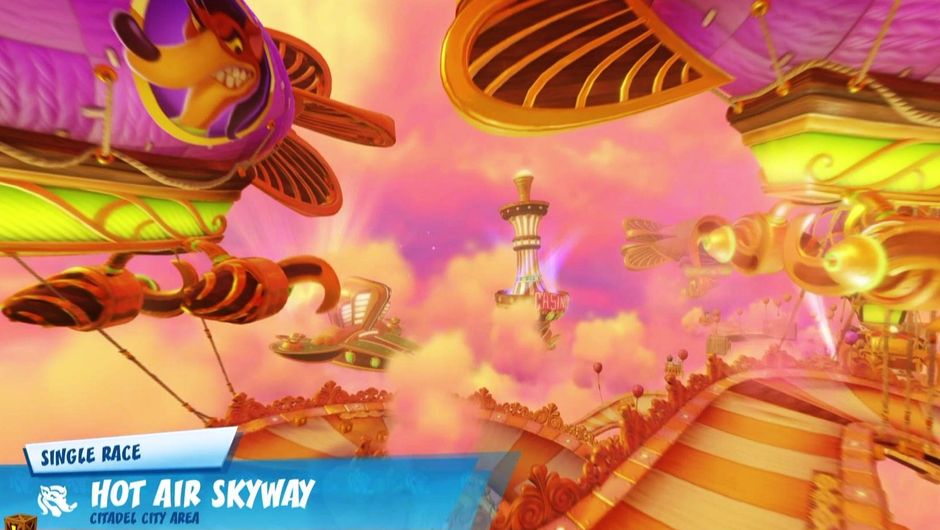 The controls are pretty straightforward with the game offering the option to switch between the standard controls you used back in the day, and the Nitro-Fueled ones where the button scheme is slightly altered. The game plays and feels amazingly responsive so whichever controls style you opt for, you are still sure to enjoy the experience.

Staying true to the original game as much as possible means that CTR Nitro-Fueled runs at 30 frames per second. While we understand the reasoning behind this decision, we would have still prefered a 60FPS option on the supercharged consoles, such as PlayStation 4 Pro and Xbox One X.

We hope to see it implemented somewhere down the line because, after all, it is a kart racing game so more frames definitely wouldn't hurt. 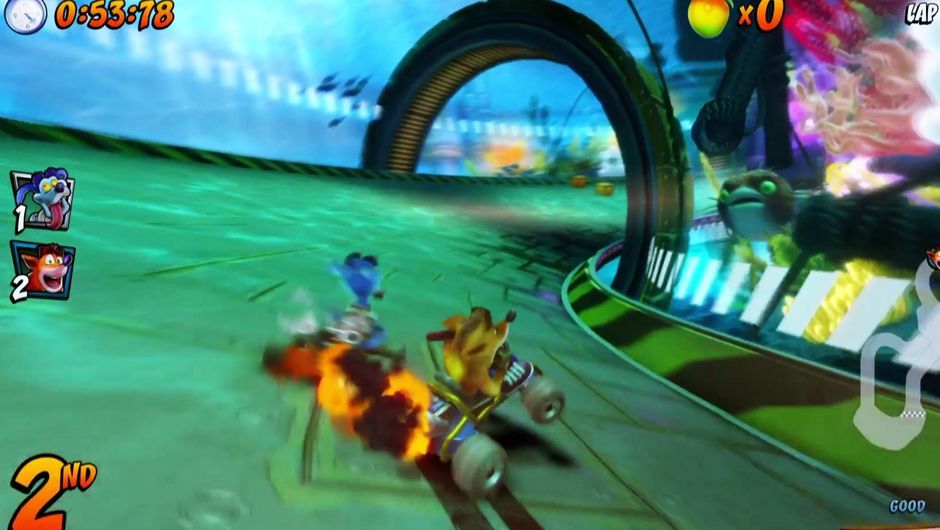 The visuals of the game are absolutely stunning. Even though CTR Nitro-Fueled is an exceptionally fast-paced game, there's still more than enough room to appreciate every little detail Beenox evidently worked so hard on in this gorgeous remake.

We've played the game on a PS4 Pro hooked up to a 4K TV, and the result was a jawdropping experience with beautifully vivid colours that simply bring the game's arenas to life. Old-school tracks like Coco Park and Crash Cove have never looked better, not even in our memory - and that's saying a lot. 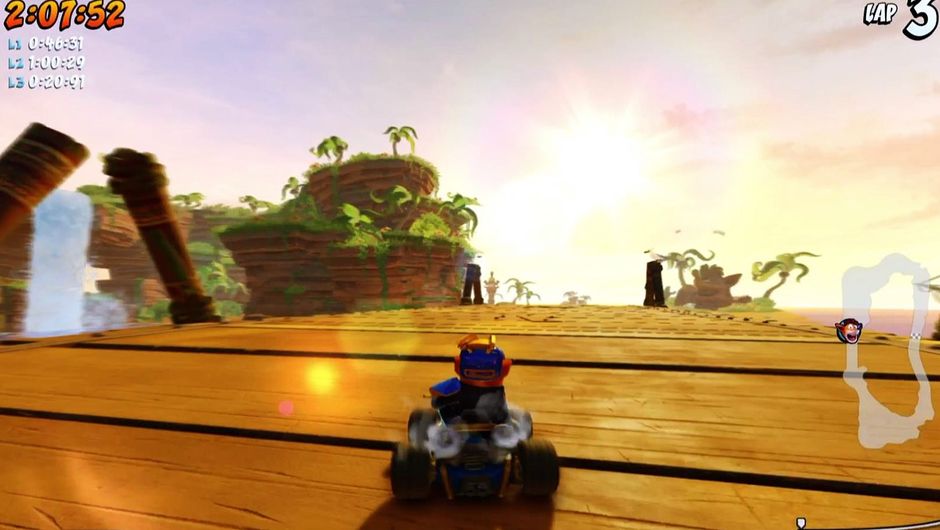 In conclusion, Crash Team Racing Nitro-Fueled is an absolutely brilliant game. Whether you're a long-time fan of the franchise, or a newcomer to the world of Bandicoot, Nitro-Fueled will surely meet your kart racing needs, and even more so if, like us, you love yourself a challenge.

The lack of a PS4 Pro/Xbox One X enhanced performance option and no online tournaments does impact the overall experience somewhat, but these are flaws that we can very much live with.

We at AltChar give Crash Team Racing Nitro-Fueled a well-deserving 8/10.

Blizzard has posed the details for the Junker Queen's abilities in Overwatch 2 ahead of the next beta so players can familiarise themselves before the test begins.

Blizzard dug themselves a pretty big hole and even the announcement of release date for Overwatch 2 has been marred by the consequences.