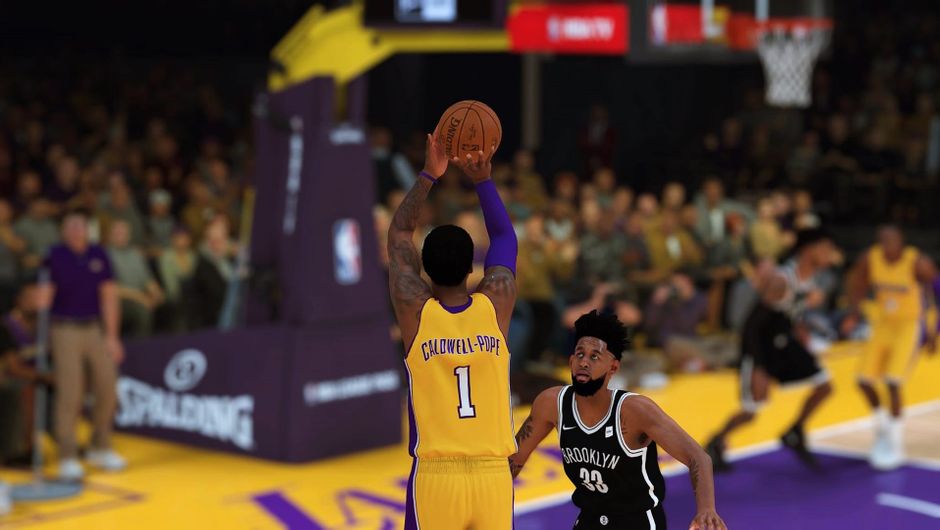 NBA 2K19 - the game with which 2K Sports redeemed itself with basketball fans. With improved defense and overhauled gameplay, 2K19 is the most complete basketball game to date, but does that mean that it's perfect? Here's our review.

NBA 2K19 is out now on all major platforms and we've been playing it religiously. There's a lot we like about the new game and we're genuinely impressed with how much of an upgrade 2K19 feels compared to the last year's game. We'll even go as far as to say that 2K18 felt like a beta for 2K19. So what makes the new game so good?

MyCareer story we actually care about

Well, for starters, let's talk about MyCareer. Our journey begins in China, because our player didn't get drafted into the NBA. After performing well in China, the road takes us to the G-League and then, finally, we work our way up to the Big League… the NBA. Now the thing about MyCareer is that the overall writing of the story has taken an immense leap forward.

I felt genuinely invested in the story and actually cared about Fort Wayne, Indiana, the Midwest, and the Mad Ants because of how everything was portrayed. The entire setting and atmosphere made me truly want to give it my all to the local team, and the voice acting and dramatic thread is finally where it should be. There's no cringy dialogue, no over-the-top dancing, and most importantly - there's no B Fresh, need I say more?

Once you get to the NBA, you get to choose your team and your contract is fully negotiable: how many VC you'll be earning, how many years you want to sign with that team, and so on. Even though they didn't exactly offer me the best conditions, I chose to roll with the Oklahoma City Thunder. What can I say? I'm a Westbrook fan. Being able to negotiate your contract from the outset is very welcome indeed, as the game already gives you a real sense of control over your career. So, great job 2K with this year's MyCareer mode.

2K Sports OKC is our team of choice this year 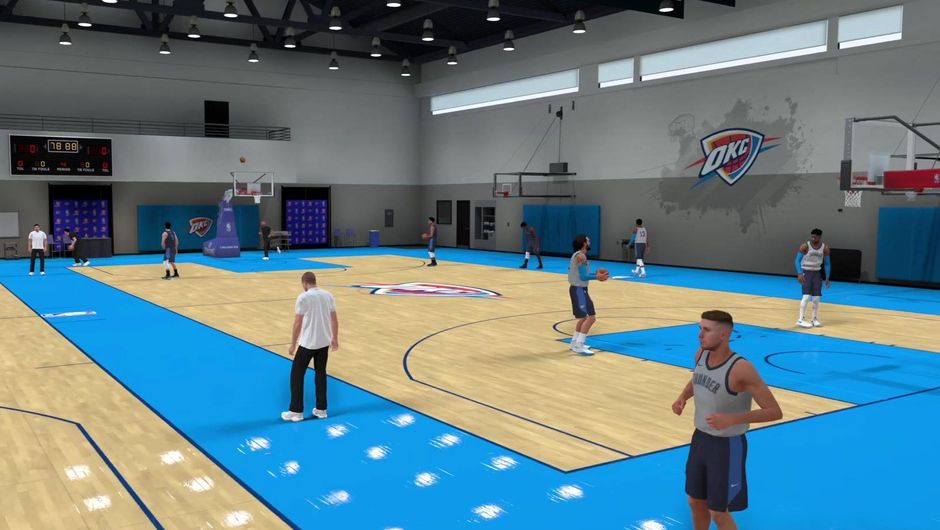 In his interview with us, Rob Jones, the senior producer of NBA 2K, promised that VC, the game’s Virtual Currency, would be scaled down in 2K19. We're happy to report that he is true to his word. Even though VC is still of course very much present in the game, it's nowhere near as harshly implemented as it was in 2K18 where honestly it was a nightmare .

For example, you no longer have to pay to get - or even to preview - your new haircut. It's now free of charge. Also, the overall grind for VC has been improved and it's now much easier to get stacked up to use it in the game.

Like Jones said in our interview, "...if you have a 90-rated amateur who just opened his wallet and can't play well at all, then I don't want that guy on my team. I want the experienced player who's going to play the way I expect him to. So that's going to be one of the things that's going to be different." And different it really is. There's now a major skill gap in 2K19 that cannot be narrowed by just whipping out your wallet and paying your way to stardom.

2K Sports Getting a haircut is completely free this year 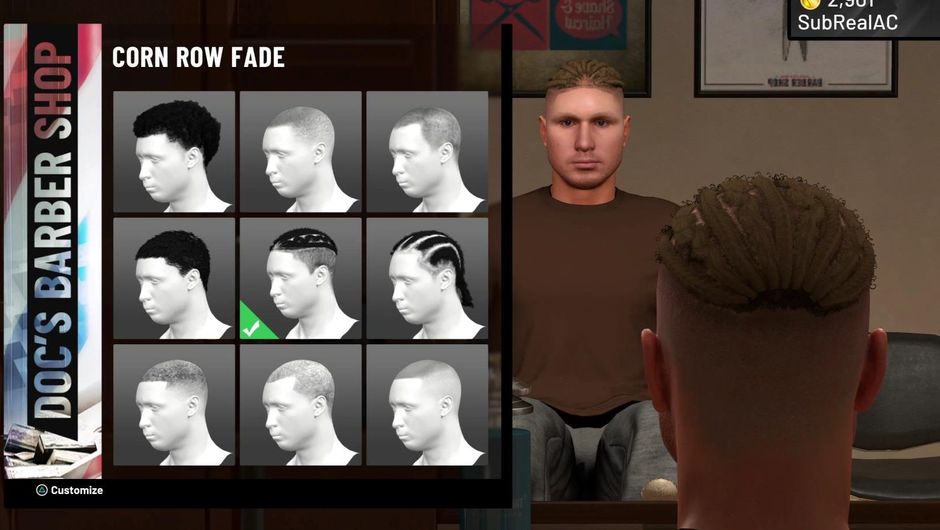 Skip right to the action

Another improvement we really like is that we can finally skip the cutscenes in MyCareer. Even though we liked this year's story and the way it's portrayed, we know a lot will want to keep things moving so skipping scenes and getting right back on court is definitely a handy feature.

Loading times are quicker too, certainly on the PS4 Pro and Xbox One X we’re using. We’ll always want them to be even quicker, but any improvement is a major plus for console gamers. Now let's talk about gameplay. 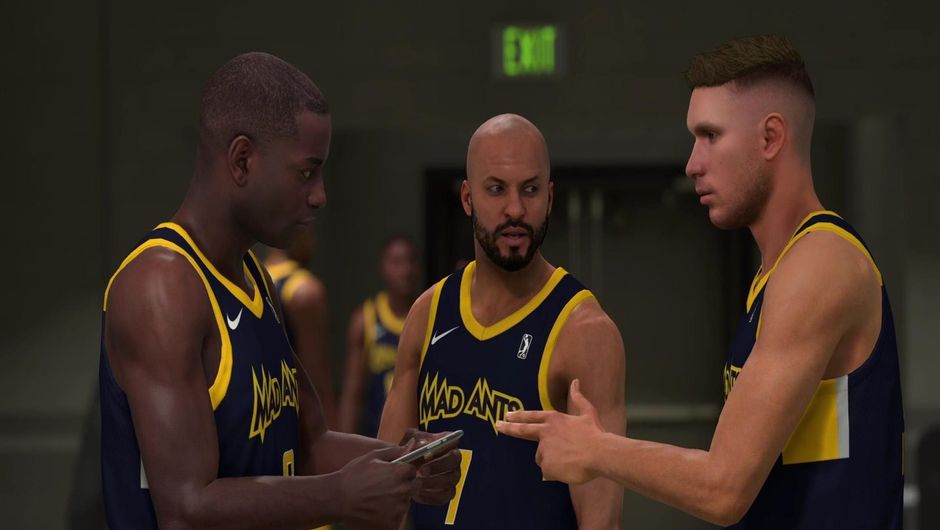 A game for men

2K19 immediately feels and plays much smoother than before - absolutely crucial for a sports game. The game’s physics, and especially player movement, have been completely overhauled from the last year's version. Now it feels much more physical.

Another clear improvement is in defense, which finally plays a role in a 2K game. Last year, defense was pretty much non-existent, but now steals and blocks are far more likely to come off. Stealing the ball in key situations, such as during the hesitation dribble for example, happens way more often, and means players can't just mash the dribble buttons anymore. Those who enjoy playing defense in basketball will find their experience with 2K19 to be much more rewarding.

The notorious blow-by animations have been reduced as well. You now actually have to set plays up and call for screens if you want to finish at the rim, and being a more physical game than before, this is no easy task. All of these changes add to the sports simulation formula that NBA 2K is renowned for, so hardcore basketball fans are almost certainly going to be happier. 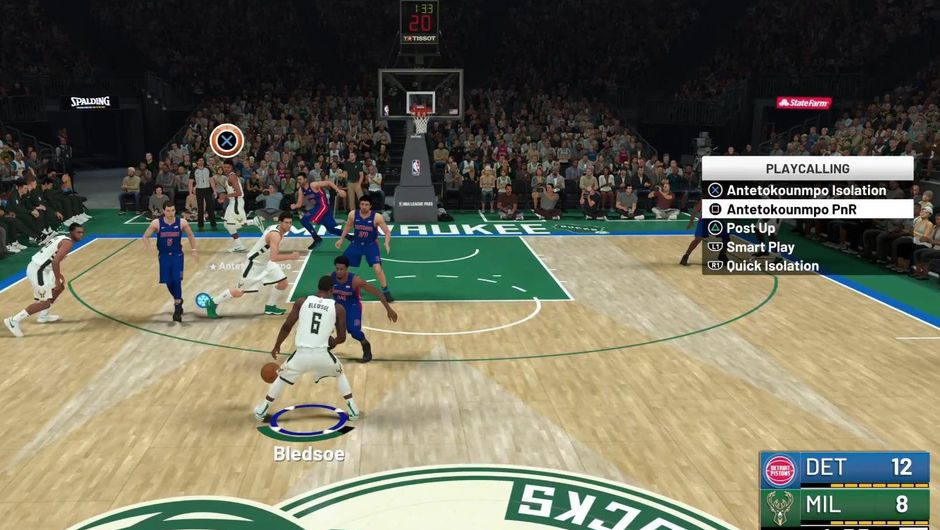 Less morphing through other players

Speaking of simulation, NBA 2K has always been known as king in the player likeness department – and it still is. Dribbling with Kyrie Irving, going for a dunk with Westbrook, or shooting with Curry looks almost Instagram good. Graphics is one place where NBA 2K19 absolutely shines. The match commentary too is as fluid and exciting as ever, with Kobe Bryant and Kevin Garnett making guest appearances to really help capture the atmosphere of an NBA game.

Still on graphics and animations, one thing which broke immersion in 2K18 was the dreaded animation clipping - the situation where characters morph through each other. In 2K19 however, things seem much better. Though it still happens from to time, it's nowhere near as common or intrusive to gameplay as before. A major improvement. 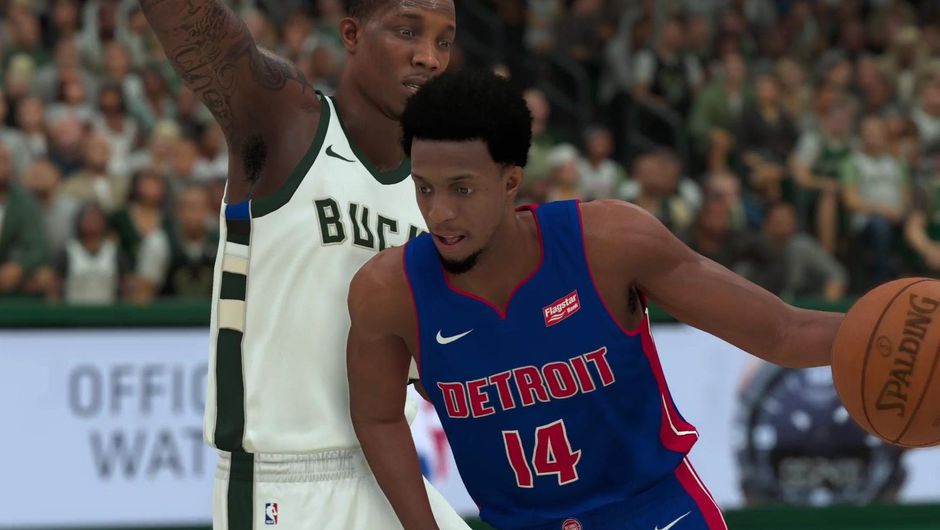 Cut us some slack

But of course, NBA 2K19 is not a perfect game. There's a couple of things we noticed which we hope will be fixed with updates and patches. The first on our list is the extremely harsh teammate grading system in MyCareer. The smallest of mistakes, such as a bad block attempt, will drop your grade significantly. While we don't mind a challenge in getting your teammate grade all the way to A, the penalty right now for minor errors is much too steep, and could be cut by 30% if not more.

And speaking of challenges, we think the lower difficulty settings playing against the CPU are unreasonably hard, and could make it a real grind for newcomers and casual players. There should be a more distinct difference between playing on Pro and Hall of Fame, so that every tier of player can get their fun out of playing a regular match against the CPU. 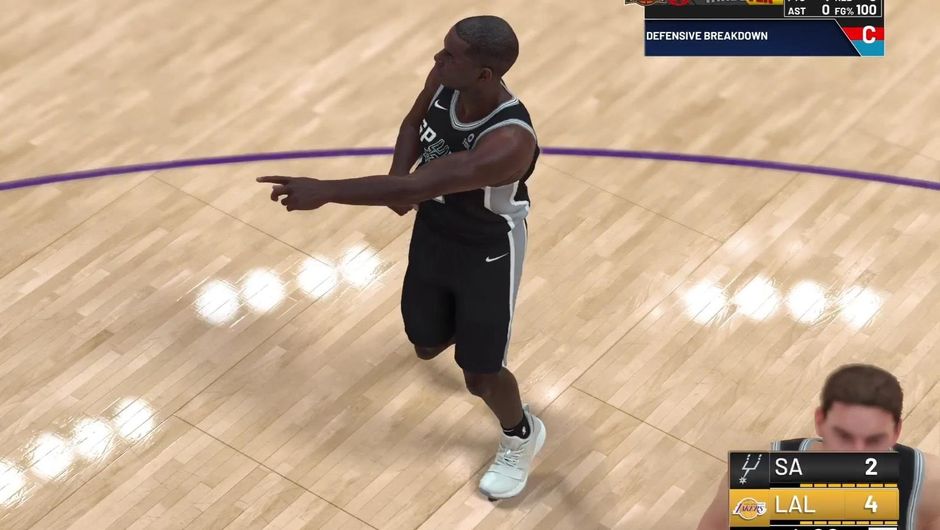 All in all, NBA 2K19 is one hell of an improvement over the last year's title. With the game being more physical than before, with gorgeous graphics and lifelike animations, and downsides that can easily be fixed with a patch in the future - we give NBA 2K19 a well-deserving 9/10, and hope 2K Sports keep building on the foundation they've laid with this year's game.