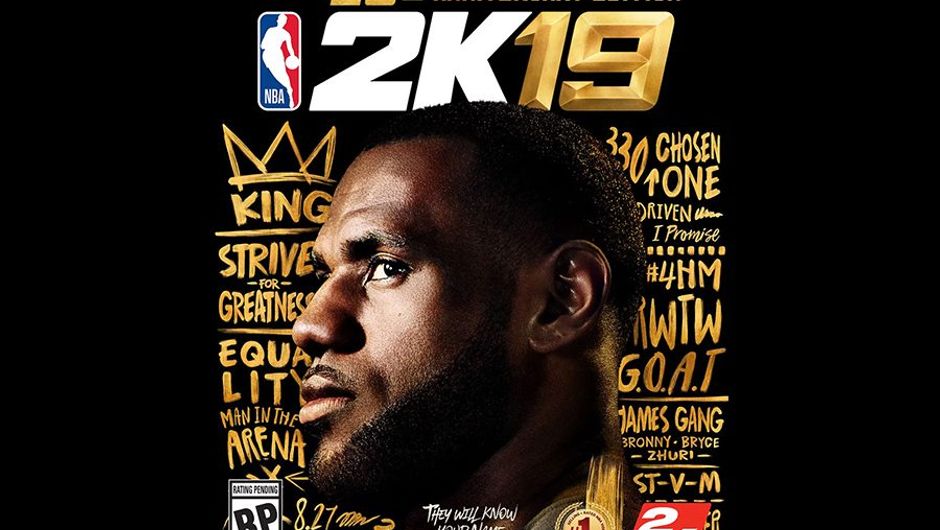 As NBA 2K19 Prelude's demo was going live, we joined the world's first hands-on play of the full final build to see a host of its much-hyped new features and, crucially, play it! How will the 20th anniversary edition match up to the hype?

With a star-studded New York event last night showing off some of the newest Neighborhood social space features, the stage was set in London for 2K Sports' NBA 2K franchise supremo Rob Jones to introduce the rest of the games' updates - and let sticky-handed journos finally play the full final version of the game. We had previously been given a chance to play an early preview but a few hours ago we got to try the final build of the full game.

With over 10m copies sold of 2K18, the 2K19 20th anniversary edition is building on a titanic gamebase and chose the game's biggest star LeBron James as their cover hero this time around. Time to see if we could walk in his legendary size 15s.

Before we laid up and dunked, there was of course the small matter of the game's producer taking us through the myriad big and small changes that 2K hope will keep the same 10 million and more coming back for another year - and fend off recent improvements from EA's NBA Live 19 .

2K Sports There is a considerable improvement in graphical pop in 2K19 - he may not look it, but LeBron is happy with that 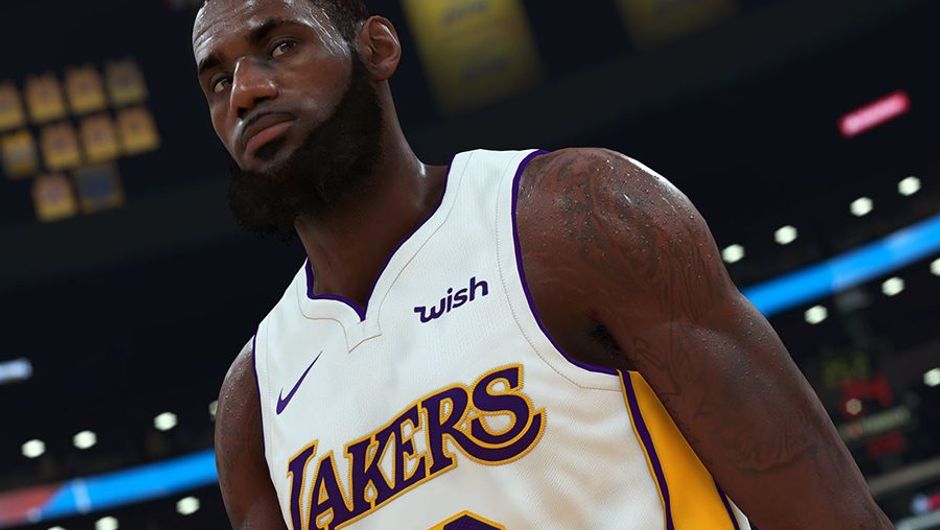 If you found your team-mates or opponents a bit flat-footed last year, developers Visual Concepts and the game's Executive Producer Rob Jones of 2K Sports say they have have lavished attention across the board to improve every aspect of the game, especially on major AI improvements. You can already start to check them out in the demo Prelude released yesterday on Xbox One and PlayStation 4.

There is a new Takeover system with 7 different types, new dribbling mechanics including hold-off, and a reworked shooting mechanic that's designed to widen the skill gap for better players and aimed at esports.

The signature MyTEAM collectables element has been given a complete makeover, with every menu based on fan feedback, better distribution and likelihood of the best cards, and you will now be able to take your best players into online challenges with MyTEAM Unlimited.

MyTEAM in 2K19 also sees the return of 3-on-3 with the introduction of Triple Threat, which sees you able to pick your best three players and take them into action against the top NBA teams, and online against rival players for rewards.

General MyTEAM play will reward with tokens to take into the Reward Market, while the flashy Heat Check card means each current NBA player will have a second flame-edged version of their card available that hands a 48-hour stat boost into the game roster version of themselves - so picking and sticking with the consistent NBA superstars really pays off in the game if (when!) they deliver on the court IRL.

You can also invite friends into private 30-team MyLEAGUE mini-leagues. 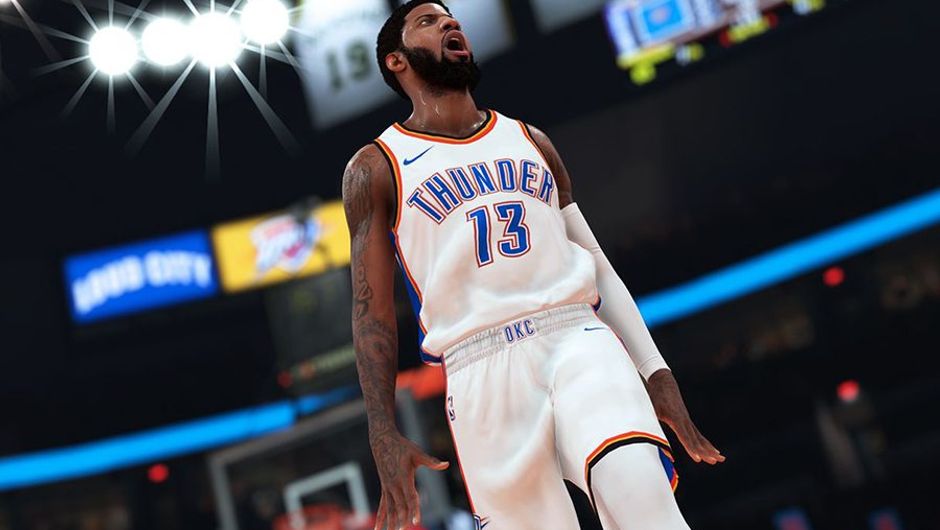 From China to the NBA

The online MyCAREER mode starts you off as a humble Level 60 up-and-comer in the Chinese League, propelling you to the US minor G-League before hitting the heights of the NBA. You can use face scanning to get your own beautiful MyPLAYER self into the action.

You can improve in numerous ways, including earning stat points and progress in practice and the gym, and by chasing endorsements, achievements, fan popularity, and chemistry with other players - even your press conferences count.

In terms of using your in-game experience, Visual Concepts have made changes to how alts get levelled-up too, meaning you skip a lot of the early grind on new characters if you are already at a decent level on your main.

Get social in The Neighborhood

A very interesting reveal was the new NBA 2K19 social space, The Neighborhood. This intends to inject the feel of a real life town square into the game, with different areas and businesses to acquire toys and skills, for mini-matches and Pro-Am Team private matchmaking, and the ability to form elite 5-man crews.

If you're not there to play, you can get a haircut (free to preview in this edition - no VC needed), cruise on a scooter, bike, or skateboard from the Wheels Store, chill with your Crew and take part in trivia quizzes for VC rewards, or play in the Under Armor Cages - a bonkers trampoline-enhanced minigame to practice your outrageous dunks.

Instead of basic lobbies, The Neighborhood portrays a real day-and-night area with geographic timed events including Dodgeball and Court Conqueror for you to reap some rewards - there's 30 events already planned and will be added to throughout the game.

The Rep system is back to indicate your experience and level, linked primarily to in-game performance and showing if you are a long-time player or a newcomer irrespective of in-game level, with park and pro-am rep available, while the Jordan Rec Centre handles matchmaking.

A big part of the new game has been improving AI actions, with improvements to both offense and defense in general play and in reacting better to unfolding action.

So how does it play?

Anyway, on to the meat of the day: hands-on time. We were given free rein on a Xbox One X hooked to a 4K TV to get a feel for the game and its dynamics. After psyching out some rivals with smacktalk and upping our fluid levels with outrageous quantities of sugary drinks, we barged the rest out of the way to get to it.

As we mentioned previously with the preview build, the game is super smooth and the improvements in the behaviour of the AI are instantly noticeable compared to previous editions - and even more so today.

Graphics are certainly a step-up too, and in general the game now feels more fluid - absolutely critical to a sports game. This might be down to the fact that the physics, and particularly player movement, have been heavily reworked against the last title. Defense actions seem instantly better too, a big step forward from before.

These are the things that will come to the fore in the battle against EA's NBA Live 19, itself promising a laundry list of improvements, and were all things Visual Concepts and 2K Sports had promised would stand out in the final build of the 2K19 game. On the back of an hour or so of hands-on play we would say they have delivered.

We'd also like to offer a special shout-out to the upcoming arcade title, NBA 2K Playgrounds 2. It's an enormous dose of silly fun compared to the more serious offering that dished out proper quick arcade enjoyment, but executed with a real attention to detail.

Talking to 2K insiders, it's clear they are pleased with the sheer amount of content and variety NBA 2K19 has in it. Rob Jones believes it's the "most complete" title they have produced in the series, and we'll be carrying a more in-depth interview with him soon.

We'll be all over the full game next week to get our teeth into the full gameplay modes and online, and see if some of the old (occasionally hilarious) gameplay quirks are now just a memory (though we did love using them as gif material!). It will also take a lot longer than an hour to unpick the in-depth features and settle into life in The Neighborhood - all of which we can't wait to do.

And that's our takeaway we think: with EA and 2K going at it like Westbrook and Warrior-era Durant it's looking like being a classic year for basketball game fans.