The impact of 2K Sports on the new NBA Playgrounds game 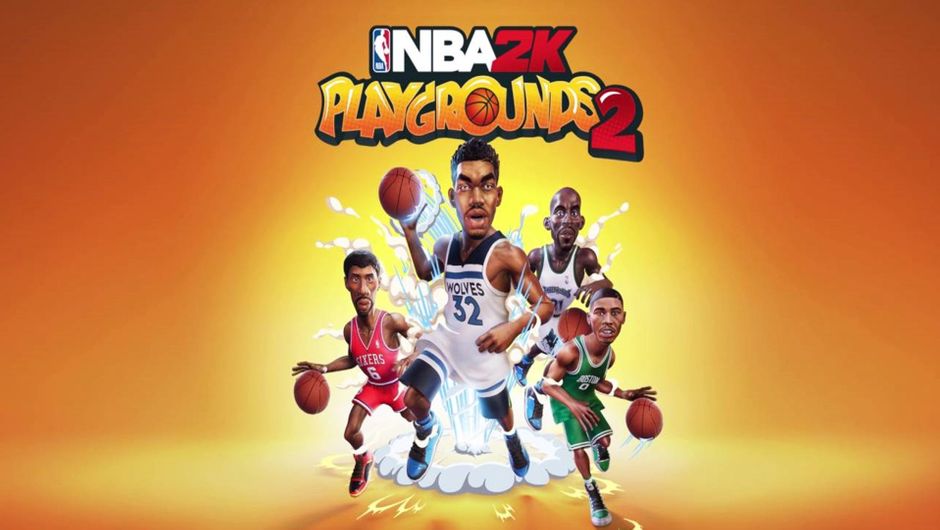 NBA 2K Playgrounds 2 is the newest iteration of arcade basketball, but just how good of a game is it? With 2K teaming up with Saber Interactive, the game delivers in a number of different fields, but not without a price. A big one at that.

After the relatively successful street basketball title, NBA Playgrounds, 2K have decided to join in on the fun and publish the game's sequel titled NBA 2K Playgrounds 2. Of course, we all know that 2K are the giants of modern-day basketball games with their immensely successful franchise, but these games are full-on simulations of the sport.

NBA 2K Playgrounds 2 however, is the complete opposite - it is absolute basketball mayhem, so let's see how 2K handled this style of basketball games.

As far as gameplay goes, we're happy to report that the fast-paced and downright crazy action is as good as it was in the original game. A lot of people actually feared that 2K would introduce some sort of realism to the game due to their renowned formula and thus destroy the very selling point of this title - but that is not the case. Not the case at all. If anything, the game feels way more fluid with a bunch of new animations that 2K have brought to the table, together with Saber Interactive.

The game plays very similar to its predecessor with 2-on-2 matches on an outdoor court. Being a complete arcade title, without a hint of realism, the game features a number of different power ups and punishments. The better you play the more power ups you get, like for example having your players move at double the speed, or having one shot with 100% accuracy no matter where you shoot it from and so on.

However, if you don't play well, the game will see to it that you're punished, but even these punishments look and feel fun. For example, if you miss a lot of shots, in basketball terms they say you've become "cold" - well, in 2K Playgrounds 2, the hoop will literally become frozen. It's an unusual detail, but it's definitely a cool addition. 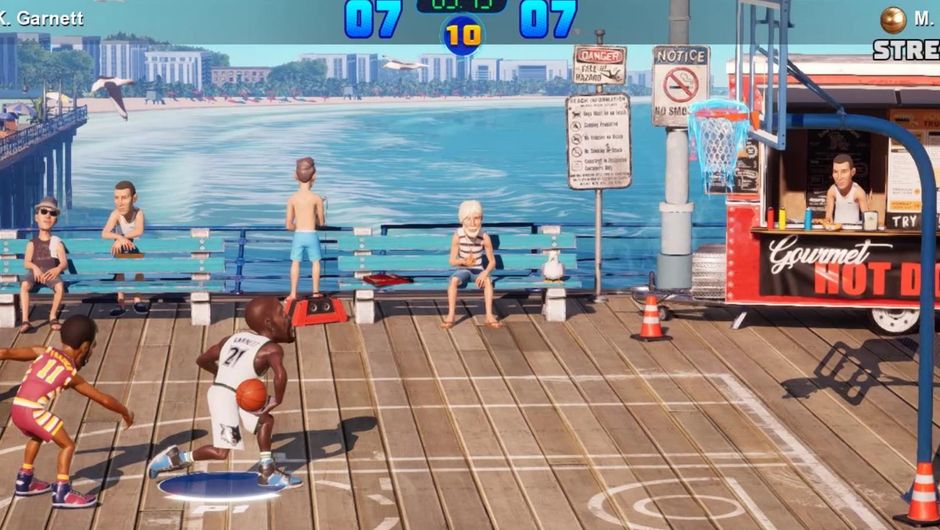 Rules such as fouls, goaltending, traveling and so on are pretty much non-existent in this game. It is as brutal as can be, with players elbowing you to death just to get close to the hoop where they can dunk the ball like they came from a different planet. So, if the concept of absolutely crazy, illogical basketball sounds fun to you - you will love the way NBA 2K Playgrounds 2 plays.

Last year's game allowed players to form teams of two players where they would take on other custom-made teams. This was known as the Tournament mode. However, this year, that has been replaced with an NBA Season mode where players have to choose an NBA team and play through the season as well as they can in order to reach the playoffs. A normal NBA season is 82 games long, but there's nothing normal about this game, so a season in 2K Playgrounds 2 consists of only 14 games and the playoffs. 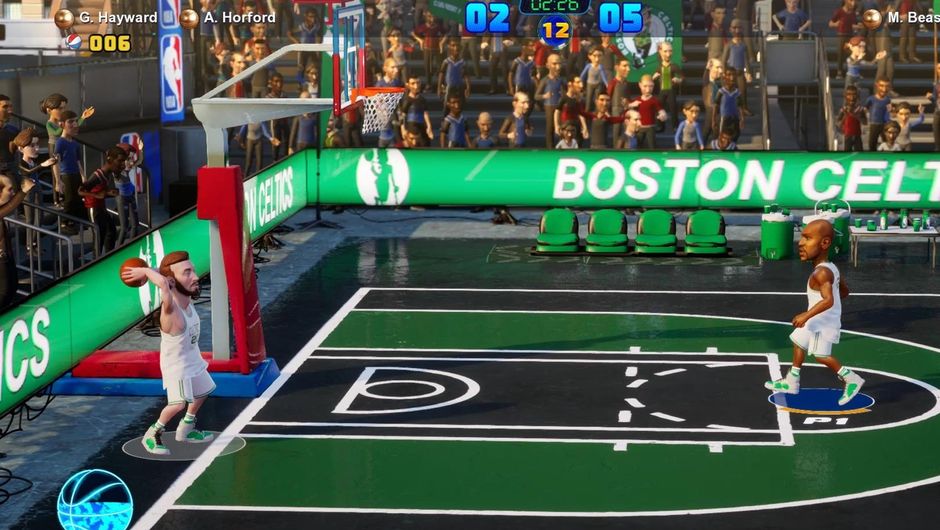 While some players will most likely miss the Tournament mode that allowed mixing up of different players and thus increasing the randomness factor, we don't find Season mode to be too bad either. After all, seasons aren't really that long and there's the default mode of an exhibition match where you can still make your dream duo and take on the opposing team, be it CPU or online.

Easily one of the best modes of the game is the three point shootout. This mode is all about perfect timing and really not much else, and it is its sheer simplicity that makes it so fun. It's so addictive that it's just impossible to have one go at it and then move on to something else because you always think that you were so close to nailing it and having a perfect performance. The fun factor is definitely not lacking in NBA 2K Playgrounds 2. 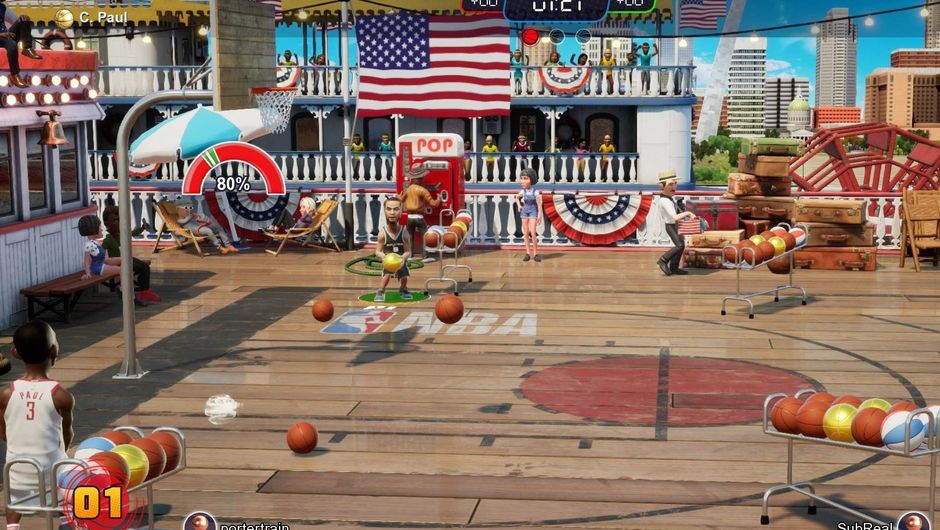 The visuals of the game are indeed impressive, but that's to be expected. After all, the graphics in NBA 2K games are one of the things that 2K boast about the most when presenting their new title, and they did not hold back with 2K Playgrounds 2 either. The courts especially look great and the caricatures of players are just right. Then again, you can't really go wrong with this type of art style, can you?

2K Sports NBA 2K Playgrounds 2 is without a doubt a pretty looking game. 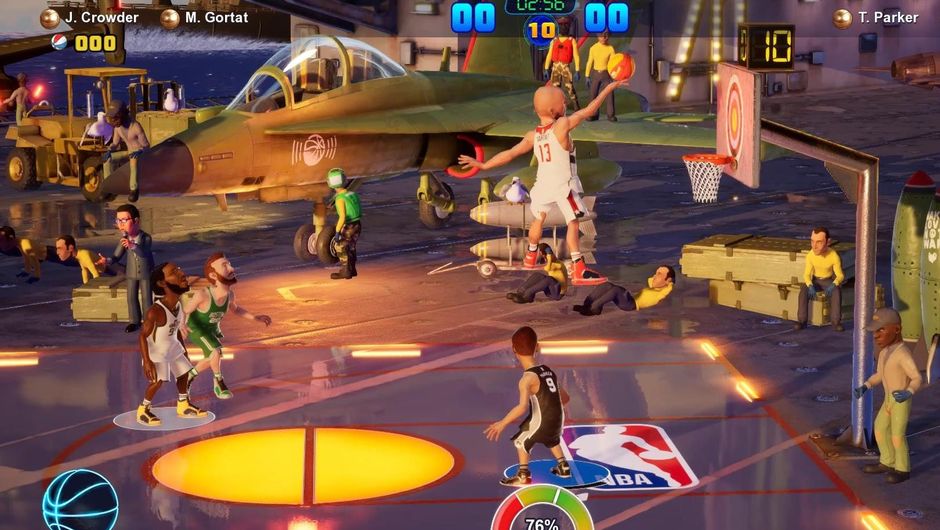 The sounds in the game create a very vibrant atmosphere, like the one you would expect in a basketball match, especially if it's streetball style. The commentators do the crazy moves on the court justice and the background music is upbeat, complimenting the overall feel of a fast-paced basketball game.

Now, like we said, we expected the game to play, look and sound amazing, and it truly does. But we would lie if we said that we didn't fear 2K would introduce some sort of tedious grind even in a game like this, that could only be skipped by the notorious micro-transactions. And, unfortunately, our fears seem to have been justified.

Though the game is not exactly pay-to-win per se, there's still the option to pay an extra $9.99 (£7.99, €9.99) to unlock every player in the game. And, as you'd expect, players such as Michael Jordan and LeBron James are locked behind either hours of grind or your wallet. 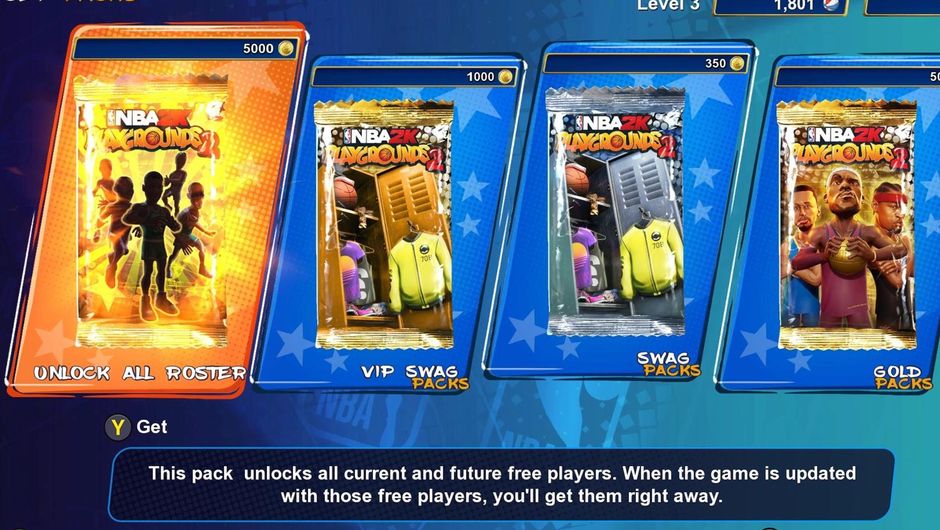 The game itself costs $29.99 (£24.99, €29,99) and if you want to unlock the complete roster of 200 players, you either have to grind the hell out of the game to get that virtual currency or pay the aforementioned price to get them all at once. But even then the players you paid to unlock will not be performing on their highest level, meaning that even after spending some extra cash on the game, you still need to put in a lot of time to justify your - what's supposed to be - legendary roster.

Sadly, the game is plagued with the infamous loot box system. Even when you do put in the time and earn that VC, there's still no guarantee that your virtual money will be well spent, as the game offers packs which rank from bronze to gold. Gold packs - the top tier ones - cost as much as 5000 credits and playing one match in Playgrounds will earn you about 100 credits on average.

So if we do the math, that's a lot of time invested for something that we're not certain we're gonna get. This type of formula just doesn't fit with the overall refreshing pace and feel of the game. And it's quite a shame too - such a brilliant and genuinely fun game doomed to be ruined by greed.

2K Sports If playing only exhibition matches, it would take about 4 hours to get enough credits to purchase a single gold pack. 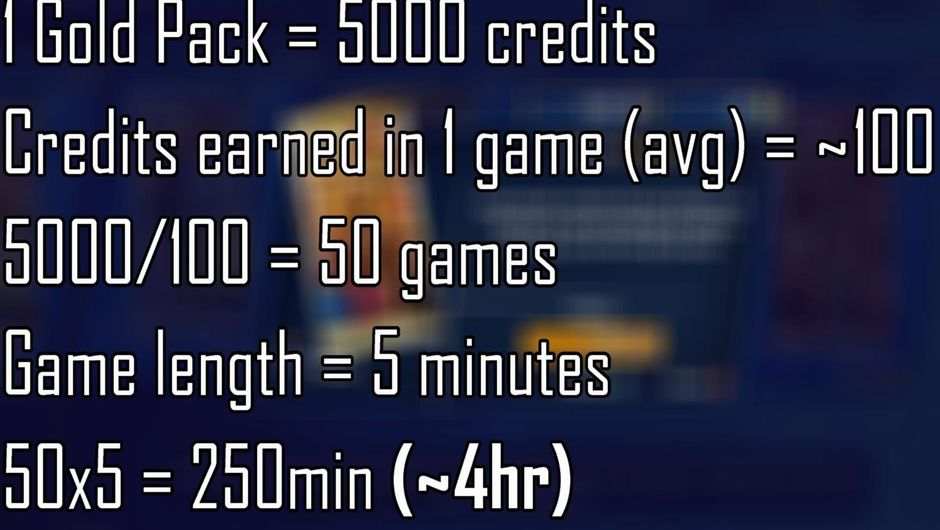 All in all, like we said, the game itself plays and feels awesome. It's loads of fun with completely random moves and sweet animations that are sure to light that basketball fire in you.

The only problem with the game in our book are the micro-transactions, but if you can look past that and the grind doesn't bother you, then you will find NBA 2K Playgrounds 2 to be the perfect arcade basketball game. As far as we're concerned though, we give this game a solid 7/10.