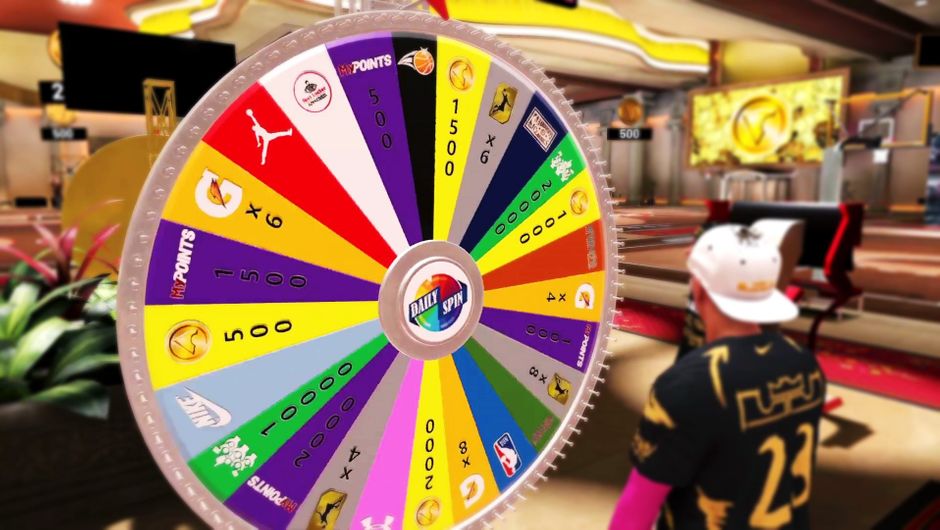 The prize wheel is a place where players can win some cool rewards in NBA 2K19 for free of charge, but waiting in line to do so can be tedious to say the least. Here's how you can skip the line and spin the wheel as soon as you get to it.

With , 2K Sports that they would introduce some new ways of acquiring VC - the game's virtual currency. One of these methods include a daily spin of the prize wheel that offers a number of different rewards. These range from MyPoints, VC, Gatorade Boosts and so on. Though players can't exactly get tens of thousands of VC points here, it's still a welcome addition to the overall VC grind.

Despite being based solely on luck, the prize wheel is the one place where you will always find tons of players waiting in line to see what good 2K gods have in store for them today. However, therein lies the problem: the line is ridiculously long and it's sometimes almost impossible to get your turn to spin the wheel.

We know that everyone likes free stuff and that hordes of players surrounding it was to be expected but, come on, there had to have been another to go about this. And it just so happens that there actually is a way to skip the line and get right in front of the wheel, and it is incredibly simple.

All you need to do is you have to head over to the Ante Up building where the wheel is located, and as soon as you walk in, during the time it takes for the game to load all the other players in, you want to step on the circle that's right in front of the wheel and just spam the X button if you're on the PS4 or the A button if you're on Xbox One - and the animation of your player spinning the wheel will start happening.

Note that you have to be very quick with this because this method will not work if the game has already loaded the other players in. If that happens though, simply walk out of the building, then go back in and redo the process.

2K Sports You want to spin the wheel while other players are still invisible. 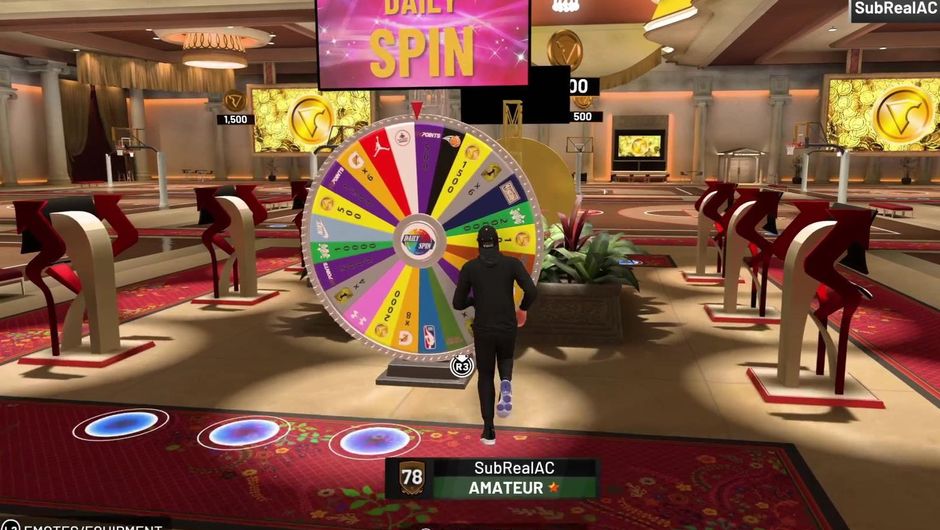 If you're swift enough to reach that circle and hit the corresponding button while everyone else is invisible, you will be spinning that wheel every day from here on out. We've been doing it for the past week with a 100% success rate every day, so you can take our word for it.

Even though this method is not exactly the most perfect way of getting the daily free rewards that we, as players, are entitled to - it still beats waiting in line for hours on end. Spinning the wheel now will take up only about 30 seconds of your time and then you can get right back on the court and keep breaking some ankles.

The new month starts today in Red Dead Online. Here is the overview of what you can look forward to.

Harebrained Schemes' trilogy of turn-based RPGs is coming to console at the very beginning of summer 2022, offering the players an unforgettable story-driven adventure.

The Witcher 3 was supposed to be around the corner but CDPR suddenly announced an indefinite delay, which may have something to do with the geopolitical situation.

No Man's Sky gets pirates and combat overhaul with Outlaws update

No Man's Sky gets pirates and combat overhaul with Outlaws update

Hello Games released an update for No Man's Sky somewhat abruptly but despite the lack of fanfare, it is a significant one.

Hi-Rez released a teaser trailer with a short cinematic that showcases the gist of the upcoming Paladins champion but her actual skillset has already leaked.

Ukraine has received a lot of support since the start of the war but Fortnite appears to be breaking some records as Epic Games reached a huge fundraising milestone.