Can Konami retake the throne of football games with PES 2021? 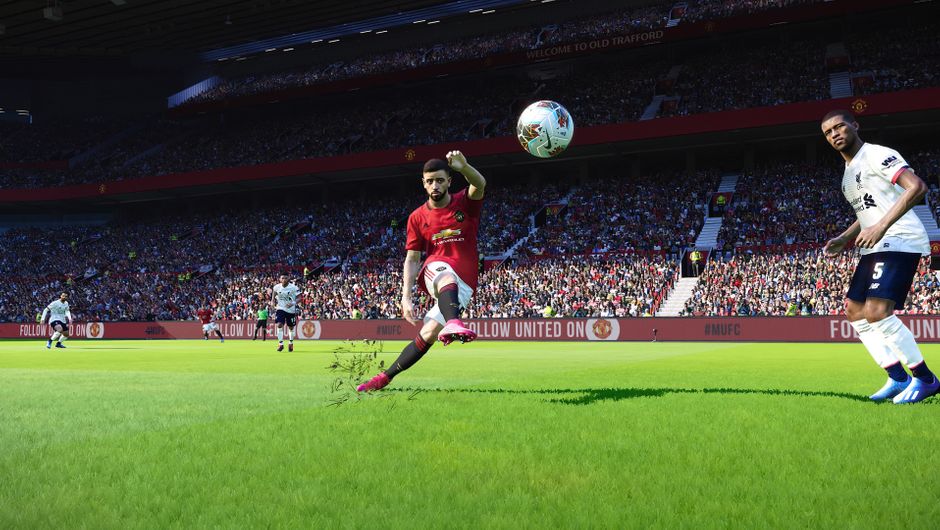 Much like in real life, Bruno Fernandes is a force to be reckoned with in PES 2020.

Konami have taken their Pro Evolution Soccer franchise to a whole new level with eFootball PES 2020. The question now is: can they keep building on this excellent foundation and make PES 2021 the go-to football game this year?

Football games are the absolute juggernauts of sports video games with EA and Konami releasing new iterations of FIFA and Pro Evolution Soccer each year.

However, FIFA has been mercilessly dominant in this field for what seems to be forever now mostly due to its staggering amount of officially licensed content, but has the time finally come for PES to regain its former glory and take over the throne of footy games once again?

As it is widely known, FIFA serves as the arcade representation of football, whereas PES is geared towards the crowd who appreciates the slow paced, simulation gameplay style. This very fact is one of the reasons why FIFA's been the go-to game for most football fans: it's a simple, pick-up-and-play experience, as opposed to PES which requires a fair amount of skill right from the get-go to be enjoyed properly.

While the difference in the gameplay styles can be boiled down to personal preference, FIFA's Ultimate Team has been its bread and butter for a good while now, and it is this very mode that's been putting FIFA so high above competition over the years. But, how long can this addictive mode keep the game afloat and so high up on the pedestal?

Namely, the last six months have been quite a turbulent period for EA's giant, from extremely negative user reviews on Metacritic that vary from complaints about the Career mode, overall gameplay and micro-transactions, to horrendous connection problems that rendered the game unplayable during some very important periods, such as when pro FIFA players were forced to play a match of Rock-Paper-Scissors to decide the winner of their match as they couldn't invite each other to a game in a licensed EA qualifier, all due to the servers being offline.

FIFA 20 does nail the visuals of the sport every year, but is it enough to keep the game on top? 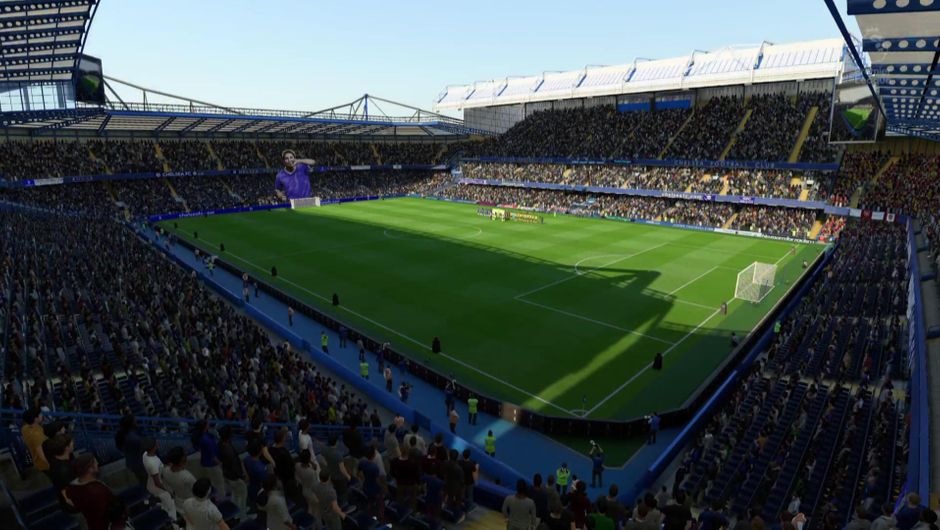 Moreover, EA banning one of their most popular streamers, Kurt0411, caused the player to stream PES 2020 instead which resulted in the game surpassing FIFA 20 in overall Twitch viewers count for the first time ever.

All of this has caused a good number of players to make the switch from FIFA to PES, which can, for example, be seen in multiple posts on PES' subreddit . Curiously enough, those who simply wanted to give the game a go to see what all the fuss is about decided to stay for the long ride because they found themselves genuinely enjoying the realistic gameplay style. So, what is it about PES that most players find so satisfying?

Long shots also benefit from Konami's realistic approach and scoring a screamer genuinely makes you jump up and scream in satisfaction as if you've scored a proper belter in real life. 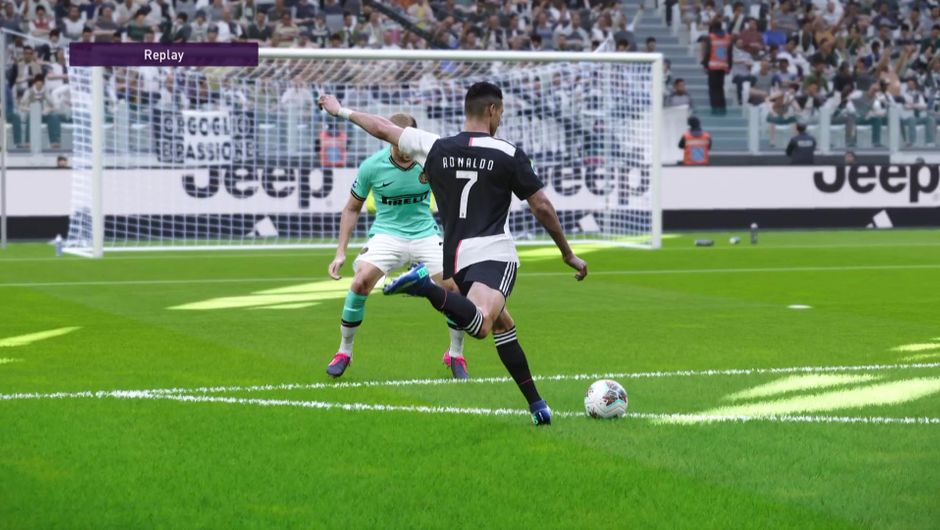 Setting correct formations and game plans is of utmost importance in PES, because it's borderline impossible to make the game a one-man-show, no matter how skilled the player you're controlling may be.

Dashing through defense by stringing together dribbling combos with Neymar for example, is pretty much an everyday thing in FIFA, but PES 2020 requires team play and therefore having a good midfielder on your team is arguably more important than having a pacey, prolific winger.

Arguably the biggest difference between the two games is in the ball physics. In FIFA, the ball is pretty much glued to the player's feet, and while it isn't as prominent in FIFA 20, it is still nowhere near the level of PES where the ball genuinely feels like a separate entity. This makes passing, especially long through balls, particularly satisfying to execute.

The game just simply flows beautifully and while the movement animations of players are not exactly on par with those of FIFA - it is still far from being a game-breaking eyesore. In fact, thanks to PES 2020's new Stadium camera, the impact of the somewhat robotic animations of players is reduced to an absolute minimum.

If anything, given the game's amazing lighting - especially with HDR enabled - it could easily be mistaken for a real life match when seen in full glory on a high-end TV. 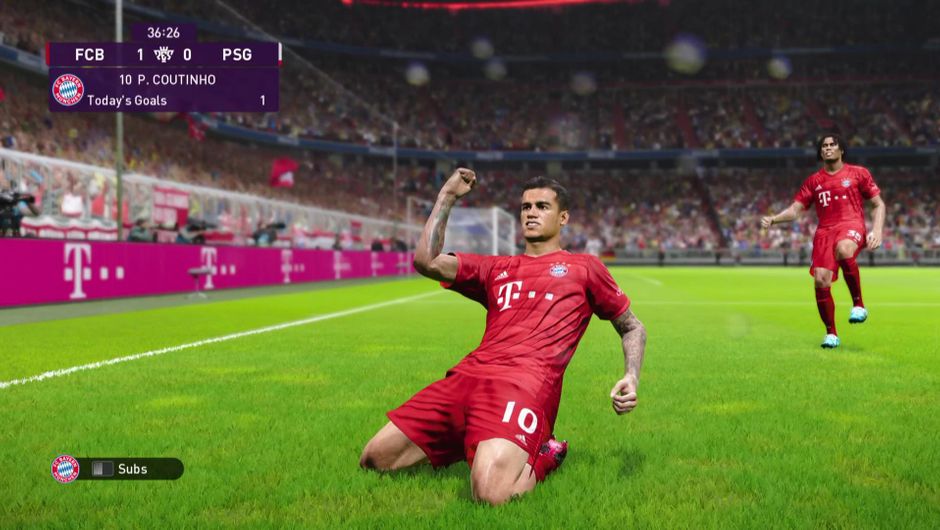 Konami's answer to FIFA's Ultimate Team is a mode called MyClub, and while it provides a far more barebones experience in terms of content and events when compared to FUT - the upside is that it is not riddled with micro-transactions as much. You can get some seriously impressive players by simply playing the game and, before you know it, your team will be packed with superstars.

MyClub Co-op is where this mode truly shines though - you enter a lobby with your friends or random players and the team lineups mix together to form a custom squad made out of your and your teammates' starting eleven.

It is a unique experience that makes you approach the game from a completely different angle, and knowing that you literally have to put in substantial team effort to build up a play makes scoring goals all the more satisfying. 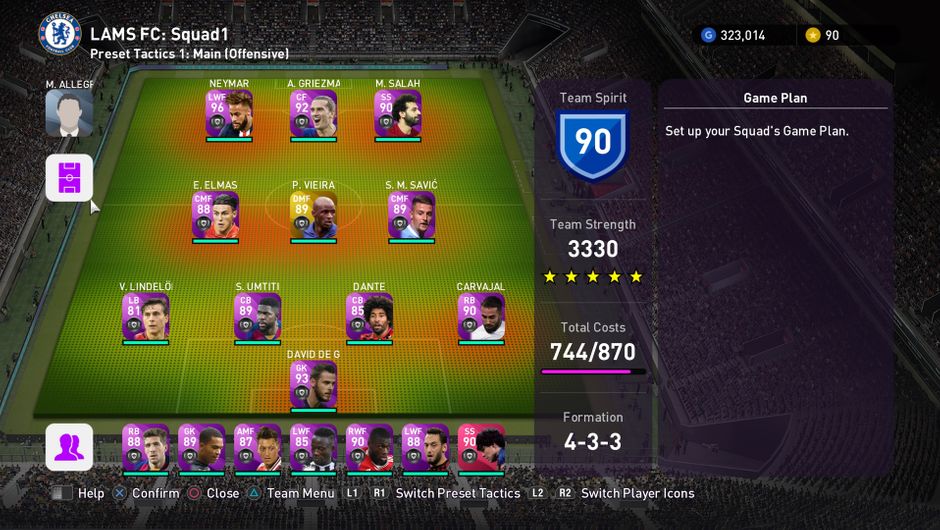 Now, everything that we've mentioned so far is all well and fine, but it's not to say that PES 2020 is a perfect game. Naturally, it has its fair share of flaws as well, such as the often inexplicably dumb AI and free kicks that are so easy to score that they should most definitely be nerfed as soon as possible.

And of course, the elephant in the room - Konami's notorious lack of licences. However, this problem can easily be rectified with patches and custom option files, so we don't really consider it a major flaw. Besides, the Japanese giant has started making the right moves towards obtaining official licences for various major teams, such as Manchester United, Bayern Munich, Juventus and so on, and we sincerely hope they keep building on this in the future.

And that is exactly what Konami need to do to make PES 2021 their greatest football game of all time. The slogan of Pro Evolution Soccer is "The Pitch Is ours", and indeed - the on-pitch action is quite remarkable, but it's high time the publisher started looking at things that take place off the pitch as well.

Proper marketing and investing in more official licences that will bring in new stadiums, crowd chants, official scoreboards and other things that may seem minor but are in fact very important pieces to completing the puzzle that is immersion. The potential is evidently there, and now is the time for Konami to seize the opportunity and really push PES to even more incredible heights, because the franchise very much deserves it. 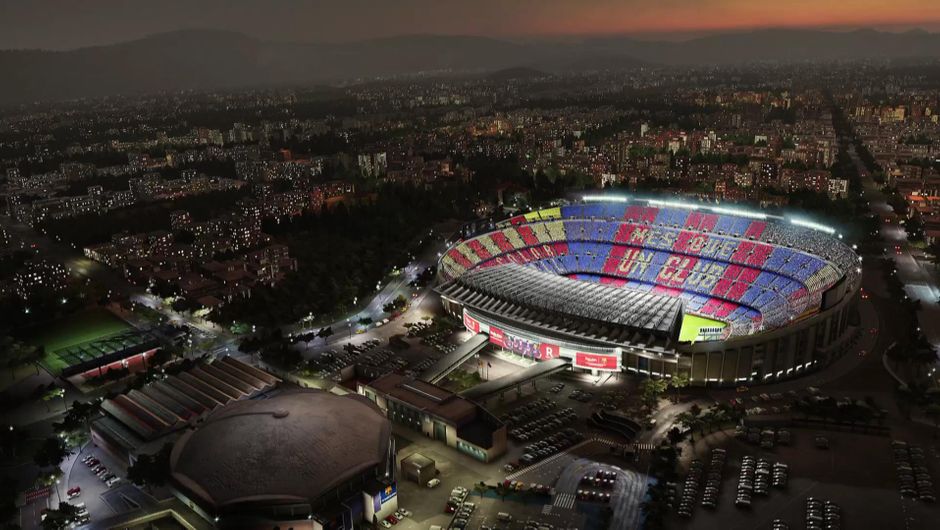 Now, we don't want to come off as FIFA haters here. Quite the contrary, we have actually played and enjoyed every FIFA title thus far, but we cannot deny the fact that PES has been improving significantly faster than its rival over the last few years, and because we believe in giving credit where it's due - we really have to commend Konami for the progress they've been making with Pro Evolution Soccer.

In an ideal world, the perfect scenario for the players would, of course, be that both companies come out with amazing games next year.

We would be happy to have problems as to which football game to invest our time and money in, and with EA falling off last year and Konami stepping it up - this will indeed be an interesting year for the football gaming world.