Things we want to see introduced with Pro Evolution Soccer 2020 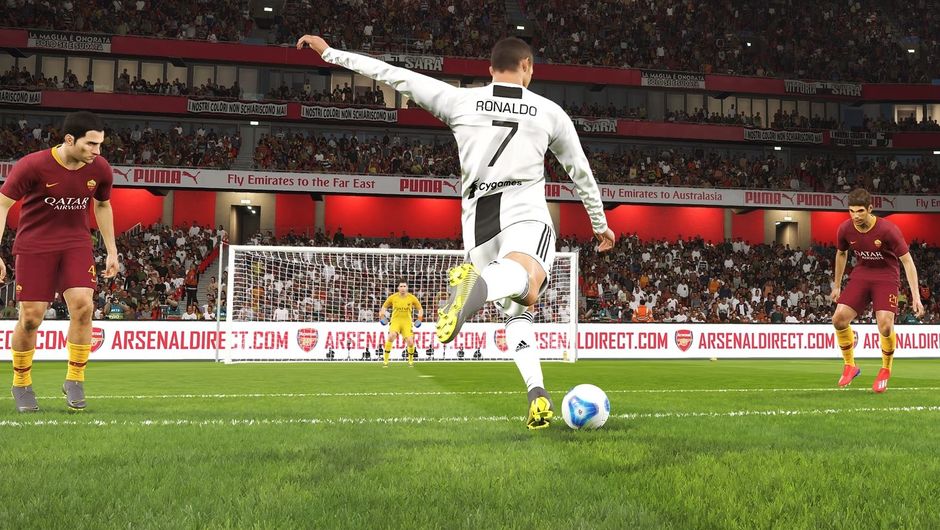 We have put together a list of things that we would like to see in PES 2020. To this day, PES is still unrivaled when it comes to sheer gameplay, but it's high time Konami started investing into things that take place off the pitch as well.

As a franchise, Pro Evolution Soccer has seen a number of significant improvements over the years, with PES 2019 being an excellent simulation of the sport of football. Thanks to the power of current-gen consoles and PCs, the latest iteration of PES manages to convey the actual feel of football at an impressively high level.

However, that is not to say that the game is perfect as there's still a number of areas that could be improved, some of which are arguably as important as on-the-pitch action, which, in all fairness, is nothing short of phenomenal.

Like every year, a new version of PES will be released sometime during the August-September period, and we have come up with a list of things that we would like to see introduced or changed with the new game.

Built on the power of the FOX engine, PES is a seriously good looking game - from outstanding player models to lifelike representations of stadiums like Anfield and Camp Nou. It's all proper sweet eye-candy, and yet, somehow, it all still feels very bland and boring. It looks great, but it doesn't feel like it.

The overall presentation of PES 2019, as well as that of the previous versions of the game, is just far too generic and bare-bones and we would like to see a complete overhaul of this in PES 2020.

Konami have got the right idea with the big things - stadiums, player faces, kits of licensed teams and so on, but they have been completely neglectful of other, smaller areas for years now.

Konami The presentation of PES games needs work - simple as that. 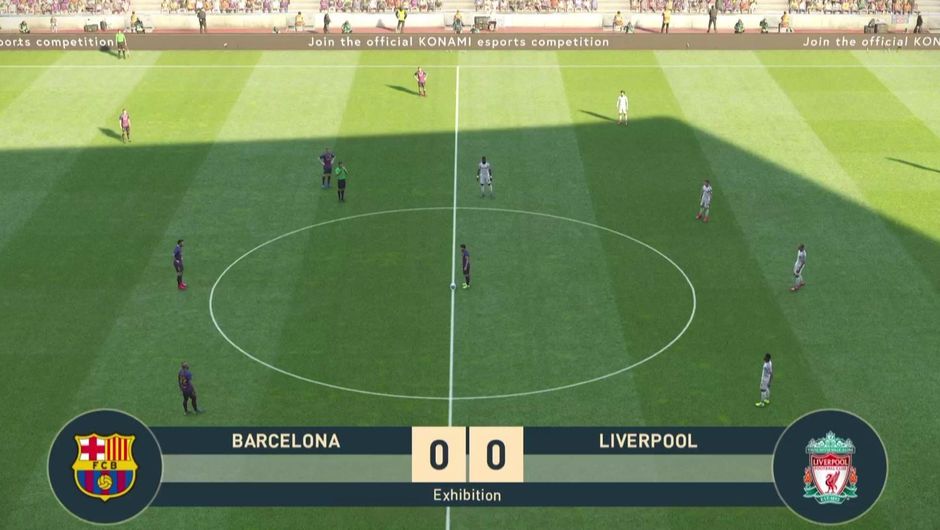 Different scoreboards for different leagues, managers shouting and giving instructions to players, authentic looking cutscenes during matches showing the bench and other players warming up - all of these things may seem minor and insignificant, but in reality, they very much add to the overall sense of immersion. That's why we hope that Konami finally decide to go all out in this department with PES 2020.

It is a known fact that FIFA is mercilessly dominant in the licence department when it comes to football games - at least as far as the most famous leagues go.

Konami's efforts of obtaining the rights to some of the world's greatest teams have landed them some pretty big names over the years, like Arsenal, Liverpool and Barcelona, but it's still far from what the fans would like to see, especially now that they've lost the rights to the Champions League as well.

Konami Liverpool and Arsenal are fully licensed in PES 2019. 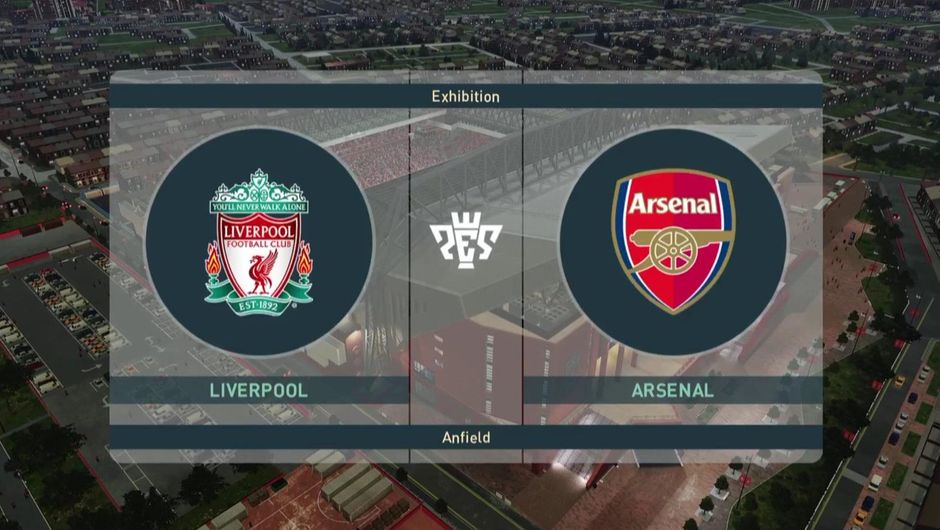 We understand that getting the licence for an entire league, such as BPL or Bundesliga for example, is mission impossible due to EA's giant, but we still hope to see some newly licensed teams added to PES 2020, such as Chelsea and Manchester United.

The "London FC" and "Man Red" names have plagued our screens for way too long, and while the game does allow the use of on PC and PlayStation 4, it is still nowhere near as good as the full-on representation of properly licensed teams.

Konami's partnership with Barcelona is the prime example of how amazing licensed teams and stadiums can look in PES, so seeing more authentic kits, names, badges and everything else that constitutes a football club represented in such a beautifully authentic way would be very welcome indeed.

Some people claim that PES 2019 is the best football game around, but only when played offline, and - truth be told - that isn't entirely wrong. Online matches can feel very sluggish at times with loads of input delay and lag issues, and don't get us started on lag cheaters who like to exploit the game's online shortcomings.

Dedicated and stable online servers should be a given at this day and age, and we see no reason why Konami should not have them with PES 2020.

Konami Scoring a goal online in PES 2019 feel satisfying, despite the at times horrid lag issues. 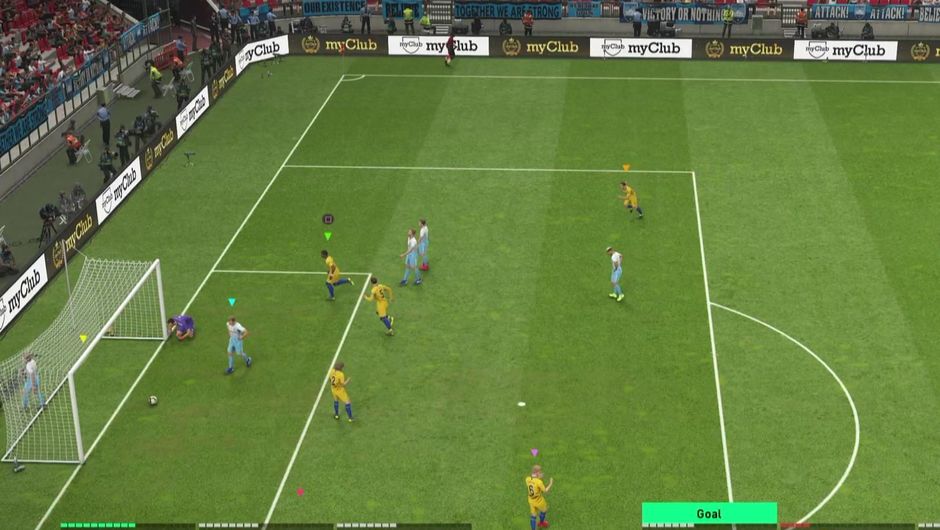 Yes, PES 2019 has seen some genuine improvement with its online play when compared to PES 2018, but we do not want to settle for small fixes and baby-step progress anymore. We want the online play of PES 2020 to run as smooth as the offline portion, and there's just no other way of putting it.

The commentary in PES 2019 is just downright abysmal. There - we've said it. While there may be some charm to Jim Beglin's random shouting and yelling, the absolute abundance of repetitive lines becomes monotonous and boring faster than you can say "mute".

While this isn't exactly a game-breaking issue, we strongly believe that good and - above all - interesting commentary very much adds to the extremely exciting atmosphere that football is known for.

Konami We want to hear more natural reactions when we score screamers with the likes of Salah. 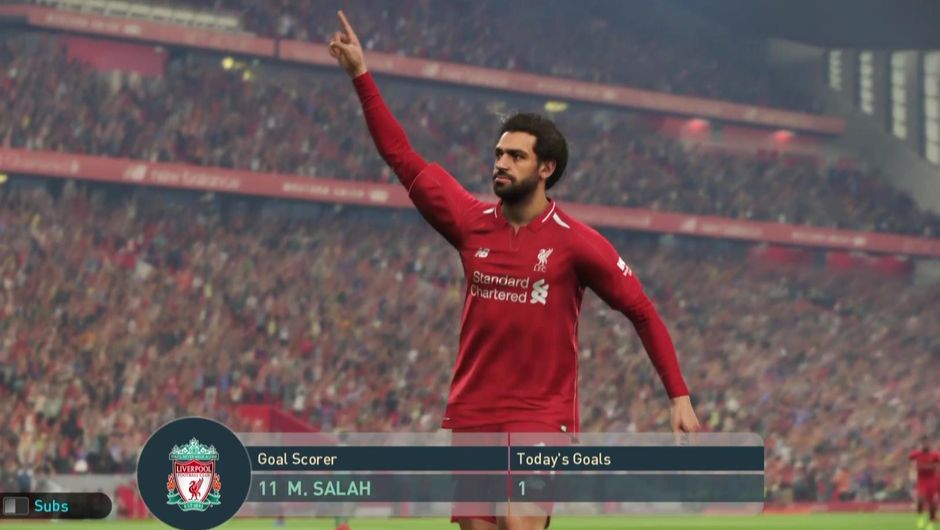 Hearing the same things over and over again in a tone that's everything but natural makes us want to turn our speakers down completely or put on some music via a third-party app in the background.

Re-writing the entire script and recording everything from scratch is probably too much to ask for, but we would at least like to hear a few new lines during matches in PES 2020, because, like we said, immersion is of key importance for sports games and commentary plays an absolutely huge role here.