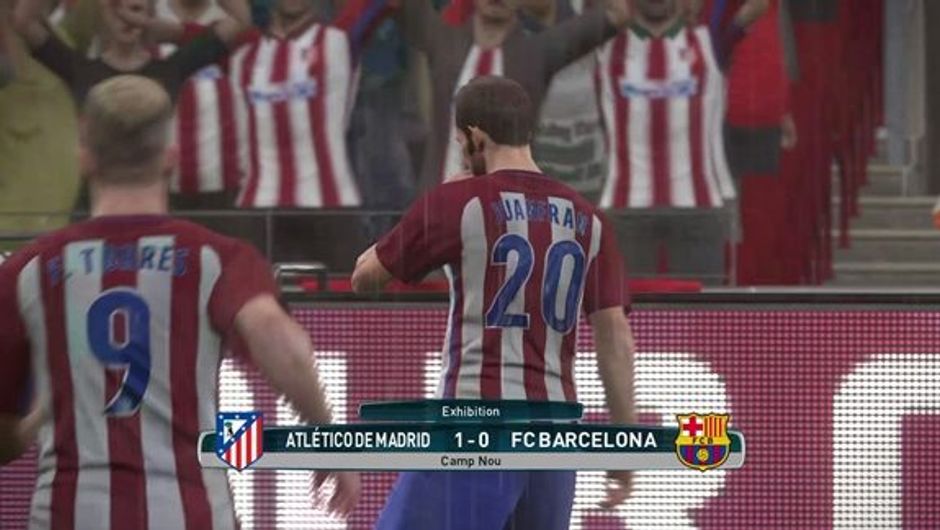 PES is an entirely different game when played online... and not in a good way

PES has definitely seen a number of improvements over the years, and many people claim that PES 2017 is the best game in the series, and we can honestly agree with that. However, that doesn't mean that it's perfect - there's still a lot more things that need to be worked on, and that's why we want to share our suggestions on what would make PES 2018 a truly fantastic game.

Don't get us wrong here - PES is a gorgeous looking game - built on the FOX engine which makes the player models, for example, look outstanding. But the overall presentation of the game is in desperate need of a complete overhaul. There are so many simple things that could be added to improve the general experience, for example: mid-match stat overlays, different scoreboards for different leagues, a much better and authentic looking crowd - the list goes on and on. If Konami really want to outclass or at least match their competition in this department, then they definitely need to up their game.

Konami The presentation isn't horrible, but it could do with a change - a big one at that

Now, by "improved gameplay" we don't necessarily mean that shooting or passing is bad - quite the contrary, it's actually brilliant. What we would like to see improved though is the movement of players, because in PES 2017, as well as in previous versions, the players have felt much too robotic. There's almost no difference between the first and last minute of the game, so introducing a more authentic feel of fatigue and exhaustion could help PES achieve that sense of realism it's always strived for.

Wouldn't it be awesome if PES had more licensed teams? We know that FIFA is the big boss in this department - owning the rights to almost every football team in the world - but with PES obtaining the licence for Liverpool, Borussia Dortmund, Arsenal and Barcelona last year, we would definitely like to see them continue going down this road. While we realise that getting the licence for the entire Premier League is a mission impossible - we can still hope to see the likes of Chelsea and Bayern Munich, together with their respective stadiums, fully licensed in PES 2018. Going at it bit by bit is the key to success, Konami!

Some people argue that PES is the best football game around - but only when played offline, and, honestly, there's some truth in that. Online matches feel very sluggish with loads of input delays and lag issues - and this is something that takes away a lot from the overall experience. Konami simply must upgrade their servers and there's no other way around it. Although, to be fair, PES 2017 was nowhere near as bad as PES 2016 when it comes to online play, but we don't want small improvements in this department anymore, we want the entire problem solved - once and for all.

Konami PES is an entirely different game when played online... and not in a good way

The commentary in PES 2017 is... well, it's different. But, we can't in all honesty say we like it. Yes, there's a certain charm to Jim Beglin's random shouting and yelling - most of the time it's out of place though - but we believe that the game could do with a change. While this is not the biggest of issues, the abundance of shouting and repetitive lines can become tiresome and boring very quickly indeed. Of course, re-recording everything from scratch is probably too much to ask for, but we hope to hear at least a few new lines during matches, because right now - we're better off launching Spotify and blasting it in the background.

Konami While almost comedic-like shouting of Jim Beglin would probably fit this situation, most of the time it does not

If we see at least one of the things we mentioned implemented in the new game, we'll consider it a job well done. Don't let us down, Konami!