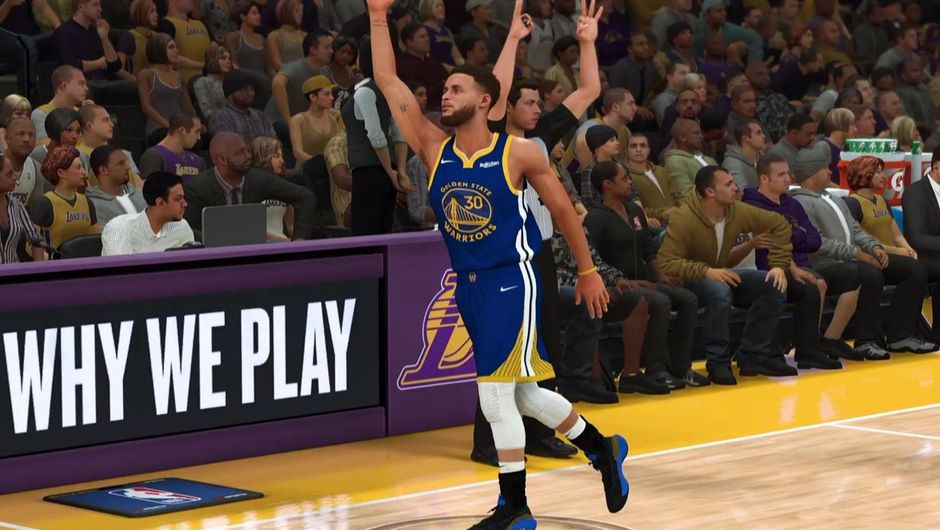 NBA 2K20 is easily one of the best entries of the popular franchise. Featuring overhauled physics and visuals, the game packs an absolute abundance of basketball goodness, but does that make it a flawless game? Here's what we think.

I'm still having a hard time coming to grips with the fact that NBA 2K20 was released a week ago, because, to me, it feels like it only came out yesterday.

I say this because I have been having so much fun with it, that I've completely lost the track of time - but that only speaks volumes about how good the game actually is. After all, time flies when you're having fun, right? So what makes NBA 2K20 so good?

Well, let's talk about MyCAREER first. This year, our story begins from the early days of college where you fall out with your coach after he makes a few decisions that are a bit controversial to say the least. I don't want to go into too much detail here because I want to keep this review spoiler-free for those who haven't played through the prelude yet, but what I will say is that the story of MyCAREER this year is by far the best the franchise has ever seen.

This comes at no surprise though because the team behind the excellent narrative is none other than SpringHill Entertainment. The brilliantly written dialogues, amazing camera work and very memorable characters make this year's MyCAREER cutscenes so good that the thought of me skipping them never even crossed my mind once.

Once you play your way through college and prove yourself to numerous NBA scouts who are closely monitoring your every move on the court, you will be drafted by one of the three teams that you select as your preferred destination, and thus your NBA career begins. I was lucky enough to join my favourite bunch - the Houston Rockets, who were at the very top of my wish list, just above the Lakers and the Trail Blazers.

Gear your player up with skill, not money

NBA 2K20 brings the Neighborhood back with all of its playgrounds and facilities that are very similar to those we saw last year. However, the one thing that I am happy to report is that the game does not rely on VC as much as it did in years past.

In his with us, Erick Boenisch, the senior producer at 2K Sports, firmly stated that the focus of MyPLAYER's progression is put entirely on skill in NBA 2K20. And indeed, skill does play the main role in how fast your MyPLAYER is going to progress this year.

2K Sports Upgrading your MyPLAYER with VC will only take you so far.

Make no mistake, VC does still make a difference in the beginning, but paying your way to stardom will only take you so far. To reach a high overall rating in 2K20, you will have to put in some serious work.

As Boenisch put it: "You can't even buy your way to 95 - that's something you have to play over time and unlock the right to level up that high. It's all about skill for us this year, and separating that gap is a very important thing for us."

The wonders of MyPlayer Builder

My favourite feature of NBA 2K20 is the new MyPLAYER Builder. This allows you to create a player exactly how you imagine him to be because, apart from choosing the standard stuff - playing position, height, weight and wingspan - you can distribute the attribute points however you want to in order to create your perfect player.

This freedom of choice allows you to experiment and play around with the creation system to your heart's content. Then, once you're done with setting everything up, the game will give you the names of three NBA stars that your player is similar to. I made a Playmaking Shot Creator build, and my similarities include the likes of Allan Houston, James Harden and Bradley Beal. Not too shabby, at all, I dare say.

2K Sports An example of a MyPLAYER build.

After you finish creating your player, you will have the option of testing him in a match before starting your MyCAREER. You can choose the overall rating you want to test at, so you can try the build at maximum level to see if that's the type of player you want to roll with.

It is an incredibly handy feature that has successfully managed to alleviate the pain of realising that you aren't satisfied with your MyPLAYER build halfway through MyCAREER and you have to create a new one, thereby throwing away all the hard work you'd put in. So kudos 2K for introducing the awesome MyPLAYER Builder.

The minute you start a match in NBA 2K20, you will notice how everything flows much smoother than it did before. The overhauled physics are noticeable right from the tip-off, especially in the player movement department. NBA 2K games have always been known for their attention to detail and thanks to the improved motion engine this year - NBA 2K20 has managed to take it all to even higher levels.

Being mindful of stamina is of key importance this time around because holding the sprint button for too long will wear your player out much faster than before. Thankfully, this change has brought an end to the days of when bigs could catch up with or even outrun guards during fastbreak situations.

So, just like in real life, sprinting should be used only when absolutely necessary, as opposed to gluing your finger to the sprint button and never letting go.

2K Sports You want to be extra smart about using the sprint button this year.

The way defence works has also been tweaked, and now there's an arrow underneath the player that you're guarding which lets you know when you should attempt to steal the ball. This implementation is also very welcome because it leads to less spamming of the steal button which often results in reach-in fouls that can sometimes be downright annoying.

Improved physics and motion engine, smarter defence and better foot planting are all of essential importance for a sports game, and NBA 2K20 ticks all of these boxes with ease.

Adding even more fun to the mix is the introduction of the WNBA. Not only are the female players presented on stunning levels, the way the game feels in this refreshing mode is very different to what you're used to.

Relying much less on physicality and putting an emphasis on running plays and taking smart shots is what makes the WNBA so great, and 2K Sports have very much managed to do it justice with NBA 2K20.

When it comes to the visual and audio department, NBA 2K games are simply miles ahead of other sports games, and such is the case with NBA 2K20. The enormous leap in lighting simply brings the game to life with extremely realistic skin tones of players and very impressive floor reflections of the game's virtual arenas.

My platform of choice for NBA 2K20 is PlayStation 4 Pro, and when hooked up to a 4K HDR tv, the experience is just downright incredible. NBA 2K games are renowned for their impeccable face scans and body types of players, and 2K20 continues this tradition beautifully.

The commentary is another thing that NBA 2K titles manage to excel at every year, and this iteration features seven different commentators who do a wonderful job of capturing the atmosphere of an NBA game. Natural sounding voices with a very fluid and authentic delivery of lines put NBA 2K20 at the very highest spot in this department.

It ain't all perfect though...

While the things mentioned above are all well and good, NBA 2K20 is not a perfect game. There are some things I noticed that I hope will be fixed with future updates and patches. My biggest complaint as far as the overall experience goes are the dreadfully long loading times in both MyCAREER and regular Play Now games.

I understand that loading all the goodness NBA 2K20 is packing requires a certain amount of time, but I'm still not convinced that it cannot be patched to load faster. Playing one or two games is fine, but going for an hours-long gaming session is not the most pleasant of experiences due to this issue, so I hope to see it rectified soon.

2K Sports Staring at the loading screen is not exactly the best way to have fun...

Also, while the game runs great on the PS4 Pro most of the time, there are some occasions where performance drops happen and the game starts stuttering. This is mostly noticeable during the final minutes of the game, and even more so when the shot clock goes below five seconds.

For a sports title, this can be a deal-breaker for most players, so while it doesn't happen all the time, it still needs to be addressed as soon as possible.

All things considered, 2K Sports have once again managed to deliver an absolutely amazing basketball title. With improved physics and overhauled visuals that make the game feel and look as authentic as can be, and a few minor downsides that can easily be improved upon with a simple patch - NBA 2K20 is nothing less than a must-play for all fans of the sports gaming genre.