Top 5 games to play this Christmas 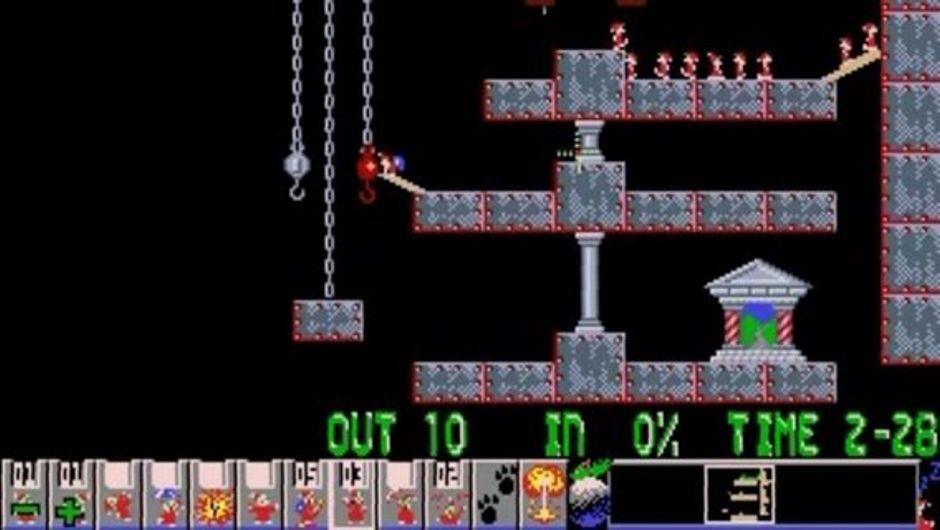 We're going to spend this Christmas playing video games because what else would one do, right? Here are our top five games you should definitely play during the upcoming holidays.

Well it’s that most majestic time of the year - the holiday season! So let’s look at AltChar’s top 5 Christmas games.

It just wouldn’t be Christmas without mysogyny and a god complex in Duke Nukem: Nuclear Winter. An expansion pack to 3D Realms's first-person shooter, Duke Nukem 3D. It was developed by Simply Silly Software.

Santa Claus has been captured and brainwashed by the aliens that Duke defeated last time; however, to make matters worse, they're supported by a new enemy force calling themselves the Feminist Elven Militia. Duke Nukem needs to travel to the North Pole in order to stop Santa Claus and the intruders together with whatever evil plan he has planned.

Most levels in the game are snow themed including previously visited levels like Red Light District and Hollywood Holocaust which the player went through in the original game. However, there are also new levels which will have the player travel to such as the headquarters of Santa Claus, a large town village and a toy factory.

Apart from containing several new enemies like snow men that throw snow balls at the player, and female elves that use dual sub-machine guns, old enemies also make a comeback such as Pig Cops and Enforcers with Christmas costumes to fit the general theme of the game. Santa Claus, appropriately going by the name Santa Claws as well, also makes an appearance as the boss of the episode.

Carrying on the expansion games, because isn’t that what Christmas is all about?Getting every last penny out of you for the same thing you already own is a promotional sampler disc of Nights into Dreams that was originally released during the 1996 holiday season for the Sega Saturn, and included in the PS2 Sega Ages re-release of NiGHTS into Dreams.

Advertised as a mere sampler disc with a Christmas theme, the game is known for a multitude of exclusive bonus content and modes not available in the retail version of the game. Despite only having two variants of one stage, it is commonly viewed among NiGHTS fans as a standalone game.

The city is covered in Christmas decorations and the crowd is searching to buy gifts for their loved ones. Among them are our heroes Elliot and Claris. The crowd is strangely in a rush. The crowd, however, mainly Elliot & Claris, feel that something is missing. In Twin Seeds City, the tower is decorated so nicely that it looks like a Christmas Tree. They then believe that it is the star on the tree that is missing. Elliot & Claris decide to go to Nightopia, find NiGHTS, and retrieve the star.

The visuals of Christmas NiGHTS change slightly depending on the time indicated by the Saturn's or  PlayStation 2's internal clock. The period between November and February is the most "active" part of the year, with scenery changing almost at an hourly rate.

The main part of the game is not unlocked until December, when Christmas NiGHTS mode is enabled. Here, the children wear Santa outfits, and defeating the boss (Gillwing) will lead to a credits screen.

But this game is not just for Christmas - on New Year's Day, there is a change of title screen, on Valentine's Day, hearts always fall, and on April Fools' Day, users can play as Reala instead of NiGHTS. Reala can be played at any point after the latter event is seen.

We don’t give our respect at AltChar unless you have played Lemmings. You get extra props if you’ve played the Christmas Lemmings. More props if you play it on an Amiga.

Christmas Lemmings, also known as Holiday Lemmings, was also released as a series of short games released between 1991 and 1994. The gameplay remains unchanged from the base game, which is not required. So, technically, we did not put another expansion in here.

In Lemmings, you have to guide your lovable sprites from point A to point B without losing them all on the way. First released as Xmas Lemmings as two four-level demos in 1991 and 1992, there were two later full retail releases on the Amiga and Atari ST in 1993 and 1994, both with an additional 32 levels.

If you have no family to argue and stress with over Christmas, Lemmings can simulate the whole process as you scream at your monitor.

Yep, we actually found a proper Christmas game that is not an expansion and actually contains Father Christmas.

Daze Before Christmas is a video game developed by Norwegian video game development company Funcom, who would go onto develop the Conan Barbarian games. Originally released onto the Sega Mega Drive in 1994 exclusively in Australia. A version was also released for the Super NES both in Europe and Australia. A North American release was planned however it was cancelled.

You must rescue the elves and reindeer who have been captured by an evil snowman and along the way defeat giant rats, evil toy and living snowmen by turning them into toys.

The game's most astounding feature is Santa's ability to turn into his evil twin, "Anti-Claus". By drinking a cup of coffee, Santa transforms into a blue-suited, devilish looking version of himself. As Anti-Claus, Santa is invincible, but unable to use his magic or collect gifts. His primary method of attack is swinging his sack of toys at enemies.

If this isn’t truly the spirit of Christmas then what else could be? What could be our number one Christmas game?

I have given up writing the rest of the article because I cannot do this next game any justice whatsoever. Someone else has kind of already talked about it in the best possible way. Just watch this we put up and it will be all fine.

As a First Person Shooter, Valorant has surpassed many others with its popularity. Now, new players are searching to lay their own gaming foundations, and here is how to do it.

Escape from Tarkov: How to complete Gunsmith quests [6-10] for Mechanic (Updated for patch 12.12.)

Escape from Tarkov: How to complete Gunsmith quests [6-10] for Mechanic (Updated for patch 12.12.)

Take a break from Jaeger's crazy quests and catch up with Mechanic's quests in the silence and safety of your hideout. Here are the parts and instructions for Gunsmith parts 6-10.

Escape from Tarkov: How to complete Gunsmith quests [11-16] for Mechanic (Updated for patch 12.12)

Escape from Tarkov: How to complete Gunsmith quests [11-16] for Mechanic (Updated for patch 12.12)

The last group of Gunsmith quests will require leveling up Traders up to level 4, or having a deep pocket to pay for parts on a Flea market, especially this early in a wipe.

Red Dead Online is in the midst of enjoying the holiday cheer, and now the players have a whole new seasonal mode to survive and get rewards from.

Have you tried playing the new Tarkov map and have encountered major performance issues? Well, you’re not the only one. Here are a couple of adjustments you might try to boost your performance.

Yuletide holidays have arrived in Appalachia along with the wise one. Fallout 76 players have a brand new set of nuke codes to work with along with some discounts at the Atomic Shop.