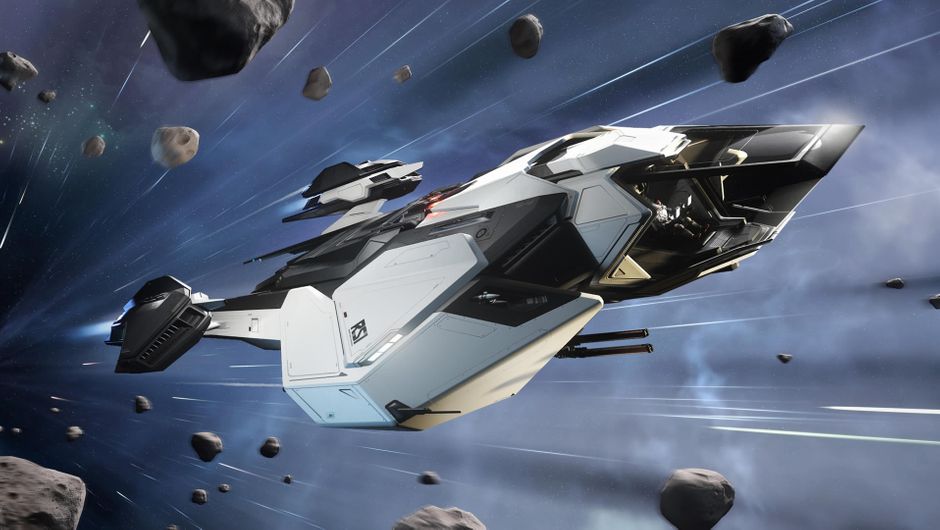 Yesterday, Star Citizen marked seven years since its announcement and what better way to celebrate than with the game's Alpha 3.7 update, which brings new cave locations for lucrative mining, shared missions, Banu Defender and much more.

Caves have been added to Daymar, Hurston and Aberdeen rocky moons and planet, respectively, and each cave has a ton of and FPS mineable resources. When we say a ton - we mean figuratively, i.e. expect far more than a measly ton.

Cloud Imperium Games (CIG) reminded that FPS mining is the most lucrative business in Star Citizen, which means that caves are likely to be pretty popular. Naturally, with popularity comes notoriety so be sure to bring protection. A ton of it, preferably.  Yes, figuratively again.

Ship rental kiosks are another feature coming with Star Citizen 3.7 Alpha and they're pretty self-explanatory. They should not only make gameplay a lot more versatile, but they also make finding your favourite ship flavour a breeze. Moreover, they'll make the newly-added Proximity Assist in Hover Mode a joy to test, in case you haven't nailed down your landing yet.

"Ship rental kiosks can be found at Spaceport in Lorville (Vantage Rentals) and Riker Memorial Spaceport in Area18 (Traveller Rentals). When renting, players can specify the duration (1, 3, or 30 days ) with longer time being a better overall value. Rented ships are insured and customizable. The time remaining on the rental is shown on the mobiGlas and the ASOP terminal", CIG wrote.

Star Citizen now has mission sharing, and if you choose to do so, your party members can help you complete the mission and divide the total payout, whatever it is. There's also the new missing person investigation mission that will help you get more familiar with the caves.

Mantis' pilots will be able to activate a dampening field called QED (Quantum Enforcement Device), "which will prevent ships from quantum if they are within You can also begin charging the quantum snare via interaction 'Q Snare Charge'. Once charged, activate the snare with 'Q Snare Initiate.'" This ensnares ships in a 20km bubble, after which they're at your mercy.

We've caught a few glimpses of the Banu Defender before, but it's time to experience it first hand, as the ship landed with Star Citizen 3.7 Alpha.

"The Banu Defender has a special shield that is best operated by two people via advanced hardening mechanics. The best way to utilize this feature is with a co-pilot adjusting hardening on their MFD while the pilot focuses on flying and engaging enemies", CIG said.

Star Citizen 3.7 Alpha also adds Hedeby Salva Frag Pistol, new ship weapon in Kroneg FL-Series Laser Cannons, as well as means to mine smaller rocks for valuable commodities on foot, thanks to the multi-tool with a mining attachment, both of which can be found at Area18, Lorville and Levski.

There's also a new Star Marine map, and a ton of bugfixes, which you can find on the Star Citizen website . Yes, figuratively. 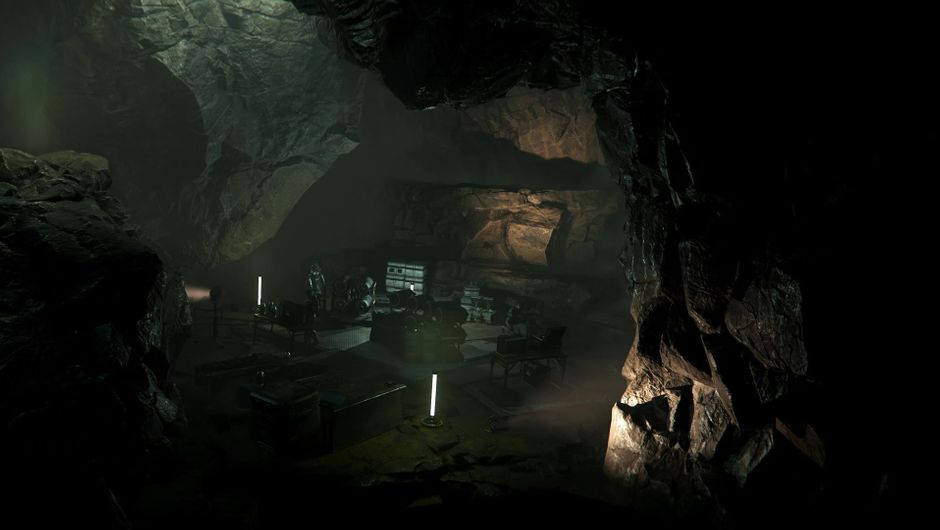 Cloud Imperium Games have released another look at what they have in store for players in the near future. This time around it turned out to be three versions of the Tumbril Ranger and a peek into the sound design of Star Citizen.

Cloud Imperium Games are going to deploy update 3.5 for Star Citizen in the coming weekend which will bring the new cyberpunk-inspired city, Area 18, as well as female characters and even more customisation for the facial features.

Cloud Imperium Games has released another Star Citizen video update, showcasing the first of Banu ships that should be implemented soon, as well as some visual effects updates, like those to dust clouds, particle collisions and more.

Cloud Imperium Games have rolled out Alpha 3.5 version of Star Citizen, and it's a big one, bringing a new planet called ArcCorp, along with its two moons, new missions, new weapons as well as a brand new character customisation system.

Less than a month since the last Free Fly event in Star Citizen, Cloud Imperium Games are at it again but there's a few added novelties this time around. We're talking about the Guide System, Welcome Hub and a full Free Fly event.

It must be a busy time at Cloud Imperium Games at the moment, as the company successfully completed this year's CitizenCon and kicked off the Free Fly event. Now, they posted a trailer for the fifth day, with exotic spaceships on display.

Cloud Imperium Games didn't take much to switch from full-on CitizenCon mode to their latest Free Fly event, where prospective Star Citizens get to try out different manufacturers on different days. The latest trailer is all about Aegis.

Star Citizen rakes in $1 million in four days after 3.3 release

Star Citizen rakes in $1 million in four days after 3.3 release

It turns out that Star Citizen's funding is far from a finished affair as the came continues to rake in millions, or in this case $1 million and some change, since Cloud Imperium Games rolled out the alpha 3.3 release on test servers.

Star Citizen is a polarizing project. True believers in it will hear no criticism and have stumped up the dollars to back their words. Critics think it's good at hoovering up cash and spitting out little of worth at the production end.

In the latest episode of Star Citizen Live, Cloud Imperium Games' Jared Huckaby and a few other devs took a detailed look at one of the game's most luxurious ships - the 890 Jump - as well as answered some development-related questions.