Why Bungie nerfed the Prometheus Lens 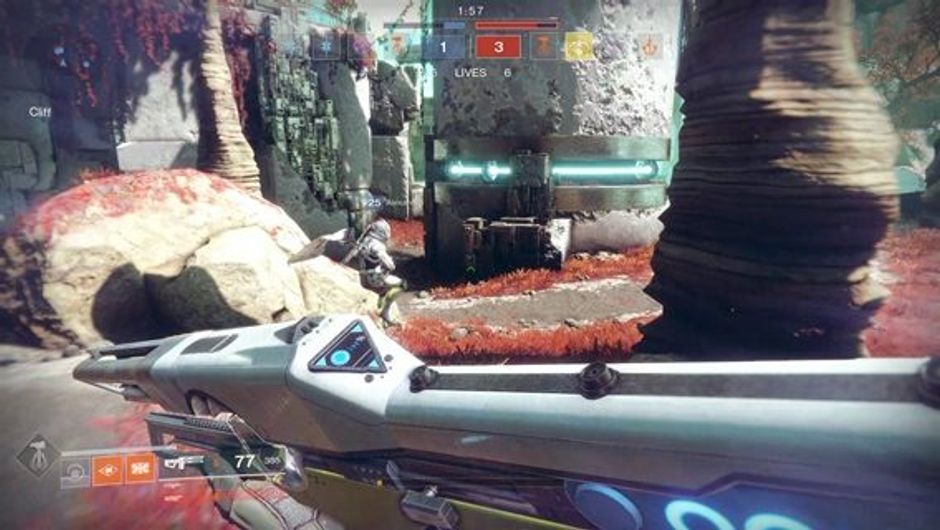 We've had loads of fun with the Prometheus Lens.

Destiny's most OP weapon to date - Prometheus Lens - has now been nerfed by Bungie. Here is everything you need to know about this rifle that caused many a Destiny fan to go on a wild killing spree.

So what is this everybody's talking about? Well, apart from Bungie showing how much attention they paid in Classics classes, the lense is a trace rifle. And so far, only the second to be released in Destiny 2 - the first being the exotic Coldheart. Trace rifles are powerful rifles capable of firing singular, concentrated energy beams that can be focused down upon multiple targets at once.

The Prometheus Lens generates a field of intense heat the longer it is fired, and kills return a fraction of ammo spent. Furthermore the gun has a 1000 RPM. For the default perks, the barrel has a chambered compensator which increases stability, moderately controls recoil and slightly decreases handling speed. 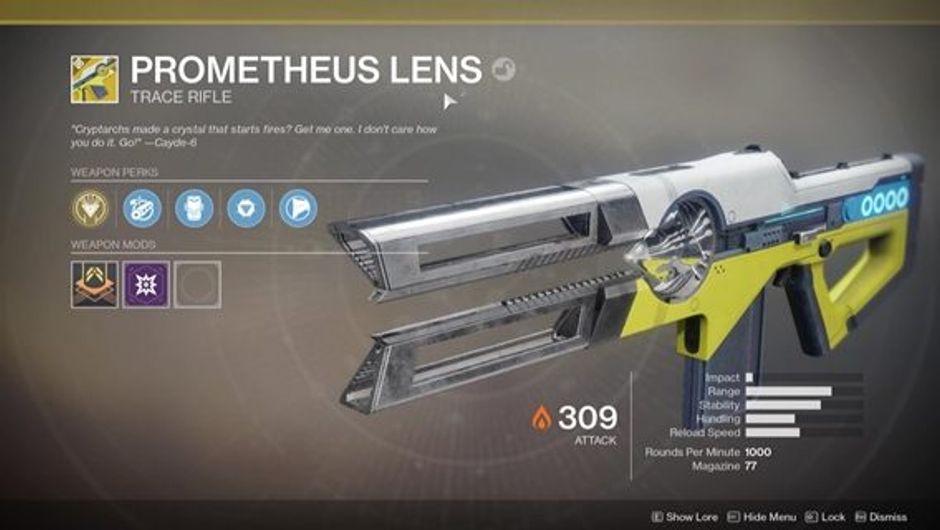 It has a project fuse that increases range and flame refraction, meaning that kills with this weapon return a fraction of the ammo used to the magazine, extending the beam’s duration. And finally a composite stock that slightly increases stability and handling speed.

As you can guess, the online community is not particularly happy with the OP gun as it is, and Bungie seems to be taking a “meh” attitude to it all. They have said they are patching the red line nightmare next week, and wanted everyone to have fun in the meantime.

Now, in defence of Bungie, and I can’t believe I’m saying this but - fair play to them. As opposed to making a standard week of changes in their grinding MMO, they have actually done something that has dramatically changed the game and made it interesting this weekend.

As opposed to the normal boring crucible, the Prometheus Lense has changed it for a funner experience. No more staring at your radar for the odd red dot of an enemy's position. Now it’s just looking for the red lights and flank.

Gamers will complain because... Well, that’s what we do. But this spanner in the works has actually made the game feel more alive and developing and expansive than the Curse of Osiris DLC. I personally look forward to more Bungie mistakes that get capitalised in the future.

Activision We've had loads of fun with the Prometheus Lens.

And again, good on you Bungie. You have actually embraced a bug and turned it into an event in your MMO. The game is a living and evolving organism. I’m not saying that this event is like the death of Lord British but it's close.

But now that the is out, it will no longer be as overpowered as it was.

Void Hunters will probably be unhappy with the next season of Destiny 2 as their main trick in PvP will be significantly diminished.

One of the most popular weapons is coming back to Destiny 2 after having an extended leave of absence.