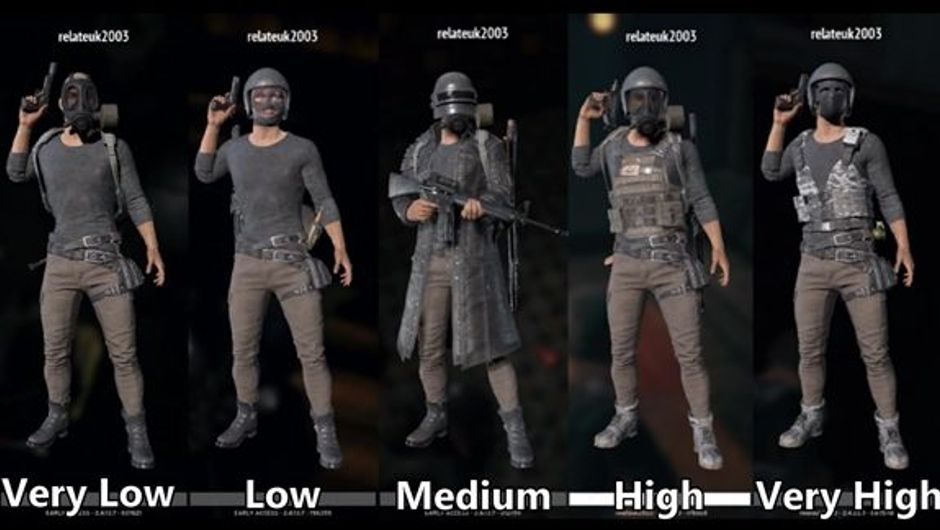 Visual differences of PlayerUnknown's Battlegrounds when played on different settings.

In our newest graphics comparison video, we take a look at the visual differences of PlayerUnknown's Battlegrounds when played on different settings. Watch our video to see how the game looks on the lowest, as well as on the highest settings.

PlayerUnknown’s Battlegrounds is undoubtedly one of the biggest and most popular games at the moment. It is because of this massive popularity that we decided to make a graphics comparison video in which we show you how different the game looks when played on different settings.

The footage was captured by yours truly, using the built-in capture of the NVIDIA graphics card.

These are the recommended settings for PUBG:

We're bringing you the first screenshots and details of PUBG's new map named Deston, which is launching on July 13.