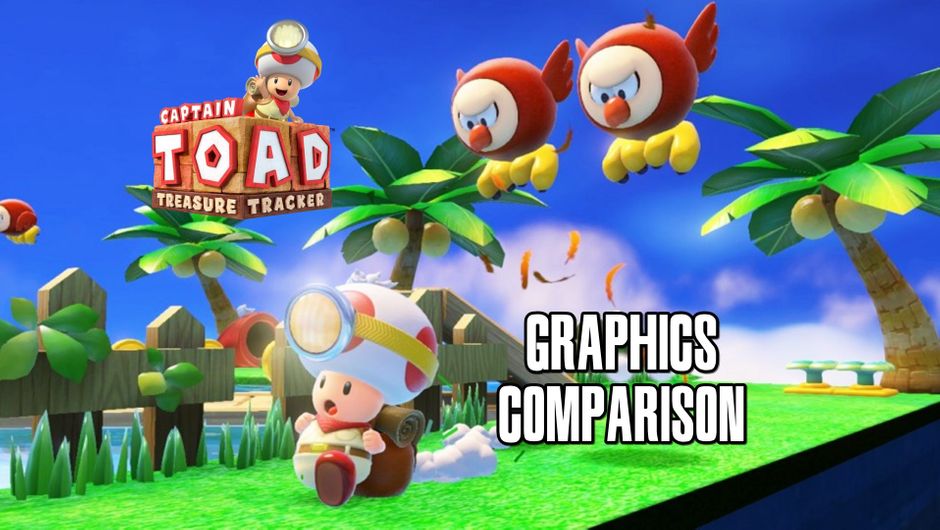 The game that no-one asked for when it first came out has now been released for the console that everyone wants. Let’s have a look at the visual differences of Captain Toad: Treasure Tracker when played on Nintendo Wii U and the Switch.

Captain Toad: Treasure Tracker was first released for the Wii U in 2014. For everyone who doesn't know, the game is built upon the Captain Toad levels in Super Mario 3D World. This was a very weird choice of game to be made by Nintendo, if you ask us. No one was really calling out for a fully fledged game the way that people are calling out for Waluigi in Super Smash Bros Ultimate.

But, we digress. Captain Toad: Treasure Tracker can best be described as a platform puzzle game. Each level is a dedicated puzzle in which Toad must get to the end of the stage by getting the Power Star. Along the way, there are three Super Gems to collect, as well as a bonus objective that appears at the end of the level where the player must clear the stage while performing a certain task.

The catch of the game is that Toad cannot jump. He can fall, but he can’t jump. For the Wii U, you had to use the gamepad to move the isometric level around so you could see where you are going and use the touchpad to move certain level features.

All in all, this is a pretty neat little game. Much like Mario Tennis and Sushi Striker, Nintendo have taken a core minimal gameplay idea and expanded it to places other companies would not have dreamed of doing.

The game is coming out for the Switch in July 2018, but luckily enough, a demo has just been released - giving us everything we need to make a graphics comparison video. 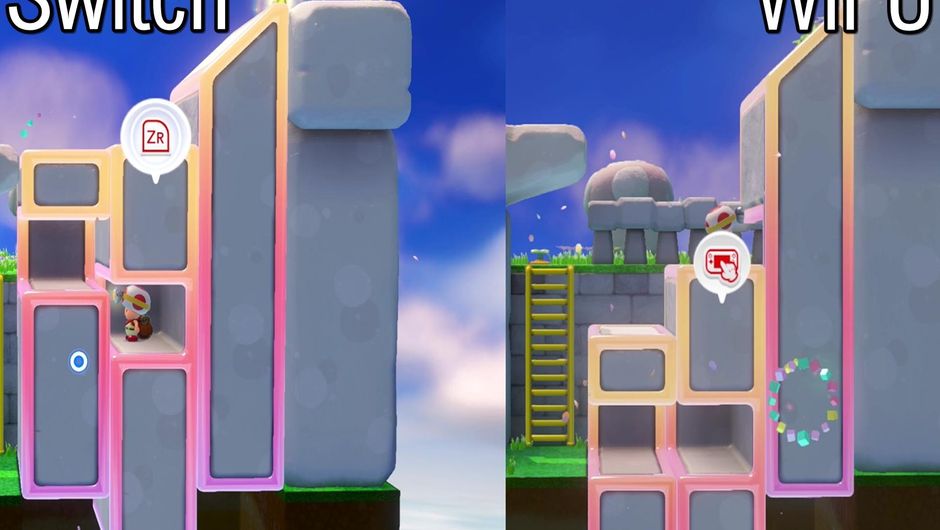 So without any further ado, make yourself comfortable and let the pretty visuals .