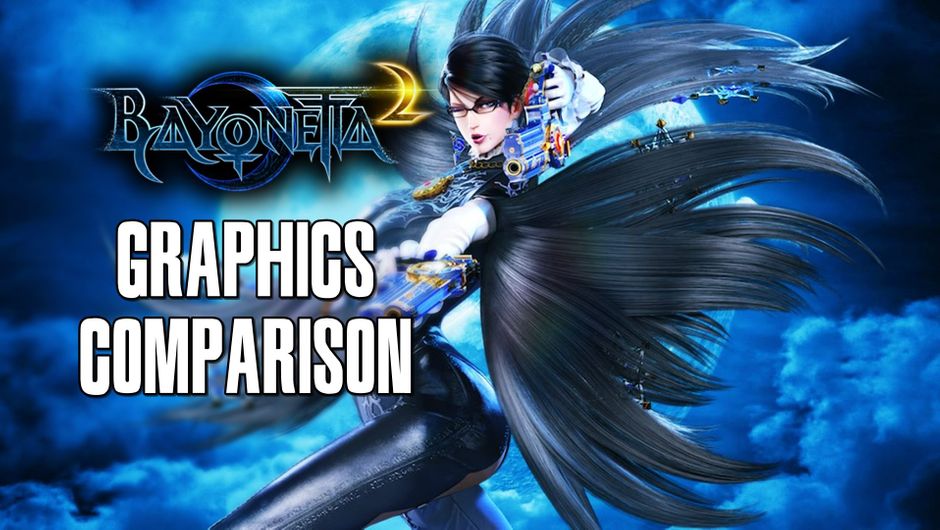 In our previous graphics comparison video, we compared the visuals of Bayonetta when played on three different platforms. Now we're taking a look at Bayonetta 2 on the Wii U and Nintendo's current flagship console - the Switch.

Bayonetta 2 was originally a Nintendo Wii U exclusive and, at the time of writing, the Switch version has not taken over the sales that the game had on its original platform. This is strange because the Switch as a console has already the Wii U.

A lot of controversy surrounded Bayonetta 2 being a Wii U exclusive with concerns that Nintendo would censor the tone and aesthetics of the game, but fanboys and fangirls rejoiced as Nintendo did not tinker with the game but instead worked with the devs to be even more racy. But enough of our factoid ramblings - the big question is this: nearly four years after its debut, does the game look better on the Switch?

We answer this question right .

Monster Hunter: Rise is getting more and more teasers as Capcom approach the finish line, and this time it's about the heavy-hitting bundle of pain called Switch Axe.

With an exceptional soundtrack, decent story and superb art style, The Medium succeeds in creating an eerie atmosphere, but it's far from a flawless experience due to its oversimplified puzzles, underwhelming voice acting and pacing issues.

The Lord of the Rings: Gollum has been delayed

The Lord of the Rings: Gollum has been delayed

The developer Daedalic Entertainment have announced that their upcoming title Lord of the Rings: Gollum will now launch sometime in 2022. The game also has a new co-publisher - Nacon.

According to the latest hints from reliable GTA insiders, Rockstar Games could be working on GTA Trilogy Remastered, a collection which would include GTA III, GTA Vice City and GTA San Andreas.

It's really not a good day for cheaters as The Pokemon Company stated on its website that Pokemon Sword, Shield and Home players caught using shady files will be banned.

Sucker Punch's Cinematic Creative Director Dave Molloy has revealed on his LinkedIn profile that the studio are currently working on a Ghost of Tsushima game for PlayStation 5.

While PS5 players can enjoy the main prize in the form of a demo for RE: Village, Switch gamers will have to find a consolation prize in the new sale for the Resident Evil franchise on eShop (NA).

Rumour: Next Assassin's Creed game could be set in medieval France and Germany

Rumour: Next Assassin's Creed game could be set in medieval France and Germany

A new Assassin's Creed rumour has surfaced online, revealing info about Ubisoft's plans for the franchise in 2021. Apparently, the two DLCs are coming in March and June while the next game will be set in medieval France and Germany.