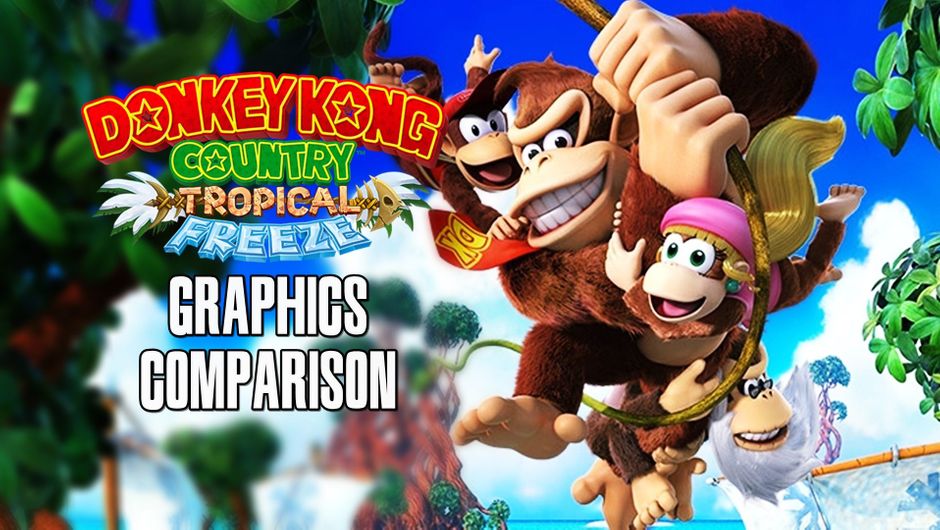 In our new graphics comparison video, we take a look at the latest addition to the Donkey Kong Country series of games - Tropical Freeze. We played the game on the Wii U back in 2014, and now we've put it up against the new Switch version.

Another week has gone by in the life of Nintendo Switch and that means another Wii U game being ported over.

You know, we were committed to the Wii U - we still are. It was an innovative console with a small but great library of games. However, at the rate the Nintendo Switch is bringing these games over, it’s looking more and more like a brick every day. But, I digress. Today we are doing a graphical comparison of Donkey Kong Country: Tropical Freeze. Wii U vs Nintendo Switch.

Quick review, the game is great. If you haven’t picked it up yet, we strongly recommend it. It’s a good solid platformer. So devilishly difficult that it will keep both the casuals and completionists compliant. Our last was on Shantae, which is another great platformer, and objectively speaking - Donkey Kong is better, but we just really like Shantae.

The game is developed by Retro Studios and was released in 2014 for the Wii U. It is part of the illustrious Donkey Kong Country series that started on the Super Nintendo by Rare.

Picking up the legacy of a once great company is always a difficult task, but if anyone was going to do it, it was going to be Retro Studios who proved they could be trusted with Nintendo's precious franchises with Metroid Prime.

The biggest change in this new version is Funky Mode, allowing us to play as Funky Kong for the first time. 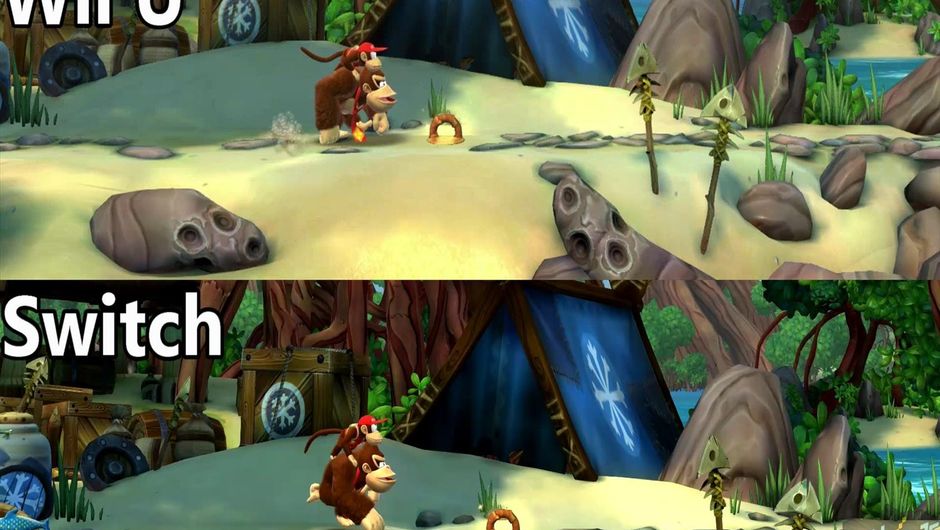 But enough factual talk. That's not what you're here for today. You're here to see a comparison of some pretty visuals, so click and enjoy.

Nintendo plan to produce more Switches in the next fiscal year

Nintendo plan to produce more Switches in the next fiscal year

Nintendo intend to increase Switch console production in the coming fiscal year. Given that the console is already in its seventh year of existence, many people find this decision quite odd.

Saudi Arabia's Public Investment Fund (PIF) have upped their stake in Nintendo from 5,01 per cent to 6,07 per cent.

The wait for the DLC pack in Treachery in Beatdown City is coming to an end soon as it now has a release date.

To no one's surprise, Hogwarts Legacy is absolutely dominating pre-order charts across PC and consoles.