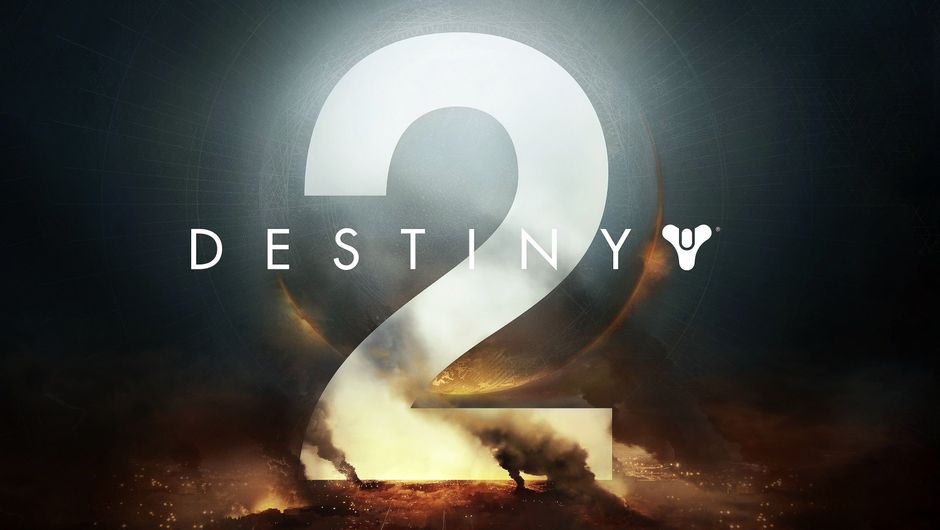 Whether you own a high-end gaming rig, or a standard low/mid-range PC - we have made a guide that will ensure you get the most out of your Destiny 2 experience. On PC, fame rates are king. Take your place on the throne.

It’s strange to think that Destiny 2 has not even been out for six months yet. It’s been a period of ups and downs for Bungie - critical acclaim, awards, loot box controversy, over powered guns, apologies and a vocal community.

We at AltChar are split with some of us loving this game and some of us . Those of us that love it and still play it, want to share with you guys the preferred graphical settings for PC to get the most out of the game.

For this video we are using an AMD Ryzen 7 1700X Eight-Core CPU with 16GB of RAM memory and NVIDIA GeForce GTX 1070. The game is running off an SSHD.

Firstly whack all them settings up to the highest. This isn’t where you want to see everything in the distance. This is Destiny 2 - a glistening sci-fi world. It deserves to be seen in all its wonder.

To expand on this wonder, you are going to want to change the Field of View from its default setting to the max of 105. This will expand the amount you can see and will come in useful during crucible. 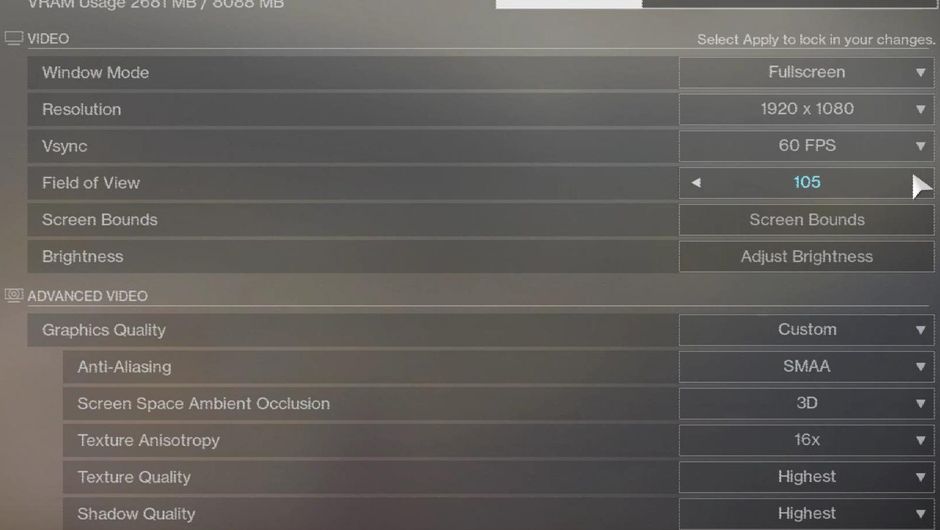 For Anti-aliasing, the FXAA will make the image a bit more blurry in getting rid of jagged edges, so you want to go for the SMAA. It will take more out of your machine but will provide a much better experience. 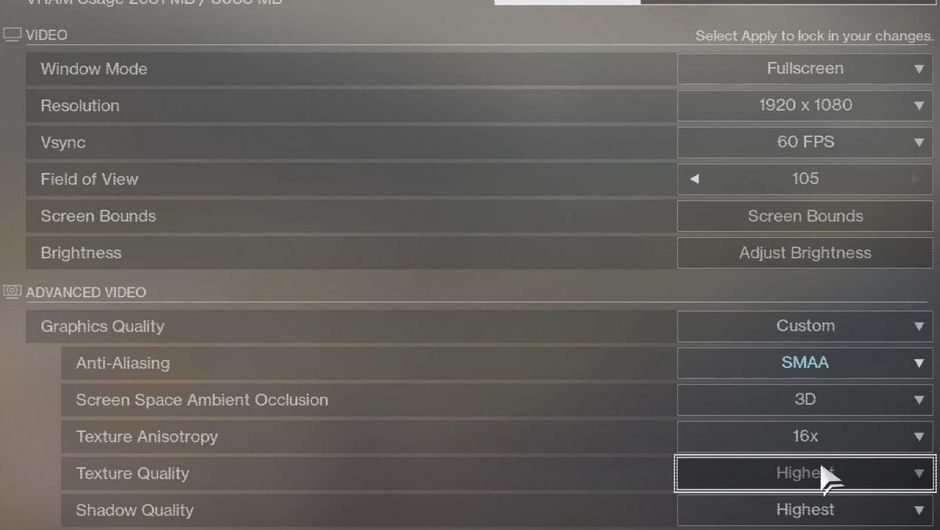 Make sure the Texture Anisotropy is set to 16x. This will make objects at a distance seem more detailed. 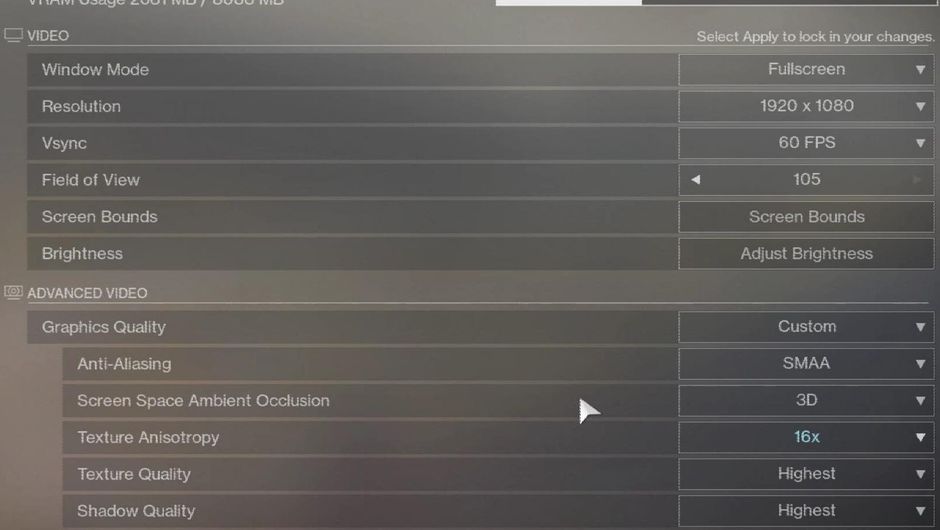 Finally, we have the Screen Space Ambient Occlusion. This will make areas darker if there is no light. HDAO all the way. 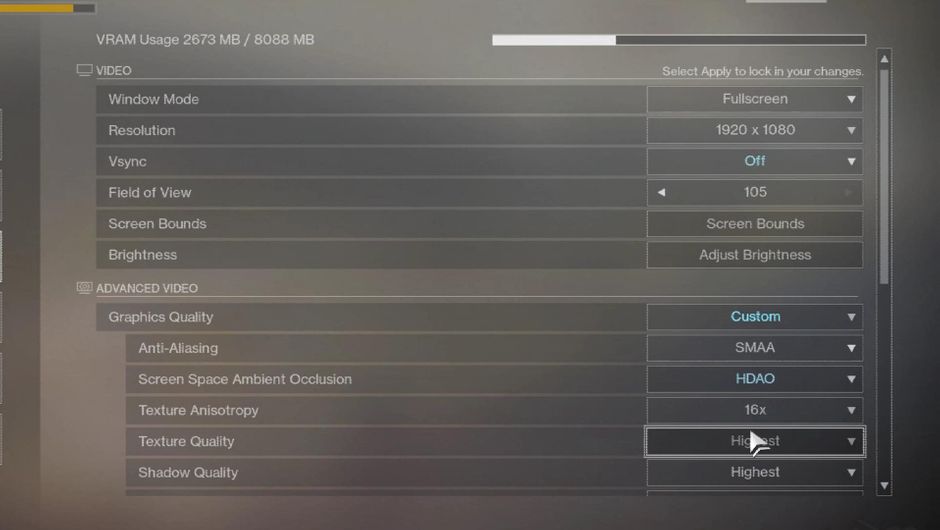 These are the settings that you should apply if you want to make your Destiny 2 experience be as beautiful as possible. Now let’s move on to what you got to do for best performance.

First thing, turn off the Aim Smoothing. It puts the control fully on your mouse settings and not overridden by Destiny 2. 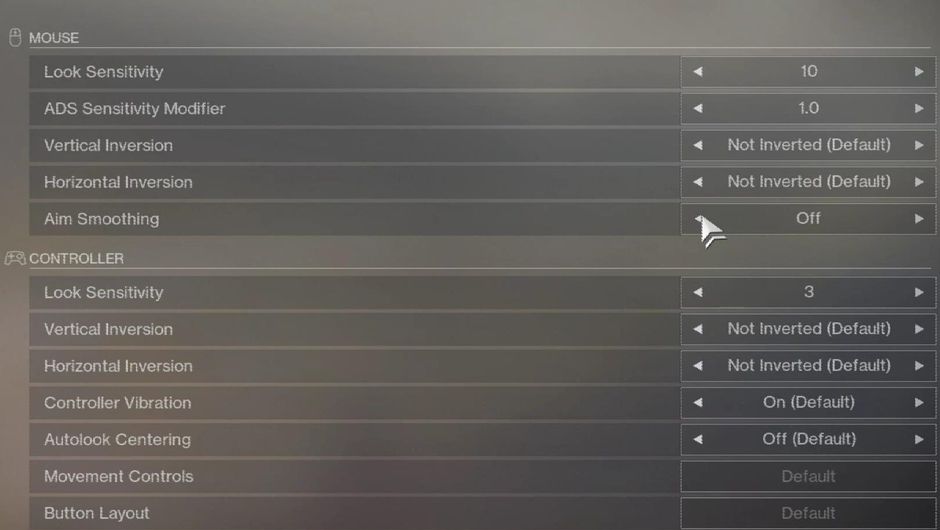 Make sure the window mode is on Fullscreen so that you reduce any form of input lag. The same is applied to Vsync - get that turned off. It’s a slight reduction but combined with everything else, you are going to get more FPS. 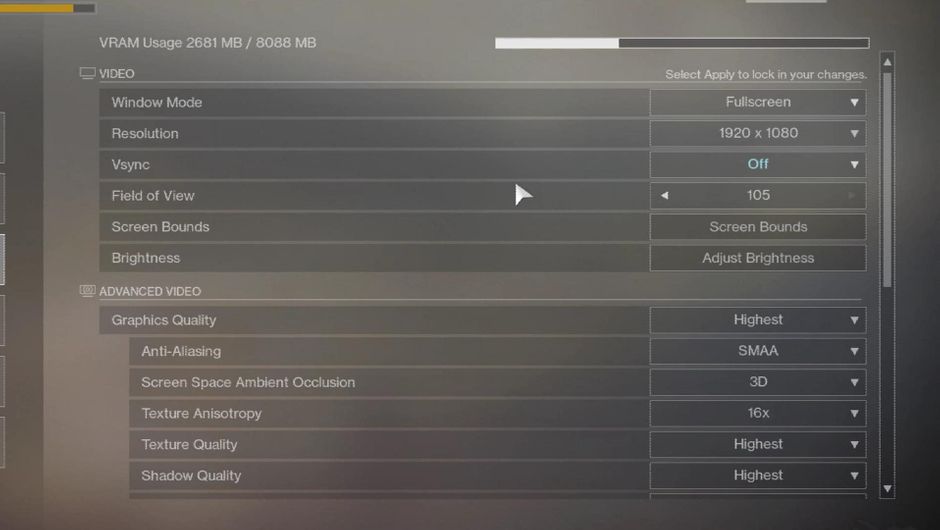 Anti-Aliasing should be kept to SMAA. If you got the power, it can stop the game being blurry around the edges. Same applies to HDAO for Screen Space Ambient Occlusion. 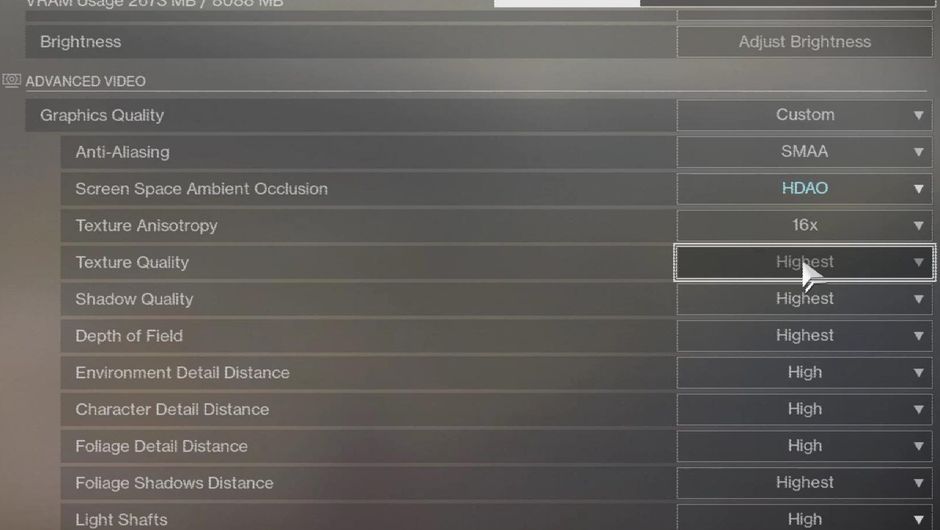 Set Texture Quality to medium. It still looks great and will reduce the strain on the computer. Set Shadows to medium as well. This will make it easier to see enemies hiding in them - the same principle we apply to PUBG. 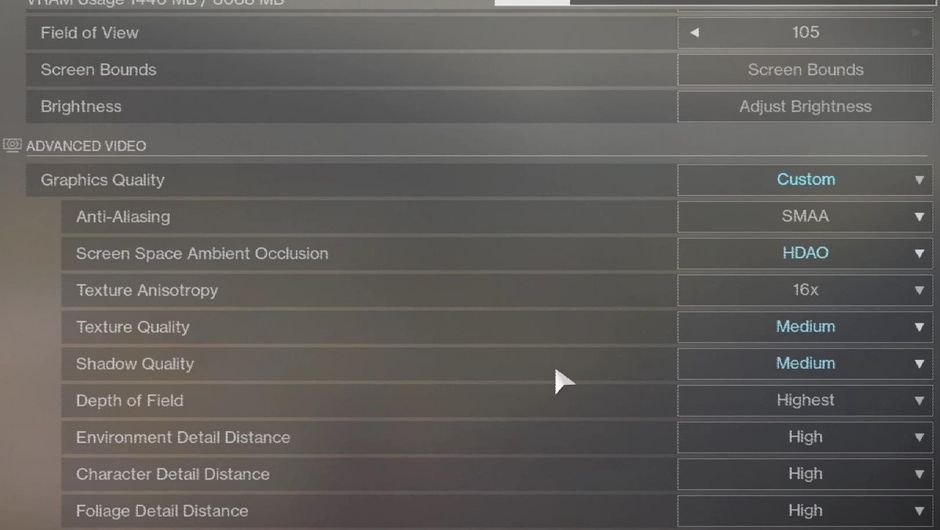 Turn the Depth of Field off so that the enemies in the distance don’t look blurry. 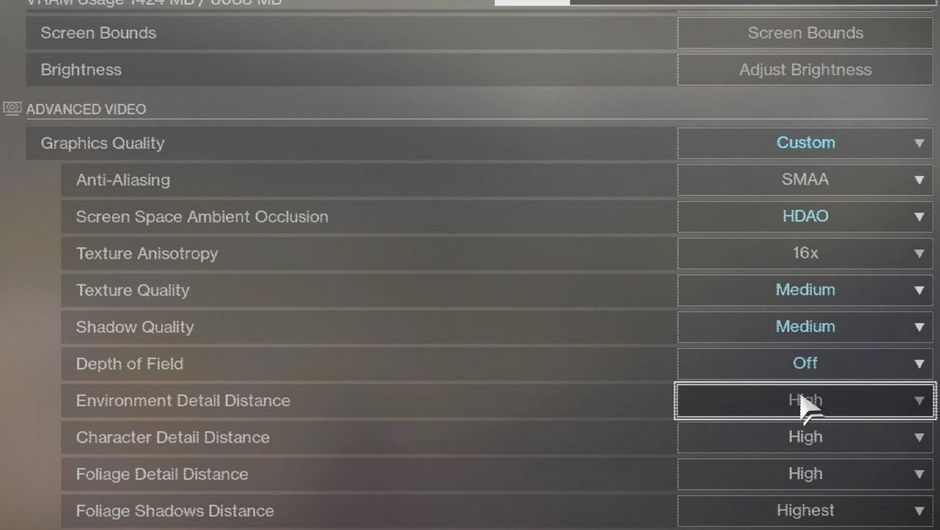 Turn all the other settings to medium. Yes the game looks great during the opening cinematics on high, but later on, you don’t really need see that much extra detail as the game is no-longer taking you on a sightseeing tour.

And finally turn the Motion Blur, Wind Impulse and Film Grain off. They do little graphical improvements, but is it really noticeable when you are running around shooting everything in sight? We think not. 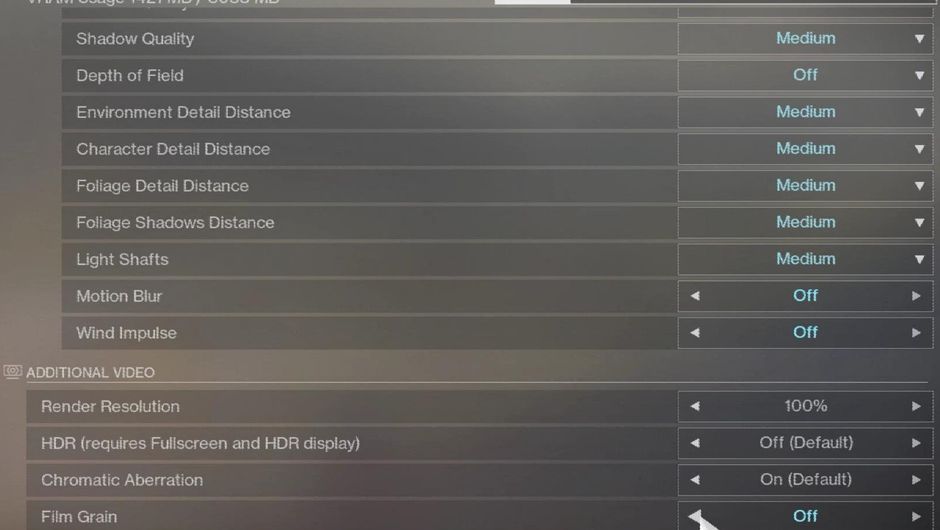 It's important to seize the opportunity when an easy Legend Lost Sector appears on rotation in Destiny 2 so here is a tip on how to rush through one.

Call of Duty: Warzone 2 - How to drop the Nuke on Al Mazrah

Call of Duty: Warzone 2 - How to drop the Nuke on Al Mazrah

If you are wondering how to activate the nuke in Call of Duty: Warzone 2, here is everything you need to know. Complete all these steps to set off the nuke on Al Mazrah and instantly win your match!

Configuring your settings not only enhances the quality of the game but may also increase its performance. A greater performance level in a match may provide you an advantage over an opponent who is suffering from a low FPS.

Call of Duty: Warzone 2 - How to unlock all operators

Call of Duty: Warzone 2 - How to unlock all operators