Everything we know so far about Bandai Namco's Code Vein 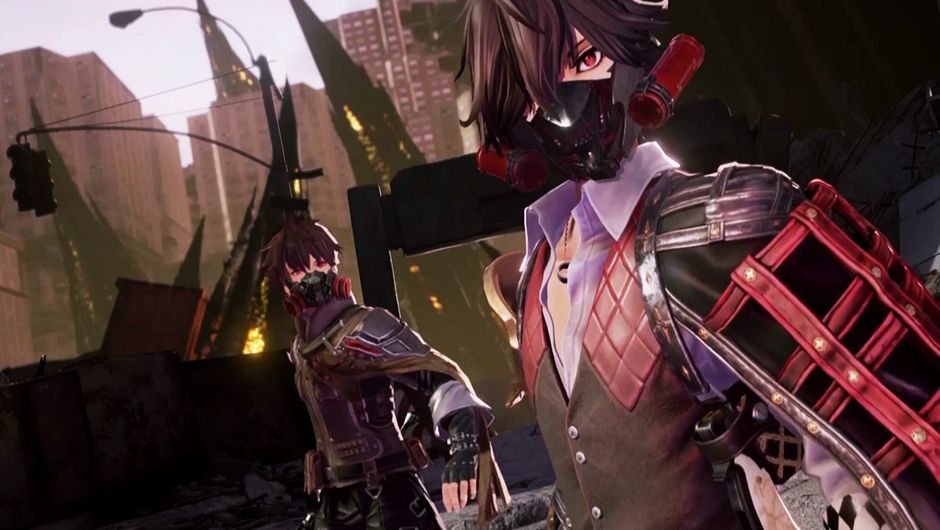 AltChar team was invited to a Code Vein session in London, where we sat down with the game's producer who was kind enough to provide us with new information about some of the most important aspects of this upcoming action-RPG title.

Code Vein is an upcoming action-RPG title from Bandai Namco, set in a post-apocalyptic, vampire-themed universe. We were invited to the Bandai Namco HQ in London where we were given the opportunity to speak with the game's producer, Aude-Alexia Koch, who gave us further insight into what this brand new IP is going to offer.

Thanks to the success of God Eater from 2010 - a game that was also set in a post-apocalyptic world - Bandai Namco wanted to keep a similar tone with the new game, but with a few new twists and additions, and so the idea of vampire characters in Code Vein was born.

"We chose a vampire character so we could make people realise that even if your character is dead, there is something after that, and that they still have to fight and survive.", explains Koch.

This sums up the story of Code Vein well - your character may be dead, but your journey does not stop there. You are now a "Revenant" who has lost their memory, your task will be to find out what happened to you and what happened to the world itself.

Knowing that all you have ever known has been completely destroyed, it will be up to you to make everything right again.

There is a dungeon area present in the world of Code Vein called The Depths - a place teeming with different foes who will truly put your skills to the test. As Koch puts it,"It’s difficult down there. You are able to fight numerous enemies, loot items, try to level up a bit. As you progress through the story, you find different maps, and that enables you to unlock new parts of The Depths."

Speaking of difficulty, Code Vein will by no means be an easy game, so those who like Dark Souls will surely enjoy what's essentially its anime-like counterpart. "Difficulty was in the very DNA of the game from the beginning. It was always meant to be a challenging game. It’s about artistic value for us", says Aude-Alexia Koch.

Another exciting aspect of Code Vein will be its multiplayer mode. Featuring an interesting class system called Blood Code, the game will allow players to switch between different styles of play with ease, and whenever they feel like it.

Addressing the way multiplayer and Blood Codes switching works, Koch goes on to explain that "You can decide how each of you wants to play in the game, and play differently in different areas of the game. So for example, you might say “in this area, I will go more on defence”, and your teammate can choose something different - it leads you to build a different experience through the game, different strategies. It’s something I really like."

The strategic co-op mode and its flexible style of play further confirm the game's difficulty and the depth of the story mode. Aude-Alexia Koch firmly states that players will be able to get at least 40 hours of play out of Code Vein, and that's if they're exceptionally skilled at steamrolling through the game's story.

Being an action-RPG title, Code Vein will offer an in-depth customisation mode where players can edit their character's looks and traits, such as the aforementioned Blood codes, Blood Veils, special abilities known as gifts and so on.

The game will be released for PlayStation 4, Xbox One and PC. There is no word on the exact release date yet, other than year 2019 that the game was officially delayed to in July, 2018.

With everything said, one thing is for sure - Code Vein is an extremely important project for Bandai Namco. Not giving an exact release date and just generally being quiet and not stirring up hype implies that the team behind the game are being extra careful with executing each move, thereby confirming its importance that much more.

Warhammer 40,000: Inquisitor - Martyr is staying true to the setting's ceaseless war as the devs as throwing in even more Chaos spawn to try and stop you.

Assassin's Creed Crossover Stories are now live for the owners of Valhalla and Odyssey. Valhalla's upcoming Dawn of Ragnarok DLC will be available in March 2022.

An interesting Genshin Impact leak predicts the second arrival of the popular Electro Archon - Raiden Shogun, who is expected to appear alongside the new character Yae Miko on update 2.5.

A credible Genshin Impact leaker has revealed the plunging animation for one of the upcoming characters Yae Miko. She's expected to join the playable roster on update 2.5.

A recent leak on the Genshin_Impact_Leaks subreddit has revealed that the upcoming character, Shenhe, has already been buffed. Shenhe will arrive alongside the new character Yun Jin in update 2.4.

A recent post by a credible Genshin Impact leaker has revealed the level-up materials for the upcoming character, the long-awaited Electro Catalyst - Yae Miko.