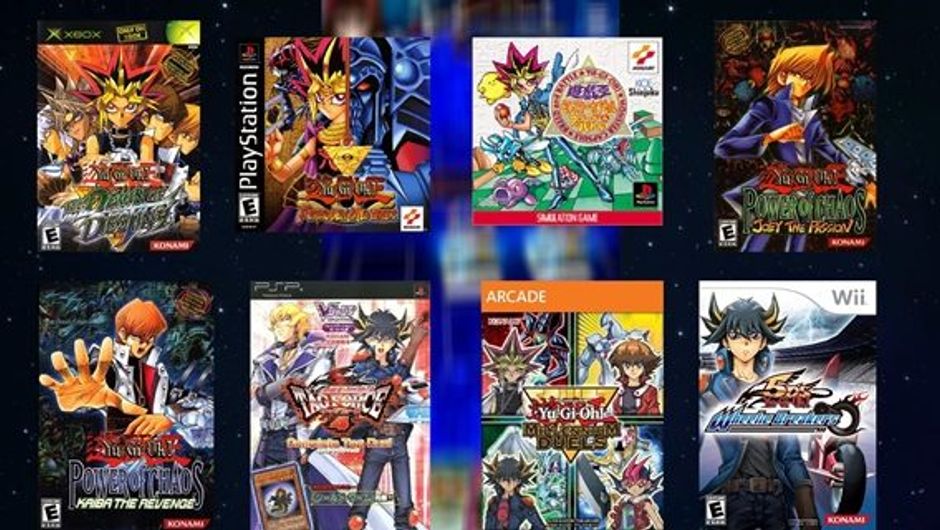 Some of the previous Yu-Gi-Oh! games.

Yu-Gi-Oh! fans finally have a game that does this legendary anime justice. Read on or watch our video review to see what we thought of this game.

The CCG game that's all the bells and whistles at the moment is Yu-Gi-Oh! Duel Links.

Now, there's a good number of Yu-Gi-Oh! games out there: Yu-Gi-Oh! Power of Chaos, Yu-Gi-Oh! Capsule Monster Coliseum, Yu-Gi-Oh! Duel Generations and so on. It really is quite an extensive list. Konami have published a Yu-Gi-Oh! game for every platform you can think of but not one of those games was ever good enough for hardcore fans of this anime.

Konami Some of the previous Yu-Gi-Oh! games.

None of these games could ever convey the true atmosphere of a Yu-Gi-Oh! duel - we're talking 3D monsters, proper voice acting, playing against other players in a virtual world etc. To be fair, certain games did hit some of these marks, but it was nowhere near the complete Yu-Gi-Oh! experience fans were hoping for.

Konami The game's visuals are brilliant. 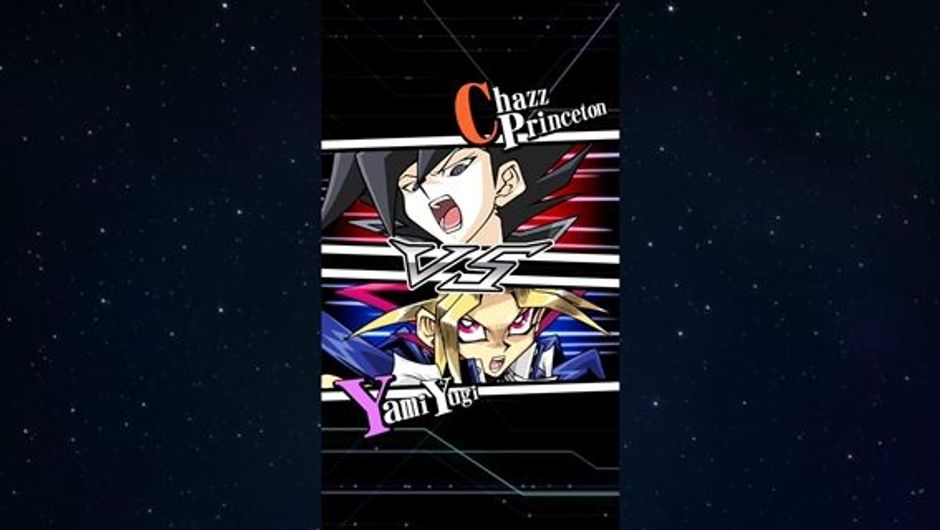 While the game does not offer a story mode that revolves around the actual events from the anime, it does take you on a whole different journey. A much better one at that. In Duel Links, you can choose between dueling the characters from the anime, such as Yugi, Joey, Kaiba and the rest of the gang. These duels are all fairly easy for people who grew up playing Yu-Gi-Oh! on their PC or Gameboy because the CPU in those games was significantly harder to beat. 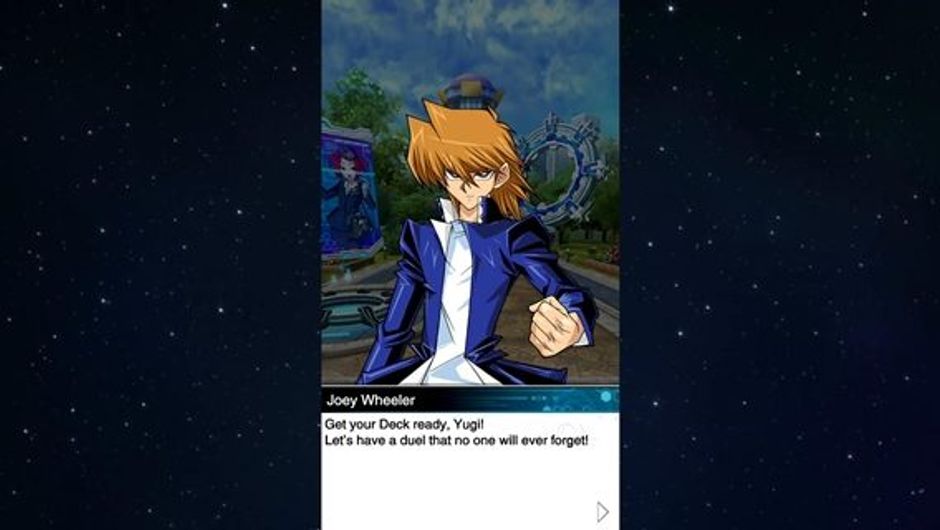 Apart from being able to duel against the characters from the anime, there's also a PvP mode where you take on real people from all over the world, which is one of the best features of the game. The duel presentation is absolutely fantastic as well. The visuals, the voice acting - it's just everything a Yu-Gi-Oh! game should be.

Konami PvP works great with little to no lag. 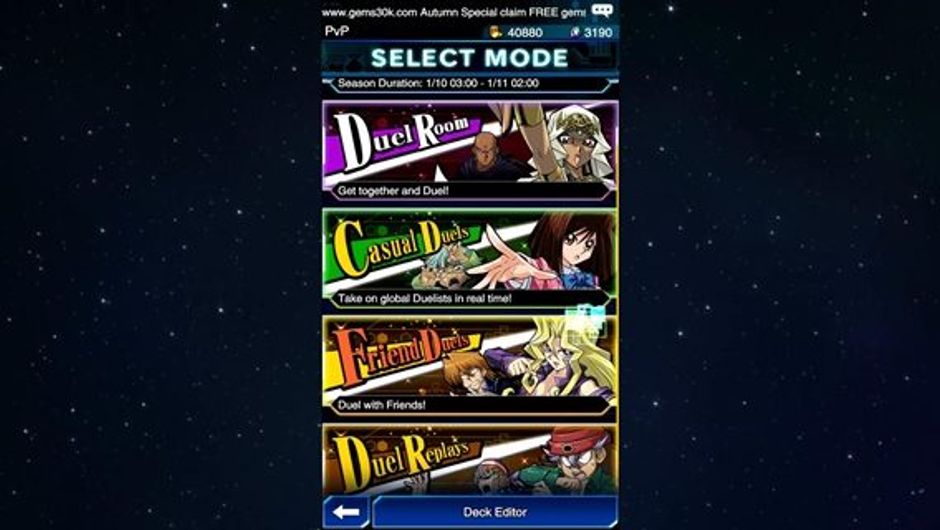 Now, the question that comes to our mind is: how come that a mobile Yu-Gi-Oh! game is able to outshine every other Yu-Gi-Oh! game on vastly superiour platforms? It's no secret that PC is the big boss of the gaming world, so how come that every Yu-Gi-Oh! game on PC has been crap? And that's us being generous. Seriously, playing Yu-Gi-Oh! on a PC - or any other major platform for that matter - is just the same as playing solitaire. It's just another card game.

Konami The PC version of Yu-Gi-Oh! pales in comparison to Duel Links. 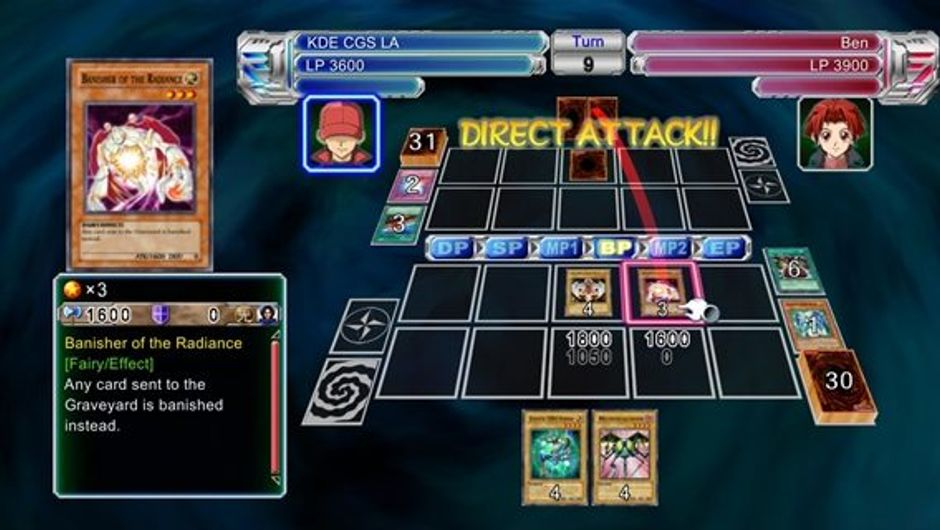 We believe the answer lies in the very developer of the game and its new CEO. Hideki Hayakawa, Konami's new CEO, has stated in an that "Gaming has spread to a number of platforms, but at the end of the day, the platform that is always closest to us, is mobile. Mobile is where the future of gaming lies."

We're not sure we'd exactly agree with this statement completely, but if this is the direction Konami want to take in the future then, hey - at least that means we'll have even better Yu-Gi-Oh! games on our phones in the future, right? We just hope that they don't stop investing in other platforms altogether - we love our on the PS4 and we would not like to see it on mobile phones in its best form.

So to sum it up, if you're a fan of Yu-Gi-Oh! or just card games in general, then definitely give Duel Links a try. We promise it's worth your while - and it's free! What more can you ask for?

Niantic announced that the trainers will now be able to gift Pokemon Go event tickets to friends, providing more accessibility for them.

Niantic announced the details for the Community Day that will be happening all over the globe, providing Pokemon Go players with even more bonuses.

Niantic are about to throw another event at the Pokemon Go players who will get to enjoy another set of bonuses, featured Pokemon and more.

Piepacker has rebranded to Jam and the social gaming platform now boasts more features across PC and mobile, on top of adding more games to enjoy with friends or total strangers.

Niantic announced the details for the global Pokemon Go Fest 2022 tickets, including the price and how to get one.

Niantic announced that the update to Mega Evolutions has arrived to some regions while the rest of the Pokemon Go fans will be able to get it soon enough.

Niantic announced the particulars for the Community Day for May 2022, allowing the trainers to prepare almost one month in advance.

Niantic has another event in store for Pokemon Go players and this time around it is focused on the nature.