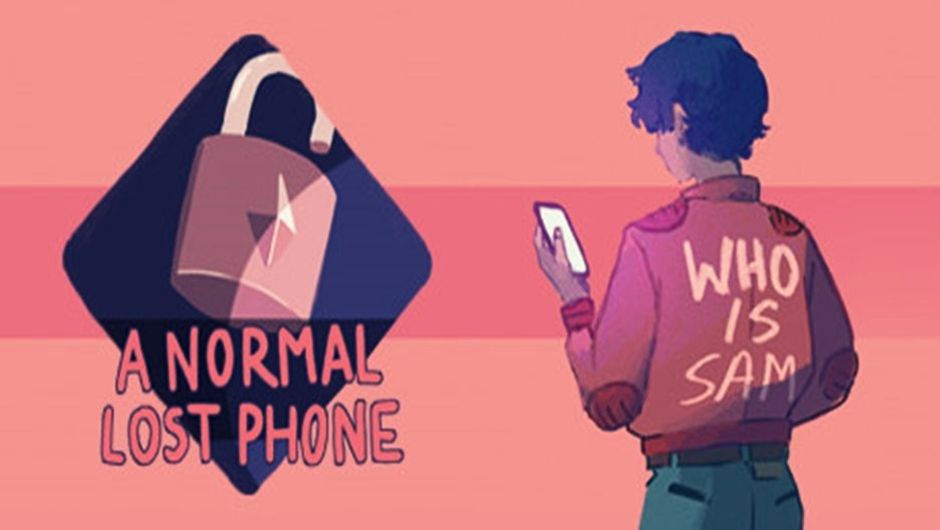 Put on your investigating hat and get ready to be really nosy as we look at A Normal Lost Phone on Nintendo Switch. This visual novel title was developed by Accidental Queens and published by Plug In Digital and Playdius Entertainment.

Full transparency up front: we love Lost Phone Stories for Nintendo Switch. It's one of the best games we have played this year, and it’s great to see a game that is effectively using the hardware. So this is pretty much going to be a love letter to the game.

A Normal Lost Phone was developed by Accidental Queens, a French development studio who released their first two games on iOS and Android in 2017 - the aforementioned A Normal Lost Phone and Another Lost Phone - Laura’s Story. These two games have been combined for a bundle on Nintendo Switch with support from Seaven Studio in creating the port and published by Plug In Digital.

The game plays like a visual novel. You find a phone and start looking through the contacts, messages and pictures. The lure of the game are the little hints of the story that keep you hooked.

The exploration of the phone is the key gameplay, with slight puzzles in figuring out codes to access WiFi, E-mails, websites and so on. However, these are just brief pauses before you can carry on. Some of these are spelled out so you clearly what you need to do, which makes us wonder if this is even a game?

Plug In Digital A Normal Lost Phone is a game about exploring the intimacy of an unknown person whose phone was found by the player.

But we could get into a whole different debate with the entire visual novel medium thing and walking simulators and what not, and we ain't got the time for that now. A Normal Lost Phone is a game, so let's just leave it at that.

Both games in this collection have great stories to unravel, but I’m not going to spoil them. I can’t even talk about them much without giving away the key points of the story. But what I will say is that they deal with some issues that many people may find uncomfortable to read about or address.

However, the maturity in the approach and writing of the subject matters means that all is treated with respect and an aura of responsibility and informed creators.

The art style for the game are pastel tones that endeavour to be inoffensive and occasionally border on a lack of personality or individual identity. However, phones are supposed to be androgynous devices but the tone on-top of the game is bland. This is not necessarily a complaint though. The function of the graphics is to merely assist in the telling of the story. Function over form, and I love it.

Plug In Digital An immersive and intuitive way of introducing the narrative through a fake smartphone interface.

The soundtrack are songs selected by the owner of the phone, which is a nice way of letting players' personalities subtly come through.

The interface and controls in both games assist in immersing you into the game when played in portable mode. You play the Switch vertically and utilise the touch screen controls.

However, in docked mode, the control options are different in the two games. In a A Normal Lost Phone, you can use the JoyCons or Pro Controller normally. In Another Lost Phone: Laura's Story, you have to use the JoyCons motion controls to interact with the phone which breaks away from the immersion.

Plug In Digital A relatable story that helps build empathy with the characters, allowing to explore difficult topics.

When Nintendo Wii was first released, we all thought motion controls equalled immersion, but that is not the case. The more we have to work to play a game, the more frustrating it is.

Overall, A Normal Lost Phone shows the importance of reviewing a game on the quality and not quantity of the product. Maybe it’s the limited time we get the older we get, but one of the things we liked most is the brevity of the experience. Much like What Remains of Edith Finch showed, the best games don’t outstay their welcome.

Plug In Digital A game that bridges the gap between reality and fiction by letting players act as themselves.

It’s a wonderful collection of two self contained stories that leave a lasting emotional resonance on your soul as great art should do.

Teamfight Tactics was pretty much ripped off and copy-pasted in many aspects on mobile but Riot Games took action against the devs as the similarities were painfully obvious.

GWENT's Winter Event is now up and running with new and returning items, sales, Pine Cones and a very special item celebrating the launch of The Witcher series' second season.

Pokemon GO players can look forward to foiling Team GO Rocket’s plans this week, but not before saying farewell to Bulbasaur’s Community Day.

The Last Worker teases a chilling look of an automated future

The Last Worker teases a chilling look of an automated future

The Last Worker received a new trailer that shows a bit of the setting but also a disturbing vision of the future where not much remains, other than greed.

Nostalgia train is going to hit hard with parts of Guild Wars 2: End of Dragons, especially when the players reach a certain gloomy zone in Cantha.

Just ahead of the wave of the AAA blowout in February 2022, a smaller Danish studio popped up with a game that deserves a lot of attention on its own - Expeditions: Rome.

Getting through a day at work can be bothersome but chasing after Snorlax instead of completing one's duties is probably something you haven't heard of before.