Which PlayStation 4 should you get? 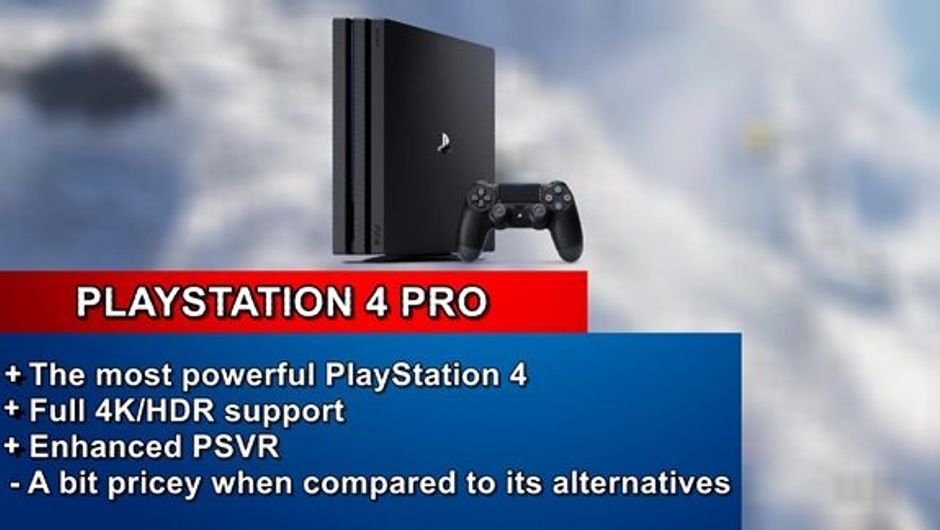 With the standard PS4, PS4 Slim and PS4 Pro all being up for grabs, it's easy to get confused as to which system to get - see our guide and decide which console suits you the most

Sony is well-known for its methods of releasing a slim version of the PlayStation some time after its initial release. These slimmer versions usually offer only a physical difference rather than a functionality one - and such is the case with their latest generation as well. The substantial difference in feature and performance comes with the , but you will truly experience this difference only if you own a 4K TV, ideally one with HDR.

So, let's get technical a bit and talk about what each console hides under its hood.

Arguably the biggest difference between the three consoles is in the graphics processor unit, or GPU. Both the standard PS4 and PS4 slim have the same GPU, but the Pro outclasses both with its more than two times more powerful graphics processor. In other words, all PS4 games which have been experiencing some issues with maintaining a stable FPS should not have any problems when played on the PS4 Pro. Another upside of the stronger GPU of the Pro is 4K resolution together with HDR support. 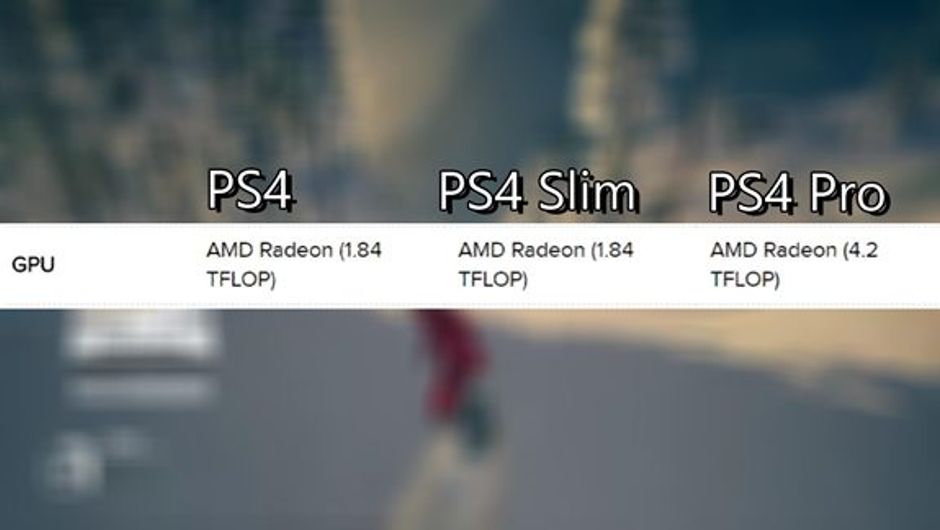 When it comes to the CPU power, there is no difference between the standard and slim version of the PS4, however the Pro comes with an upgraded processor which has seen a 30% boost in clock-speed, going from 1.6 to 2.1GHz. Apart from having a better CPU, an additional gigabyte of RAM memory is another reason why the Pro runs faster. This extra gigabyte is meant for non-gaming apps like Netflix, meaning they won't take up space that games can use, and you can also switch between applications much faster. 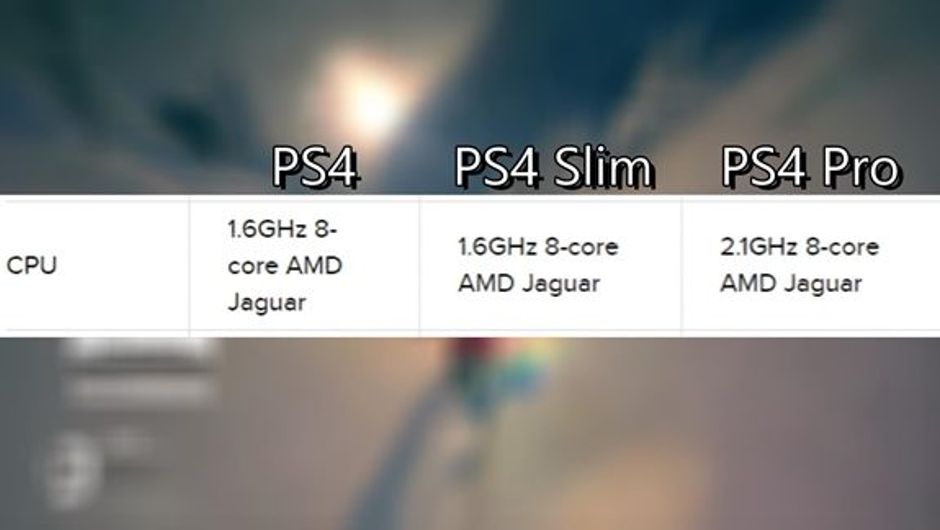 The difference in the consoles' size is not vast, but it can still be an important factor for people who like to style their devices with decals and stuff like that. Of course, as its very name suggests, the PS4 slim is the smallest of the bunch. It's also worth mentioning that the PS4 slim does not have an optical out port, which may or may not be an issue - it all depends on what kind of equipment you want to hook to your PS4. 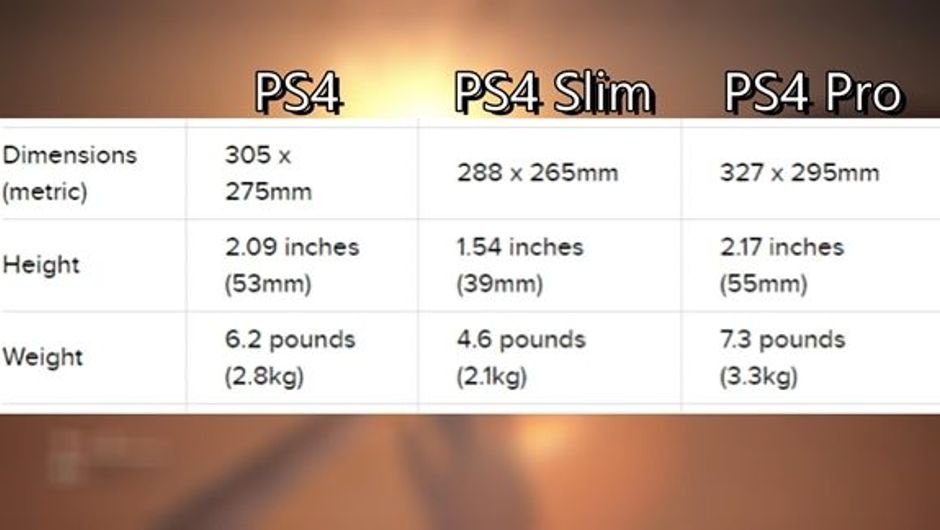 The original PlayStation 4 can draw up to 250 watts during its heaviest gameplay sessions, whereas the PS4 slim draws around 35% less power - but the overall power consumption is really nothing you should be concerned about, because in today's age 250 watts is almost negligible, so the slightly higher power consumption of the Pro is nothing to fret about. 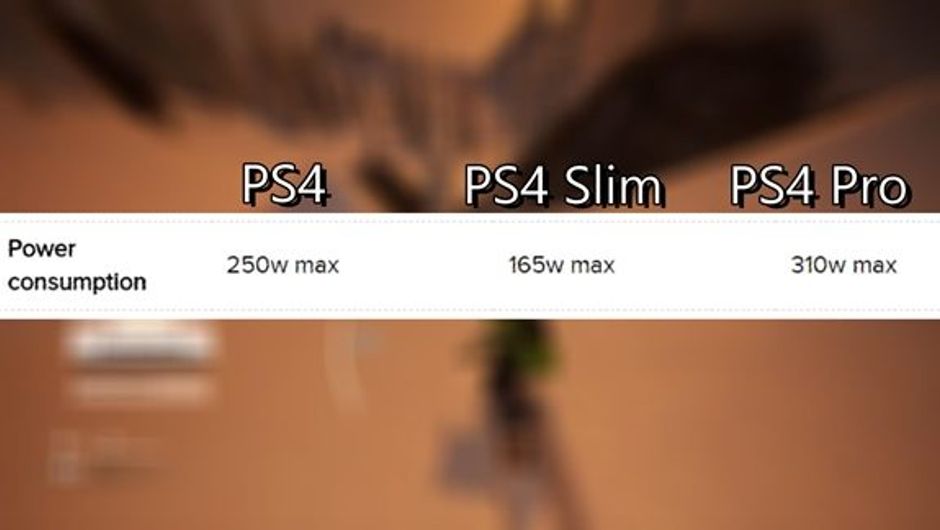 PSVR is of course supported on all three consoles, but the Pro offers a much better experience thanks to its increased power. So, if you're really into VR gaming and a PlayStation 4 is what you have in mind, then the PS4 Pro should be a no brainer. 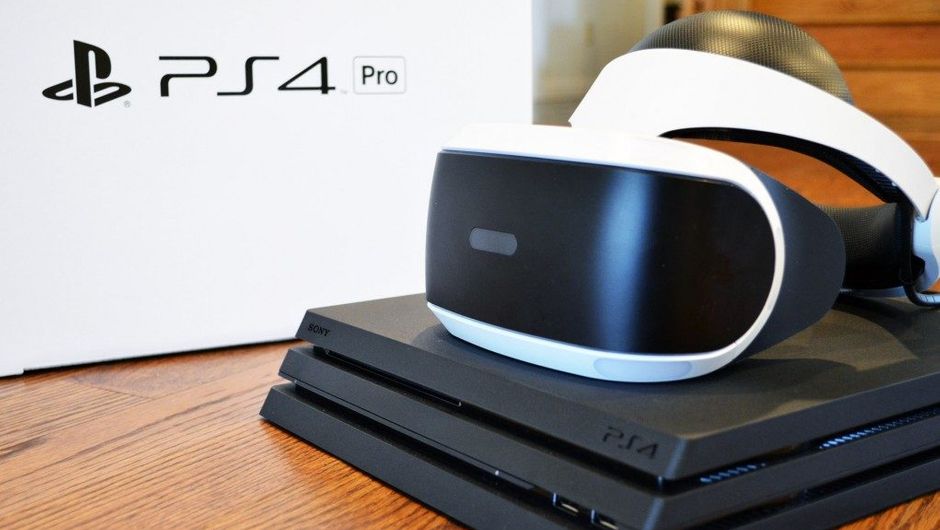 Of course, superior performance comes with a superior price - and so the Pro costs almost a hundred pounds more than both the standard and PS4 slim, both of which go for £260. 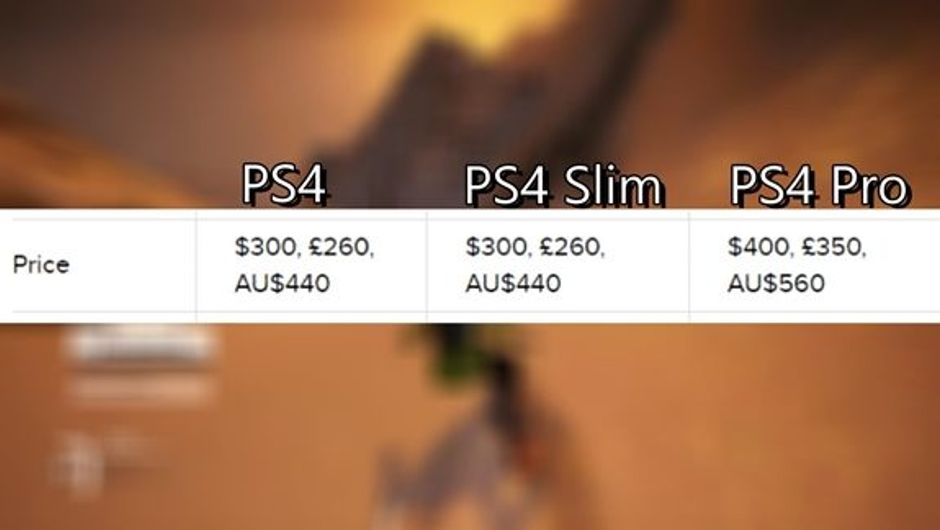 So, let's break it all down real quick: if you're looking for sales or bundles then the standard PlayStation 4 would be your best bet - especially if you don't care about 4K and the size of your gaming device does not play an important role - then save some cash and get yourself a standard PS4.

Recap of the standard PS4 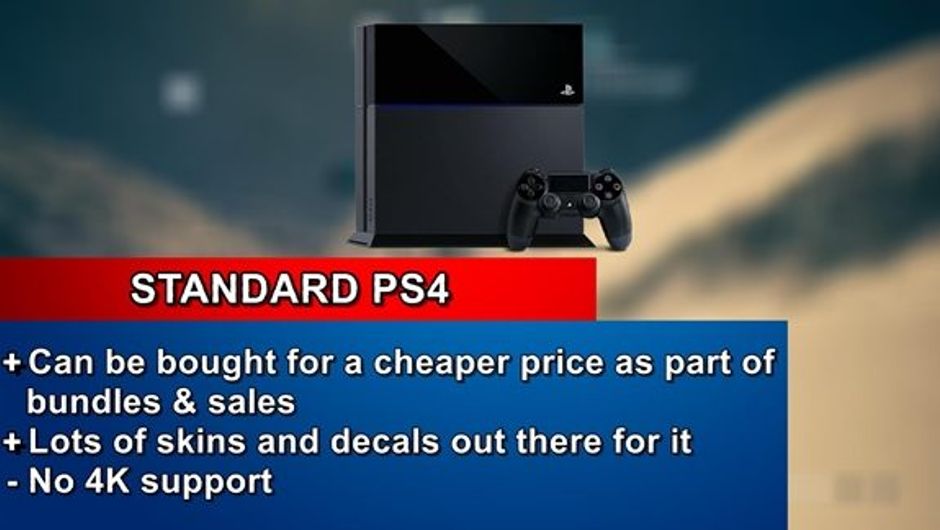 However, if size does play a role to you and you're looking to save up as much as you can on that monthly electricity bill - then go for the PS4 slim. 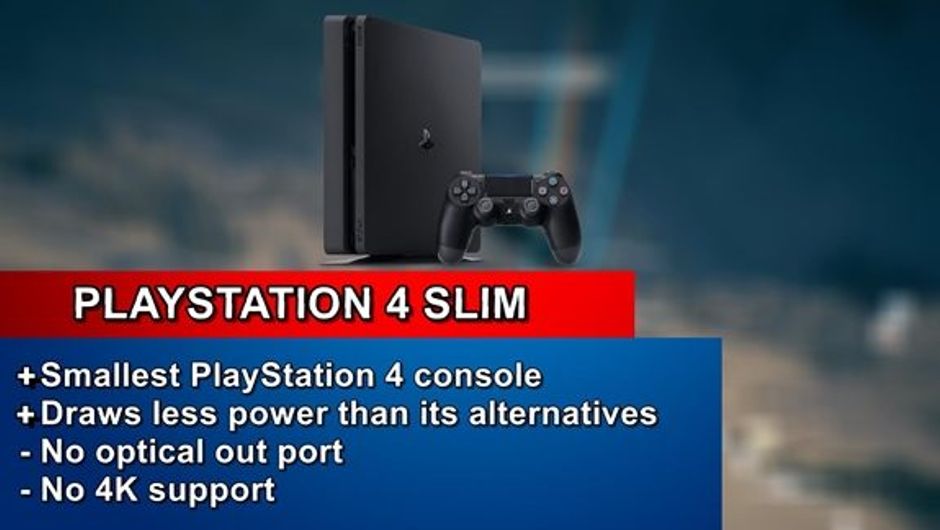 If you own a fancy 4K HDR TV and you want a console capable of taking full advantage of that beast, then look no further - opt for the Pro.

The new month starts today in Red Dead Online. Here is the overview of what you can look forward to.

Here's where to find the cool-looking Confessor armour set if you have not picked Confessor class in Elden Ring.

Who needs Lester when you can hide on the map indefinitely? Here is the step-by-step tutorial on how to do that.

TCL presented their latest TV products today and revealed via a slide that they expect improved Xbox Series X|S consoles and PS5 Pro to hit the market in 2023 or 2024.