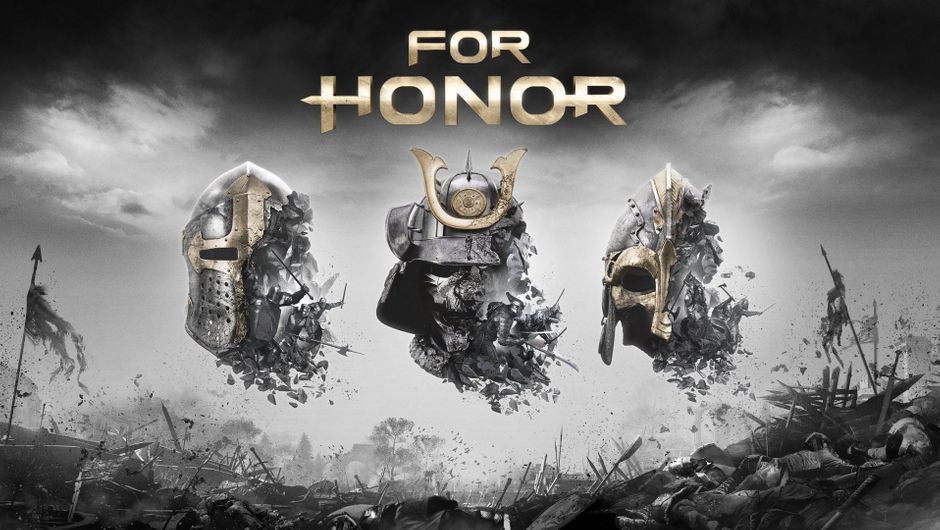 For Honor is a medieval game by Ubisoft, releasing on February 14. We've spent the last few days playing the open beta of the game - providing us with enough material to be able to review it.

The game's universe is made up of three kingdoms of Knights, Vikings and Samurai. All three factions are at war with each other because of a giant earthquake which almost completely destroyed the land - making vital resources, such as water, extremely scarce and hard to come by. Because of such rough, and almost impossible-to-live-in conditions, the three factions wage war against each other so they can claim dominance and ultimately thrive with the remaining resources.

For Honor offers three different game modes. The first one is called "1v1 Duels", and, as the name suggests, it allows two players to fight each other solo. This is a great mode to test and prove your skills in battle. Then there's "2v2 Brawls". In this mode, two players take on the opposing team to try and gain fame for their faction. Both of these two modes are pretty straightforward, which is something that we really liked. However, arguably the main mode of the game is "4v4 Dominion". Here players need to work together as a team so they can complete main objectives while killing enemy players in the process. This mode is all about capturing and holding bases, and thus both sides have AI units fighting their way through the map to help their team secure as many bases as possible.

The combat in For Honor is really a topic for itself. Never have we seen blocking play such a vital role in an action game before - because if you fail to block prevent one or two of your opponent's strikes landing - you're pretty much done for. Learning how to block can basically decide between either enjoying the game or rage-quitting because you once again got beaten to a pulp. The combat style of the game is very much up-close and personal, with close-range fights perfectly conveying the brutality atmosphere of a true real medieval clash fighting. Parrying, dodging and counter-attacks are of course present as well, and the need for having perfect timing in battle is strongly emphasized.

Even though players have to choose their preferred faction in the beginning, they can still pick a warrior from any given faction before the actual battle itself - giving the game an important variety factor. You can unlock new characters using the in-game currency, and the individual characters really do feel different with their unique weapon and combat style.

This is a place where For Honor truly shines. It's very easy to get distracted by how gorgeous the landscapes, buildings and warrior details look and pay the price by being slaughtered out of nowhere by a gigantic viking. Ubisoft really held nothing back when creating this medieval environment, piece, and it really shows. The in-game music and sounds are worth nothing less either. The game's design and music style really make a powerful combo resulting in a glorious, action-packed medieval experience.

All in all, the game's beta looked very promising indeed - and we're more than excited to get our hands on the final product tomorrow.

For Honor is gearing up to welcome its latest season. Frozen Shores will be followed up by a loaded Title Update and a round of Testing Grounds.

Assassin's Creed Crossover Stories are now live for the owners of Valhalla and Odyssey. Valhalla's upcoming Dawn of Ragnarok DLC will be available in March 2022.

Prime Gaming subscription now has a full list of games that are available until February 1, 2021, at no extra cost, with the headliner being Star Wars: Jedi Fallen Order.