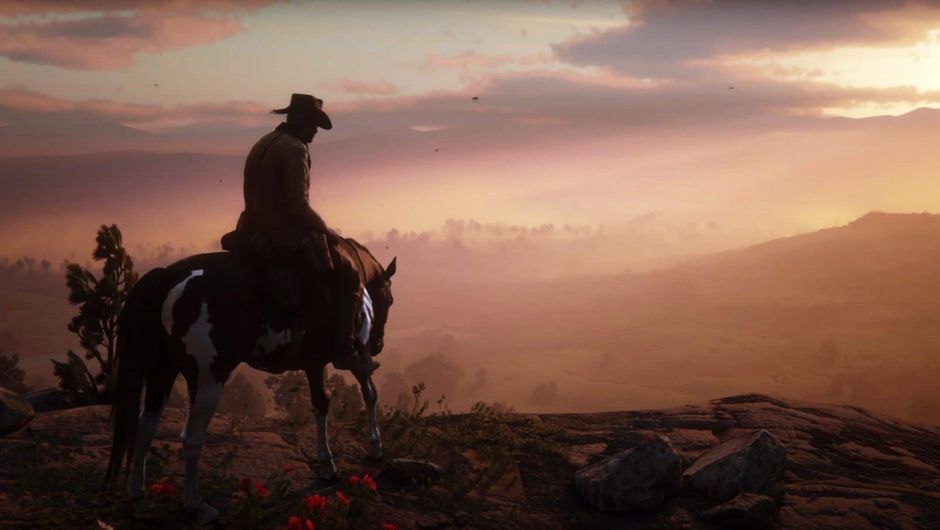 We've been enjoying the beautiful vistas of Rockstar's Red Dead Redemption 2 ever since it came out. However, the game is so vast that we can't put out a full review yet, so for now, here are our first impressions of this gigantic title.

As much as we try to have an objective approach to reviewing and not focus on the background noise of production and the opinions of others, the sheer cultural impact the game has had makes it hard to avoid.

Now, we can't give it a full score yet because the game is so big and vast that it's going to take some time to properly absorb and digest the experience. We would rather give you a proper look than a rushed opinion. So, this is our review of the first few hours of Red Dead Redemption 2.

Based on what we have seen so far, we are getting a linear narratively driven experience to introduce the game's mechanics and the story. This is standard of the RPG/Sandbox genre as seen in the start of Elder Scrolls games and the original Red Dead Redemption.

Although the character has a name, appearance and personality that we as the player did not decide, there have been a few brief moments of choice in morality in dealing with NPCs that have facilitated the bond between me and Arthur Morgan. For a great RPG, it must not feel like an “on-rails” experience. So far, so good.

The game opens on a snowy mountain terrain, seemingly in contrast to the expectations of the Western genre being based around heat and an arid landscape. Personally, we feel that this is a slight nod to The Hateful Eight, a Western based in the snow. Yes, it is not the only Western based in the snow, but for the current zeitgeist, this is the reference point.

The absence of a Spaghetti Western environment in the start shows off the graphical capabilities of the PS4 and Xbox One over the original game on PS3 and Xbox 360 and shows how far technology has come in eight years. The way the snow falls and rests on horse and man along with the trails left behind makes it feel like Rockstar are showing off with an elaborate tech demo.

Controls wise, it feels like putting on an old leather jacket. Warm and familiar, but with the same problem of being too heavy. The game just does not feel responsive and quick with movements and actions. Everything just feels like a slight delay. In lesser developers hands we would immediately truck this down to failure, but this is Rockstar and everything they do is pretty much deliberate, so we want to cut them so slack.

Rockstar Games While the controls of the game do feel clunky at times, they're nowhere near game-breaking. 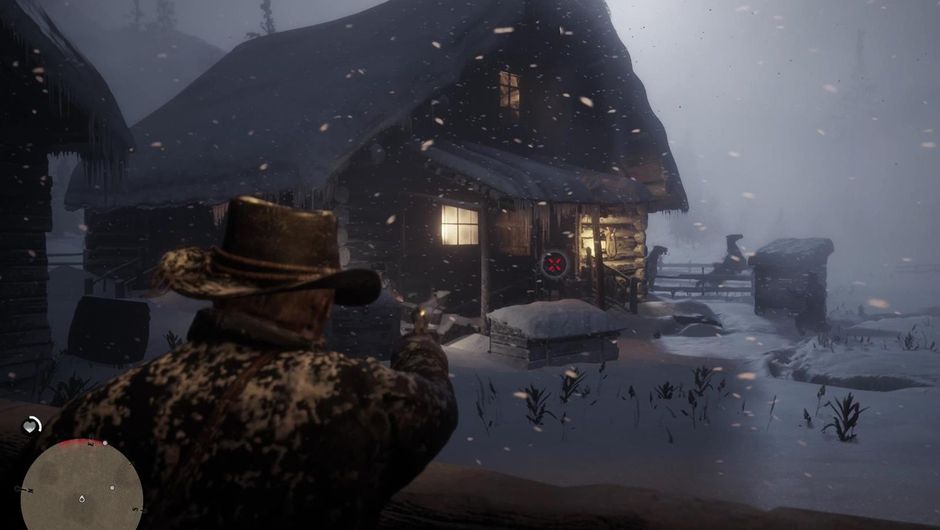 We could argue that it’s reflective of the heavier and stoic, Marlboro nature of Arthur Morgan compared to the leaner, fast, hand-rolled John Marston. But it is directly harming our complete immersion into the game. We believe that if you focus on numbers and points in an RPG then that experience will become the only one you care about, as opposed to engrossing yourself into the protagonist.

There has so far been a ton of potential loot that we can get from searching the dead, and we're not doing it. This game has broken our hardwire to loot and collect everything that we find. Our Link instincts are gone. Instead we're more focused on completing the main task at the time because we want to make progress with the story. We even found ourselves thinking, “It's too cold outside to be robbing people,” even though we're sat warm and comfy in front of our TV. Hope this feeling of immersion stays!

The cinematic beauty of this game is truly a sight to behold. However, these are still early bits of the game - we expect to see a heavy amount of pretty detail at this point. We're curious to know if it continues as the game progresses. 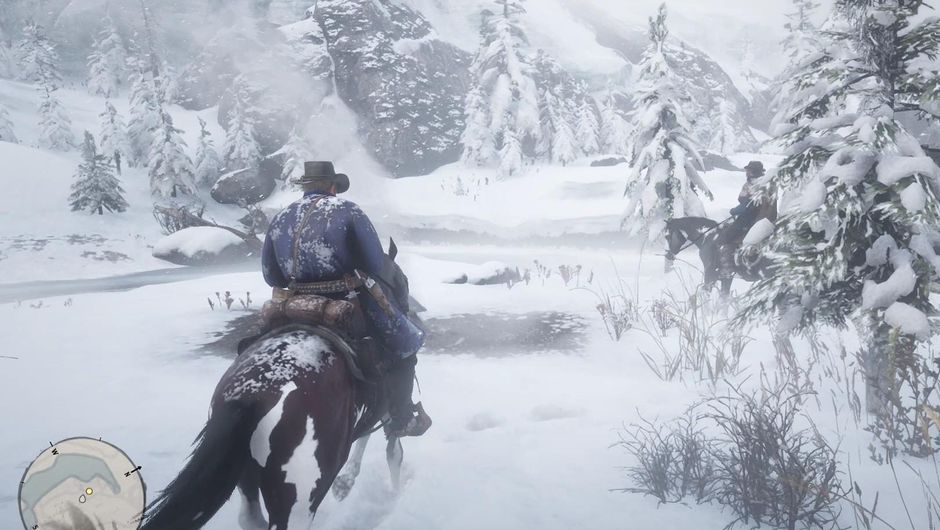 The balance of transitioning between cutscenes and gameplay is executed exceptionally well. There has been a rejection of the term "cinematic gameplay" in the last few years, when in the early PS2 era - it was all the rage. The concept became tarnished by lesser devs and publishers. But so far, Rockstar are showing how to do it properly.

At the moment, this game is like getting an iPhone for the first time. The spectacle of the box and the hype appear to be true at the moment. The beauty and joy in these first few hours are like the unpacking of the iPhone because, fun fact: Apple actually spend a lot of time and effort on that part. What is to be seen, is if this feeling will remain or if some major, possibly game-breaking, bugs will appear.

Rockstar can fully control the gameplay and set pieces around the narrative. So far the story has a nice little hold on us and we hope it continues, like it did for GTA V. We want to finish a story beause we enjoy it, not just to be a tickbox completion to unlock full freedom.

Rockstar Games There are only so many publishers who can deliver a story mode as good as Rockstar. 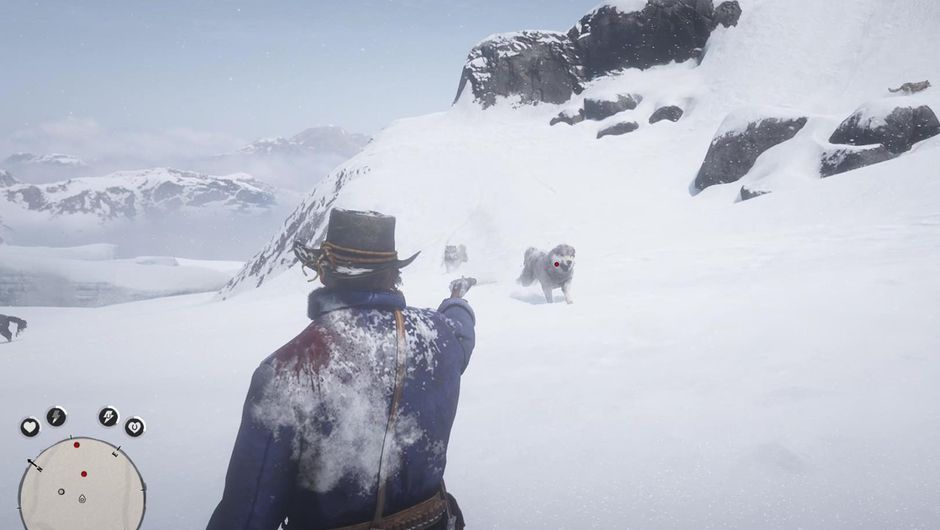 There's one concern that we have so far though, and that's that we're getting brief instances of GTA 4 flashbacks with potential tedium in maintaining health, cleanliness and looking after others. Also the same with Fallout 4. This could ruin the game by turning it into a series of check quests and tasks and never having any freedom. Not at least until the online mode comes out, anyway.

Actually, we've been looking forward to full transparency in this game the most, and if GTA Online is anything to go by - it could be amazing. But that's it for our thoughts and impressions on the first bits of Red Dead Redemption 2. Make sure to keep an eye out on our website for the full review of the game coming soon. Now if you'll excuse us, we have some more rootin' shootin' to do...