How to be a better player in Splatoon 2 ranked mode 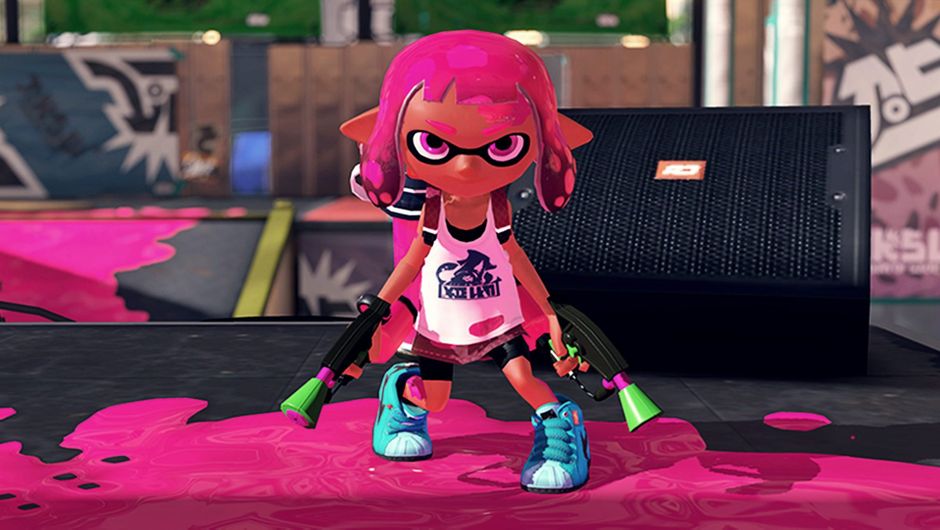 If you want to increase your rank in Splatoon 2 ranked mode and boost your overall performance, then make sure to check out our guide which will tell you all the tips and tricks you need to know in order to become a much better player.

We have been spending a lot of time playing Splatoon 2 and streaming on and . We've really fallen in love with the game all over again. So much so that we might have to rethink what we said about the game in our .

Now, one of the biggest problems with Splatoon 2, and the Nintendo Switch as a whole, is the lack of voice and text chat. And for a game like Splatoon 2, you need a lot of that, especially in Ranked. You get grouped with some idiots and you're in for a terrible time and a potential dropped rank.

The other big problem with Ranked, is that you can’t even join up with your buddies and chat over Discord. Unless you do some matchmaking magic, you are stuck with communicating via the Nintendo approved messages of “Ouch”, “Booyah” and “This Way”.

So here are some tips on how to be a better Splatoon 2 player, which will surely help you and your teammates move up in ranks.

Let’s start by looking first at the Splat Zone. Now, for the sake of clarity, here's a brief description of Splat Zones:

"Splat Zones plays similarly to other video games' "King of the Hill" modes. With a five-minute game clock and 100 points for each team, players must attempt to cover central "zones" in ink. Once a team has covered a majority of the zone in their ink, the zone is "captured", and points are gradually subtracted from that team's score. The opposing team must try to capture the zone in the same manner. The first team to hold the zone long enough to have a score of 0, or the team with the least amount of points left to hold the zone, wins the match."

In fact that's our first tip! Know what game mode you're playing. There's big rectangle in the middle of the map. Cover it in your ink. Keep it in your ink. It's really that simple. You managed to get through 15 levels in regular battle in Turf War. That was a whole map. This is just a rectangle or two. It's clearly marked - now cover the thing. 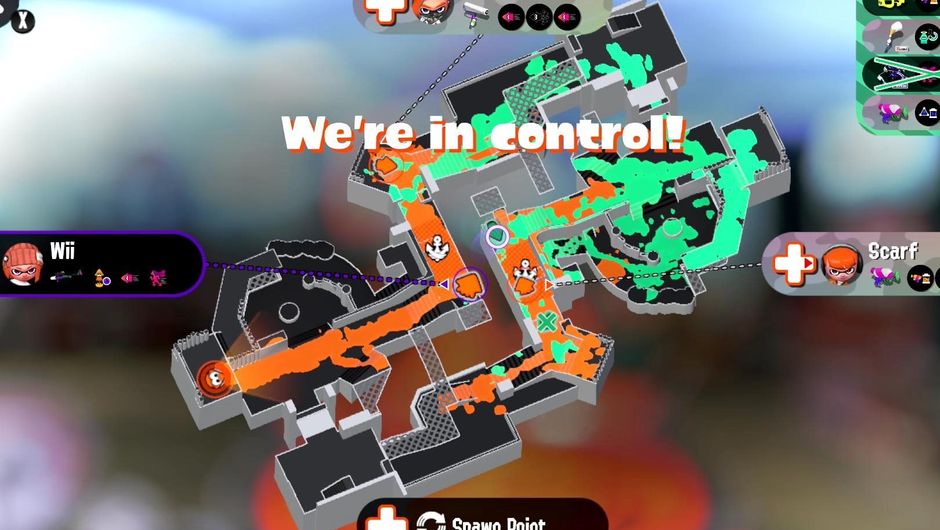 So you think you can snipe? Are you good? Sure you're not lying? To yourself? To us? To your fellow players? You're probably lying. Just pick a blaster. There’s no shame in it. This is Ranked. You wanna practice using your latest weapon? Then go away to regular battle. There’s a whole mode ready for you to practice to your heart's content. You’ll get XP and coins, and no one is going to be turning their Splatoon amiibos into a voodoo doll for your punishment.

However, if you indeed are one of those blessed talented snipers, you are an Adonis of the game to your teammates. You truly are the king of kings. But, to improve your own personal game to help your teammates, you need to look at the map every now and then and move position when needed.

Pick a spot that gives you a good vantage point of the Splat Zone and you're good. But if all your other teammates drop, then you gotta go in there. I don’t care if you don’t wanna die. There’s no K/D radio, there are no score streaks. You gotta get in there and hold that area down. That bar needs to keep moving. And if you're that good of a sniper, one-shotting close up should not be a problem.

Nintendo Sniping is not something every average Joe can do in Splatoon 2. 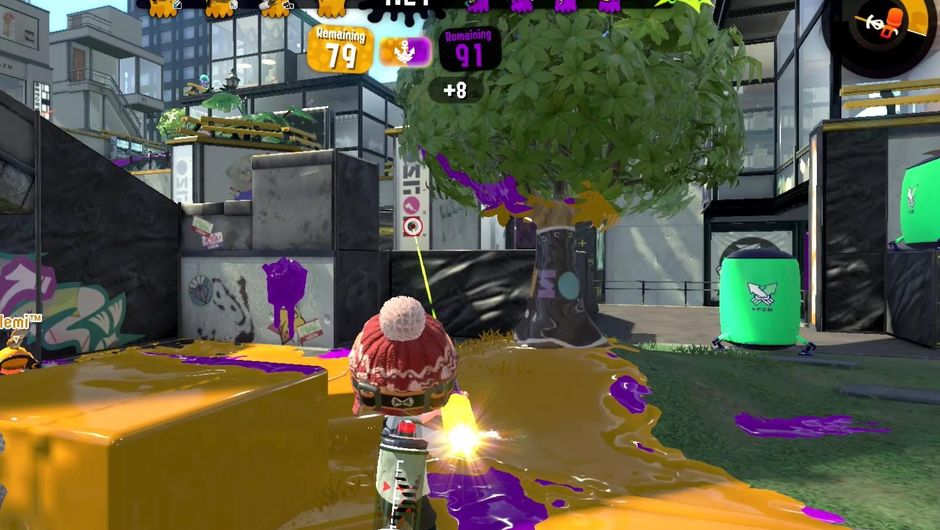 Now how good are you at flanking? Probably not very good. None of us are that smart. But if you are, well, kudos good sir and/or madam. For the rest of us - hold your ground. Face them straight on and trust in your motion control skills to wipe out the opposing team.

Start of the game. Rush up to the Splat Zone and grenade the whole area. It’s a simple easy tip, but surprisingly very few people actually do it. It provides a good set of coverage and distraction for the other team trying to move out of the way.

Nintendo Throwing grenades at the start of the game is something most people seem to be sleeping on. 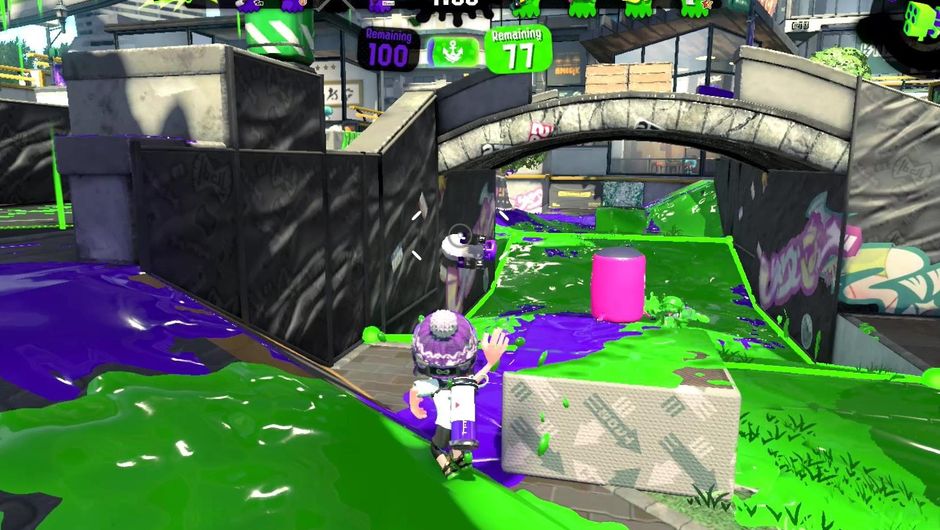 Remember, the golden rule of Splatoon 2 is that you first need to cover the zone and then cover every bit around it moving from the inside out. This will slow down the other team from getting into the zone. Plus it will allow a speedier access in squid form if your teammates go down.

Tenta Missiles and Bomb Launchers - these are the specials you want. That zone should be splattered in your majestic ink. You can capture a whole zone in one burst if used correctly, but what if it’s two zones?

Nintendo Tenta Missiles - for when you really want to be a badass. 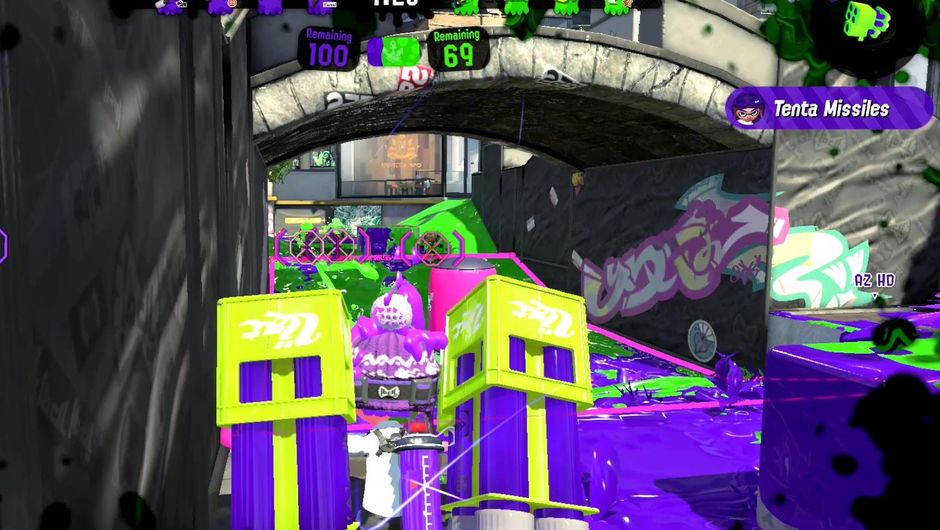 Well, pick a zone and cover it. You see three of your teammates on one. Go to the other one. Eventually you will all have developed a telekinesis harmony around the two minutes mark, then you will realise that you have split the ownership of the zones into pairs and no one can stop you.

If one of them breaks the connection and comes over to your zone - curse them like there's no freaking tomorrow, but move to the other zone. They can’t hear you. You’ll feel better and you are being a team player. 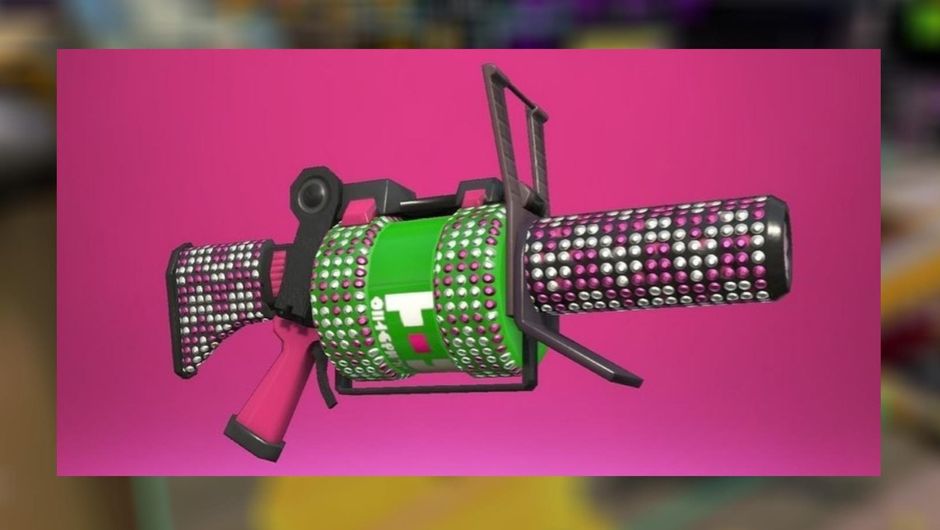 N-Zap 89. Personal favourite. Great weapons and Tenta Missiles allow you to know where the other players are. Just make sure you don’t activate it in the middle of the SplatZone. You are going to be exposed. 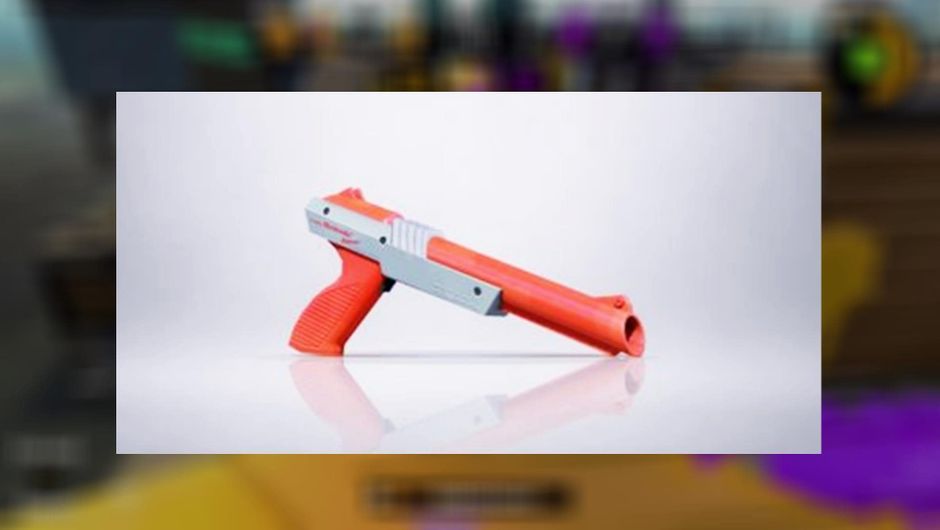 Octobrush and Octobrush Nouveau. Oh, you annoying melee monsters! I can never do what you do. But some of you can. Just spam that brush, hide in the ink and rise and kill. The same applies to the Flingza Roller. But don’t just roll - jump and melee attack. 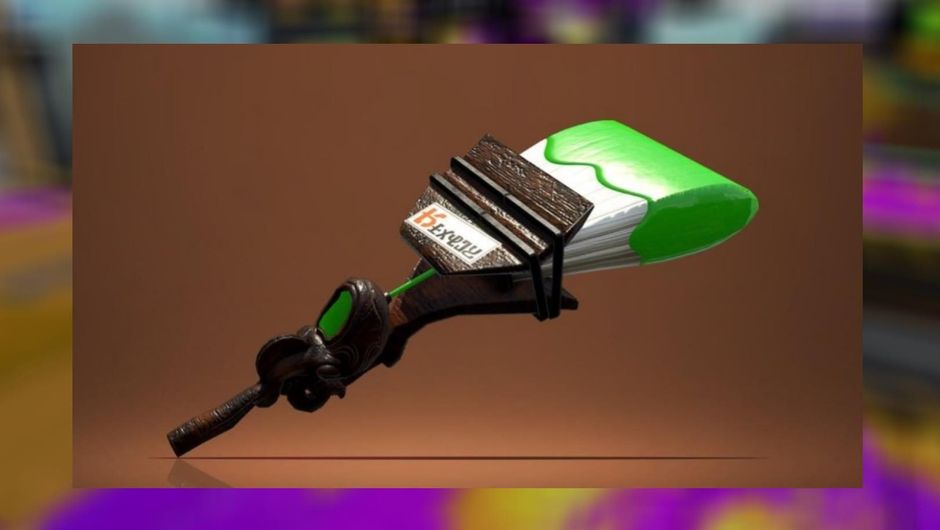 Just follow our tips, this is not TDM. There is an objective - play it! But most importantly, be good to yourselves. And each other.

Is it worth investing in bitcoin farm is one of the most asked questions by experienced Tarkov players, especially now with the Crypto market crashing. Check out our take on it.

Halo Infinite insiders are reporting "a Missing Executable" error that happens when launching the game via Steam. Here's how to fix it.

Stashing good gear and running raids with cheap gear is a vicious cycle that is hard to escape. We are here to help you get out of it.

Escape from Tarkov: What are Fence Scav tasks and how to get them

Escape from Tarkov: What are Fence Scav tasks and how to get them

Operational tasks have had an addition of tasks done by doing Scav runs. Here is what you need to know about them.

Nacon and Teyond launched the first gameplay trailer for RoboCop: Rogue City and it appears fans loved every bit of what they could catch in the video.