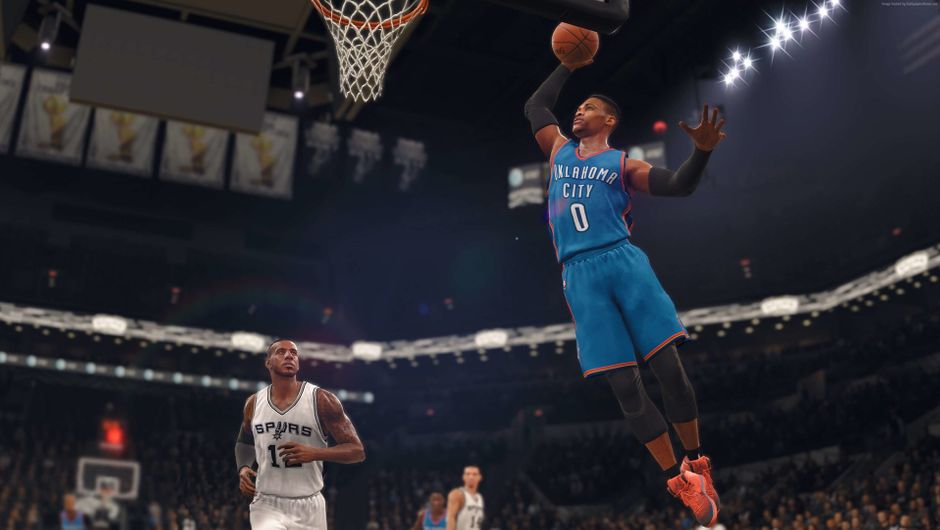 NBA Live 18 is one of the best basketball games to date. However, the fact that the game lacks the option to play an online match against your friends using official NBA teams is probably its biggest flaw. Here's how to fix it.

With NBA 2K18 being a massive cashgrab with microtransactions, we decided to invest our time and money in NBA Live 18, and, truth be told, we are genuinely enjoying the game. In fact, switching to Live this year was one of the best decisions we could make because the hiatus that EA took last year so they could invest two years of development into NBA Live 18 has really paid off.

The game is immensely fun as it has loads of different modes that offer hours of content that doesn't feel like pointless grinding. However, the one feature that EA decided to drop this year is - believe it or not - the option to play a regular match against your friend online. Sure you can play against your friends through what EA call "The One" where you use your custom made player, but using the official NBA teams and playing a regular versus match is something that you cannot do in this game.

We were hoping that EA would patch this in somewhere along the way, like they did with the roster editing and 3v3 modes, but it seems we'll never get to see the day. So, as you do, we turned to reddit to see if we were the only ones baffled by the lack of this essential feature.

There we stumbled upon a question posted by greenteastick who was looking to buy NBA Live 18 but was concerned about the game's online modes, and he wanted to know if you could play against your friend online. He got a reply from one user who said that the only workaround for this is to enter the Head to Head mode at the same time as your friend, and hope that you're matched against each other.

Now this method may seem too simple to be true, but just for the heck of it, I decided to try it out. So I logged into the EA server while in a group with my friend on the PS4. We both entered the Head to Head mode, picked our teams and... voilà! It actually worked!

We played a ranked match against each other as if we were in a private lobby. We tested this method 10 times to see if the first time we played was a fluke, and 7 out of 10 times, we managed to play together. Therefore, we can say that this method works 70% of the time, in our experience at least.

So let's break it down real quick again. If you want to play against your friend online, all you have to do is enter the Head to Head mode, and get to the screen where you choose your team.

Before selecting a team, make sure to be on a call with your friend somewhere. Discord, PlayStation, Xbox - whatever. The main thing is that you both choose your team at the very same time. What my friend and I did was we counted to three and then we hit the X button at the same time, and the game paired us up together. It may not be the most perfect workaround, but hey - if it looks stupid but it works, it ain't stupid, right? Right.

Red Dead Online is in the midst of enjoying the holiday cheer, and now the players have a whole new seasonal mode to survive and get rewards from.

Yuletide holidays have arrived in Appalachia along with the wise one. Fallout 76 players have a brand new set of nuke codes to work with along with some discounts at the Atomic Shop.

GTA Online's most recent update is adding a total of 15 purchasable vehicles to the game, with more than half of them being introduced through the drip-feed method.