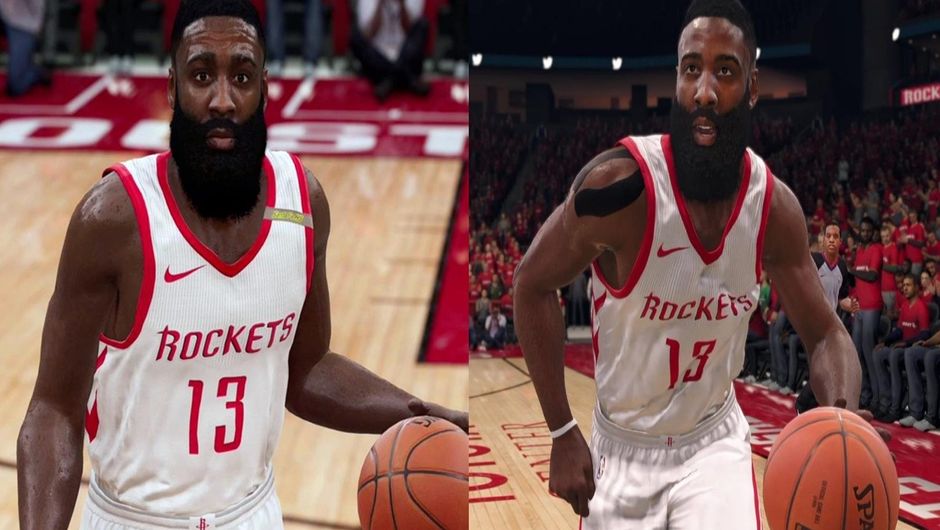 In our latest graphics comparison video, we take a look at the visual differences of player models in NBA Live 19 and NBA Live 18. It seems as though EA are not planning on changing much in terms of visuals, and we're not complaining.

We've already talked about how much we liked what EA Sports did with NBA Live 18. The two-year hiatus they took with their production cycle of NBA games really paid off in all aspects, with graphics being the most prominent one.

Of course, since NBA Live is still an underdog in basketball games when compared to , it's only natural that they don't excel in areas that most players deem vital, such as player face scans, signature moves and so on. They simply don't have the budget. Well, EA of course do, but NBA Live is not exactly their biggest breadwinner is it?

However, we might be in for a radical change. Following the huge success of NBA Live 18, EA have decided to put in way more effort, money and time in NBA Live 19 - the game that some people feared would be delayed or downright skipped, like NBA Live 17.

But that was not the case, not the case at all. Quite the contrary, NBA Live 18 has paved the highway to Hypeville all too easily for NBA Live 19. All thanks to its simple, yet nostalgic style of .

We've seen the game's trailers, seen some gameplay from EA Play, and now we have a bunch of new screenshots of NBA superstars like Chris Paul, Steph Curry, James Harden and so on. We thought it would be a good idea to capture the screenshots of the very same players, wearing the exact same jerseys in NBA Live 18 so we can pair them up and see how they compare to those of NBA Live 19.

Note that these screenshots are stills published by EA on the and they were not handpicked by us, so they may not be the final representation of player models, as EA like to tinker with their games even days before release, and NBA Live is no exception to this. So with that in mind, let the pretty visuals .