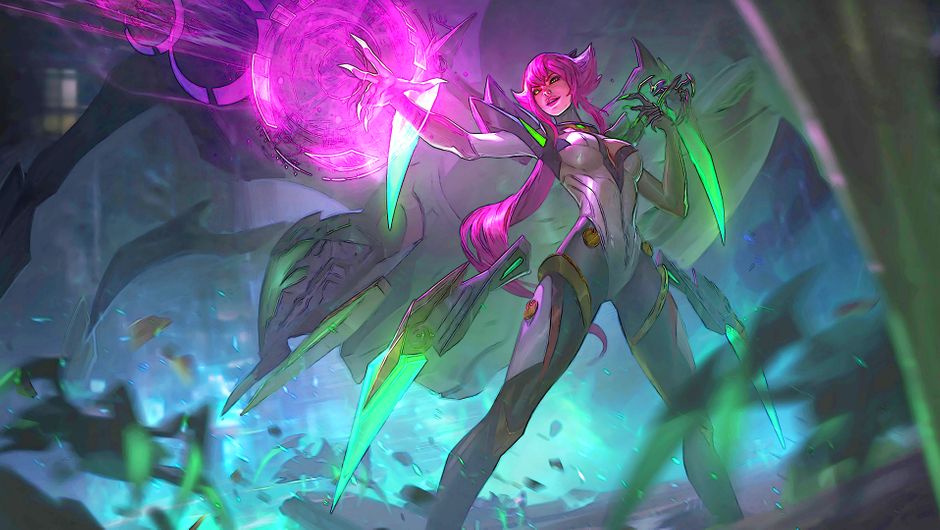 Pull the strings, watch them dance!

With all the things announced for the next League of Legends patch, some slight changes are going to be taking place in the jungle. That's why we've put together a list of the best jungle champions you should play after the new update.

Riot Games' lead gameplay designer, Mark Yetter has tweeted some information on the upcoming patch 10.7. It seems like there won't be any big changes to the jungle so the meta will probably have the same priority picks. After our top and mid lane lists, it is now time for the best junglers lineup that was put together according to the changes introduced with the new patch.

Elise will probably remain one of the strongest champions in the jungle. She has everything you could ask for in a jungler: good sustain, very strong ganks, incredible dive potential, good objective control, etc. The only downside is that she is a bit harder to play compared to some other junglers out there, but once you get the hang of her, she's an absolute must, especially if you are a jungle main.

Since there are no big jungle changes announced for the next patch, Warwick will remain in the S tier. Thanks to his Blood Hunt (W), he can apply constant pressure on the enemies once their health bar drops low enough. Also, the sustain his kit provides makes his jungle clears pretty easy to execute without being forced to base. It should be noted that he's one of the easiest champions to pick up.

Just like our S tier picks, Zac is a master of ganks and dives since he can engage from a very long distance. The reason why he didn't make the S tier cut is that his jungle clear is a notch slower and his health bar can drop low after taking some of the jungle camps early on.

Karthus is by far the biggest farming powerhouse on this list. His clear speed, if executed properly, can't be matched by any other champion in the jungle. When playing Karthus, you have to make sure that you don't get invaded in the jungle as it could set you on the back foot. Even if you don't get ahead early on, once the late game arrives, it's pretty much press R to win.

No matter which meta we are playing in or what champions are a must in the jungle, Lee Sin will always be a viable pick. His kit provides great damage, mobility, and sustain. You should always try to force early game ganks and invades since he doesn't scale that well in the later stages of the game.

Besides the overall visual effects and an HUD update, Olaf hasn't been touched for almost two seasons now, and rightly so. He is in a very healthy place in the current meta with great sustain in addition to his 1v1 potential which enables him to freely walk into the enemy jungle and catch someone off-guard.

Trundle is very easy to pick up and play since you don't have any specific kiting mechanics to master while clearing camps. Thanks to his ultimate Subjugate (R), he's very good against any tanks the enemy team might potentially have. Also, much like Olaf, he doesn't get exposed in the jungle by any invades because of his strong dueling power.

Nunu has been holding a pretty high win rate, around 53 per cent, for a big number of patches now. If you play jungle as a secondary role or if you get auto-filled, Nunu is surely the right pick for you since he isn't that hard to master. The only downside is that all of your moves are highly telegraphed which means that there isn't much room for some amazing outplays.

There were times when Rammus was considered a troll pick and players would dodge games once you locked him in. Now he holds a steady 52 per cent win rate which increases up to 56 per cent once the game reaches 30 to 35 minutes. He's a nightmare for any AD assassin so if the enemy team composition is stacked with Physical damage - he is always a good choice.

Gragas is yet another ganker on the list. His Body Slam - Flash - Explosive Cast combo is one of the most reliable crowd controls in the game which is the reason why he's a very often seen in pro play. He doesn't scale that well into the late game though so your job is to put the carries in your team in front.

Team SoloMid revealed their full roster for 2020 Summer Split, finally showing who the new jungler is now that Dardoch is gone.

Team SoloMid revealed their full roster for 2020 Summer Split, finally showing who the new jungler is now that Dardoch is gone.

Behaviour Interactive are continuing with horror franchise crossovers for Dead by Daylight as Pyramid Head joins the roster. It is not related to the Silent Hill reboot though.

Behaviour Interactive are continuing with horror franchise crossovers for Dead by Daylight as Pyramid Head joins the roster. It is not related to the Silent Hill reboot though.

Following up on their Top Issues update from April, Ubisoft posted an update on the hacking, cheating and lobby freezing issues plaguing Rainbow Six Siege.

Following up on their Top Issues update from April, Ubisoft posted an update on the hacking, cheating and lobby freezing issues plaguing Rainbow Six Siege.

It looks like the rumoured Silent Hill PS5 exclusive is set to be officially announced at Sony's PlayStation 5 event, which is currently scheduled for June 3 2020, according to reliable sources.

It looks like the rumoured Silent Hill PS5 exclusive is set to be officially announced at Sony's PlayStation 5 event, which is currently scheduled for June 3 2020, according to reliable sources.

Far Cry 5's free weekend on Uplay PC will kick off on May 29. The preloads for the free weekend will start today, May 27. All Far Cry games will be on sale during the weekend.

Far Cry 5's free weekend on Uplay PC will kick off on May 29. The preloads for the free weekend will start today, May 27. All Far Cry games will be on sale during the weekend.

Obsidian camo is the new Mastery Camo in Call of Duty: Modern Warfare and Warzone11

Obsidian camo is the new Mastery Camo in Call of Duty: Modern Warfare and Warzone

Bohemia Interactive, the creators of DayZ have shut down their Bratislava Studio after several resignations from senior and lead developers, new rumour claims. Apparently, all that is left on DayZ is no more than ten people in Prague team.

The mid lane nerfs won't be a part of the upcoming patch 10.11 which means that there won't be any significant changes to this role's meta, at least for now.

Patch 10.11 will include some very interesting changes which could affect the current top lane meta. The buffs to the marksmen position could cause a number of different AD carries to emerge in the top lane.

Patch 10.11 will include some very big changes which could affect the current meta. The highlight of the patch will certainly be the long-awaited AD carry buffs.

Patch 10.10 is live and there are some interesting changes to the bot lane, especially the nerfs to Miss Fortune and Taric, as well as the Soraka buff.

League of Legends: details on Volibear ult interactions with turrets

League of Legends: details on Volibear ult interactions with turrets

Volibear's ultimate is bound to ruffle feathers when the VGU comes around but knowing its hidden rules and interactions might give you an edge in upcoming matches.

Patch 10.10 will bring some slight changes to the mid lane and while most champions will remain untouched, we could still see some new picks emerge in this position.

Ultra Rapid Fire, also known as URF, is a League of Legends game mode that grants 80 per cent cooldown reduction to all players, on top of removing ability costs.

A Riot games employee revealed the changes we will most likely see in patch 10.10. While there don't seem to be any big adjustments made to the top lane, we could still see some small shifts in the meta.

While the previous patch featured some sizable jungle changes, specifically targeting sustain and experience, this patch will be far less impactful as it includes only a couple of balance adjustments.

A Riot Games' employee revealed the new changes for the 10.9 patch and even though there aren't many changes related to the AD carries, we could still see some shifts in the meta for that role.