Game remasters, how well do you know nostalgia marketing? 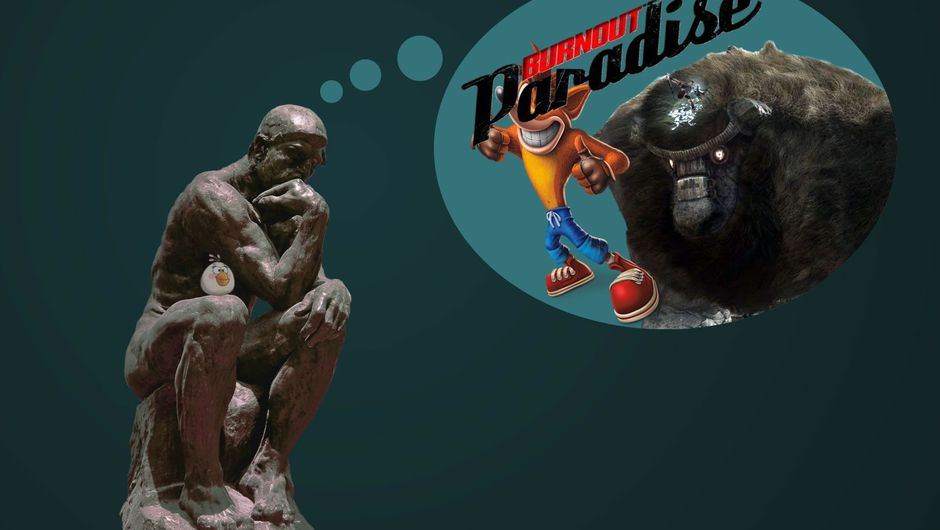 No, we're not going to unleash a volley of Marxist doctrines here - we know the gaming industry is like any other industry, i.e. it needs profit. How you pull profit, however, tends to make a world of difference.

Now be honest with yourself - how many times have you found yourself romanticising the past, only to eventually find that revisiting the real thing isn't nearly as great? How many times did it happen with games?

Personally, I tend to fall for that trap every once in a while, perhaps most often with games. My recent PlayStation 2 emulation endeavours made this painfully obvious.

In fact, if you'd asked me 10 days ago how Tenchu was (yeah whatever, look it up), I'd tell you it's cool. Maybe even "awesome, dude", depending on my level of intoxication.

The real truth however, is that this is how I remember it. And I still have Commodore 64, so there's that.

This is a common psychological mechanism. Being aware of it is very convenient. Abusing it, however, quickly takes us from the proverbial ethical green right onto the grey.

Of course, we can't really fault a company for doing what every company does in their market research, can we? No we can't, but this is not a piece on deviousness of remake makers - it's just a red flag on an industry practice taking the market in a horrible direction.

From a purely idealistic standpoint, yours truly considers video games an apex art form, a creative pinnacle where all arts join forces in a quest for expression of human condition. Tell a story. Any story. Any way you want. It's pretty amazing when you think of it.

Game developers congregate into businesses and as such, must adhere to all the implications a word "business" carries. Bottom line - they must keep making good games.

There comes a time in development cycles when unexpected things occur - breakthroughs, new technologies, whatever. Even if that's not the case, it's still perfectly understandable for developers to want to extend their games' life cycles.

In that respect, remasters seem to make perfect sense. However, we don't see many cases of remasters in the vein of Shadow of the Colossus, which was so overhauled that it barely warrants calling it a remaster. We're exclusively talking about Colossus' second remaster, so we're still well on the ethical green here.

Bluepoint Shadow of the Colossus (2018): Hey there little guy.

Come in - game publishers. These are companies with mighty retail connections and channels that can make or break a game. Many of them don't even sell games - they sell products. To be fair, in their eyes it's all the same.

Publishers love remasters. You take a game that isn't particularly old, throw in some shiny new textures and voila - you've got yourself a product. Not a game. A product.

These games should preferably be not too old, so as not to incur development time. Hell, you can even get a different developer, which seems to be a hugely popular choice these days.

Activision did so with their remaster of Crash Bandicoot N. Sane Trilogy; Bluepoint Games replaced Team Ico and SIE on Shadow of the Colossus; Beamdog replaced BioWare on Neverwinter Nights: Enhanced Edition and the list goes on.

Naturally, you can't really sue them for simply supplying what market seems to demand. After all, Crash N. Sane Trilogy sold 2.5 million in mere months after launch - who'd say no to that? Shadow of the Colossus blew the original sales away , almost doubling them in the process.

What does this mean for gaming in general? Companies are saturating gaming markets with old games, almost exclusively promoting rehashing of old, rather than coming up with the new.

In fact, developer of the latest Shadow of the Colossus remake, Bluepoint Games, revealed that even though they grew the team significantly, their greatest weakness is designing new games .

We're not sure why they wouldn't simply try to amend this mistake by designing more, instead of simply emphasising it as a weakness while churning out more remakes.

Ironically enough, seeing as how the gaming industry is also a creative industry, lessons should be learned from both the music and movie industries. They're unfortunately going down similar paths, so maybe impartial analyses of the two would yield more serious solutions. Or maybe I'm just a dreamer, which is also a possibility.

Ultimately, this may end up being a war that's fought with wallets. If remaster profits keep soaring the way they currently seem to be, market trends will follow and such trends can spiral out of control.

Companies riding our nostalgia in the same way political leaders seem to do is nothing to be proud of. Even more so, it is us who encourage these trends.

EA even said their remaster looks to "innovate", can you believe that? How long will it be then before we have to agree and nod our heads then?

In conclusion, no we're not going to go 1984 on you, not all is lost. However, it's high time to reconsider our own habits before blaming the market for not delivering what we claim to crave - games that go where no game has gone before, rather than just live off the old fame.

Rumour: Elden Ring is completed and playable, will release in 202011

Rumour: Elden Ring is completed and playable, will release in 2020

According to the latest info from NeoGaf user Arctos, From Software's action RPG is set to release sometime between October 1 and December 31 2020. It is currently in bug-fixing and optimising phase. The game is also planned for next-gen consoles.

Assassin's Creed Valhalla won't all be battles: Vikings had much, much more11

Assassin's Creed Valhalla won't all be battles: Vikings had much, much more

Far from the brutal cliches of old, the Viking invasion of Britain story at the heart of Assassin's Creed Valhalla, reveals ample evidence of clever dealmaking, organisation and complex lives says the University of Aberdeen's Dr Hannah Burrows.

Episode 31 of NBA 2K20's 2KTV show is out, and as usual - rewards for correct answers during its short trivia screens will net you some decent rewards. This episode's quiz consists of 15 questions, and you can find all the answers down below.

After commenting on how PlayStation 5 and Xbox Series X are just "more of the same" , Atsushi Inaba received plenty of, ahem, feedback. While he didn't change his stance, he did say he should've phrased it differently.

Episode 36 of NBA 2K20's 2KTV show is out, and so is a new set questions. As per usual, each correct answer will be rewarded with a decent amount of VC.

Civilization VI's New Frontier Pass first DLC will be the Maya and Gran Colombia Pack. Lady Six Sky has been introduced as the ruler of Maya. The new DLC pack launches on May 21.

Bungie's Twitter account officially revealed that one of the most popular first-person shooters - Destiny 2, is confirmed to be playable on the next-gen consoles.

Assassin's Creed 2 will be free to keep next week

Assassin's Creed 2 will be free to keep next week

One of the most beloved entries in Assassin's Creed franchise is going to be free to keep on 14 April 2020, possibly as another enticement to stay at home during the Coronavirus pandemic.

Episode 30 of NBA 2K20's 2KTV show is out, and as usual - rewards for correct answers during its short trivia screens will net you some decent rewards. This episode has a total number of 13 questions, and down below you can find the correct answers.

Total War: Warhammer II gets The Warden & The Paunch DLC

Total War: Warhammer II gets The Warden & The Paunch DLC

Total War: Warhammer II just got the new The Warden & The Paunch DLC. The pack is available now for PC, macOS and Linux. The DLC introduces new units, abilities, and mechanics.

Fortnite Chapter 2 Season 3 has been delayed

Fortnite Chapter 2 Season 3 has been delayed

Epic Games have confirmed that Fortnite Chapter 2 Season 3 has been delayed by a week and the new launch date has been set for June 11 2020. The Device live event has also been postponed.

Age of Wonders: Planetfall gets a new Invasions expansion

Age of Wonders: Planetfall gets a new Invasions expansion

Age of Wonders: Planetfall's latest expansion titled Invasions is now available for download. Mac users can expect all future Planetfall updates to be compatible with their platform of choice.