5-ish Need For Speed games that fared better than Payback 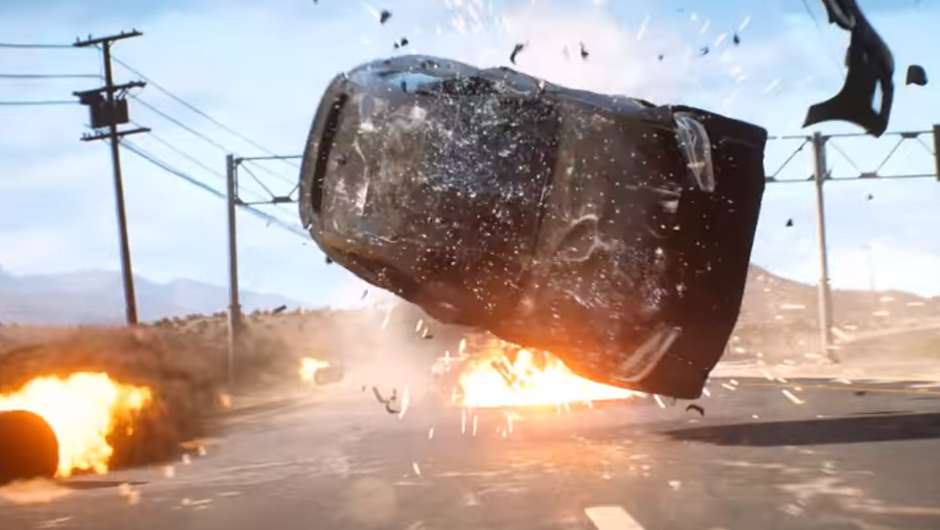 Need For Speed Payback is out now for PlayStation 4, Xbox One and PC. The game didn't do very well with the critics so I took it upon myself to bring you a list of other NFS games that did a bit better.

Need For Speed Payback didn't do as well as some had hoped. It was not met by good reviews and has a 69.5 (ps4+xbox one) metascore on *.

This is not what you are here for, but I do want to quickly remind you of the Jesse Wellens E3 speech that physically hurts to watch. I was going to link it here, but couldn't find the official clip and then spent five minutes watching a video on why he broke up with his girlfriend. I'm never getting those back, no matter how much I make fun of the guy.

Back to the point: Need For Speed Payback didn't do well with the critics, and got some mediocre reviews. I'm here to give you five-ish older Need For Speed games that did better with their reviews. Hopefully, I'll save you come cash and provide a great NFS experience in the process.

I won't go into why Payback failed to live up to the expectations (weak story, no cops in free roam). Well, maybe sometime in the future. Now, I'm breaking out the spreadsheets and calculating the metacritic scores previous Need For Speed titles have gotten to bring you: the five-ish Need For Speed games that fared better than Payback.

Also known as Need for Speed: Shift 2 - Unleashed launched in 2011 for PC, PlayStation 3, Xbox 360 and Mac. You'll find north of 140 licensed cars in the game, all ready to be tuned and raced. Only the must haves! said the executive producer Nick, I mean Marcus Nilsson.

Why they left out the "Need For Speed" part? Because Shift 2 is geared towards a "sim audience". The game traded in NFS' usual "arcadey" feel, for a more realistic experience.

Seems to have worked, it is the first one on this list.

During the races, you can choose to take shortcuts in order to gain advantage. Be warned: it can get so deliciously frustrating when you are re-trying a race for the umpteenth time, everything is going fine, you know the track by heart, but then some AI controlled ARSEHOLE just cruises through the intersection and busts you up. AAARGGGHH.

Ahem. This one came out in 2009 and represents an amalgam of simulation and arcade racing. The gameplay is similar to NFS ProStreet but Shift adds the "simulation" element by recreating its cars' handling more realistically.

Unlike Payback, Shift doesn't contain an actual story. After your skill level has been determined, the game throws you into the 'NFS Live World Series'. There, you earn stars that in turn earn you money. After that it's all about unlocking new cars and new tiers (five tiers total).

Hot Pursuit would have ranked much higher on this list, but the Wii U version didn't exactly "show up" score-wise. The game was released in 2010. Hot Pursuit offers several types of races and an online mode.

Hot Pursuit is the first game in the franchise to include a social network. Named "Autolog", the network gave you the option to go head-to-head(s) with your friend(s). Autolog worked by allowing players to compare their high scores with one another.

The system tracked a player's progress on a series of "Speed Walls" with each reflecting their career progression, event records and driving accomplishments.

The Web Dashboard for Autolog was disabled for all games with the exception of Need for Speed: Most Wanted in 2012. All vehicles in Hot Pursuit are licensed real-world cars and SUVs.

The big 20! NFS Rivals launched in 2013 for PC, PS3 and Xbox 360. It was also a launch title for both PlayStation 4 and Xbox One. I don't want to spoil anything for you, so we'll avoid the story.

Just know that in Rivals you have been given a chance to play on both sides of the fence. Rivals' gameplay is often compared to that of Most Wanted and Hot Pursuit.

Honorable mention: Need For Speed: Most Wanted (2005) wold have had a metascore of 82, if there wasn't for the Nintendo DS version that got a measly 45/100.

*At the time of writing.

Naughty Dog posted a trailer detailing the next update for The Last of Us Part 2, and we're looking at a new difficulty mode called Grounded, Permadeath mode, as well as a host of visual, audio and gameplay modifiers.

Naughty Dog posted a trailer detailing the next update for The Last of Us Part 2, and we're looking at a new difficulty mode called Grounded, Permadeath mode, as well as a host of visual, audio and gameplay modifiers.

According to the latest Call of Duty Black Ops Cold War rumours, a full recreation of Pripyat map from 2007's Call of Duty Modern Warfare will be featured in a brand new Warzone map.

According to the latest Call of Duty Black Ops Cold War rumours, a full recreation of Pripyat map from 2007's Call of Duty Modern Warfare will be featured in a brand new Warzone map.

Party Crasher Simulator has now been officially announced for PC, Switch, PlayStation 4, PlayStation 5, Xbox One and Xbox Series X. The game will let its players disrupt all kinds of parties.

With the new FIFA 21 trailer releasing on June 18, 2020, it quickly became the hot topic of the community, facing a lot of backlash and creating a hail of negative comments and complaints.

It looks like EA are teasing something related to Need for Speed Underground. Over at Need for Speed Twitter, the publisher posted a short clip which features the iconic song from Underground - Lil Jon’s Get Low.

We're not sure whether the thought of knitting makes you jump out of your chair, but by the time you've watched The Sims 4's trailer for the Nifty Knitting Stuff Pack - it will.

The Sims 4 and Citadel: Forged with Fire are now available for Xbox Live Gold and Xbox Game Pass Ultimate members to download and play for free. The free weekend also brings discounts for both titles.

Valve are cracking down on Counter-Strike: Global Offensive cheaters, but the'll do it in a way that's likely to mess with at least some of your third-party apps.

Once again, reliable insider Dusk Golem has confirmed that Resident Evil 4 is indeed in development at Capcom but it will take a while before the studio decide to reveal it.

Microsoft Flight Simulator 2020 closed beta date will finally be revealed on July 9, 2020, the devs confirmed in the latest blog post. The closed beta is still on track to release later this month.

The House of Lords Select Committee on the Social and Economic Impact of the Gambling Industry has declared there is sufficient evidence that loot boxes are games of chance, and suggested urgent action to bring them under the Gambling Act 2005.