PS4 Pro Boost Mode - All you need to know 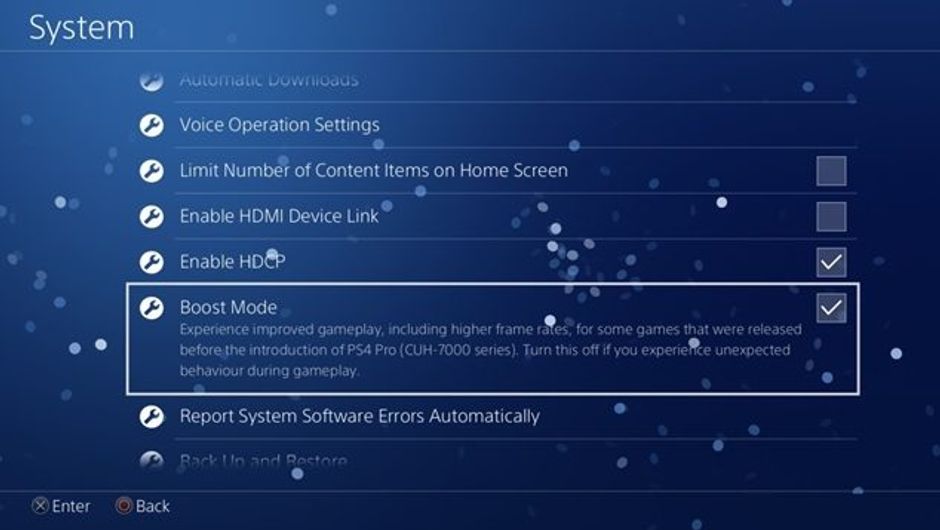 The new PS4 system update is almost here - we take a look at the potentially best feature: Boost Mode

A few days ago, Sony announced the 4.50 system software update, which will bring a lot of new things - but we have already . Among a number of features that Sony made public in their announcement - one thing was left out, whether on purpose or not is unclear at this point, but, whatever the case may be - Sony failed to mention the Boost Mode, which sounds extremely promising.

Essentially, this feature will allow older games, which were not explicitly developed to support the PS4 Pro, to take advantage of the console's horsepower. The Boost Mode is available for testing to all gamers who signed up for the beta version of the new system update. Therefore, we can safely conclude that this mode will only affect frame rates and loading times of games - as opposed to an actual PS4 Pro patch, which offers significant visual enhancements as well.

This is a feature that is more than welcome, as some games were facing such performance issues that they were almost unplayable on consoles. Just Cause, The Witcher 3: Wild Hunt and Bloodborne are only some of the examples which failed to live up to the expectations of every gamer who hoped to enjoy these titles on their PS4. Hopefully, with the Boost Mode, all these issues will be rectified, and games will be able to maintain their target frame rate - either 30 or 60fps.

It's worth noting that Sony does not promise the benefit of the Boost Mode for all games, but it's still a great addition to the rapid growing arsenal of features that PS4 Pro has to offer. So, aside from 4K and HDR gaming, being able to play older titles at a higher, or a more stable framerate, should be enticing enough for players who are still on the fence as to whether to invest in the upgraded version of PlayStation 4.

After Spider-Man, more games that were formerly PlayStation exclusives are being revealed as future PC titles, albeit not in an official capacity.

Cyberpunk 2077 was reportedly dragged down by outsourced QA

Cyberpunk 2077 was reportedly dragged down by outsourced QA

CD Projekt Red may have been dealt a bad hand when it comes to bugs in Cyberpunk 2077 as the QA wasn't done in-house but rather by a firm that was reportedly unqualified to do it.