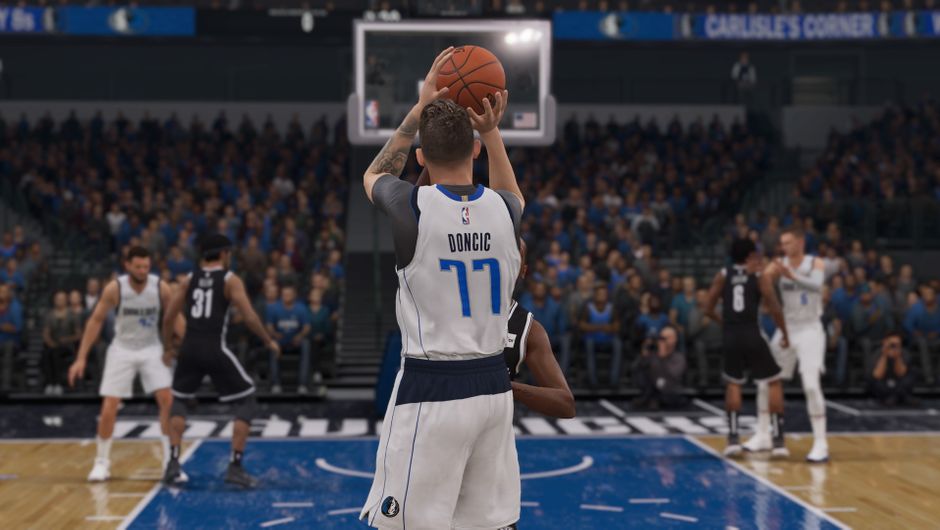 A wildfire of speculation and rumours has started building around the cover athlete for NBA Live 20. All fingers are currently pointing towards the Dallas Mavericks star and Rookie of the Year - Luka Doncic, but nothing is set in stone as of yet.

With the start of the official NBA season being right around the corner, NBA Live fans are still hoping to hear any sort of official news and announcements regarding NBA Live 20.

EA Sports have been notoriously quiet for months now when it comes to Live 20, which has left fans fearing that the game will not be released at all. Meanwhile, EA's biggest basketball rival, 2K Sports have once again managed to treat their fans to some truly fantastic basketball experience with NBA 2K20 that they put out over a month ago.

Due to EA's silence, Live fans are pretty much forced to go looking for leaks and clues that will confirm that the game is indeed in development and that it's going to be hitting the shelves any day now. We've already reported on a couple of unofficial news like this, such as and the info, and we have now stumbled upon yet another piece of information that's rather interesting to say the least.

Namely, it seems as though Luka Doncic of the Dallas Mavericks could be gracing the cover of NBA Live 20. This rumour was first by a contributor at Forbes, Brian Mazique, who said that EA turned to Doncic to be the cover star of Live 20 after they failed to get Zion Williamson on board. He credits this info to a "source with knowledge of the brand's plans".

Furthermore, apart from Brian's report on the rumour, a reddit user named KingKassiusKlay has added even more fuel to the cover athlete fire by posting a of EA's announcement for Season 4 of NBA Live Mobile.

The reason why this particular screenshot is interesting is the fact that there is no athlete present on the cover of NBA Live Mobile Season 4 - there's only a silhouette of a player that sort of looks like it could fit Luka's body type and hairstyle.

This may be a bit of a stretch of course, but other reddit users have commented that they see the Slovenian superstar in that shadowy figure as well, so the idea should most definitely not be dismissed.

Now, if it is indeed Doncic that's going to be the cover star of NBA Live Mobile Season 4, then that automatically implies that he will be on the cover of NBA Live 20 as well because, as KingKassiusKlay explains, the console and mobile versions of the game share the same cover athlete every year.

EA Sports The Rookie of the Year is a force to be reckoned with, indeed...

All things considered, it seems highly likely that EA Sports have indeed decided to give the honour of gracing the new game's cover to this Rookie of the Year. But of course, since none of this has yet been confirmed by EA, we suggest you take it all with a grain of salt.

The new season of NBA Live Mobile will be underway soon, and we expect to see if the assumptions and rumours stated above are correct over the next few weeks.