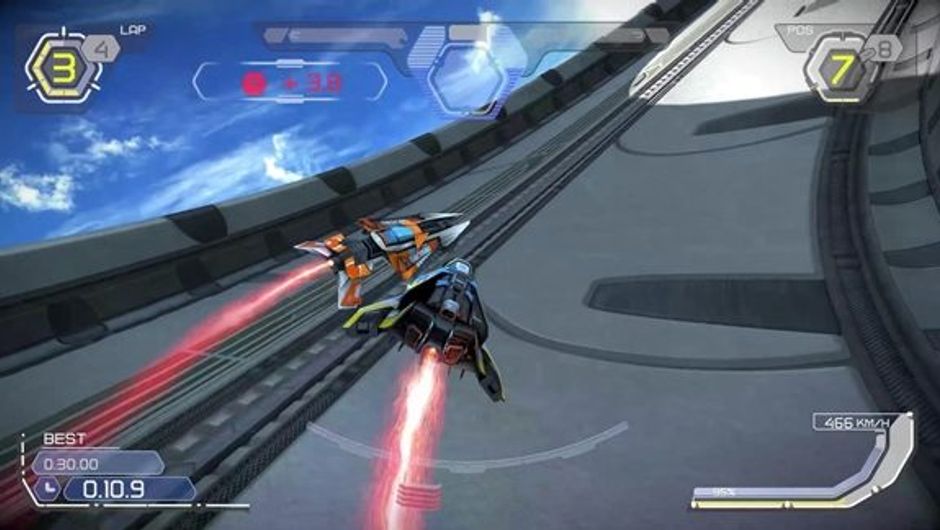 Here's some footage of the upcoming PlayStation 4 remastered classics - Crash Bandicoot and WipEout - being played on the PS4 Pro.

Thanks to the fine people over at PlayStation Inside and PlayStation Access, we have some stunning 4K footage of two upcoming PlayStation 4 remastered classics to feast our eyes upon until the games officially drop.

In the embedded above, you can see WipEout being played on a PS4 Pro. Titled WipEout Omega Collection, the game was announced during the PlayStation Experience 2016, and it will include WipEout HD, Fury and WipEout 2048. All these games will be remastered in 4K and HDR at 60 frames per second and this really shows - the games look absolutely dazzling. The collection will feature 26 tracks and 46 ship models and like almost every multiplayer game from the good old times - it will offer a split screen mode - something that really seems to have become a thing of the past nowadays. If, however, you want to take your skills to online tracks, you can of course do so - and against eight players nonetheless.

There's one thing that we'd like to see kept in the remastered version though - photo mode. With a game that's as good looking as WipEout, especially now that it's received a 4K/HDR treatment - we think it would be pretty cool to have photo mode so that we can create awesome screenshots that we can use as wallpaper, or simply share them with other people. It's worked great for other visually stunning games - just look at Horizon Zero Dawn and Driveclub for example - people have been having loads of fun with it, so it would really be a shame if Sony decide to drop this mode from the remaster, because the original version did have it.

WipEout Omega Collection is slated for release for PlayStation 4 on June 7, 2017. This blazing fast trip down memory lane will cost you £30, and players who preorder the game through the PlayStation Store will receive a dynamic theme as well. Not a bad deal for such a sweet classic!

Also shown in the video is . Played on the PS4 Pro as well, the game looks almost as good as the way we remember it as kids - now that is saying something. Of course, we've already covered all the regarding this upcoming remastered title, but just in case some of you guys forgot, let us jog your memory in a few short lines: the trilogy will consist of three original PS1 games - Crash Bandicoot, Cortex Strikes Back and Warped. It's being remastered by Vicarious Visions and it will play identically to how we remember it from the days of PlayStation 1, except that it will be in 4K resolution. The game will be released on June 30 for PlayStation 4.

Vicarious Visions Even the man err... marsupial himself seems to be satisfied with the makeover his game received

There's some speculation going around that the N. Sane Trilogy will come to , but nothing has been confirmed so far. As soon as we have some info regarding this, we'll make sure to spread the word.

Sony spokesperson said they expect that Microsoft will abide by contractual agreements and continue to release Activision games on PlayStation consoles.

Guerrilla Games have released a story trailer for their highly-anticipated action-adventure Horizon Forbidden West. The trailer gives us another look at the new locations, NPCs and machines.

An interesting Genshin Impact leak predicts the second arrival of the popular Electro Archon - Raiden Shogun, who is expected to appear alongside the new character Yae Miko on update 2.5.