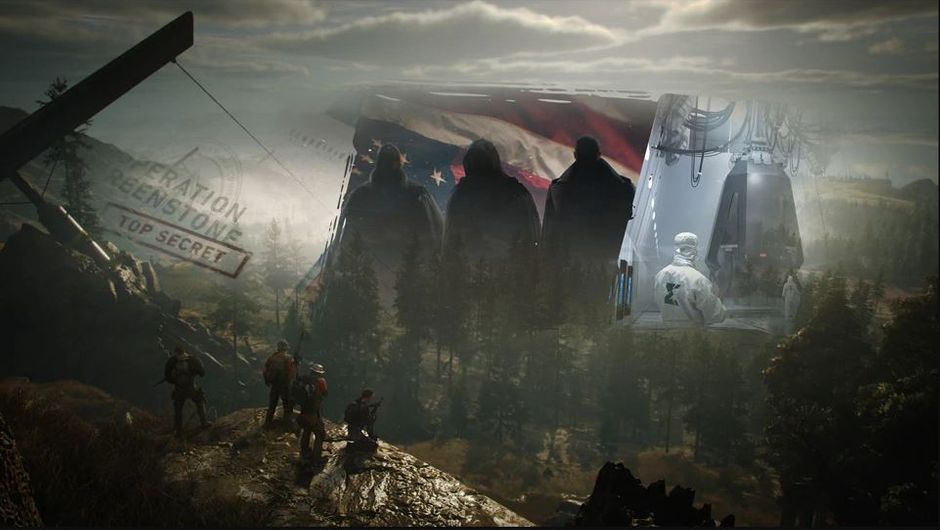 Ghost Recon Breakpoint will have a post-launch seasonal content drop system similar to pretty much any other Ubisoft game and the company has revealed the details of the first Year's three episodes that include potentially more than one raid.

Year 1 will feature three episodes of post-launch content that will bring varying additions to the somewhat stranded Ghosts. The first episode's content has already been teased but if you are not up to speed, it's going to land with the launch apparently so the "post-launch" idea is kind of getting foggy here.

The first episode will introduce the first Ghost Recon raid that will be a four-player activity, crafted for group play with coordination and challenging obstacles in mind. Given the more RPG-like nature of Breakpoint, it's highly possible bullet sponges will be involved.

Live events will be present throughout the content deployments and they are basically the oddball crossover events that were present in Wildlands as well. The first live event will see a Terminator travelling through time to invade Auroa for some reason. The T-800 might sound a bit too weird for people who aren't familiar with the more recent Ghost Recon additions but let us just remind you that Wildlands had a fight with the Predator.

The engineer is the first new class that will be available to everyone. Season Pass holders will have a few perks though - the class will be unlocked immediately for them and won't require skill points. They will also get access to it seven days early.

Faction missions will evolve the story of Breakpoint and look awfully lot like drip-fed content previously seen in Assassin's Creed: Odyssey. On the PvP side of things, Ubisoft promised regular updates and balance passes.

Starting in February 2020 and wrapping up in May of the same year, this episode might have a rougher time than others as both Cyberpunk 2077 and Vampire the Masquerade: Bloodlines 2 are set to release in that window.

Deep State is an expansion to the main story that will be around five hours long according to Ubisoft estimates. It will be free but not really since everyone will get access to a portion of the story but only Season Pass holders will get full access and exclusive rewards. Those without the pass can still see all of the story by partying up with a pass holder.

There are some updates to Project Titan, the raid from Episode 1, planned for release during the second batch of content drops but Ubisoft didn't specify what they are.

Another, yet unannounced class will pop up during Episode 2 and will be available for everyone with the same formula as the Engineer - early and easier access to Season Pass holders.

Ghost War will get additional maps during this period as well as some sort of an event that apparently features a new format for the mode.

Transcendence is another story content drop that will work the same way as Deep State. Appetiser access to everyone but only Season Pass holders get the entire cake.

There is a section mentioning a raid update during this episode but it's currently unclear if it's another update to Project Titan or a brand new raid.

Considering this episode is so far away in the future, there aren't many details shared at the moment but Ubisoft noted more special events, a new class, faction missions and PvP updates will happen.

Following the details of the Season Pass, Ubisoft also explained what the microtransactions will look like. Similarly to Wildlands, players will be able to purchase some weapons through the store or find them in-game. There is a caveat here though. Wildlands didn't have tiered gear so it remains to be seen how this will be implemented or if we will have to grind our faces off for a good weapon drop.

There are certainly hints that there will be a good chunk of grinding if you are not purchasing Ghost Coins. This currency is described as the one you use to purchase "various time savers" as well as "reward boosters". The first one refers to materials, which is something already shown in AC: Odyssey and the reward boosters refer to getting double Battle Points.

Battle Points are just a fancy name for experience tied to a battle pass, called Battle Rewards. This battle pass is not purchased directly though but those who don't purchase reward boosters will obviously have to grind twice as much as those who do. 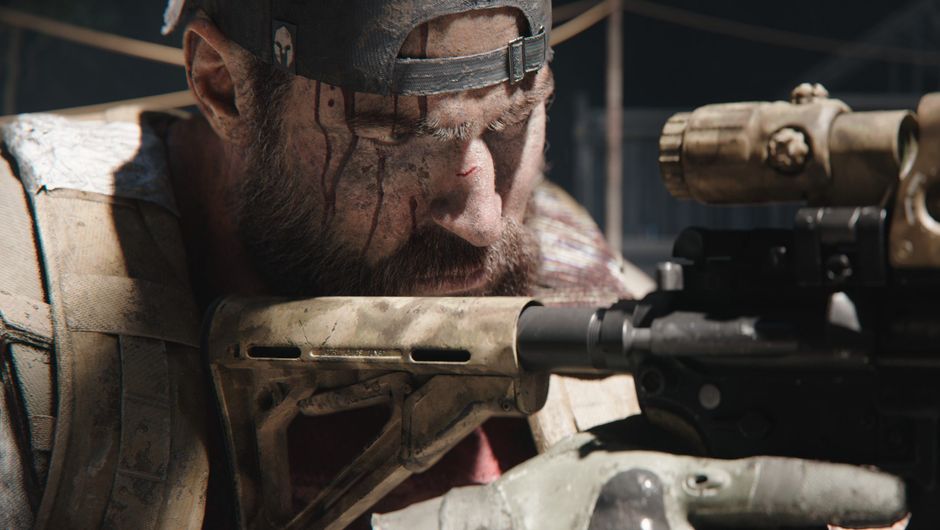 Fallout 76 Wastelanders update is set to introduce a ton of new content including human NPCs. Today, Bethesda decided to share new details about the human NPC factions that will arrive with the big update.

Fallout 76 Wastelanders update is set to introduce a ton of new content including human NPCs. Today, Bethesda decided to share new details about the human NPC factions that will arrive with the big update.

It seems that Fortnite Chapter 2's next season has been delayed once again. This time, Epic Games have pushed the release to 20 February, if the latest info from the data mined files is correct.

It seems that Fortnite Chapter 2's next season has been delayed once again. This time, Epic Games have pushed the release to 20 February, if the latest info from the data mined files is correct.

Ubisoft folks have officially revealed Ghost Recon Breakpoint, a sequel to Ghost Recon Wildlands. The leaks from the day before were correct but the trailers and the website provided some additional info for those interested in the game.

We must admit that the ''fight'' between the Epic Games Store and Steam is turning into a severely one-sided competition, as Sweeney and Co snatched yet another major Ubisoft title from Steam and added it to their storefront's offer.

How to get access to Ghost Recon: Breakpoint closed beta

How to get access to Ghost Recon: Breakpoint closed beta

Ubisoft officially announced Ghost Recon: Breakpoint and also revealed how to play the game three days earlier and get access to the closed beta. The beta dates are yet to be announced but it's expected that Ubisoft host one in September.

Ubisoft officially announced Ghost Recon: Breakpoint online technical test that will run from 31 May to 03 June 2019. Only a small number of players will be able to take part in the test that will include only a tiny portion of the game.

Ghost Recon: Breakpoint will come in four editions - Standard, Gold, Ultimate and Wolves Collector's Edition. Each edition will offer different items and Ubisoft have explained what exactly you'll get if you decide to purchase one of these.

Ubisoft's Ghost Recon: Breakpoint will have a 4v4 multiplayer mode named Ghost War on launch, it's been confirmed in the latest trailer from the publisher. Ghost War will be tied to the singleplayer campaign and will offer two game modes.

How and when to play Ghost Recon: Breakpoint's upcoming beta

How and when to play Ghost Recon: Breakpoint's upcoming beta

Ghost Recon: Breakpoint beta is kicking off on Thursday, 5 September 2019 at slightly different times based time zones. The beta will be available to fans who preordered or subscribed to uPlay+ and some of those who signed up for the test.

It looks like Ubisoft are planning to host another beta test for their upcoming tactical shooter Ghost Recon: Breakpoint. The client for the beta has been found on Uplay while the date has been spotted on the official website.

Borderlands 3 and Ghost Recon: Breakpoint are free if you buy AMD graphics card

Borderlands 3 and Ghost Recon: Breakpoint are free if you buy AMD graphics card

Borderlands 3 and Ghost Recon: Breakpoint are part of the latest promotion from AMD. If you decide to purchase one of the GPU's from AMD's RX 5700 or RX 500 series, you'll get one game for free along with three months of Xbox Game Pass.

Ubisoft announced the open beta for Ghost Recon Breakpoint will be delayed with more recent tweets updating fans on the progress of the ongoing fixes.