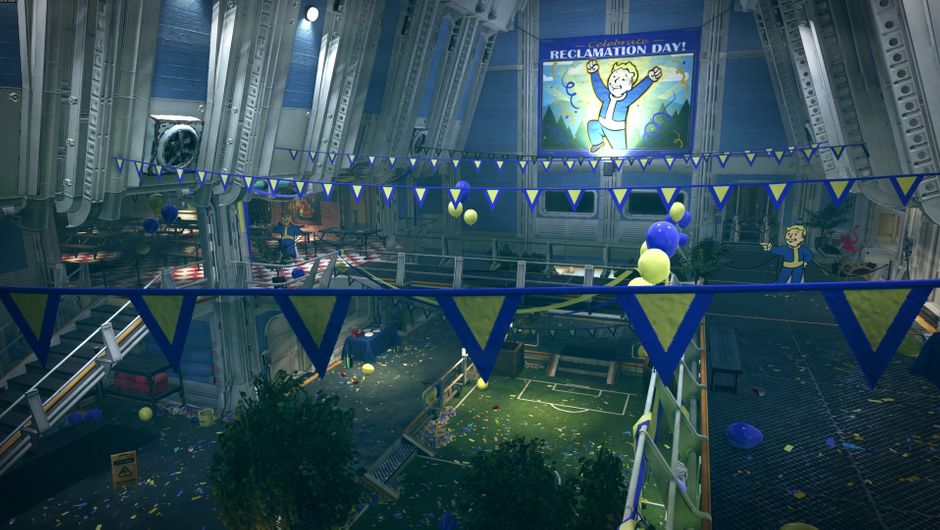 Bethesda have piggybacked their way to this year's QuakeCon, where they once again discussed anti-griefing measures and unveiled the game's card-based perk system, which will grant Fallout 76 players anything from stats boosts to mutations.

As the video states, Fallout Online 76's troublesome environment will throw a bunch of obstacles before players but Bethesda will be giving us a hand with the perk system. We'll be seeing cards like Night Person, which grants +1 intelligence and +1 perception between 6pm and 6am, Grease Monkey, which makes repairing workshop items 30 per cent cheaper and a bunch more.

Perhaps even more interesting are mutations, which will bring their own perks and weaknesses, leaving it to players to balance the risk and reward. Fallout 76's new trailer gives an example of gaining "unique abilities of a marsupial", at the expense of a "mild neurological impairment".

As you'd expect, we're talking a bunch of available loadouts, which can easily be refreshed should Bethesda decide to shake things up later. Cards will be given out at specific intervals so you'll basically never run out of combination, which should lend Fallout 76 additional longevity and playtime.

Interestingly, it seems like all the griefing concerns have finally gotten to Bethesda, although I can't say I'm a huge fan of what they'll be doing for Fallout 76. Namely, you won't be able to deal much damage to players until they respond, which is when the actual fighting starts. There are no rewards for killing non-responsive player.

In fact, you'll be getting a bounty placed on your head, alerting world and dog to your position on the map. Additional incentive is that players who are killed lose bounty money from their own checkbooks, with Todd Howard claiming that they've "turned assholes into interesting content".

Unfortunately for Howard and Toddout 76, the game's multiplayer is fast turning into an occasional occurrence that I can only liken to modern play-dates - too tedious to pursue yet impossible to ignore. Interestingly, the man said that when it comes to how "Fallout-y" is Fallout 76, he said that 80 per cent is the game everyone is used to, while the remaining 20 per cent are new things.

So basically, 80 per cent of Fallout 4, with the forced play-dates thing. Somebody take me home please. 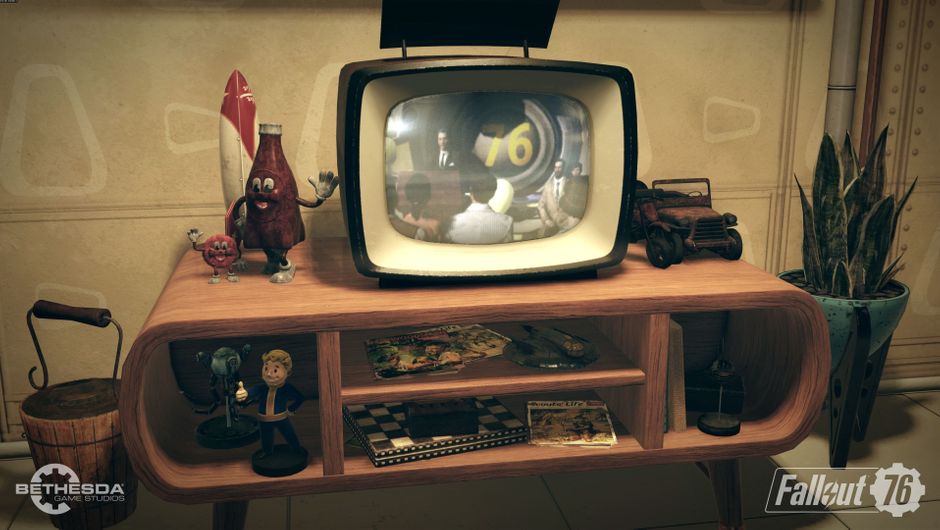 During the E3 this year we had a chance to see Todd Howard present the new Fallout 76 where he talked about the location, map size and more. Beta was announced for early summer while the official release will be happening 14 November 2018.
Latest Articles

Some disappointing retailer reports on Fallout 76's sales recently gave way to the rumour of Bethesda aiming to make it free to play, with one fan calling the company out and warn them that if they do this - 500 Atoms won't cut it.

It turns out that at this rate of fixing Fallout 76, Bethesda will probably have to roll out a few petabytes worth of patches because the latest one, which weighed in at 48GB for consoles, has fixed very little of what it was supposed to.

As of today, Fallout 76 has been on the market for two weeks and Bethesda are already announcing their December patch schedule. The schedule currently holds two dates - 04 and 11 December 2018, which is when they're expected to land.

Website of the most populated Bethesda game, i.e. the customer support, has accidentally shown usernames, contact information and proof of purchases to other players, although the company insists that the exposure window was very brief.

In Bethesda's latest Inside the Vault post, the dev acknowledged that many Fallout 76 players found the latest update, Update 15, a bit underwhelming and provided a list of upcoming changes, as well as some info on the Wastelanders.

Bethesda are doing a pretty good job in drumming up the excitement for Fallout 76's upcoming update Wastelanders, and each batch of screenshots seems better than the last. This time, however, it's not about characters but a new location - Watoga Underground.

Todd Howard: A lot of Fallout 76 criticism was well deserved

Todd Howard: A lot of Fallout 76 criticism was well deserved

Speaking in a recent interview, Bethesda's Todd Howard said that Fallout 76 was always going to be a difficult title to launch, and that a lot of the criticism was well deserved. However, he remains proud of what the team did so far.

Well, that's of course unless you are, which would mean you're one of the select few Bethesda have chosen for Fallout 76 B.E.T.A., which is Break it Early Test Application in the ancient Bethesdan tongue spoken across Todd's realm.

Bethesda have confirmed that they will significantly reduce the cooldown on Public Events so players can join them more frequently. On top of this, Bethesda also said they will disable Survival Mode Beta on 01 October 2019.

Bethesda have rolled out a hotfix for Fallout 76 and although it's mostly about minor bug fixes, there are a few notable exceptions, both in regards to the game's Survival Mode. We're talking about scoreboard highlighting and weapon damage.