EA bringing back Burnout Paradise for PS4, Xbox One in March 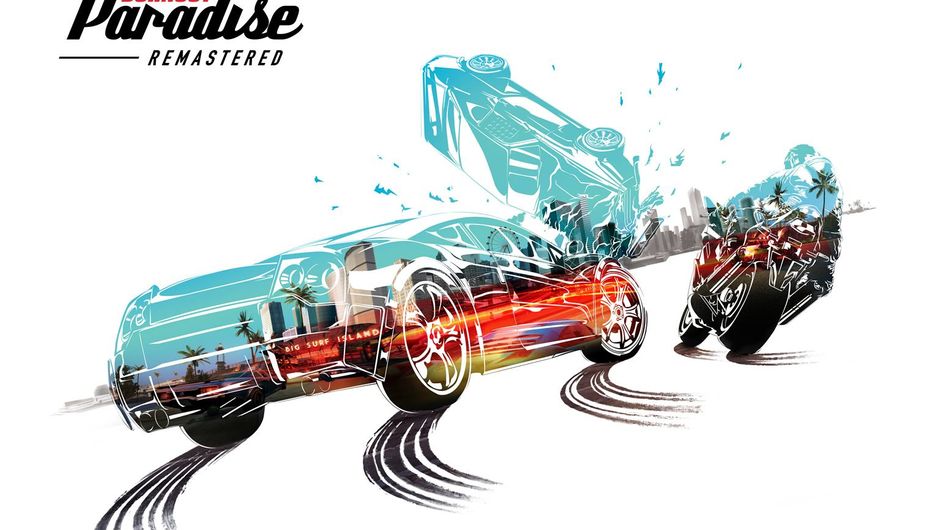 Electronic Arts have decided to bring their classic title Burnout Paradise back from the dead, albeit in a brand new remastered package. The remaster is coming to consoles in March, with a PC launch scheduled later this year.

Slated for launch on 16 March, 2018, Burnout Paradise Remastered comes with all the original tracks, as well as eight add-on packs. Yes, this includes "an extension to the drivable world with Big Surf Island."

The developers have made sure Burnout Paradise received a facelift, so as to have a chance to compete with some modern driving titles. We're talking about Paradise City in all its 4K glory, with Criterion and EA claiming it comfortably runs 60FPS on consoles.

Burning rubber enthusiasts surely remember the title, having been notable for its open world map, the first one of the kind in this genre. Moreover, Big Surf island never arrived on PCs, so this may be their last chance to spin it up. Well, until the next remaster at least. You think we're kidding, right? We're not.

So, Burnout Paradise Remastered arrives on March 16, 2018, for PlayStation 4 and Xbox One, priced at $39.99, whereas PC users will have to wait until later this year, when it's expected to arrive on Origin. We could convert it to pounds, but knowing EA - it'll be priced the same, just with a different symbol.

Okay, now that we got that out of the way, let me address the part where Burnout will "innovate online vehicle play with a whole new generation of players. Gamers are not delusional - we know businesses are governed by profit. We know remasters are incredibly convenient in this respect, serving as somewhat of a quick-cash ATM for big wigs. See - we know this and we play along.

Claiming that a remaster of a 10 year old title is going to "innovate" anything, on the other hand, let alone online play is such a gargantuan insult and a slap in the face to any self respecting person, not gamer, that I'm really struggling for words here. Gimme a minute. Deep breath.

AltChar AltChar: That would explain many a thing, wouldn't it?

Developers who "develop" remasters are nothing but unethical sleaze-balls that strategically aim for nostalgia fuelled demographics. By the time you figure that the oh-so-amazing game you so fondly remember has been heavily romanticized by your own self and isn't really that good, you're out of £40.

Developers who don't develop and publishers who publish previously published games, shamelessly citing innovation as if the half the world has been lobotomised - how in the world did we get to this?

It looks like EA are teasing something related to Need for Speed Underground. Over at Need for Speed Twitter, the publisher posted a short clip which features the iconic song from Underground - Lil Jon’s Get Low.

Need for Speed Heat is getting its final update tomorrow, June 9, 2020. The update will bring a bunch of improvements to the game, one of which is cross-play. A new Need for Speed game is now in development.

Nacon released a gameplay trailer for Monster Truck Championship, letting players know what kind of destruction and racing they can expect in the upcoming game.

Codemasters' racing game Dirt 5 will be free for PlayStation 5 players who previously purchased the game on PlayStation 4, the publisher confirmed in the latest video.

704Games have officially released the Gold Edition of NASCAR Heat 5 on PlayStation 4, Xbox One, and PC. The game's Standard Edition will be available on Friday, July 10, 2020.

Star Wars Squadrons will have a hardcore simulation mode

Star Wars Squadrons will have a hardcore simulation mode

Star Wars Squadrons is one of the most anticipated games currently and the latest bit of news might make the hype even bigger - you will be able to immerse yourself in proper dogfighting in a galaxy far far away.

Codemasters are unveiling Dirt 5 details piece by piece ahead of the October launch, and their latest update dives into all the car classes coming with the popular rally racer.

It looks like Nacon have just teased a brand new Test Drive Unlimited game, which could be officially revealed at Nacon Connect event on July 7, 2020, 7:00 PM CET.

EA Sports may have been a bit late to start showing off Madden NFL 21, but better late than never. Now, they posted details on Classic and Face of the Franchise modes, and they'll even feature Snoop Dogg.