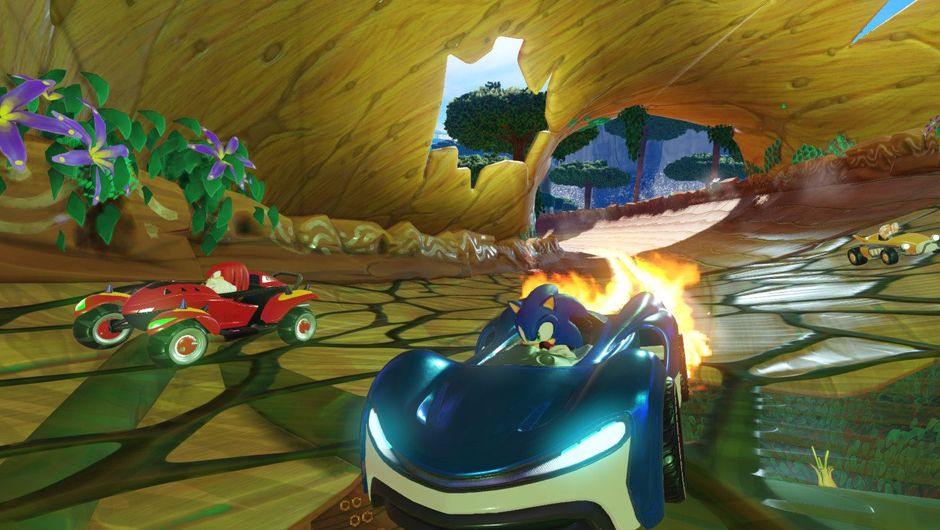 In this graphics comparison video, we take a look at the newest kart racing game by Sega: Team Sonic Racing. We've played the game on PC and Nintendo Switch, and we've compared the visuals of the two versions in a side by side comparison.

The racing gameplay, although solid kart-arcade action, lacks the polished depth of Mario Kart. The sound effects and soundtrack surpass Mario Kart due to Sega’s perchance for great audio, but the aesthetical execution of the tracks and surrounding environments produces a blurring and lacking mess.

Furthermore, on the Nintendo Switch, it has not utilised the perspectives of scale when making a game for both portable and docked mode. The dominance and control over this visual design is something that few other games have been able to match outside of Nintendo themselves. This means that the karts look too small on the screen.

The team racing mechanic is absolutely brilliant. It adds an extra dimension to the kart genre by creating a co-operative mode. Working as a team is challenging and extremely satisfying.

We genuinely hope to see an e-sport develop around this for a few seasons. There is untapped meta game here that is going to be glorious to watch develop.

This game has great extra features at a B+ level, but they do not rise above to be exceptional to raise the bar of the genre.  The racing tracks feature callbacks and references to famous levels of Sonic, but don't elicit emotional or original thoughts.

Judged as an individual entity, Team Sonic Racing is a very good game, but when compared to the genre stalwart, it falls short. If this was a shooter in the 90s we would be comparing it to Doom. In the early 2010s, it would be Call of Duty.

SEGA Team Sonic Racing: side by side comparison of Knuckles. 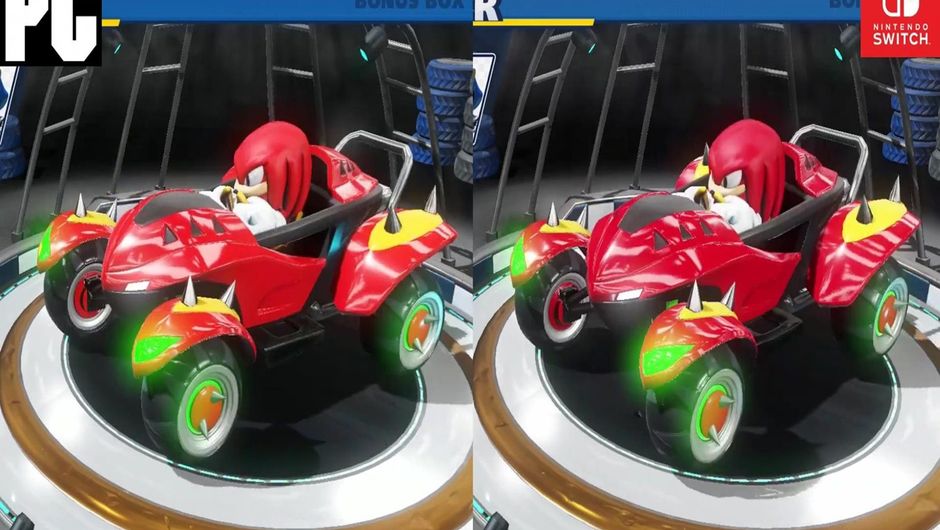 To go a bit more in-depth with Team Sonic Racing and its visuals in particular, we've decided to compare the PC version of the game to that of Nintendo Switch. Check out the video embedded above to see all the differences between the two versions in motion, or you can simply click .

Need for Speed: Unbound PC requirements are now available, offering players a glimpse of what they can expect in regards to their rig's power.

EA still seems to be in the "don't accept criticism and just mock the players" camp as the promotion campaign for Need For Speed Unbound apparently included mocking a fan that wasn't satisfied with preorder shenanigans.

Company of heroes 3, a WW2 real-time strategy from Relic Entertainment and SEGA is seemingly coming to PlayStation 5 and Xbox Series X|S too.

Need for Speed Unbound's soundtrack will feature over 70 songs from artists like A$AP Rocky, Brodinski, SCH, Lous and the Yakuza among others.

Forza Horizon 5 is getting its second expansion in 2023, PlayGround games have confirmed. The official reveal should be coming early next year.

Fans waiting to get in the commanding chair of their favourite football teams will need to wait a little longer, at least in the case of consoles.