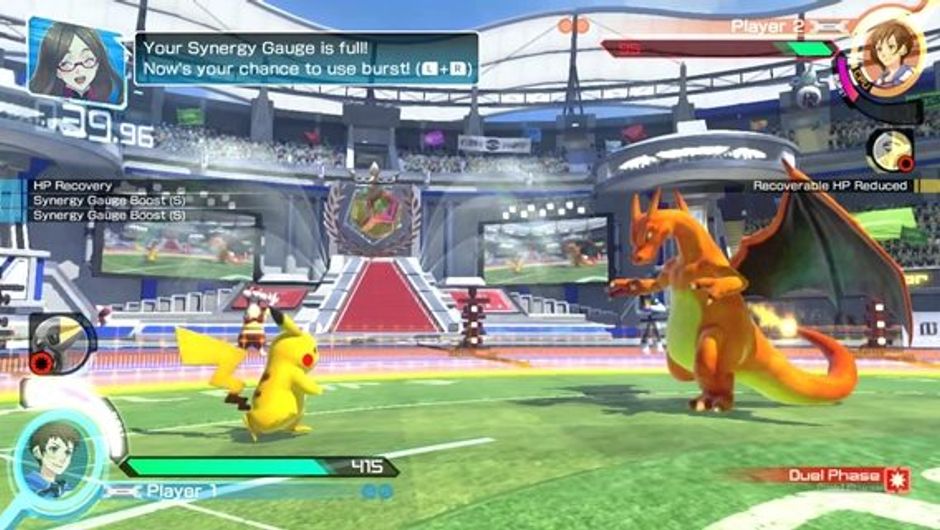 The Nintendo Switch library continues to be filled with ports of Wii U games. This time it’s Pokkén Tournament. But is it visually any better on the new console? Watch our new comparison video to find out.

Pokkén Tournament is a great fighting game that balances the genre’s need to be able to be easily picked up and played in button mashing glory, but develop into a technical wonder as the game progresses.

Originally released in July 2015, the game never really got the respect it deserved, mainly because it was on the Wii U in its dying year. Developed by Bandai Namco of Tekken fame, with Tekken producer Katsuhiro Harada's involvement, it features heavily inspired gameplay from the series. If you can’t tell, the clue is in the name.

For our graphics comparison , we're using the full Pokkén Tournament for the Wii U and the demo for the Nintendo Switch. We're very confident that the visuals are not going to change. If you’ve ever played any unreleased Nintendo game at a trade show - nothing changes.

Now it's time to grab a cup of tea and make yourself comfortable as we treat you to some visual delight with some of the most iconic Pokémon. Enjoy!

Harebrained Schemes' trilogy of turn-based RPGs is coming to console at the very beginning of summer 2022, offering the players an unforgettable story-driven adventure.

If you're looking forward to the Sonic Origins collection, here's everything you need to know about the game's editions, price and pre-order bonuses.

From Software have released another major patch for Elden Ring, that includes a ton of bug fixes and improvements as well as new content.