Review: Into the Breach - is it as good as Faster Than Light? 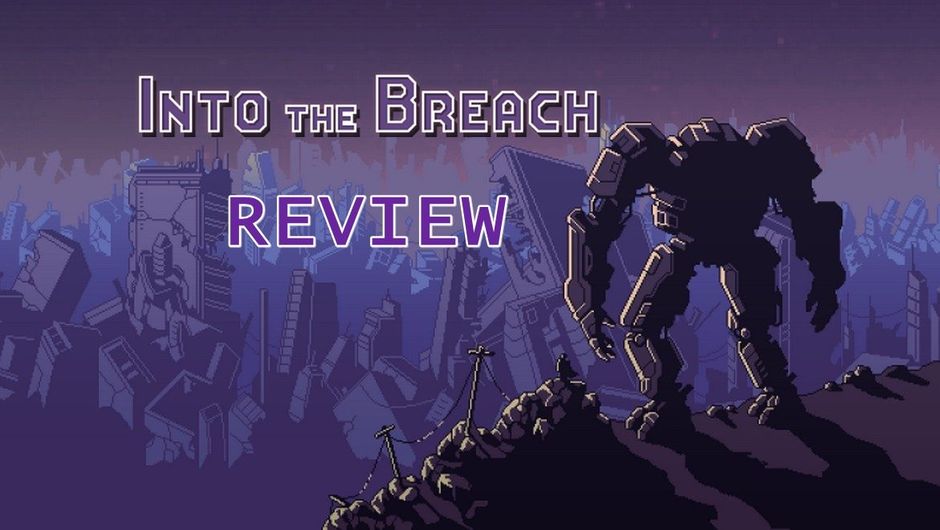 The creators of Faster Than Light, Subset Games, have recently released their latest title - Into the Breach. An addicting roguelike game where you have to defend the world from an alien invasion, but can it outdo their debut outing?

Subset Games consists of artist Justin Ma and programmer Matthew Davis. In 2012, they released the critically acclaimed title Faster Than Light. An exceptional space travel roguelike that spawned many a clone on Greenlight.

It can be argued that one of the draws to the game was not just the great space captain gameplay and haunted space tone, but the fact that Subset Games did not milk the success of the game. 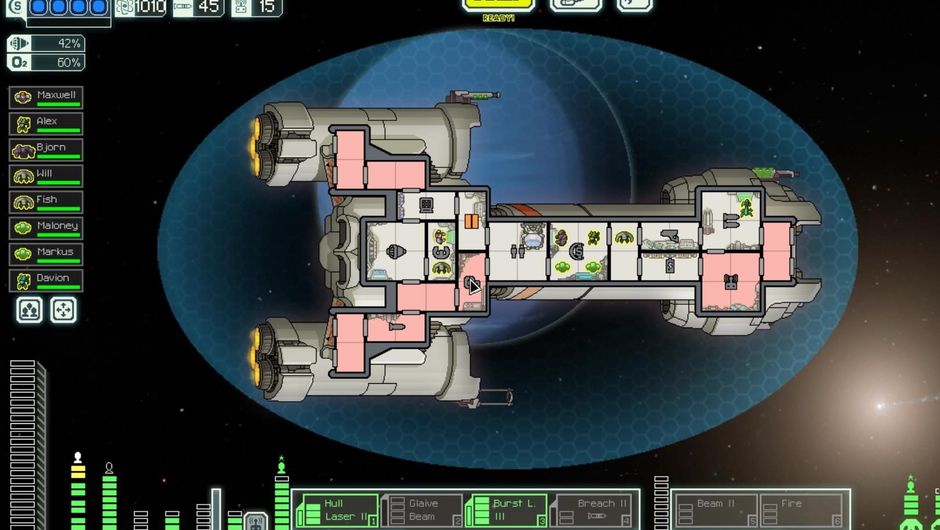 There was no forced on multiplayer, no rushed sequel. Hell, they could have just pumped out the same game with a 2 at the end and we would have bought it. Classy guys. And since then, they have been working on Into the Breach.

In the future, Earth is under siege from underground gigantic insects. You control a time-traveling team of giant mechs that have to protect the Earth. As the designers intended, the game is a mixture of X-Com and Pacific Rim. It’s a great premise but it’s very bare-bones because nothing else happens. You beat the aliens and the game ends. That’s it.

Subset Games The story of Into the Breach is rather lackluster and shallow. 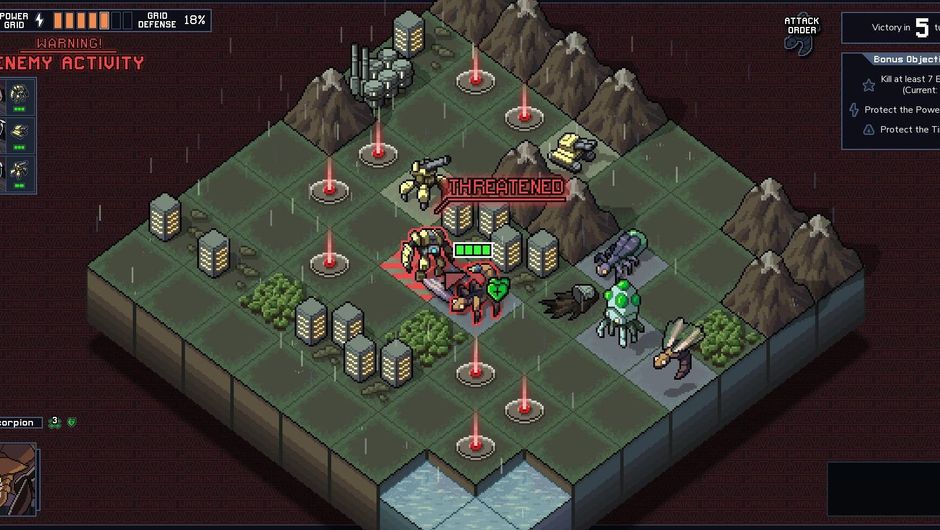 You can restart the game on a new timeline if you want to beat it again but there’s no great mystery to unravel or some kind of betrayal at the endor anything like that. It’s quite disappointing in this department to be honest.

The overall aesthetics of Into the Breach is reminiscent of Bitmap Brothers work such as The Chaos Engine and Speed Ball. The Zeitgeist for gamers and developers at the moment is the need for nostalgia. Make something look like it was developed in the 90s and you’re sure to string up some buys.

Old is good because, as human beings, we can’t move away from the past. The familiar is comforting, but it is being plastically produced and fetishised into something it never truly was. This capitalisation of childhood memories is not always good and can be nothing more than methadone to a heroin addict.

Into the Breach, however, does none of this. The harmony of the design and gameplay intertwine together so when a little voice bubble pops up saying “We're saved”, you actually feel a sense of achievement and gratitude.

Subset Games There's just something oddly satisfying about completing missions in Into the Breach. 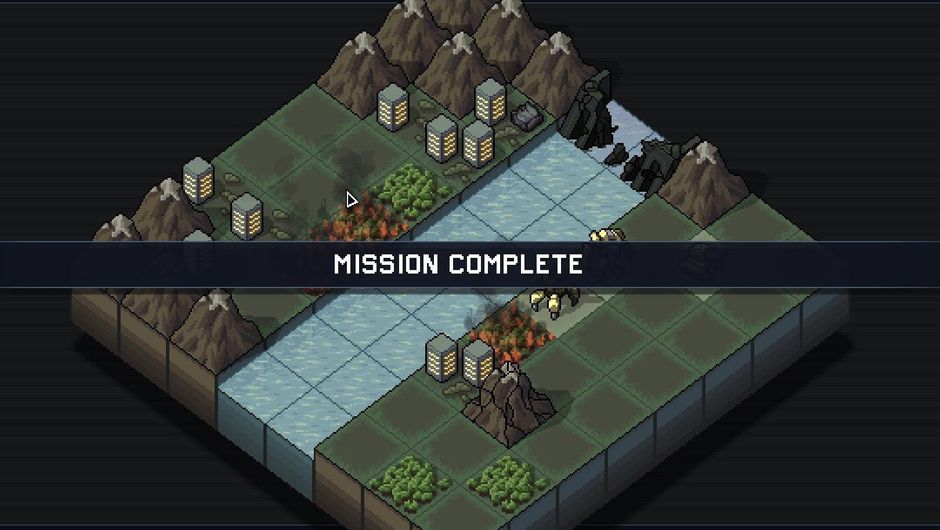 The sound is haunting and the overall art style is a pleasure to look at. A subtle and effective colour palette with just the right amount of detail to make you invested in the battles. 4K resolution and 120 frames per second with realistic character models are not always required to create an empathic connection to the game, and this game is very much proof of that.

Into the Breach works as a puzzle strategy game with a skin of mechs defending the world from an alien invasion. It’s like chess on a smaller board with environmental hazards and buildings that must be protected as they are representative of our health meter.

There is no multiplayer mode, this is only a single player game. It’s an addictive framework that keeps you coming back for more, but after a while the skin disappears from enjoyment and the gridded structure becomes merely a chessboard to move and attack with the odd obstacle in the way.

Subset Games Into the Breach is an addictive game, but only for so long. 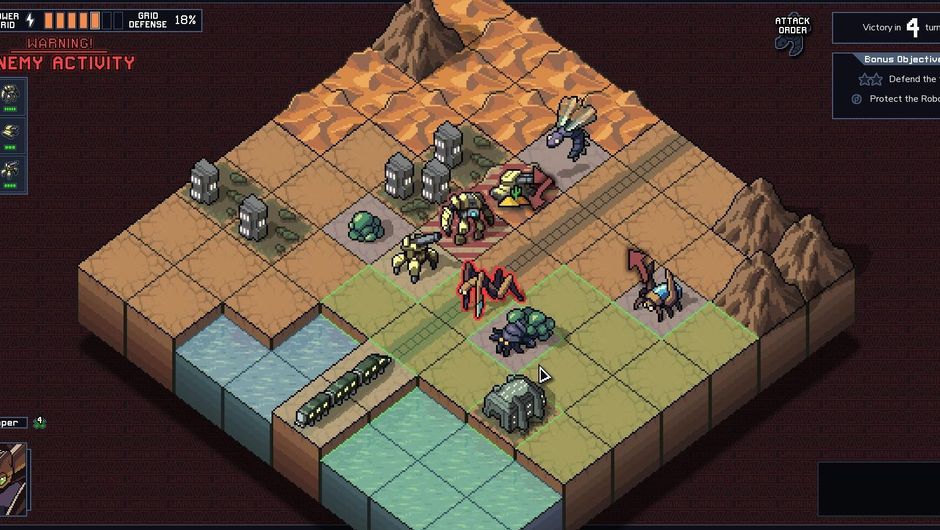 The gameplay however, is still infectiously addictive and rewarding. The real criticism that we have is based on the brevity of the game. There is just not a lot here. Four worlds with a few missions to beat on each as you earn points to upgrade your mechs.

Subset Games Faster Than Light is truly an immersive masterpiece. 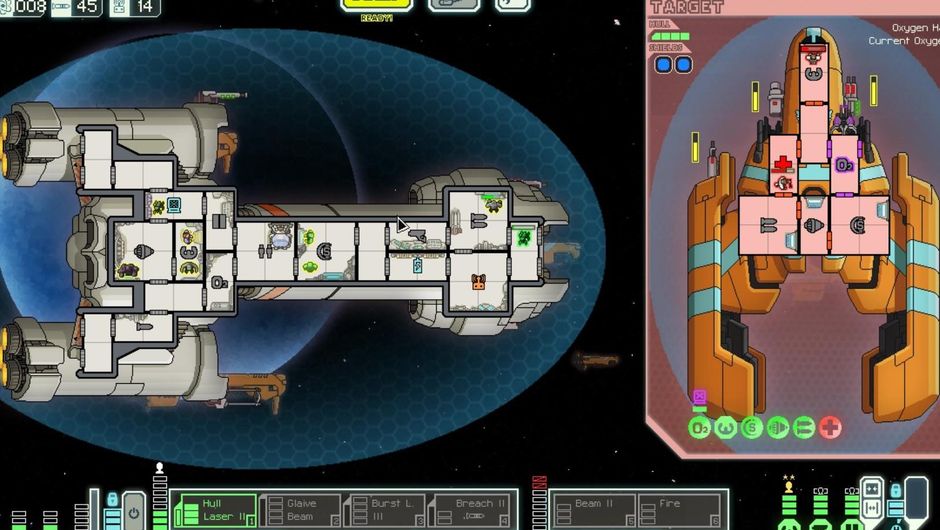 As far as Into The Breach goes though, there is simply not enough variations to keep you busy and interested. I’ve have had to force myself to pick different mechs and grind through the achievements for the sake of this review but also for my slight completionist nature.

I want to love Into The Breach as there is a lot to love here. The great art and sound design, the complex puzzle strategy style gameplay that IS fun, but it doesn’t envelope you fully into the world that makes you want to care and continue. It feels like a bad Ubisoft game - a checklist of tasks that you must complete because there is a list and the process blurs into nothing memorable.

So should you buy Into the Breach? Yes. Is it fun? Yes.

However, it is just too short. If the idea is to operate this game like a Crusader Kings 2 style model with new mechanics and major expansions, then that’s great. They have built a solid foundation. The modding community will ensure that this game has longevity. Maybe we are just going harsh on it because Faster Than Light is such a hard act to follow.

AltChar The recap of our review. 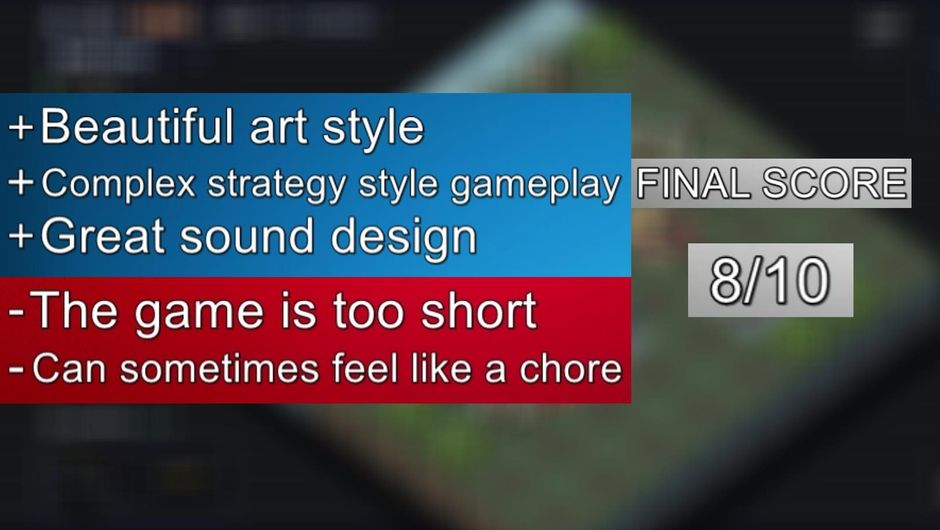 Overall, we give Into The Breach a strong 8/10. Just please resist an EA buyout, Subset Games. We’re looking forward to seeing your next game.

Can Call of Duty Modern Warfare 2 Campaign reach the heights of its 2019 predecessor or that's one too big of a mountain to climb?

PUBG Update 21.1 is introducing a lot of new content, improvements and changes that are set to go live on PC next week.

One might say somewhat unexpectedly, a new MOBA is on the horizon as Fangs enters early access across several stores.

Nico went from being the oldest to youngest team member in a matter of months and the latest Midnight Suns short showcases the transition.

Sisters of Battle have arrived, or at least one did, to join the Inquisition effort to search for the mysterious weapon that could turn the tide and let players grab a bunch of loot on the way.