Video: How to install official kits and team names on PES 2017 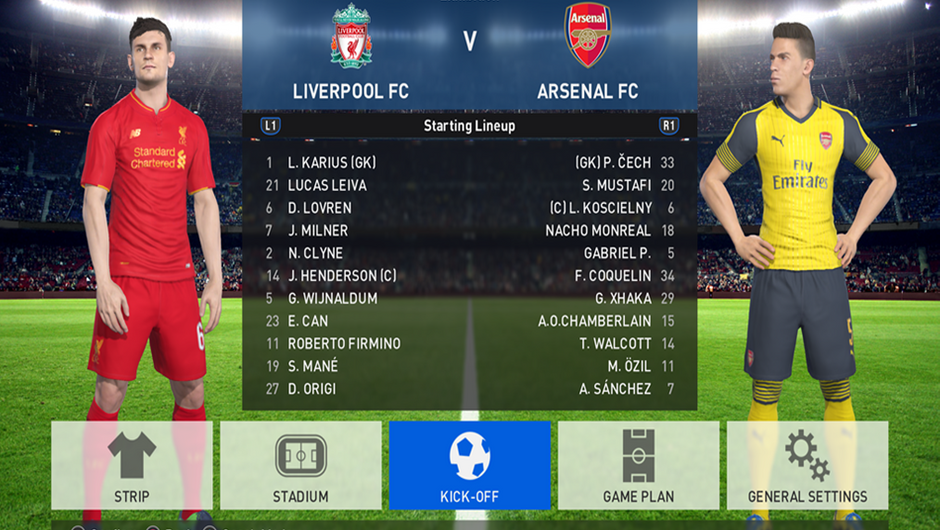 Learn how to install all the official kits, player and team names and much more on Pro Evolution Soccer 2017

We have seen many great games from the Japanese giant that is Konami. Games such as Metal Gear Solid, Castlevania, Silent Hill and of course, the renowned game series: Pro Evolution Soccer, also known in Japan as Winning Eleven.

PES has always received nothing but praise for all the things that they simply nail time and time again - such as remarkable graphics, amazingly realistic gameplay, incredibly detailed player models etc. However, nothing in this world is perfect and Pro Evolution Soccer is no exception to this. There is this one thing that makes many players switch their loyalties and invest their time and money in the alternative version of virtual football - and that is the lack of official names of most world-star teams and players, a.k.a the lack of licences.

The impact of having few to no licences has never been harder on PES because it massively hurt their sales this year. Namely, they have sold only around 50,000 copies this time around, whereas their rival, FIFA 17, managed to sell a whopping 1.1 million copies in its first week in the UK.

However, things may not be as grim for the PS4 users, because there is a simple workaround to the no-official-names issue this time - a custom-made option file. Some avid football - or rather PES fans, to be more precise - have put in a substantial amount of effort and time into creating perfect designs of kits, player faces, emblems, and of course, player and team names. The good news is that the option file, or "patch", is very easy to download and install; the bad news is that it is only available to PS4 users. XBOX players will have to make do with playing with unofficial team names, such as London FC, Man Blue, Merseyside Red and so on. Naturally, PC users have never been bound by any chains when it comes to modding - so loads of different custom-made option files are out there, just waiting to be downloaded by the members of the master race. The patch that is touted as the best of its kind, though, is only available on the PS4, and it can be found on  which is a community dedicated to improving the overall PES experience.

The process of installing the option file can be somewhat time-consuming, but it is definitely a rewarding thing to do as it gives the game a breathtaking new look.

To install the patch on the PS4, simply follow the instructions below:

2. Create a new folder on the USB called WEPES

4. Move all downloaded files to the WEPES folder (do not edit the files in any way)

7. Select Import Team, tick all of the boxes (the number of boxes will vary based on how many teams you have imported) and hit Next

8. Do not tick any of the boxes on the Detailed Settings page

9. Wait for the files to be added to the game

10. Save your progress on the Data Management page (make sure to do this often because the game is known to crash at certain points whilst applying the patch)

For a more detailed tutorial on how to apply the option file, check the video at the beginning of this article.

Following the steps in the tutorials provided, you should now be able to enjoy a fully licensed version of Pro Evolution Soccer.

Will this close or at least narrow the gap between PES and FIFA? It surely seems so.