How to license Pro Evolution Soccer 2019 fully on PlayStation 4 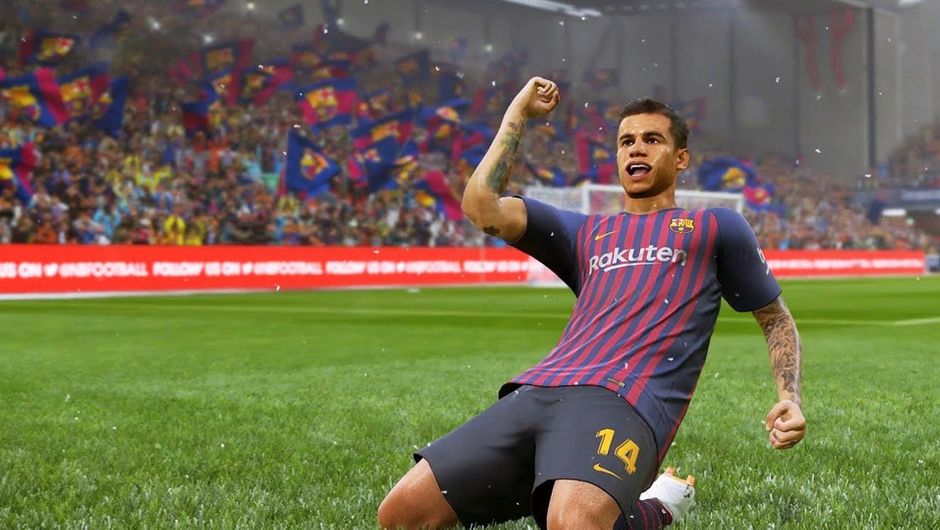 Konami have really stepped their game up with PES 2019, but it can be even better. Here's our guide on how to install all the official team and player names, kits, competition emblems and more using a very simple custom option file.

Every year, a new PES game comes out and it faces the same problem every time: few to almost no major licences. However, there's a workaround for this that's incredibly easy to do if you have a PlayStation 4. If you're gaming on the Xbox One though, that's kind of a bummer because the method that we'll show you works only on the PS4.

But if PC is your platform of choice, then you got it best as usual. You can just download any custom option file from the Internet and you're good to go. On the PS4 however, it's a bit more complicated than that, but nothing too serious. Let's show you how it's done.

The first thing you want to do is download this  created by the very talented . After you download the file, simply extract it to a USB stick. Make sure that you do not rename or delete any files from the WEPES folder. Also, your USB stick needs to be in FAT32 format, otherwise your PS4 won't be able to read it. And that's all you got to do on your PC. Now let's move on to what you have to do on your PS4.

First, open Application Settings and delete any Edit Data under PES 2019 that you possibly might have. In case you've never made any changes to the game, you can skip this step. Then, start up PES 2019, go to Extras and then Edit. Here, you will get a screen asking you to create Edit Data, hit Yes and then just wait until the edit data is created.

Once that is done, go to Import/Export and this is where it all goes down. Press Accept and hit Import Team and then select all files by pressing the square button and then hit next. This will take you to a screen with some detailed settings. It's important that you do not tick any of the boxes. So leave everything unticked and hit okay.

Then you just have to wait until all the custom-made teams are imported. This can be a somewhat lengthy process, it took us about 15 minutes - so just be patient and maybe go grab a cup of coffee until it's all done.

When that is done, go back to the Edit Menu screen and save your progress because the game is known to crash sometimes when importing all the teams. So just to be on the safe side, save all the changes you've made so far.

Now we'll show you how to import the correct competition emblems. Konami have made it super easy this year as well. Simply go to the Import/Export screen again and select Import Competition. Then select all files like before, leave the detailed settings unticked again and let the magic happen.

After that's done, you will have all existing teams and competitions fully licensed in PES 2019. Again, after importing the competition emblems, make sure to save your progress and you're done. Note that this patch works in both offline and online modes so say goodbye to MD White and Man Blue forever.

Applying this patch to your game is something we strongly recommend you do and it will take up about 40 minutes of your time, but you get to play PES 2019 in all its glory - we think that's a fair trade-off. If you got lost somewhere along the way whilst reading this tutorial and the patch isn't working for you, take a look at our for a visual step-by-step guide on how to properly install this custom option file.