Terraria heads for last update on its ninth birthday 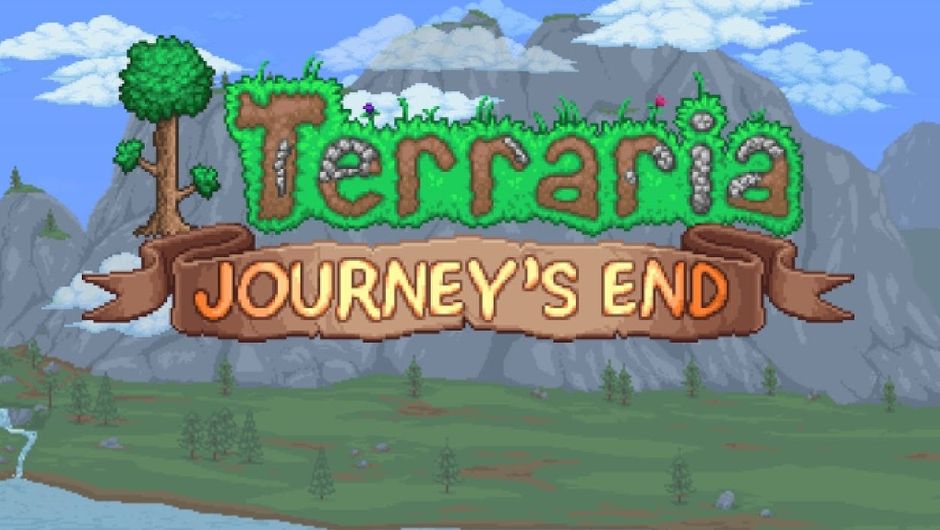 The end has finally arived

Nine years after release, Terraria is facing its last update and it is arguably the biggest one to date, with months of work behind it. The update will leave the game in a state where the developer can say that it is finally complete.

After nine long years of fun, Terraria is going to have its last update on May 16. The last official update , titled "Journey's End", will bring a plethora of new things that will reinvent the game and finalise its form forever.

First on the list in this update is the Journey mode, designed to make the Terraria experience more accessible to all players. It allows for limitless duplication of items or setting the game difficulty on the fly. It's meant to create a specific, personalized experience for every player. A very interesting part of the new addition is the Master Mode - the ultimate difficulty level that doesn’t look too pleasant.

On the more relaxing side of the update is Terraria golf. You can now play golf with your friends and create golf courses. Once the update goes live, three handcrafted golf maps will be at your disposal to test the new model.

The update also brings atmospheric effects to the game - weather effects such as rainstorms, wind and the movement of natural elements like trees and grass. All of this is meant to create a more lifelike feeling to the game and create a more in-depth experience.

505 Games Terraria can be scary

In an effort to make the game more immersive, a bunch of little details were added, such as sitting, lying down, and even petting animals. And yes, even player emotes are now in the game.

Aesthetically, the game has been changed with world generation that was finally fixed and polished to perfection and even new elements have been added to spruce up the environment, such as mini ibomes.

As far as quality of life is concerned, one of - if not the most - requested feature is finally here: block swap. Yes, block swap is now a thing and it makes replacing the block in your little building or giant castle a breeze. It does have some limitations though, such as the currently equipped pick being able to remove the block you want to swap out, but it removes the manual act of digging it up and replacing it which is a bonus.

To make the last update the best of all time, the dev team went for a full rebalance of items and enemies in-game. Stat changes, functionality changes and all sorts of fun stuff to make the game feel new even to day one players.

Weapons and armour have had some changes as well. For example, short swords can now stab in all directions, flails are now useful again and the medusa head has a totally new function. The armours now have special effects, like the titanium armour's new ability to accumulate shards that spin around and do damage or the improved stardust guardian attack for the stardust armour. The new changes make the combat much more varied by revitalizing it and giving it a new feeling.

505 Games Take a rest at the oasis weary traveler

The visuals have been updated greatly all the way from sprites to animations, adding a new dimension to the game, and, in some instances - giving it a completely new feeling.

A bestiary has also been added to the game so that you don’t have to look up facts about your enemies online. You will the bestiary by slaying mobs and learning facts about them while you are at it. To make your new weapons useful, 19 new enemies have been added for you to seek out and destroy. Not all new creatures are bad however, and you will get 22 new creatures to find and mess around with.

The world also got a lot livelier with the new NPC happiness system. NPCs will now react accordingly based on their happiness level, making it in your best interest to make them happy as you could benefit from this greatly. And what would that great benefit be you ask? Well, it is pylons of course.

Before you even ask the question, pylons are given to you by happy NPCs in a specific biome, and they allow instant teleportation between pylons making traversing great distances a matter of mere moments.

New music tracks and texture pack support are the icing on this 9-years-in-the-making cake, and the final cherry on top is the fact that over 450 bugs have been addressed and the new content was made virtually bug free.

This was just skimming the surface of the many changes, improvements, bits and bobs added or changed in the game, since the changelog of the game is over 40 pages long.

After nine long years, the journey has finally come to an end, but the end seems more like a new beginning than anything else. With all the love and passion poured into this game, it has created a permanent mark in many lives and a legacy that will last for as long as the game can be booted up and enjoyed.

Blightbound, a multiplayer dungeon crawler, will be available via Steam Early Access in late July. The game will launch with a 10 per cent discount from its $19.99 price.

It's Pilot Week in GTA Online and that means a free glider, Triple Rewards for winning Stockpile and Double Rewards on all Air Cargo Sales. The podium vehicle of the week is the Dewbauchee Vagner.

Rumour has it that a new Batman game, which should be revealed soon, might borrow the Nemesis system from Middle Earth: Shadow of War and Shadow of Mordor games.

Recent Twitter accounts of Perfect Dark and Fable reboots have fueled the speculation about a big comeback from Xbox's two franchises but you should not get your hopes up just yet, according to Aaron Greenberg.

Sea of Thieves will soon become home to Custom Servers. The feature will be shared with the players who have already demonstrated drive and creativity first.

PlayStation 5 and Xbox Series X owners will get the next-gen version of Marvel’s Avengers for free. They will also be able to transfer their profiles and progression from the PS4 and Xbox One versions of the game.

A free giveaway of Rockstar's mammoth Grand Theft Auto V on the Epic Games Store caused PC player numbers to jump 245 per cent from April to May 2020, according to Superdata report.

Sea of Thieves' newest monthly content update titled Haunted Shores will bring a new enemy to the mix. The new Ghost Ships are led by Burning Blade and will drop some out-of-this-world plunder.

Ark: Survival Evolved is currently free to keep on the Epic Games Store

Ark: Survival Evolved is currently free to keep on the Epic Games Store

Ark: Survival Evolved's price on the Epic Games Store has been slashed to zero. Studio Wildcard's 2017 survival game will be free to keep until June 18, 2020.