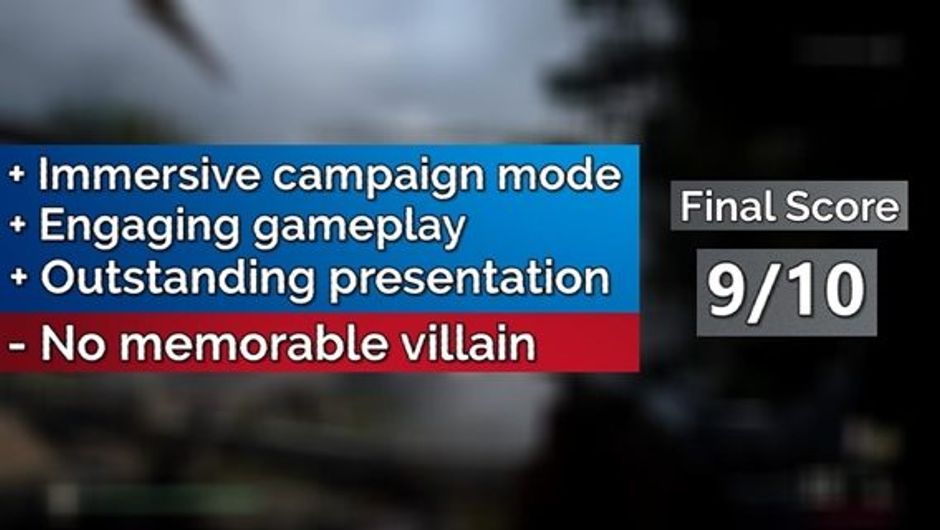 Call of Duty: WWII might be the game that could set this popular shooter back on the right track. Read on our watch our video to see what we had to say about this game.

We've been playing Call of Duty: WWII non-stop since it came out, and we gotta say - right off the bat - that this game serves as a great reminder of what made Call of Duty such a giant amongst shooter games. After a series of futuristic titles that didn't seem to care much about their original fanbase, we finally have a game that's well worth every penny.

As its very name suggests, Call of Duty: WWII covers the events from the Second World War. It tells the personal story of boys who became men and soldiers overnight, as they land on the Omaha beach where they were welcomed by heavy machine-gun fire. The game holds nothing back. You start the campaign from D-day, which serves as an introduction of the tone of the campaign mode.

Activision You start the campaign on D-day. 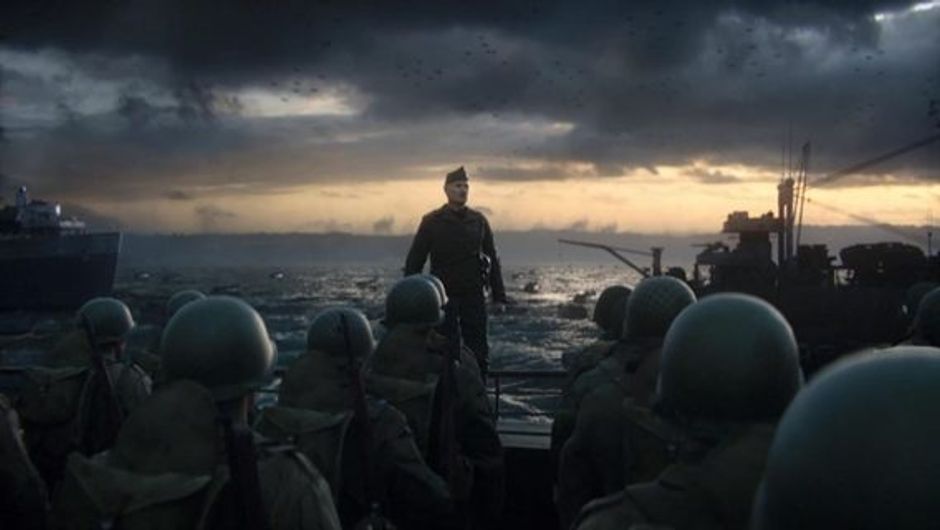 You play as Ronald Daniels who wants to live up to his father's legacy who was a WWI veteran. The campaign mode of the game is absolutely brutal. It truly does a fantastic job of conveying the atmosphere of war. During the battles, you will perform various heroic actions, such as taking on the vastly superior enemy rushing head on, capturing enemies instead of shooting them, dragging a fellow fallen soldier to safety and so on. 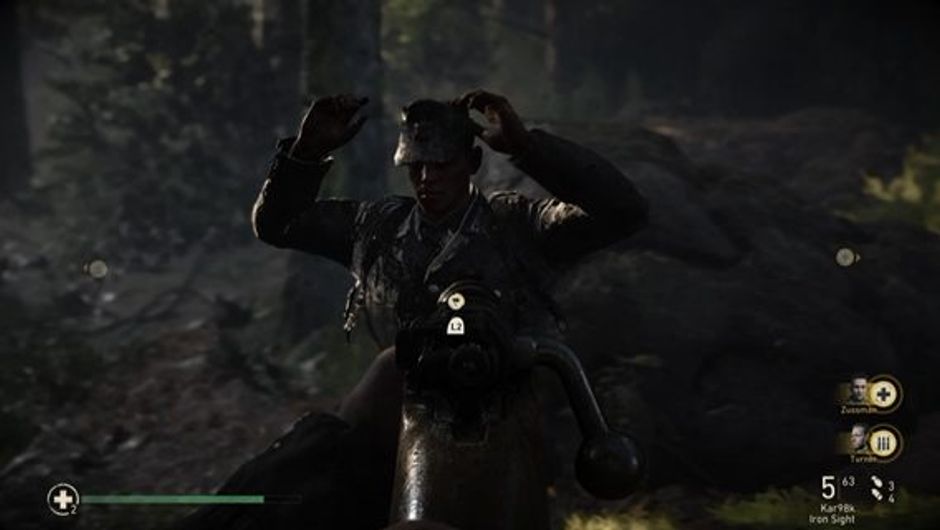 The campaign covers all major events from the war, but it also delivers in some other areas that are usually left out in the official histories. For example, one of the Jewish American soldiers, Zussman, does not get on well with his superiors solely for the fact that he is Jewish. A black officer gets almost no respect from his squad mates. A woman kills the commander who killed her entire family, which reminds players that women played a big role in the war, which is something you don't often hear on TV.

Going back in time means slowing the pace of multiplayer - something Call of Duty was in desperate need of. Previous games have felt much too arcadey and gave almost no sense of shooting realism, like, for example, Battlefield. This time around though, things have changed, as you have time to plan your steps. You have time to think about when you need to run for cover, when to refill your ammo and so on. Call of Duty multiplayer is no longer rushing into your enemy base whilst holding down the shooting button in hopes of getting a few lucky kills. 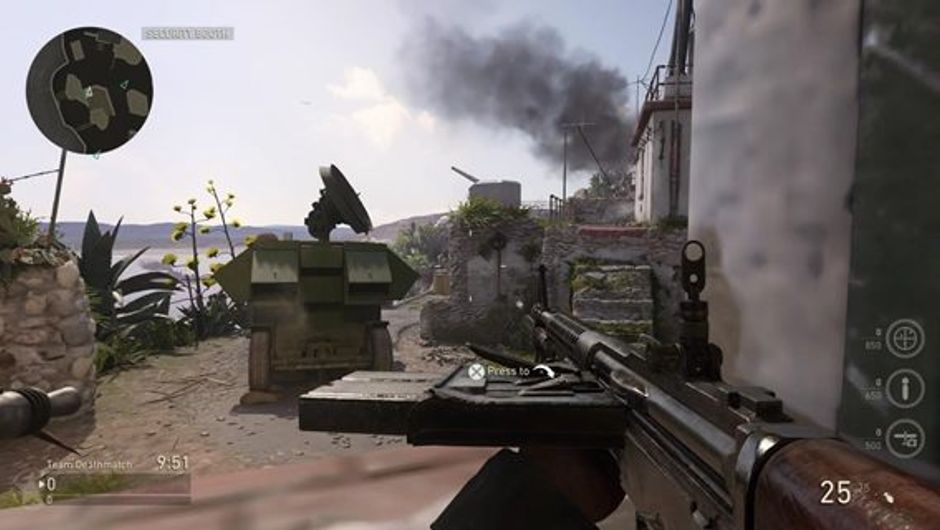 A new mode called Headquarter, or HQ, is a great addition to multiplayer mode. It serves as a social hub where players can practice to enhance their skills even more. You can, for example, go to the shooting range where you can practice your aiming skills which really pays off the in the long run. 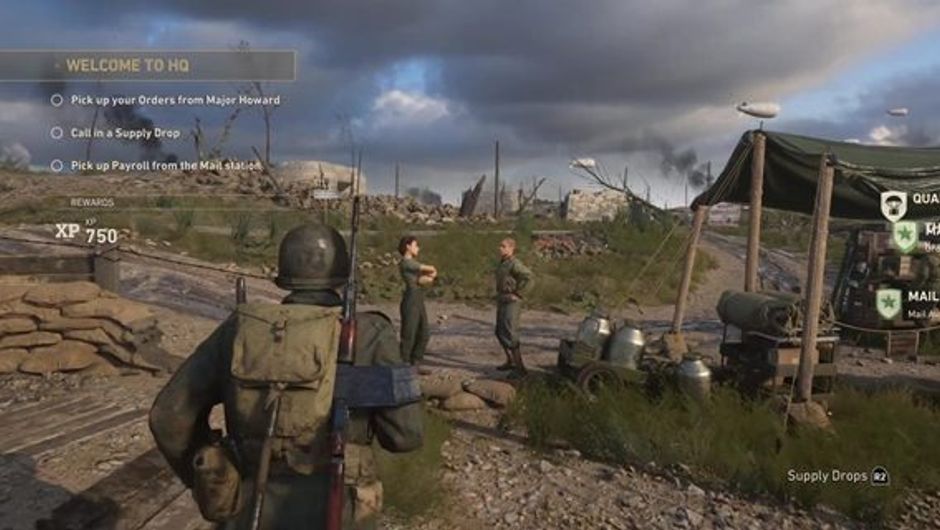 There's also a number of different daily and weekly tasks that you can do in order to earn rewards that can help you out along the way. It will be interesting to see how this social aspect of the game develops in the future.

Call of Duty: WWII is a gorgeous looking game. Sledgehammer really went out of their way to create a game with impressive realism. There are so many subtle details that add to the overall immersion, such as rains of enemy artillery fire that just pour down from the sky on you. The trees in the woods are packed with shells that pre-set to explode, sending splinters in all directions, which is terrifying - but still a sight to see nonetheless. 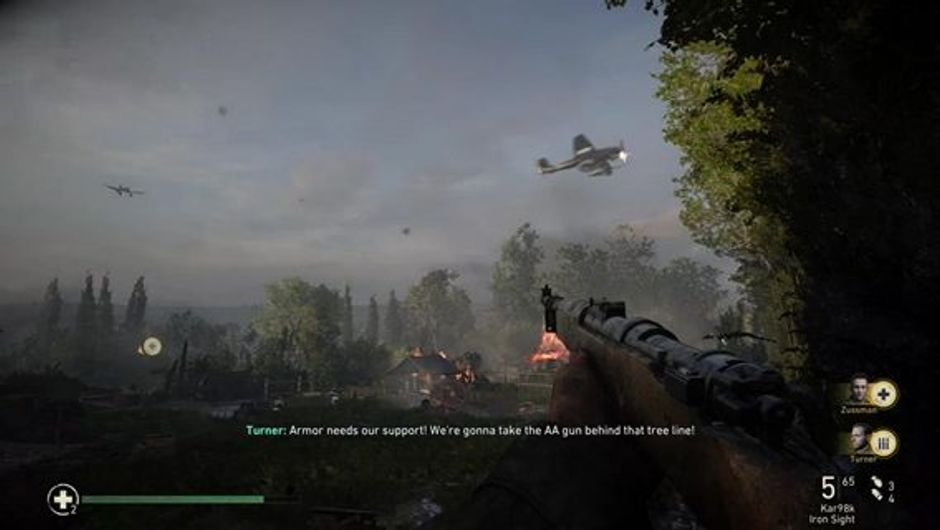 The landscapes in the game are beautifully designed, so much so that, despite the fact that you're trapped in hell on earth with ashes, blood and fire all around you - you can still appreciate the beauty that even such an image can convey.

Activision Even the most horrifying of images can be appreciated for their beauty. 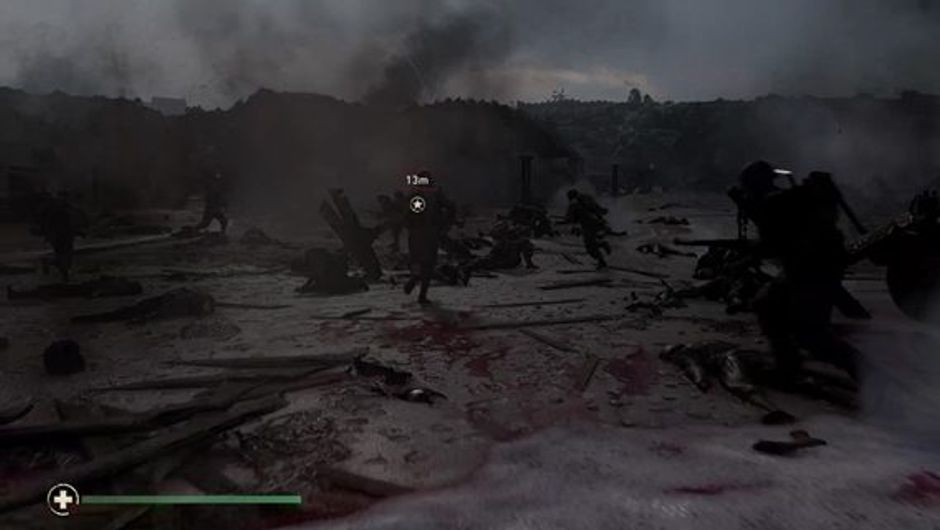 What really stands out in this game though, is the amazing attention to detail in the audio presentation. The sound of machine guns firing, bombs exploding, planes flying over your head is really, really something else. As you move through the forests and valleys of these war-torn areas you just cannot help but be completely immersed in the moment. Being able to convey the brutality of war is of crucial importance in games like this, and we think it's safe to say that Sledgehammer knocked this one out of the park.

Activision going back in time with Call of Duty: WWII was probably one of their best ideas in the last decade. We can already safely say that this game will be taking up most of our time in the near future, simply because of how good the game is.

The gameplay feels smooth, multiplayer is finally what it should be, in other words - it's just an authentic Call of Duty. But of course, we're not saying that the game is perfect. We did face certain connectivity issues when going online, and we can't escape the feeling that the game could do with a memorable villain. Call of Duty: Advanced Warfare had Jonathan Irons for example, and we think it's a shame that the villains in Call of Duty: WWII have such small roles in the game.

Overall though, with the amazing campaign and the realistic multiplayer, a truly impressive presentation with superb attention to detail, we have to say that Call of Duty: WWII will go down in history as one of the best Call of Duty games ever made.

Blizzard has posed the details for the Junker Queen's abilities in Overwatch 2 ahead of the next beta so players can familiarise themselves before the test begins.

Blizzard dug themselves a pretty big hole and even the announcement of release date for Overwatch 2 has been marred by the consequences.

Blizzard revealed a lot during the Xbox & Bethesda Showcase, including the release date for Overwatch 2, monetisation change and a new hero.

If you're looking for a best burst fire weapon in Call of Duty: Warzone, we might have a solution in this AUG loadout.